Exploring the best collection of contemporary artworks by Iranian pioneer artists and other collections including the 19th and 20th- century works by the European and American artists.

Photos of the Tehran Museum of Contemporary Art 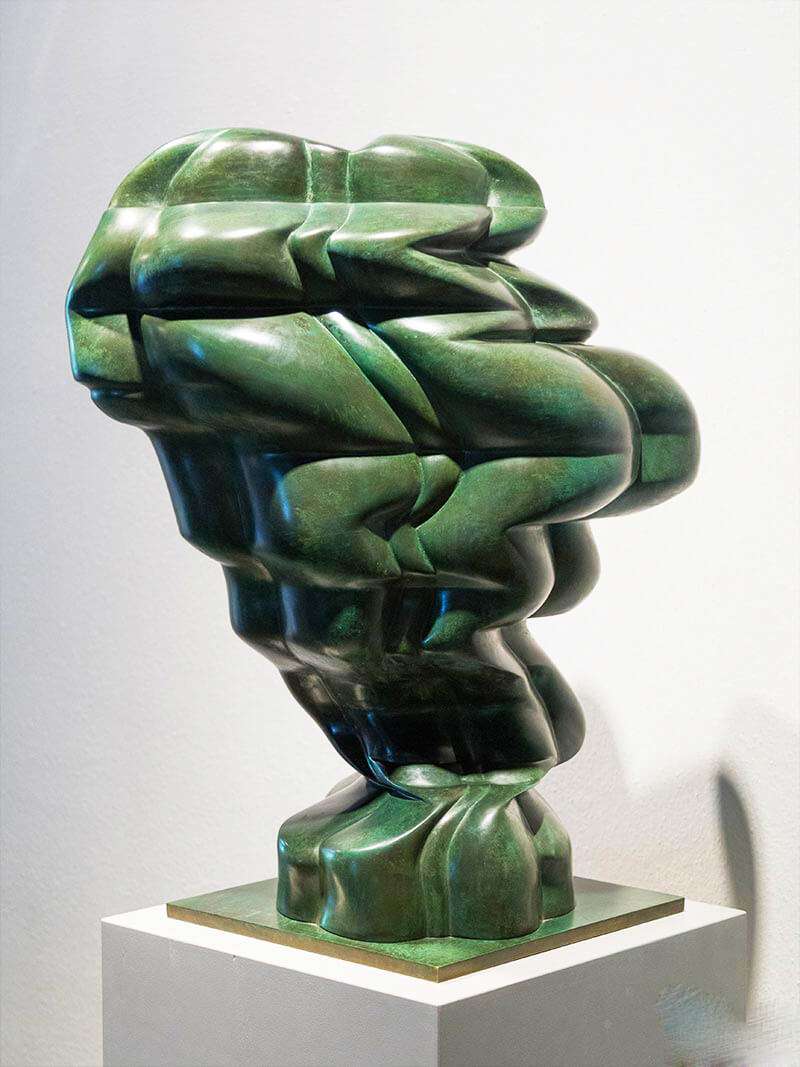 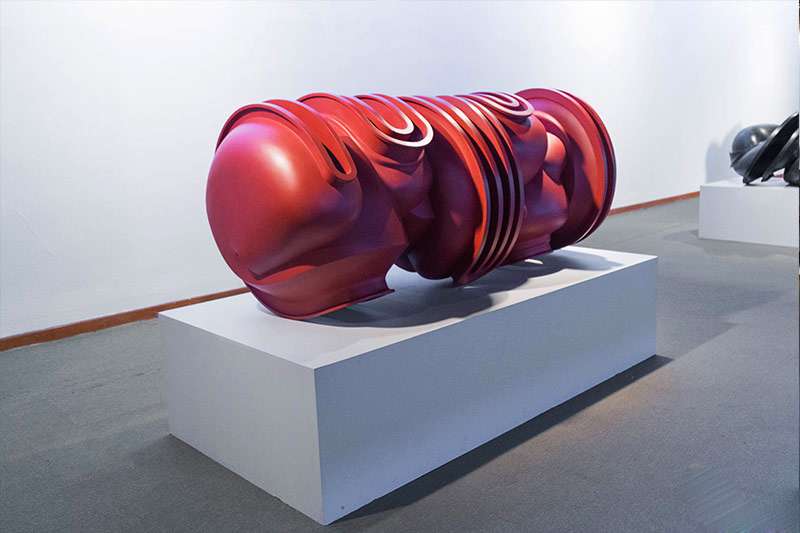 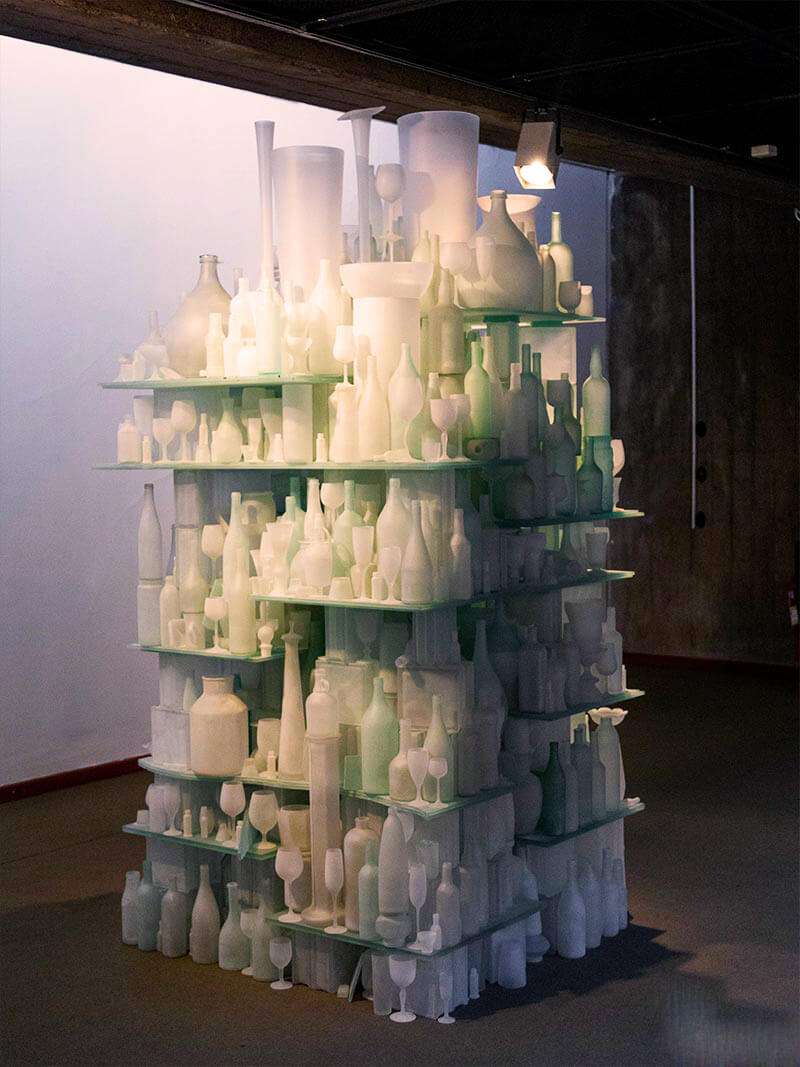 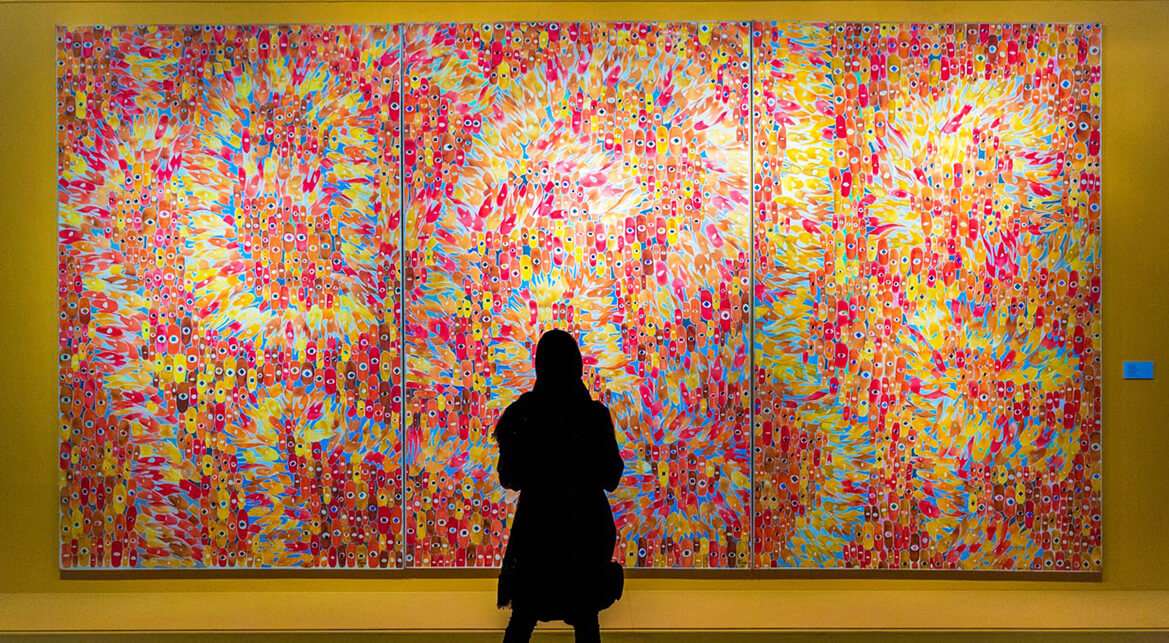 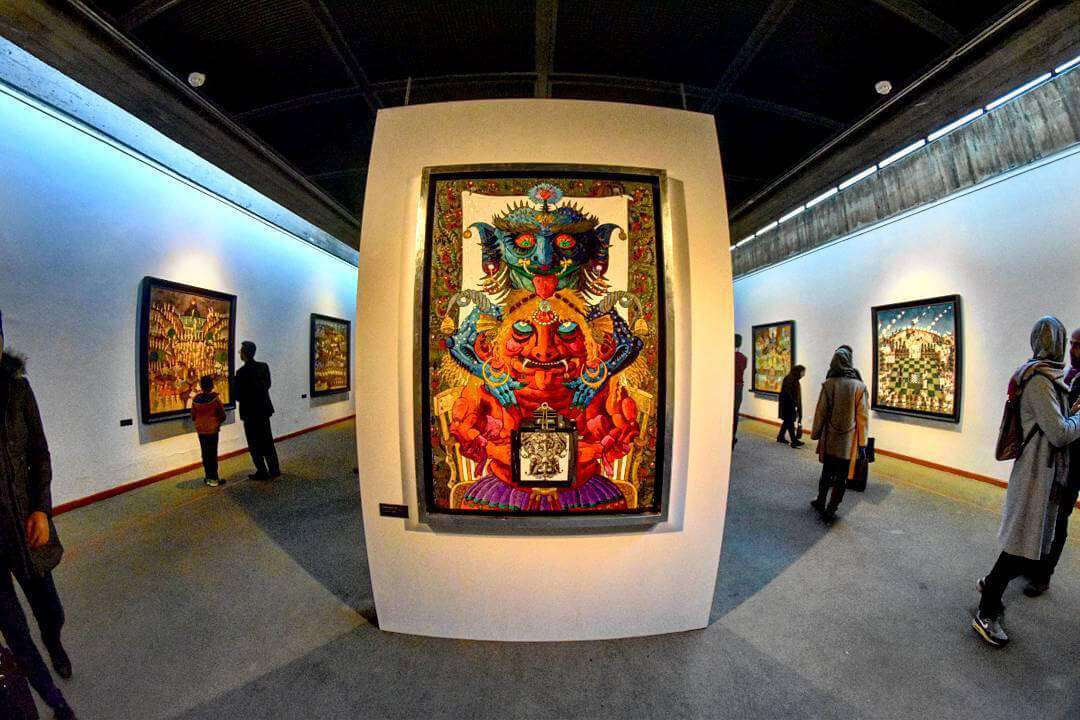 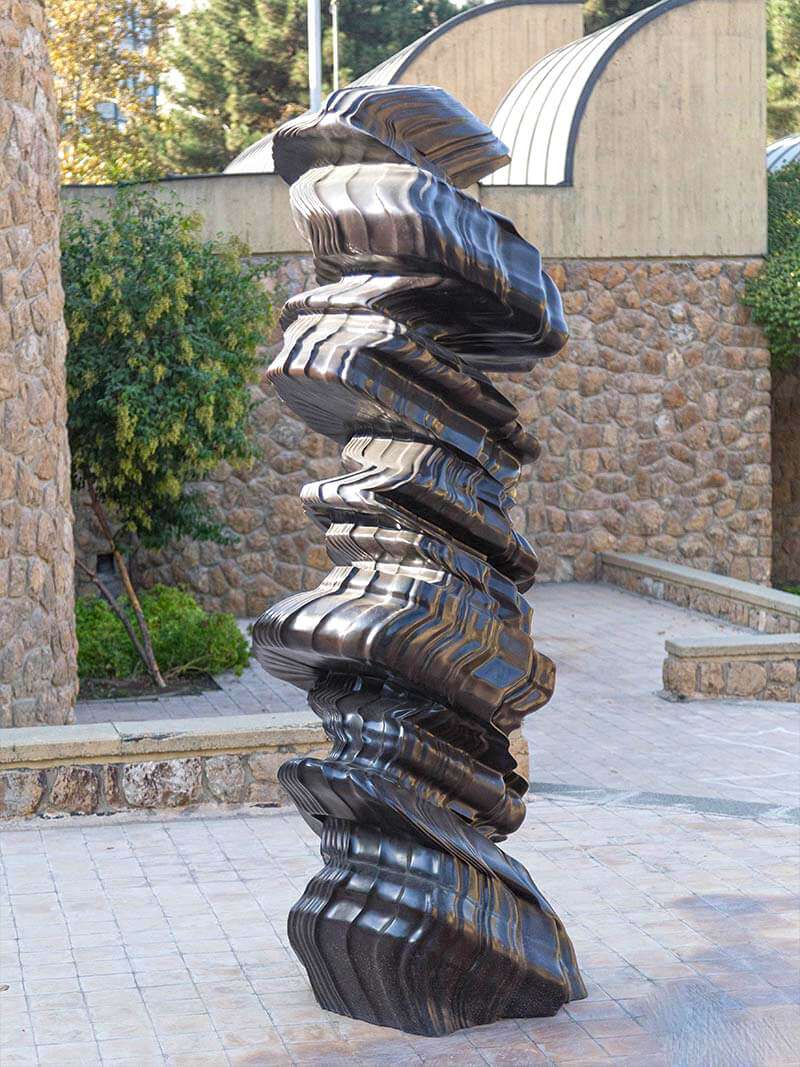 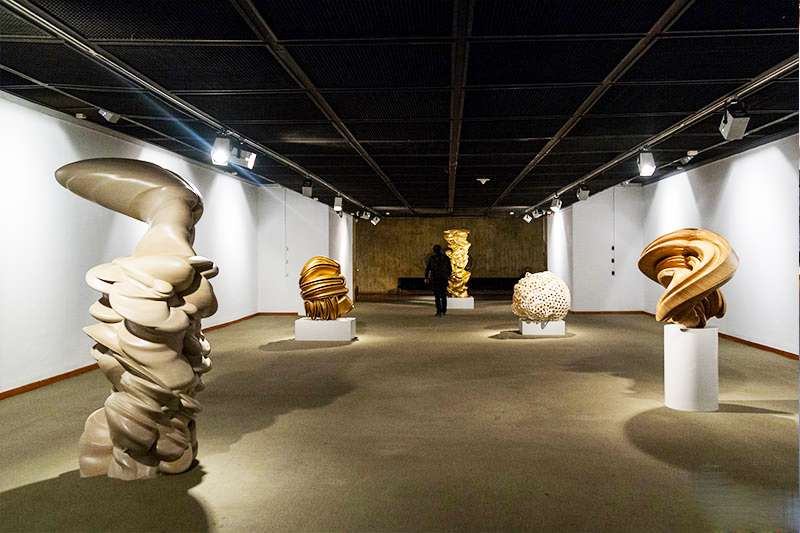 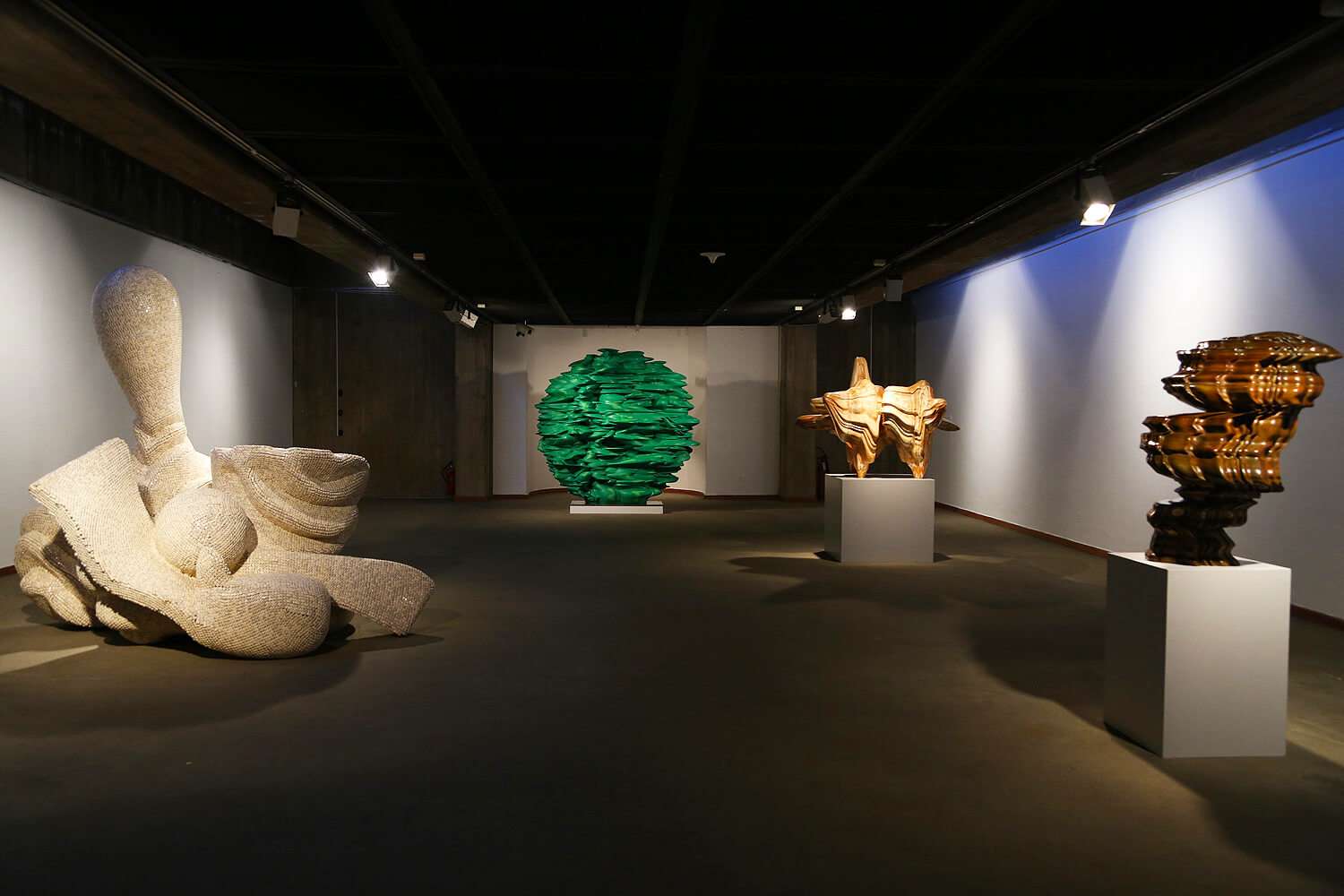 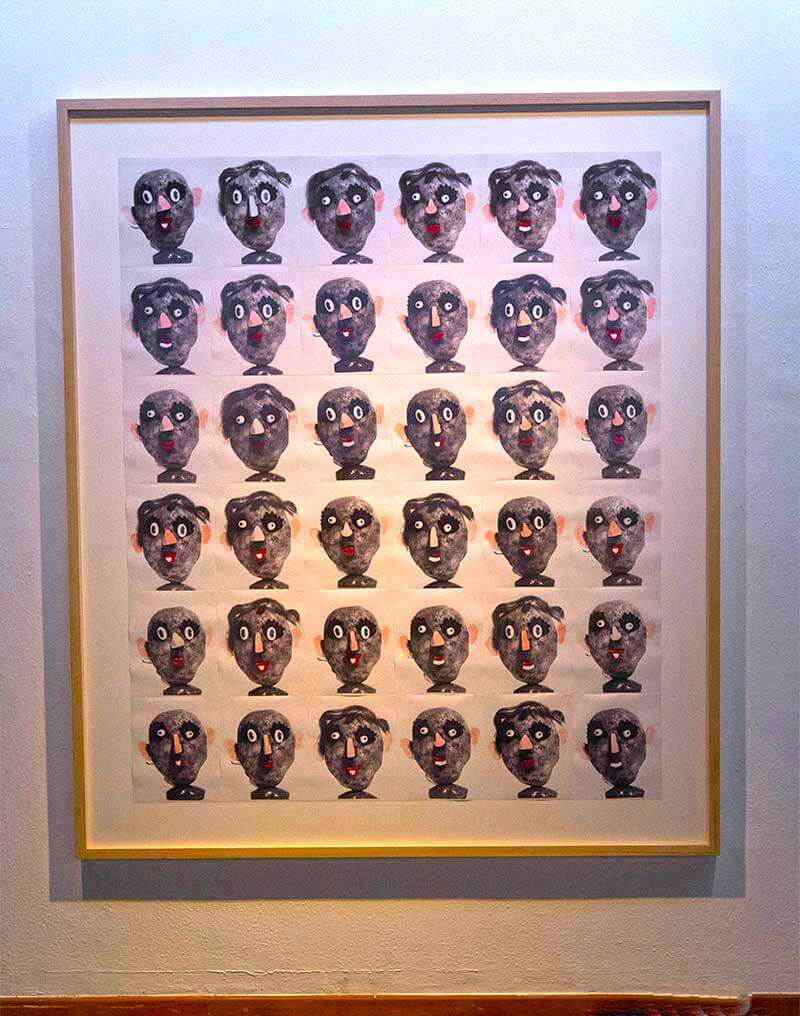 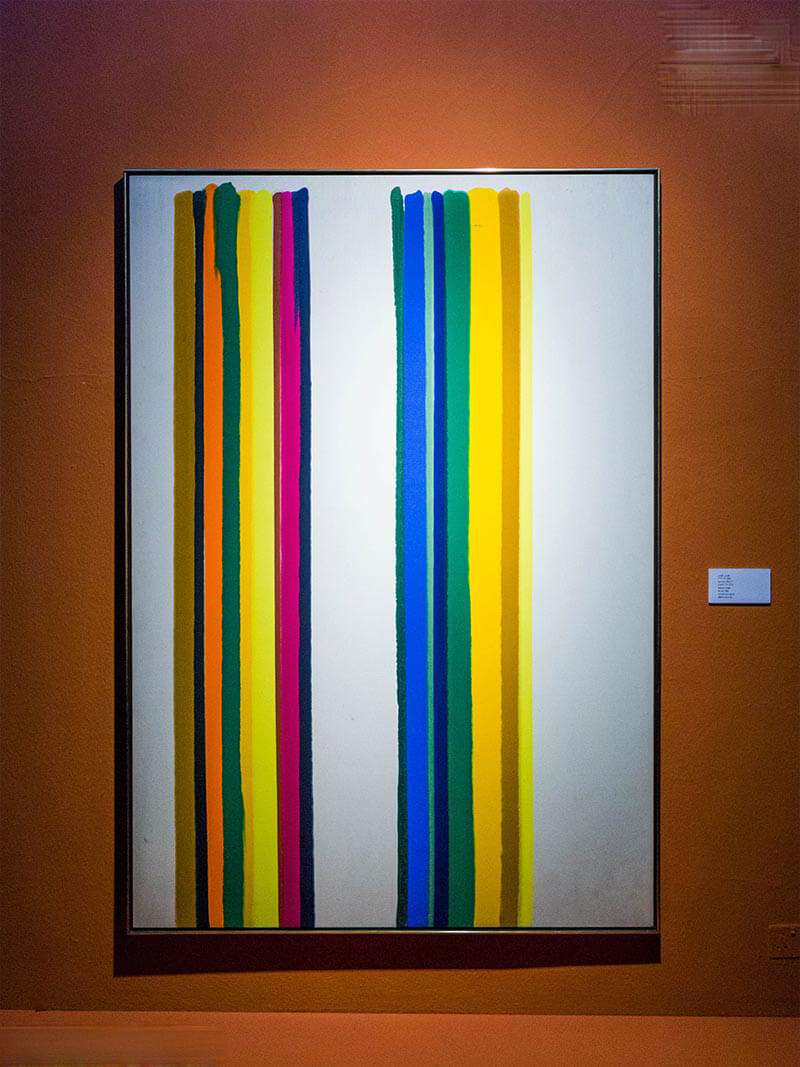 The rigid bond with the academic painting declined in the late 1940s in Iran. After the death of Kamal al-Molk, a new chapter opened in the evolution of Iran's art. The presence of European figures in Iran, like Andre Godard, and the immigration of a group of students to Europe and the United States to study arts created a context for the blossoming of modern art in Iran. The idea of building a permanent place to exhibit the Iranian and western contemporary art was developed in 1966; however, the construction was completed in 1977. Kamran Diba, a prominent Iranian architect, designed this museum after the wind towers (Badgir) of Yazd.  This 8500 square meter garden-museum was opened to the public on the occasion of Farah's birthday, the Queen of Iran at the time. To accomplish this unique project, Kamran Diba made use of traditional elements of Iranian architecture, while influenced by Le Corbusier’s work and museums built in New York. So, the museum itself is an example of modern art inspired by traditional concepts. After the Islamic revolution, works from the western art were stored away until 1999.

Inside the museum, visitors make their way through the gentle slope of eight continuous galleries. The modern spiral walkways, while in contrast to the traditional exterior, continue to thrill visitors, and provide a unique presentation of contemporary art. This multi-leveled presentation of arts provides a peaceful escape from the bustle of Tehran for a few hours.

The objects kept in this museum are categorized into three groups; the items preserved in the treasury, the items presented in the galleries and those on display in the garden. The collection contains more than 3000 works from Iran as well as other countries. Included among the international collection are Still Life with Head-Shaped Vase and Japanese Woodcut by Paul Gauguin, Gabrielle with Open Blouse by Pierre-Auguste Renoir, Baboon and Young, Painter and Model by Pablo Picasso, The Healer by René Magritte, Two–Pieces Reclining Figure, Three–Pieces Reclining Figure by Henry Moore and other works by other painters like Wassily Kandinsky and Claude Monet. The Iranian works comprise Aydin Aghdashloo, Sohrab Sepehri, Abbas Kiarostami and other famous artists.  The photography collection contains works from William Henry Fox Talbot, Nadar, and Alfred Stieglitz.

The museum also encompasses a library with 5000 books on art and architecture, a movie hall, a bookstore and a restaurant.

If you are interested in the abstract expressionism, this important center of art and art events in Iran is the right place for you with the works of Kandinsky, Motherwell, and Pollock.  Further to the north, you can see a statue garden where sculptures by Ernst, Giacometti, Magritte, Moore and Parviz Tanavoli are on permanent display in the garden.

In addition to permanent exhibitions, the museum consists of temporary exhibitions and different sections conducting different projects and holding events. The New Media Circle is a center for conducting projects, education, and research. Its activities include organizing galleries and undertaking art projects in the form of new media such as performance art, video art, web art, digital art, installation, sound art, cyber art, video performance, etc. The Cinematheque section is concerned with similar trends in the field of cinema. It introduces different chapters and figures of the history of cinema and organizes movie screening sessions. The Architecture and Urban Circle of the museum organize different events such as movie screening for the architects. The Design Circle is concerned with design in industry and the involvement of Iranian designers in the international scene. The Contemporary Music Circle attempts to promote and introduce the new trends in music, both of Iran and the world, by organizing scientific and research sessions as well as performances and workshops. It also publishes articles and enjoys a well-equipped library, providing a rich source of information for the professional architects and researchers.

The museum hosts unique temporary exhibitions by world-class Iranian and international artists. You can get the most recent information about the exhibitions on the official website of the museum: www.Tmoca.com
The museum is closed on Saturdays, and on National holidays (religious mourning days)
It is open from Sunday to Thursday from 10:00 AM to 6:00 PM, and Friday from 3:00 PM to 6:00 PM
Having grasped a general view of modern art, you can enjoy the coffee and Wifi in back yard cafe very close to Magritte masterpiece. The café-restaurant in the ground floor of the building overlooking Bagh-e Tandis (the sculpture court) where you can see four spectacular sculptures by famous artists: “Horse and Rider” by Marino Marini, Le Therapeute’ by Rene Magritte, and A Man and a Woman by Alberto Giacometti.