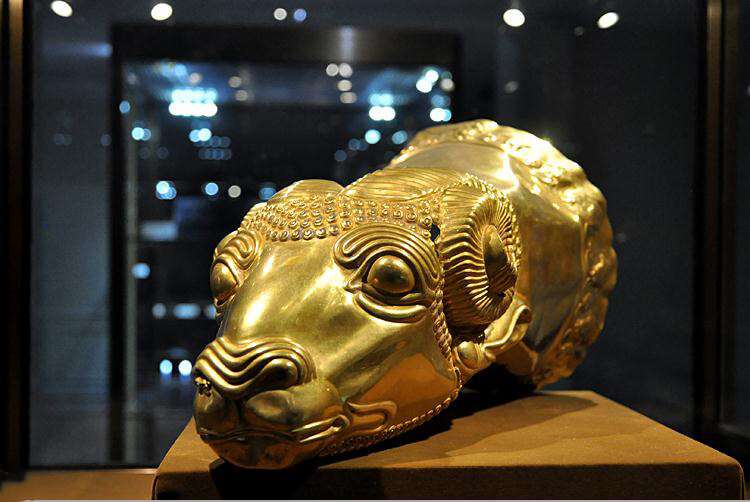 Visiting the museum dedicated to the famous Safavid painter, Reza Abbasi. A magnificent collection of Persian artworks from the 2nd millennium BC to the Islamic era is on display.

Photos of the Reza Abbasi Museum 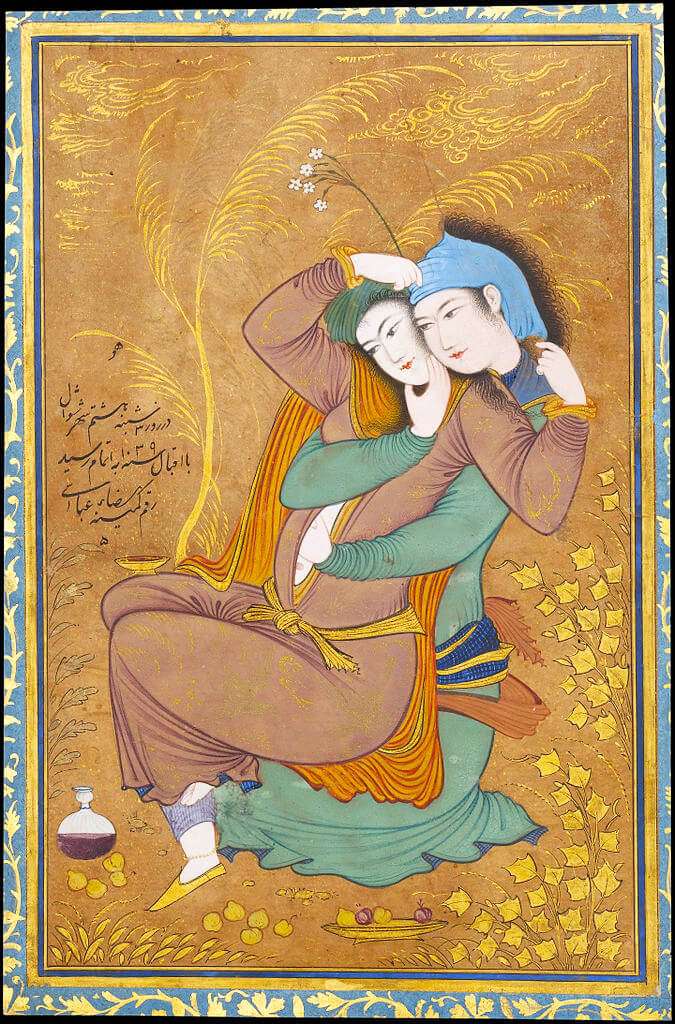 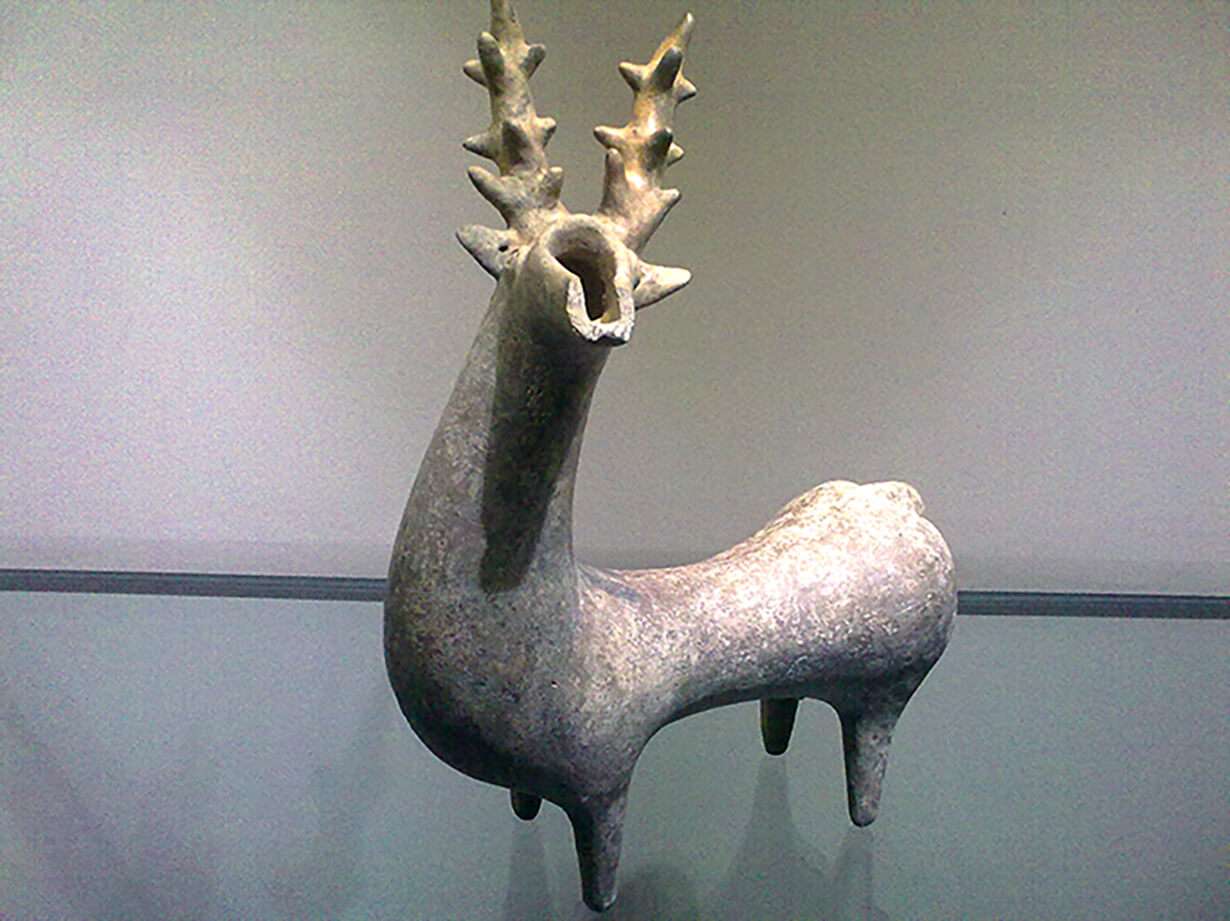 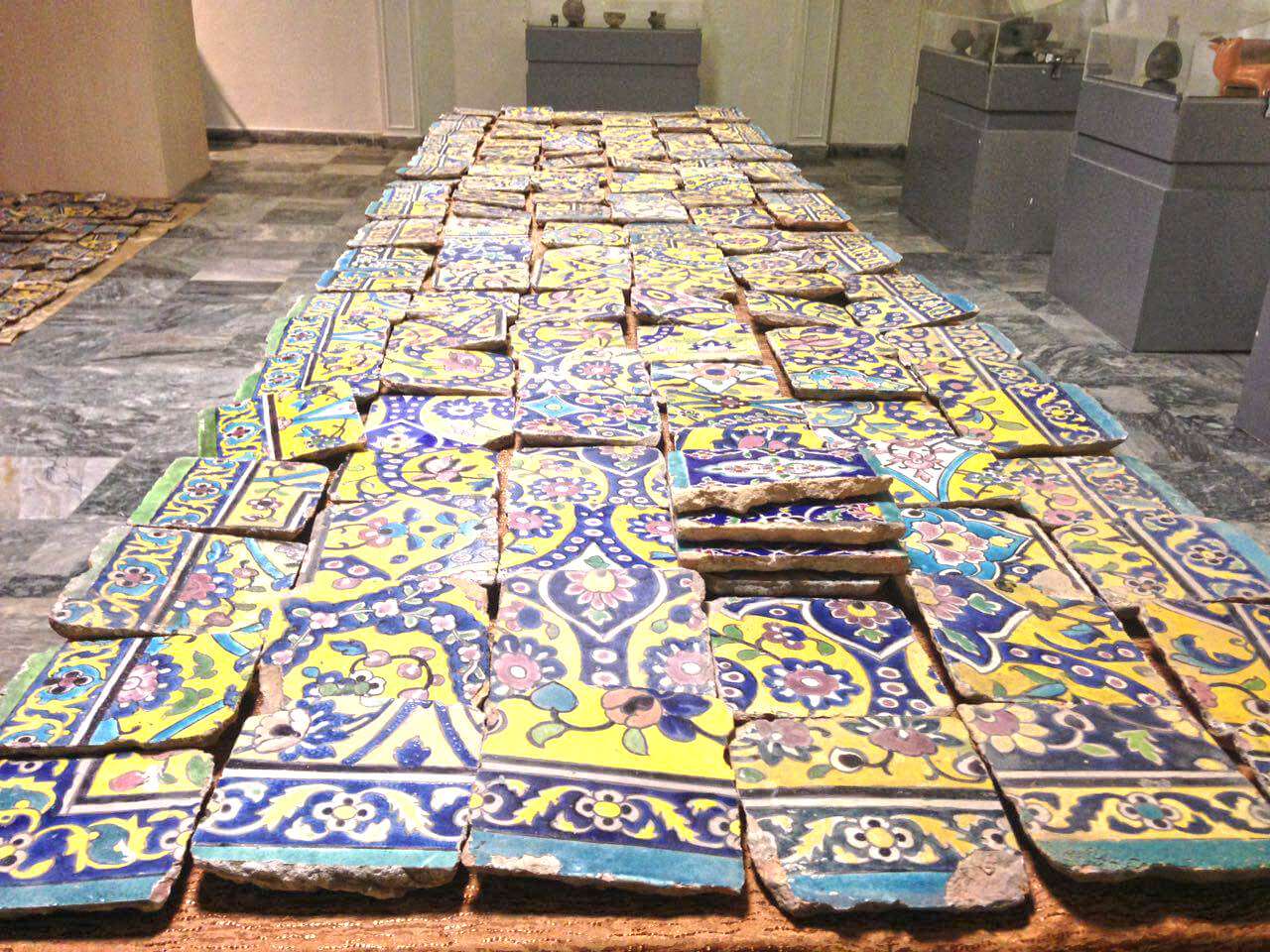 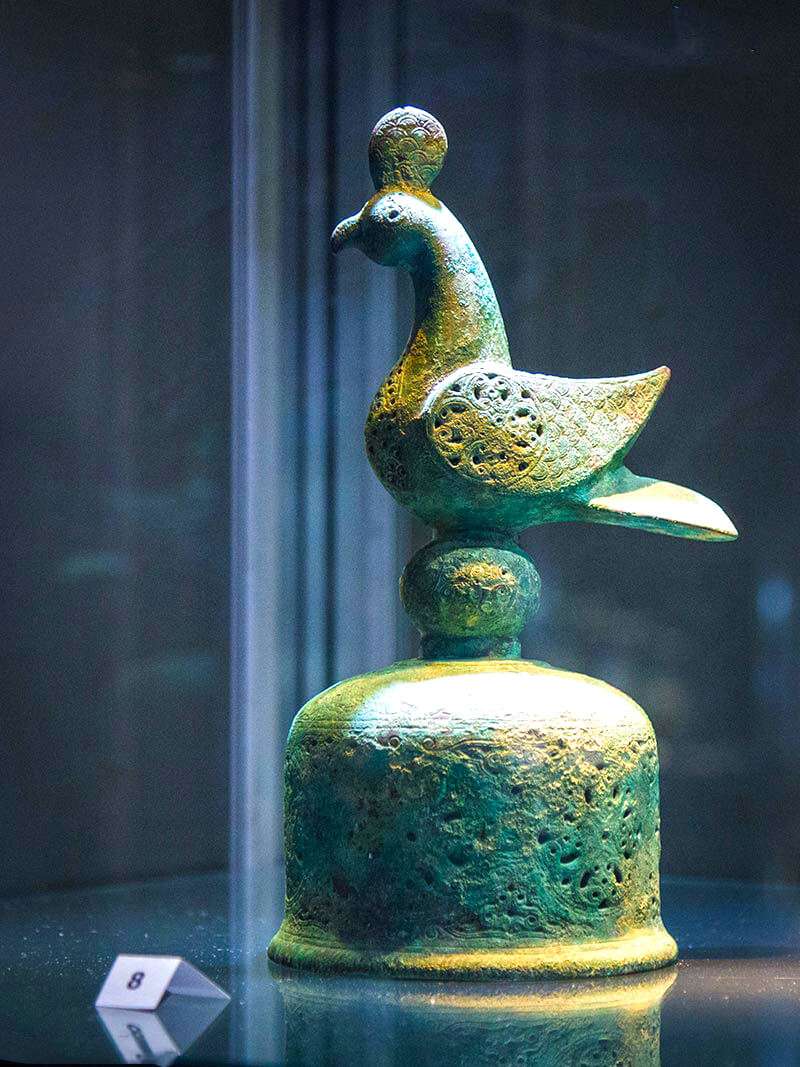 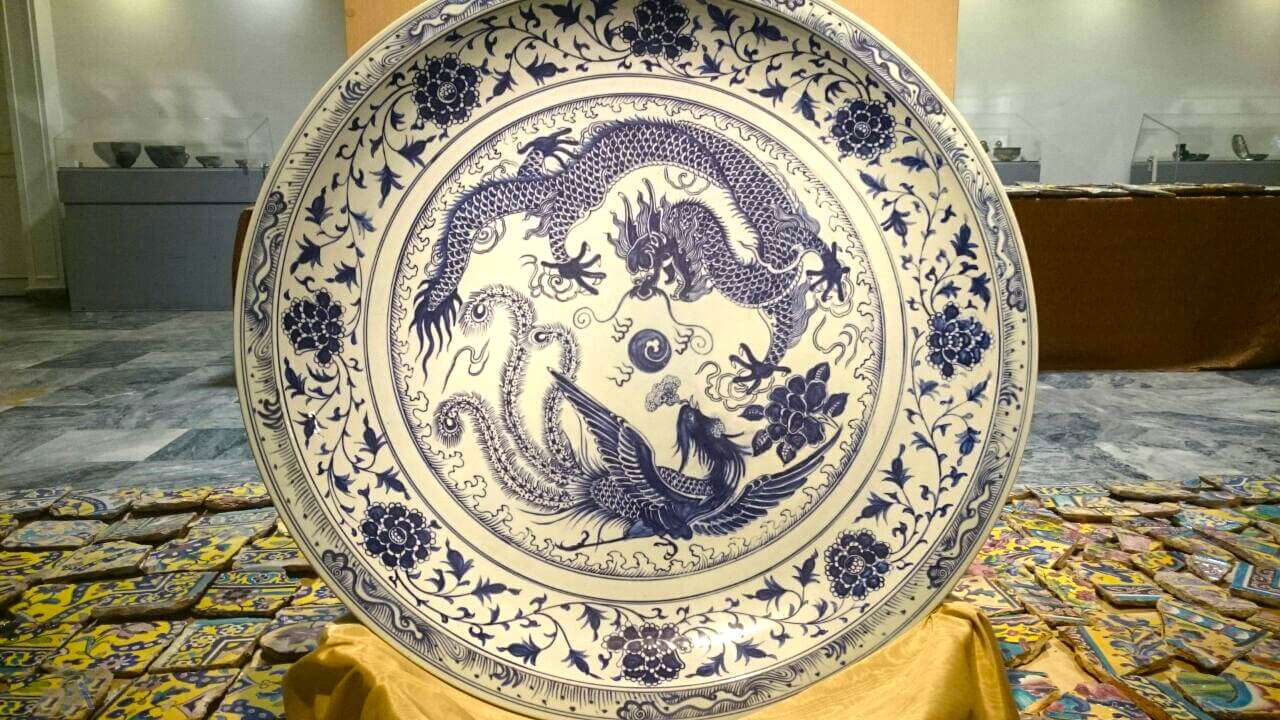 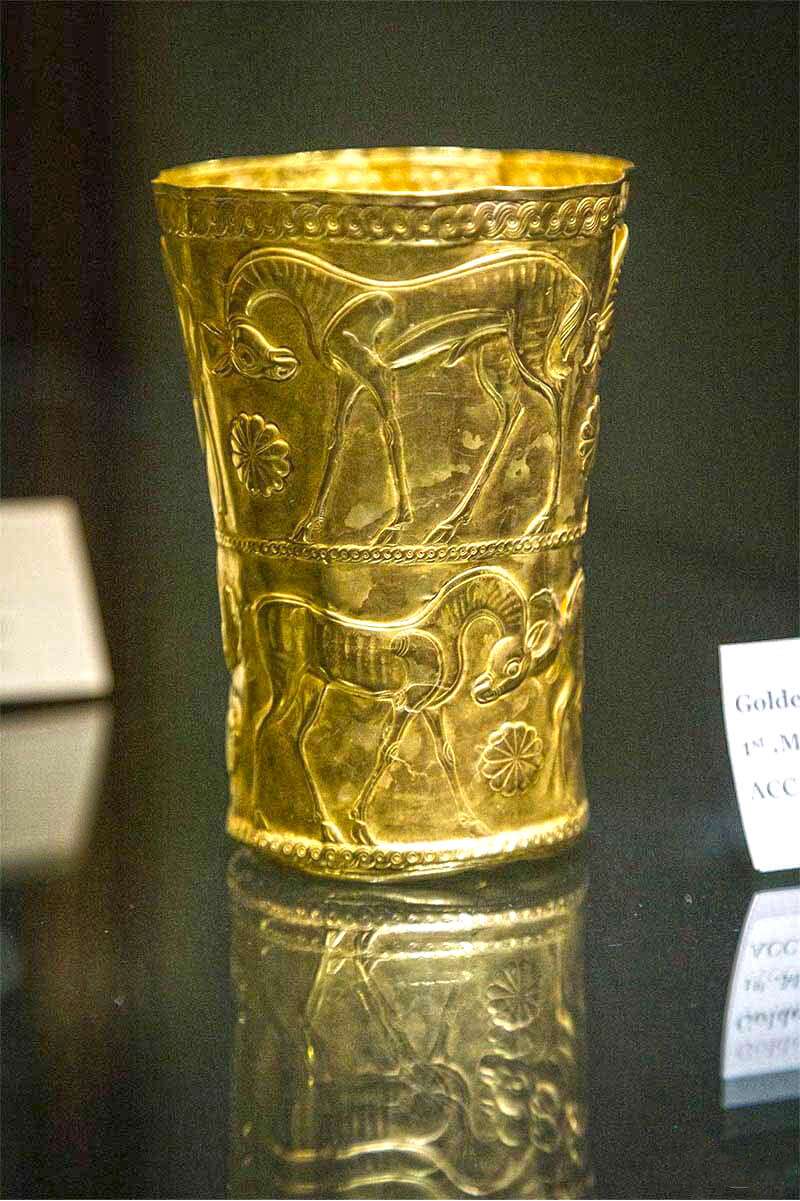 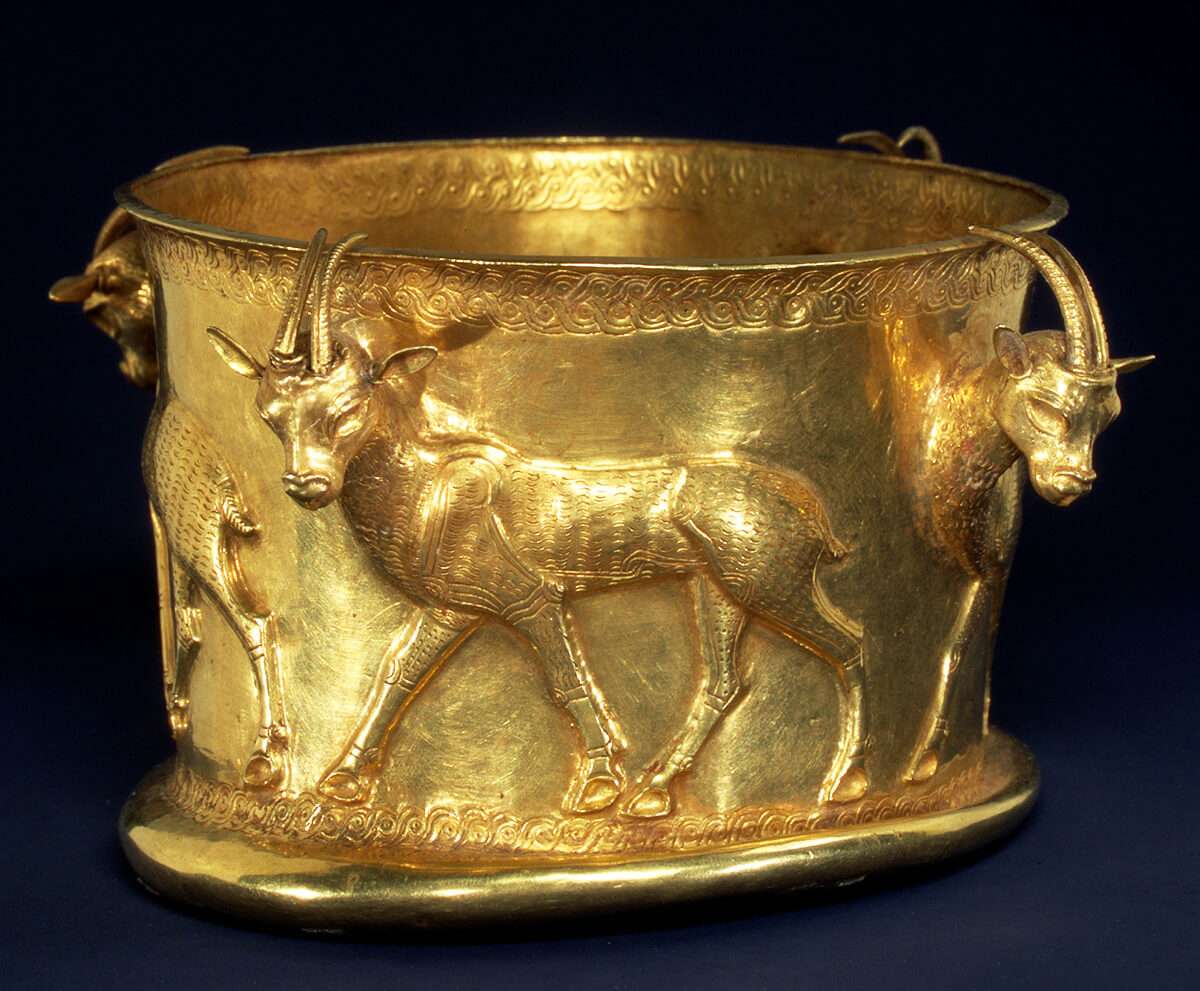 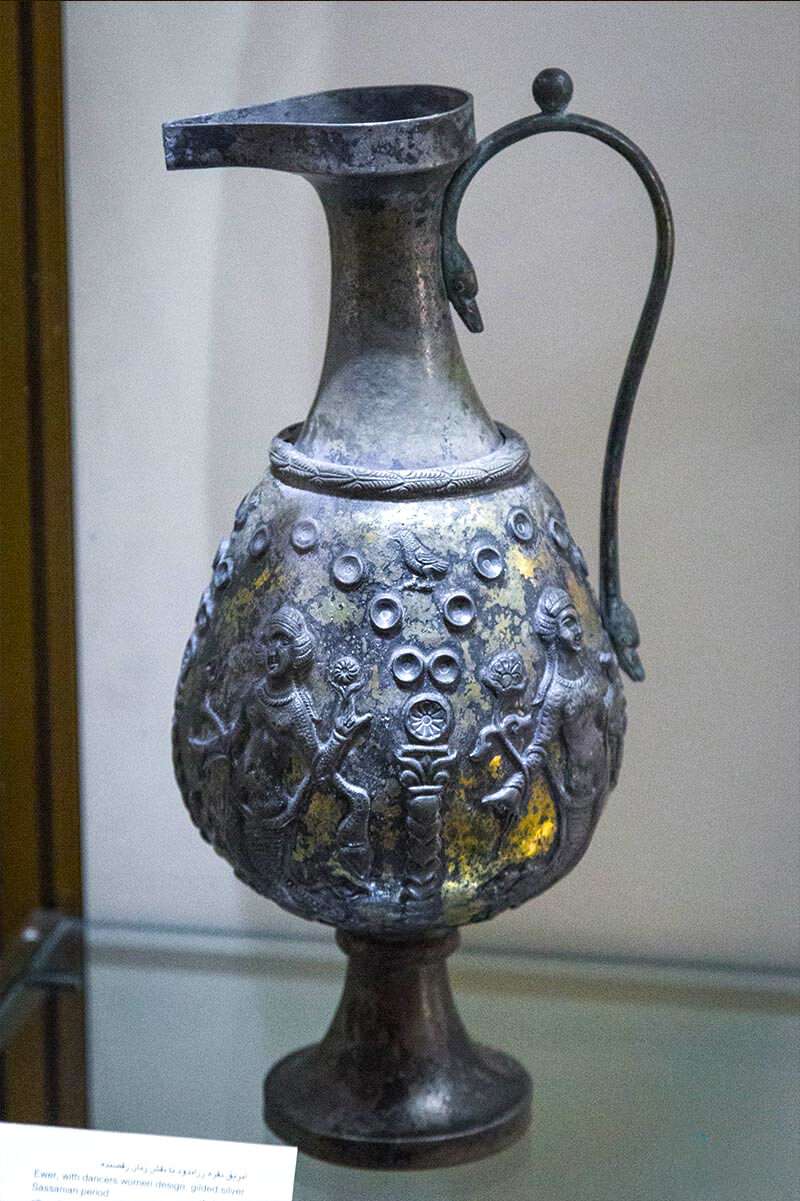 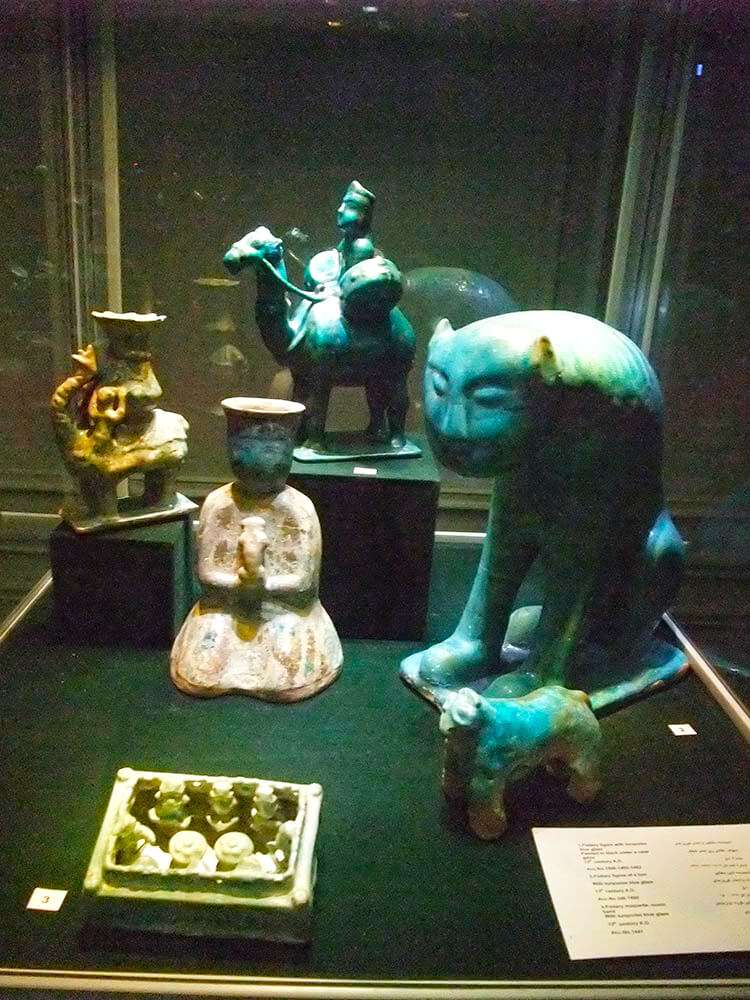 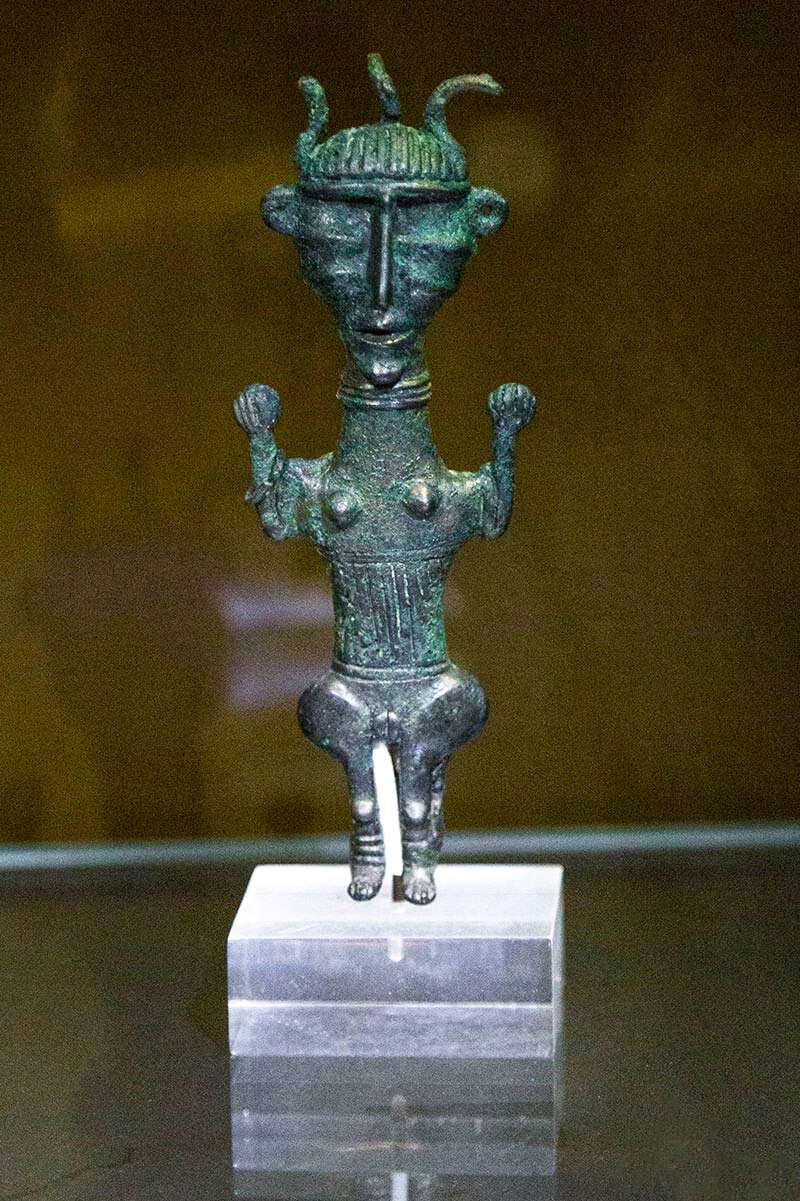 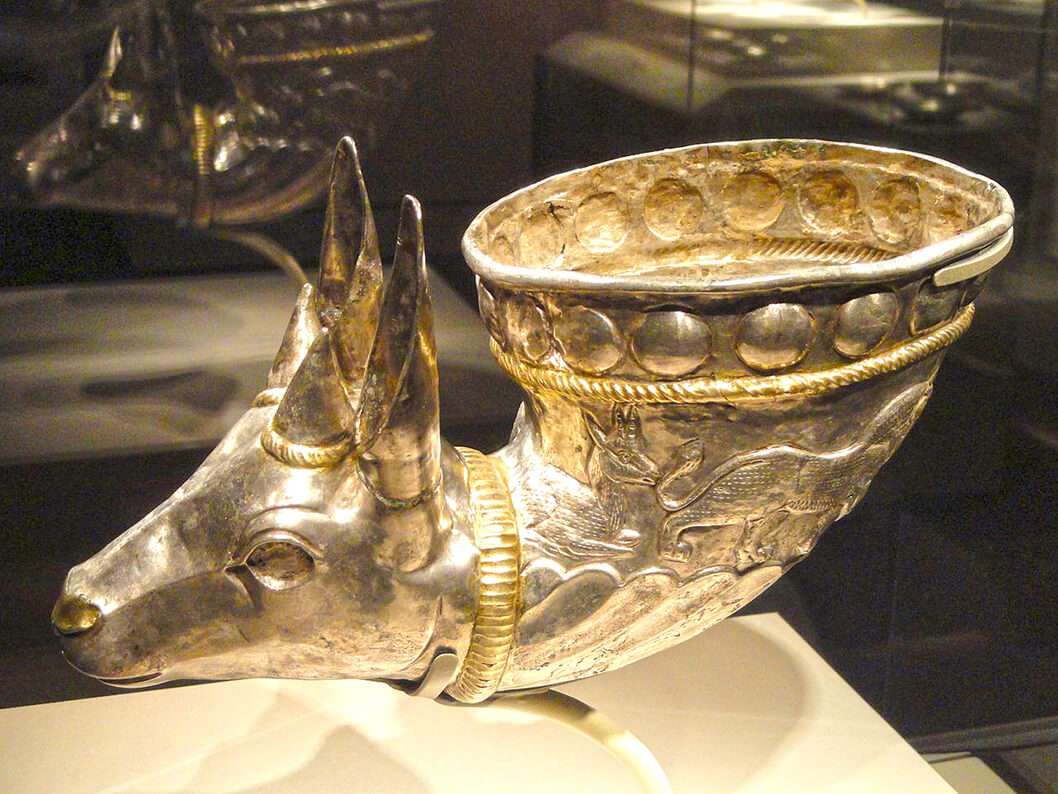 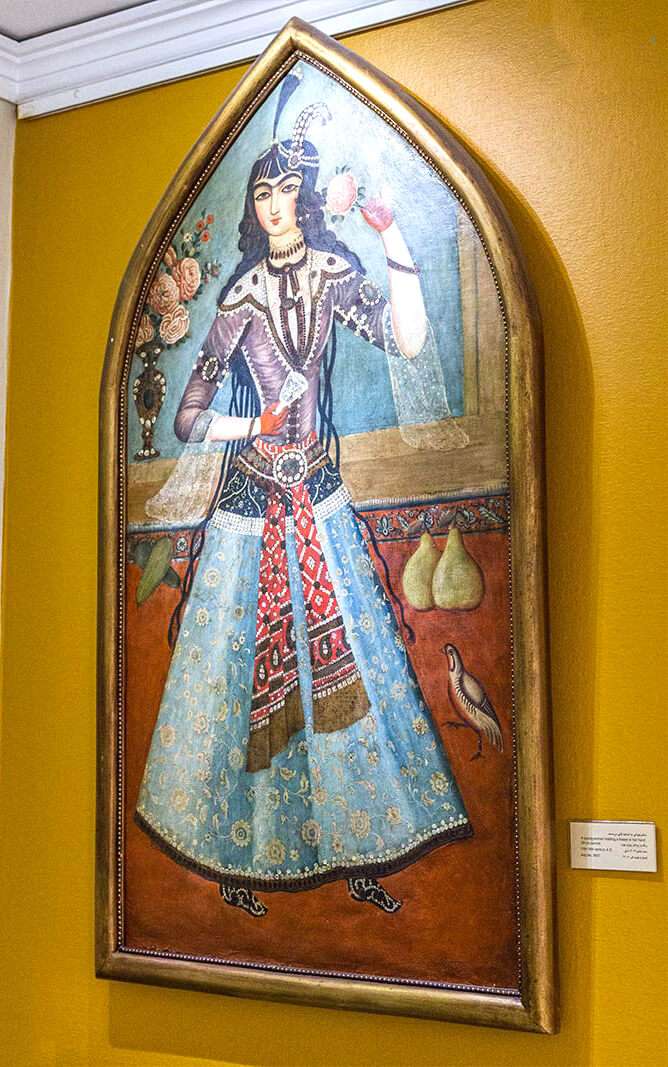 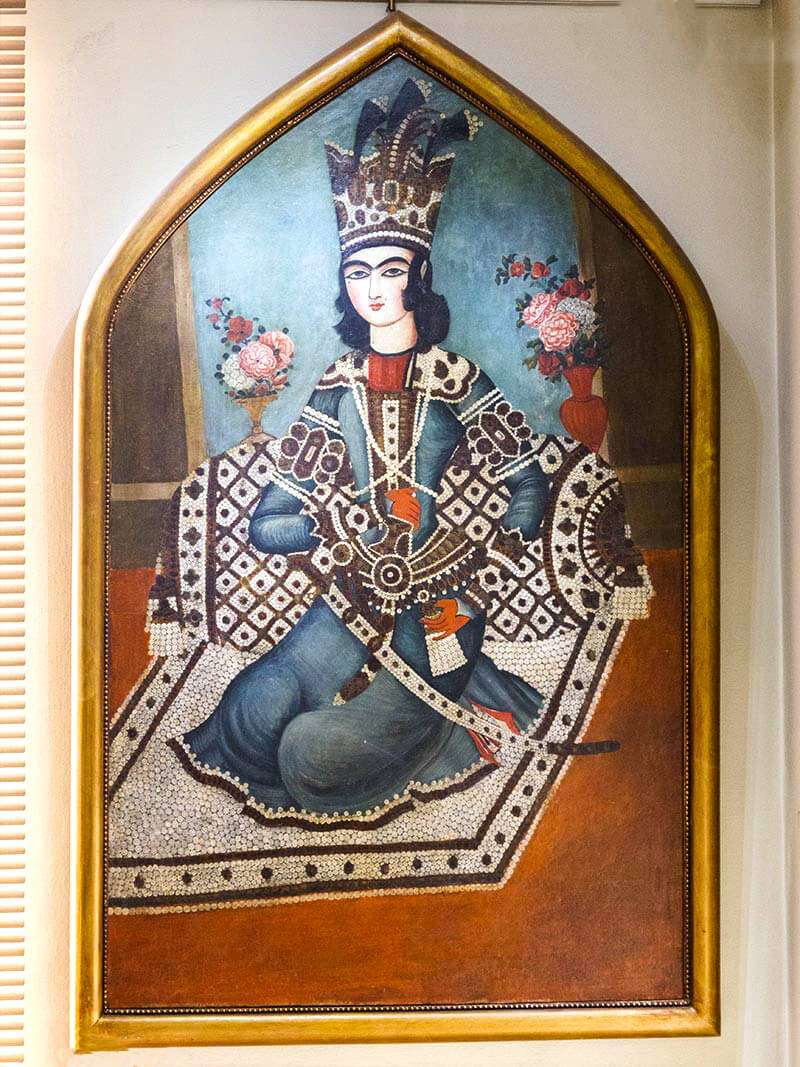 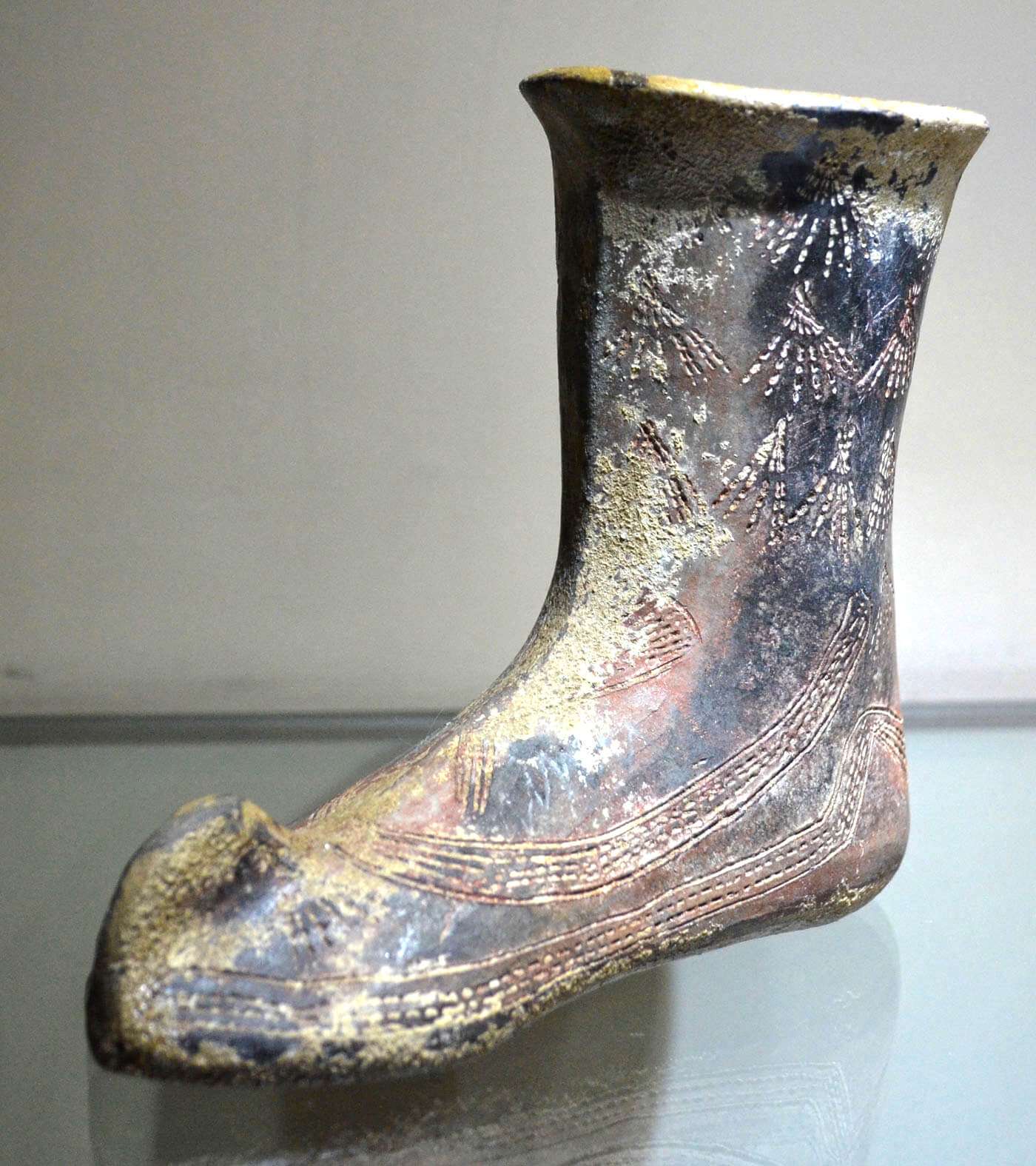 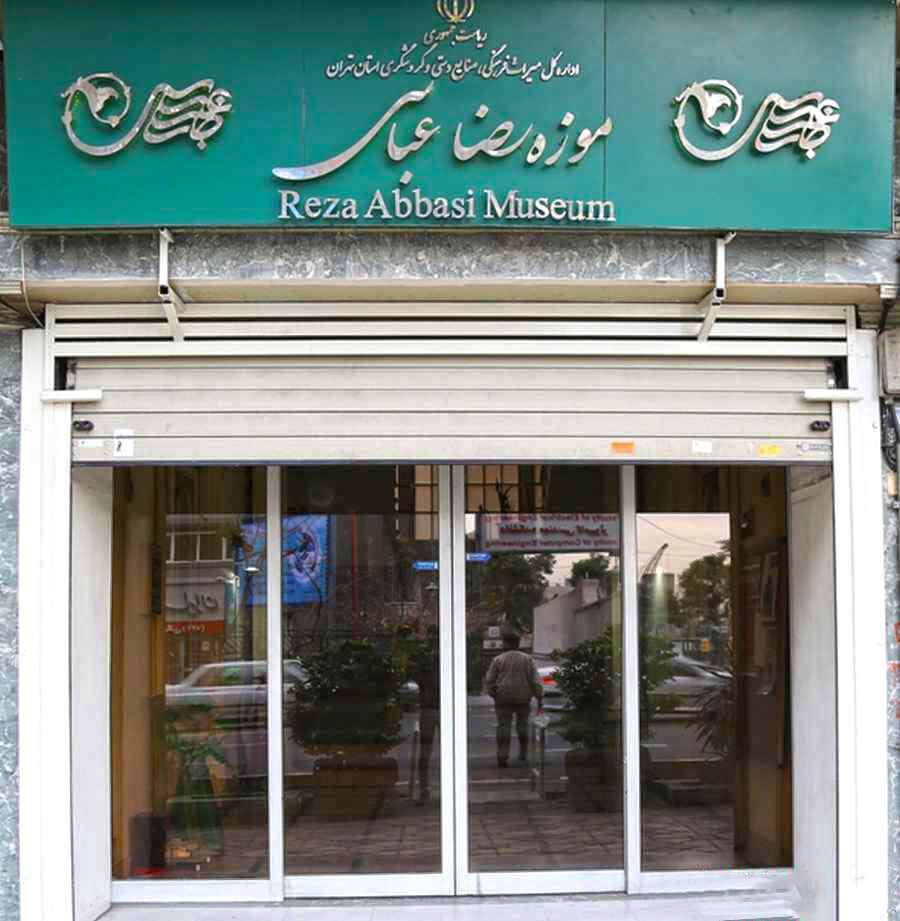 Reza Abbasi Museum (RAM) of Tehran, is one of the finest collections in Iran for those who wish to trace the history of Iranian art and civilization. This precious museum was opened to the public in 1977 by the efforts of the former queen, Farah Diba. This museum gathers, keeps, and studies priceless artworks revealing the cultural legacy of Iran from the 2nd millennium BC to the early 20th century. The museum has endured many ups and downs; it has been closed and reopened for several times, undergone changes, renovations and expansions. But, since 2000, museum’s galleries have been alive, without any further disruptions, under the administration of the Iranian Cultural Heritage Organization.

The chronological arrangement of the objects in three floors provides a general overview of the development of art throughout the history of Iran. Here you can observe how industry fuses more and more with art; how the influence of other cultures creates new motifs, and how the simple primitive designs give their place to more delicate and idealized figures.

The museum is named in memory of Reza Abbasi, the great painter of the Safavid era. Allegedly, he was the son of Ali Asghar Kashani, a famous painter of the Safavid court. Ali Asghar Kashani was an artist in the court of Sultan Ebrahim Mirza, in Sabzevar, Iran. During the reign of Ismail Mirza, a Safavid king of Iran, he moved to Qazvin. And it is here where his son, Reza Abbasi, is born.  Later on, Shah Abbas honored Reza with the title “Abbasi”. His name is sometimes confused with that of his contemporary artist, Alireza Abbasi, the royal librarian and the eminent calligrapher of the Safavid courts.

Known as one of the latest and greatest masters of traditional Iranian painting, Reza Abbasi pioneered an innovative style which had a lasting influence on the succeeding artists and formed the characteristics of the School of Isfahan. Until his time, illustrations in books and manuscripts were more common, but during the time of Reza Abbasi, murals became more prevalent. Instead of having several courtiers as the subject of his paintings, Reza Abbasi was more inclined to depict one or two characters, with eye-catching colors used for their clothes and ornaments, as well as delicate backgrounds mostly characterized with a willow. He was a master in illuminating the nature and in depicting the mental state of ordinary people who usually had large eyes and wide chins.

Reza Abbasi’s ingenuity and his Iranian artistic taste, mixed with the impressions gathered from his exposure to the western style, gave a new direction to the evolution of the art of painting in the Safavid era. He taught at the royal painting school in Isfahan and trained such prominent artists such as Muhammad Shafi Abbasi, Muhammad Ghasem, and Mo’in Mosavver.  Today, Reza Abbasi’s works are exhibited in reputable museums around the world such as the Louvre and the Metropolitan Museum of Art.

The chronological array of the collection starts from the third floor, the Pre-Islamic Gallery. In this beautifully arranged gallery, you can find tools, utensils and decorative objects made of stone, clay and metal, together with coins and jewelry from the pre-historic times to the end of the Sassanid era. The rare collection of Luristan bronzeware, the Achaemenid golden and silver rhytons (rhyton is a sort of metal container often shaped like the head of animals, which was used to serve drinks in the ancient times) and the stone busts of the Sassanid era are all presented here. The collections on display, mostly decorated with animals and natural scenes, allude to the transformation of needs, materials, values, and beliefs of the Iranians at that time.

The handicrafts of the Islamic era are displayed in two galleries on the second floor, detailing the history of various dynasties of the Islamic era in Iran. The first gallery displays items dating back to the early Islamic period. The first Islamic influences on Sassanid designs are manifest on the potteries and metalware of the Buyid period, decorated with Kufic scripts. During the Seljuk period, we see a greater multifariousness in styles and materials, testifying to the growing mastery of craftsmen and the thriving intricacy of their work. Included in the collection are also a number of paintings belonging to Harat and Tabriz Schools and various versions of Shahnameh known as Qavam, Davari, Shah Ismail and Shah Tahmasp. These are especially prominent for their elaborate illustrations of Iranian myths and stories of Shahnameh.

The second Islamic Gallery houses a wide variety of artifacts from the 13th to the early 20th century. With the attack of Mongols, art and artistic trends, as well as centers of fabrication, underwent a huge change. The pottery with different colors and decorative patterns are some samples of this period which can be visited in the initial section of this gallery. Then, metalware from another turbulent period of Iran's history, the Timurid period, can be visited. The pottery and metal objects from the Safavid era display various colors, decorations, and designs. And, finally, what bring the collection to a conclusion are exquisite book covers, pencil boxes and glazed potteries decorated with delicate bird and flower patterns from the Qajar era.

The Calligraphy and Painting Galleries

Of particular interest in this museum, are the calligraphy and paintings of the Islamic period which are put on display in two galleries on the first floor. The Calligraphy Gallery of Reza Abbasi museum represents the several-hundred-year-old history of this traditional art until the early Islamic period. On exhibit in this gallery are margined and finely decorated scripts in various styles which flourished during this period, namely, Naskh, Thuluth, Muhaqqaq, Reyhan, Riqa, Touqi, Nastaliq, and Shekasteh. Here you can find works of such great masters as Mir Emad Hassani, Ahmad Neirizi, Mirza Gholam Reza Esfahani, Zein al-Abedin Esfahani, and Darvish Abd al-Majid Taleqani.

This floor is mostly noted for the painting gallery leading you through different phases of Iranian painting from the early Islamic era to the Qajar period. Take time to explore this room and see the richness of portraits, illustrated manuscripts, and other works from different schools of painting named after specific cities. Put on show in this gallery are illuminated pages mostly from Persian historical and literary texts; such prestigious and widely famed works as Ferdowsi’s Shahnameh, Sa’di’s Golestan,  Bustan, and Nezami’s Khamseh which require you to pause and take in their delicacy. The most notable among the pieces are the works of Reza Abbasi and a number of his students.

Other parts of the museum are the Temporary Exhibition Gallery on the ground floor and the library, on the third floor, with thousands of books written in Persian, English, French, and German, which cover fields related to themes displayed in the museum; Iranian history, art, and culture. Reza Abbasi Museum also has its own publication department which has published important references regarding the Iranian art and history.

The museum is closed on Mondays, and on National holidays (religious mourning days)
It is open from Tuesday to Sunday from 9:00 AM to 5:00 PM (during the autumn and the winter), and from 9:00 AM to 6:00 PM (during the spring and the summer)
Photography is NOT permitted in the painting and calligraphy gallery
The on-site shop of the museum offers an excellent variety of books, pamphlets, posters, postal cards, CDs and interesting decorative objects.