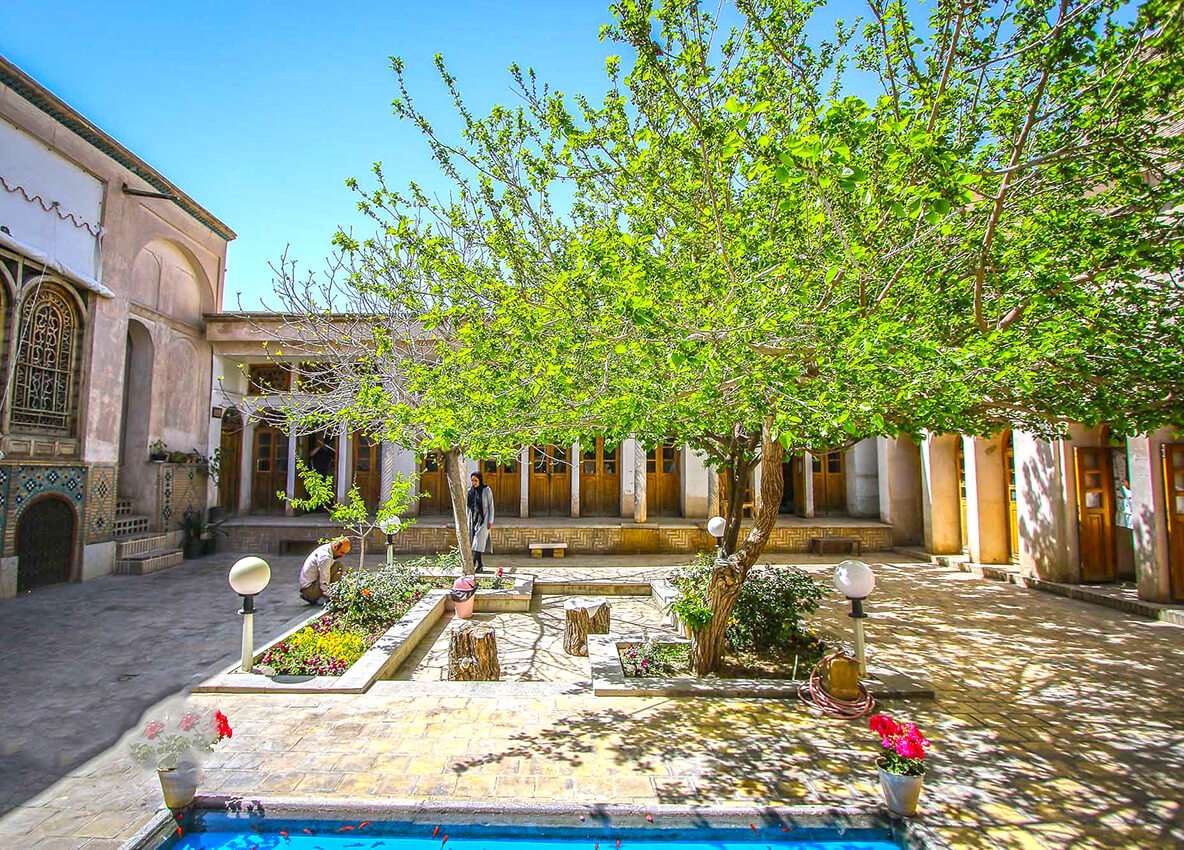 What To Expect
Browsing the old neighborhood of Isfahan dating back to the Seljuk era (1037-1194).
Visiting Time
* Best Time

Photos of the Dardasht Neighborhood 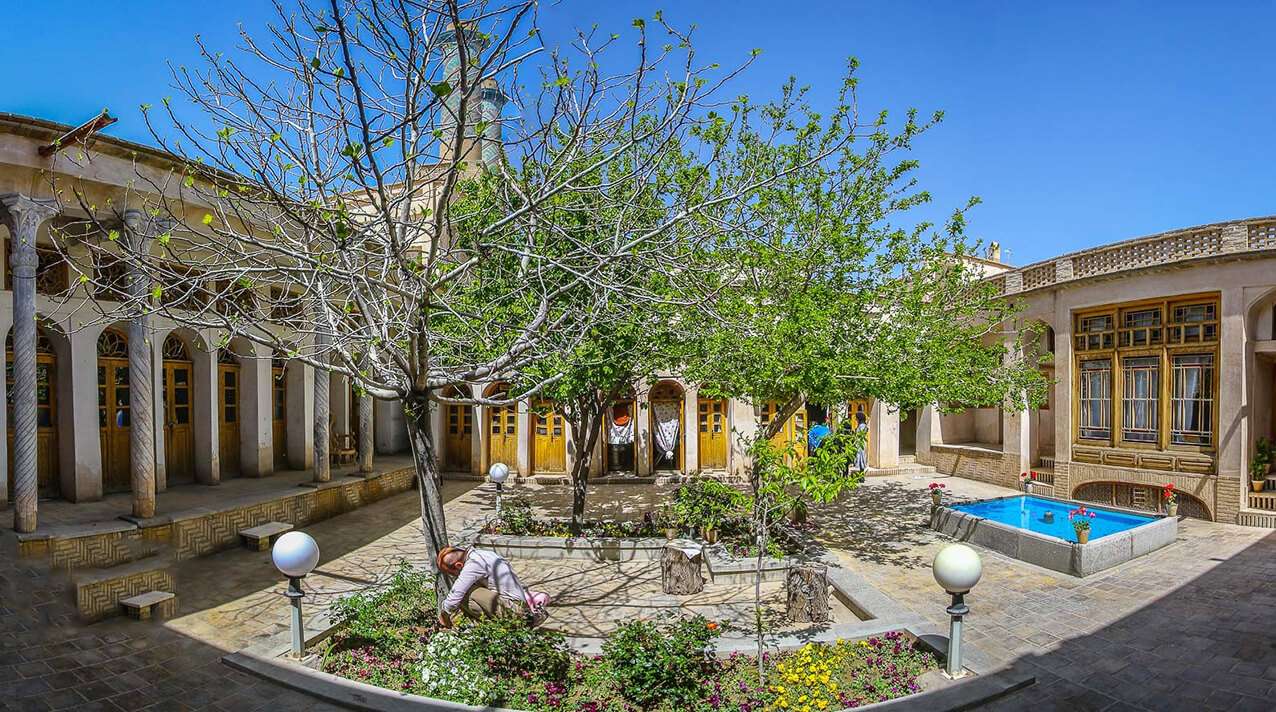 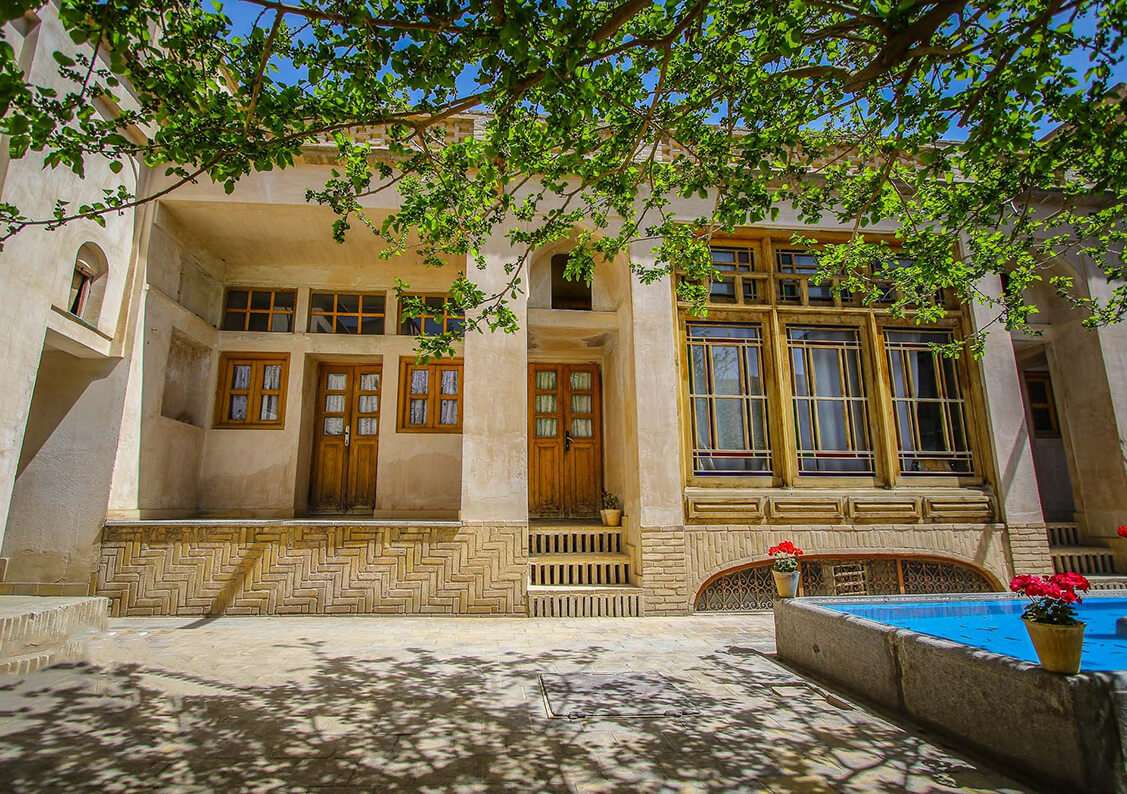 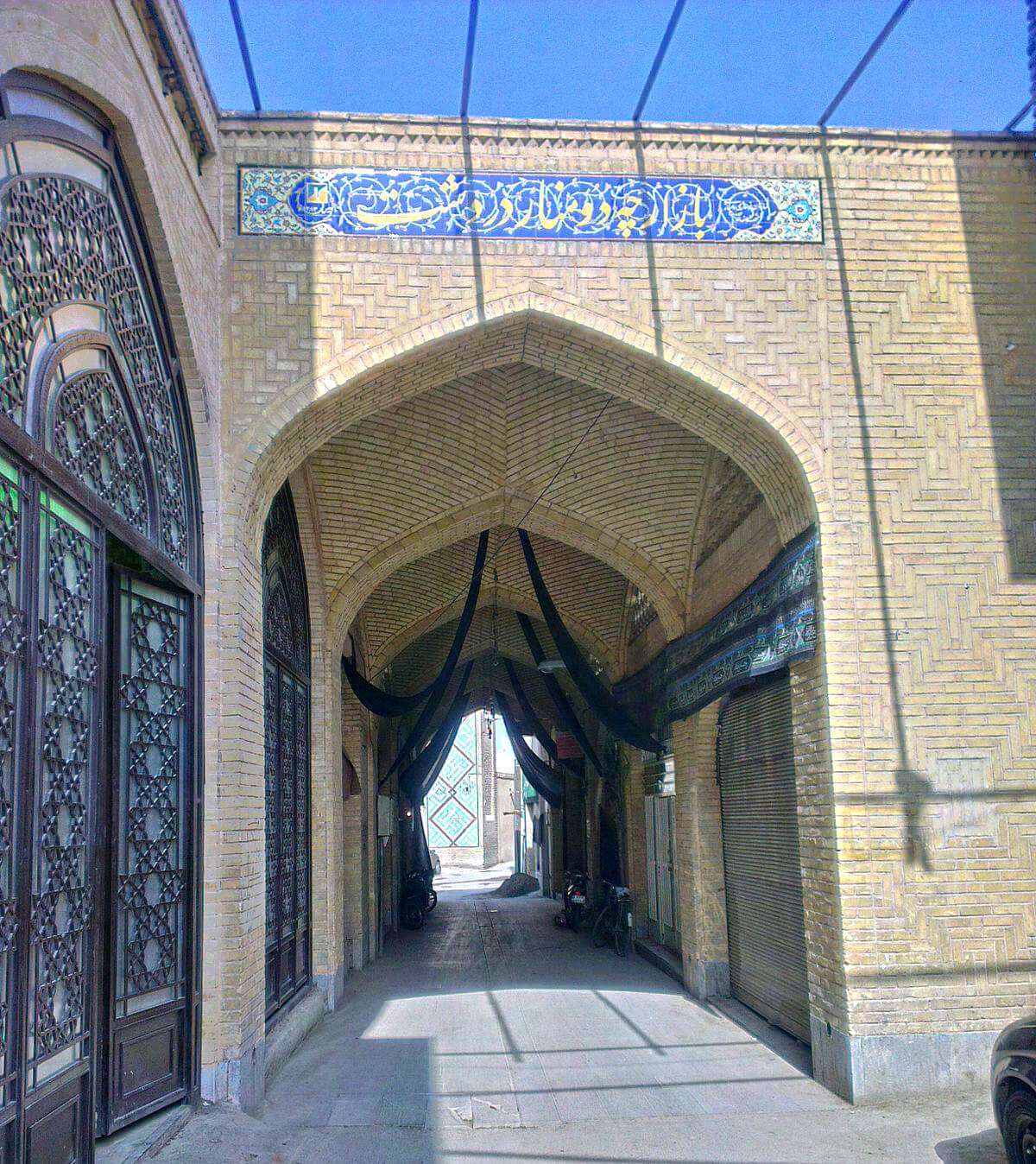 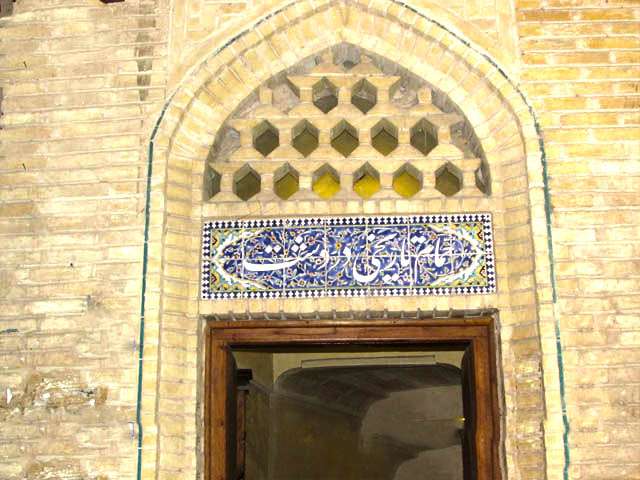 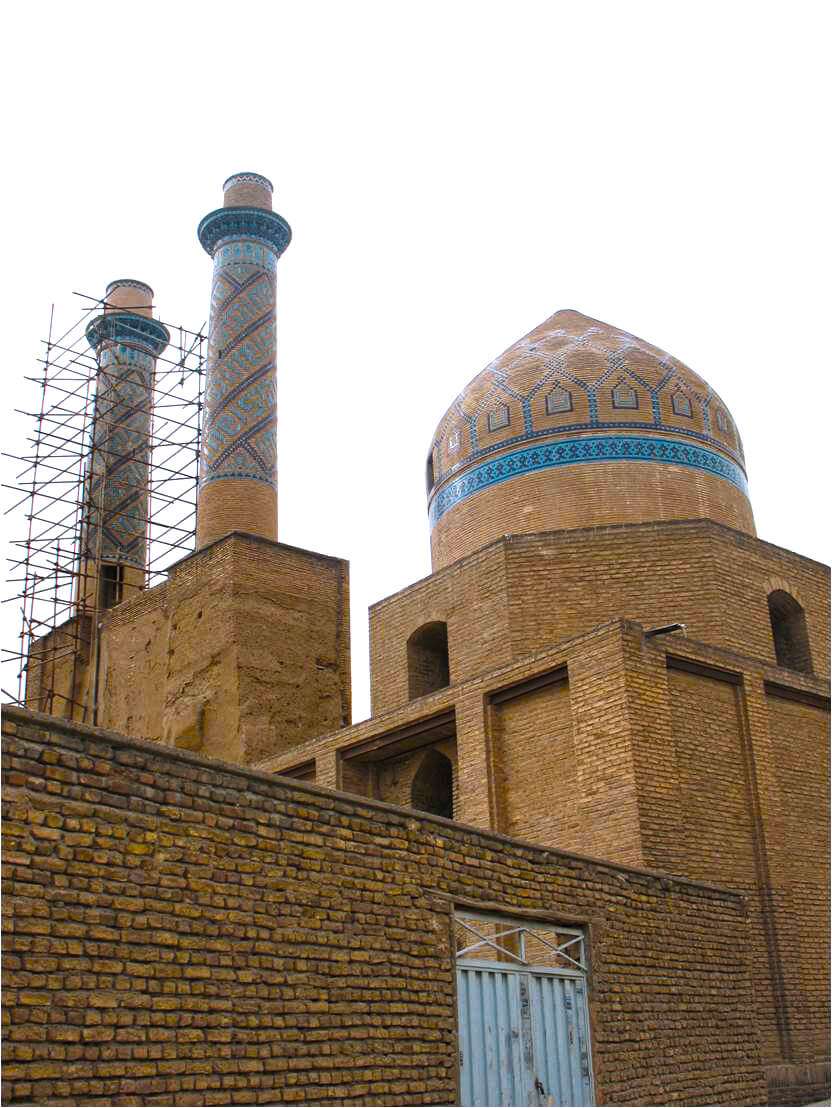 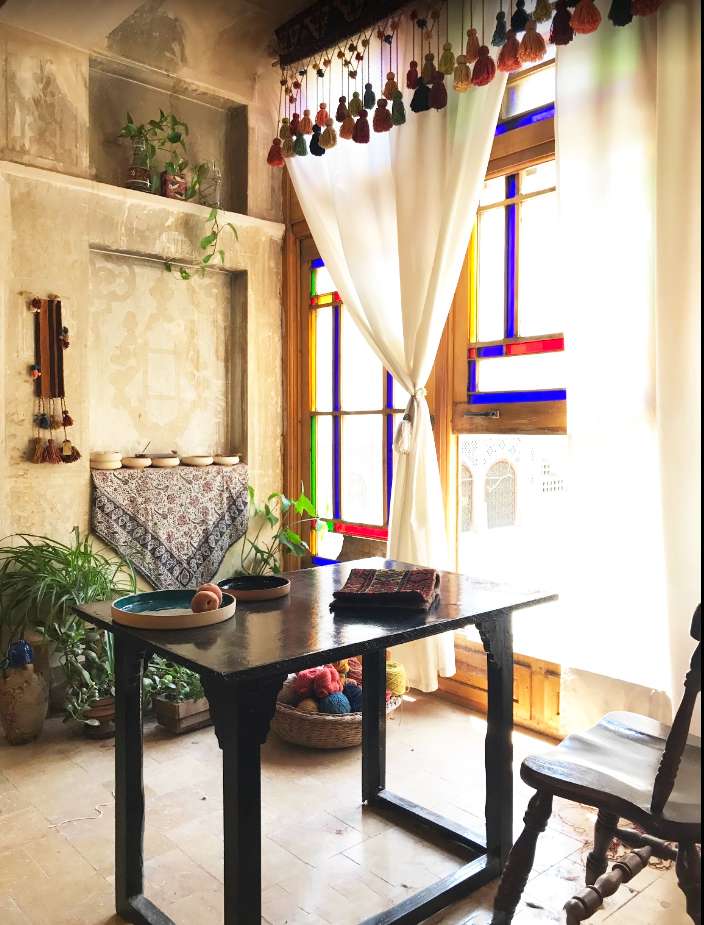 Historically speaking, the very first urban developments of Isfahan, has been traced in the 10th century, when the powerful Buyid dynasty was ruling over Iran (934-1062). At that time, the major part of Isfahan was encompassed by a defensive wall and divided into four main neighborhoods (mahalleh) of Jubareh (in the northeast), Karran (in the southeast), Kushk (in the southwest) and Dardasht which was occupied the northwest of the area inside the wall. The magnificent Jameh Mosque was located at the center of the four neighborhoods. Urban developments in Isfahan had continued during the Seljuk era (1037–1194), when the city was with the highest religious diversity. It was home to the followers of various branches and schools of Islam who lived beside the older residents of Isfahan, the Jews.

Dardasht, as one of the most important neighborhoods of Isfahan, had its heyday in the Seljuk era. Being the most important part of the residential areas of the Shafiʿis (a branch of Sunni Islam), the majority of the relics which have remained in this area were built in this and other successive eras.

Formerly known as Baboldasht, it is now stretched from the southern side of Abdulrazaq street to the north of Jameʿ mosque.

In the middle of the bazarcheh, there is a traditional bathhouse known as Dardasht bathhouse. It is commissioned by Aqa Momen, the brother of Aqa Noor, a great calligrapher in Shah Abbas’s court. Consecrated to the Aqa Noor Mosque nearby, the bathhouse was built at the end of Shah Abbas’s era (1588-1629) and completed in the first years of Shah Safi’s reign (1629-1642). It comprises four sections: 1) a corridor led to 2) a dressing room (sarbineh), 3) a cool room (mian-dar) and finally a hot room with pools (garm-khaneh).

The old caravanserai of Dardasht, built near the bazarcheh and bathhouse, is now under renovation to be turned into a traditional guest house.

Sultan Bokht Agha Mausoleum and its two flanking minarets are the other historical icons of the neighborhood. The mausoleum is the burial place of Sultan Bokht Agha, a member from the House Inju. Injuids were a Mongol Shia family who ruled over Fars and Isfahan during the 14th century. Sultan Bokht Agha’s uncle, Sheikh Abu Ishaq Inju was the last ruler of Injuids who was murdered by the Muzaffarids’s ruler, Mobarez al-Din Muhammad. Sultan Bokht Aqa decided to marry Mobarez al-Din and penetrate to his court and then take the revenge on her uncle’s murder. But, Mobarez al-Din heard about Bokht Aqa’s conspiracy and ordered his men to kill her. After Mobarez al-Din’s death, Jala al-Din conquered Isfahan and ordered a mausoleum to be built on her grave. The present structure has no decorations inside, but probably it was graced with frescoes in the past. The dome of mausoleum is ornamented with turquoise tiles on a crème background.

On the north side of the mausoleum, there is a 15-meter height portal with two 8-meter minarets which is said to be the entrance of a magnificent building commissioned by Sultan Bokht Aqa or his husband. The structure is adorned with lazuli and turquoise tiles displaying religious names.

As one of the historical neighborhood’s best- restored properties, Javaheri House is a must see in Dardasht. Located beside Dardasht Minarets, this Qajarid house has a square shaped courtyard encircled by the rooms and other spaces. The most spectacular part of the house is the southern part which comprises a higher porch (ayvan) and a central hall overlooking the courtyard. The hall is graced with five-door stained windows and frescos on the wall and ceiling. A pool room (howz-khaneh) lies on the space between the western and southern part of the house, with an octagonal pool in the middle. Howz-khaneh connects the southern hall to the western spaces of the house through a wooden door.

The eastern part consists of a hall flanking two porches on each side. The hall is fronted by a small pool (howz) which used to ventilate the air in the hall and its surrounding rooms. In the western part, there are a five-door room in the middle and two three-door rooms on each sides. The exterior façade of this wing displays four columns and arches decorated in plasterwork. The northern part has three identical rooms in the first level, and on the second level it has a terrace with two rooms on each side.

Now, the house hosts an exquisite collection of traditional handmade metal locks and other metal works made by Hassan Kiani, the famous Isfahanian artist. Moreover, the house is converted into a handicraft center with several workshops in which the artisans are working.

The Madrassah (school) in Ibn Sina Street, is a Safavid monument commissioned by Mirza Mohammad Shafi Isfahani.  It was completed in 1654, in the time of Shah Abbas II (1642-1666). The layout plan follows four-ayvan (four porches) style of architecture, with a rectangular (15 * 19 meters) courtyard surrounded by 8 student chambers in two levels. The level of the courtyard is about 115 cm lower than the ground and unlike the typical plan of the schools in that era, there is no pool in the middle.

Once a part of the Grand bazaar of Isfahan, it is separated due to the urban renovations during the time, and turned into bazarcheh (a small bazaar). Topped with a beautiful dome, this roofed bazaar, with its striking barrel vaults, originally dates back to the Daylamite (10th century), Seljuk (11th century), and Muzaffarid (14th century) eras. However, the present bazaar was completely renovated in Safavid and Qajar eras.

Javaheri House is open every day (except for Fridays), from 9:00 AM to 5:00 PM
Shafiʿiyeh theological School is not open to the public visitation
Visiting the Dardasht Minarets, Sultan Bakht Aqa Mausoleum and the caravansary are free of charge.