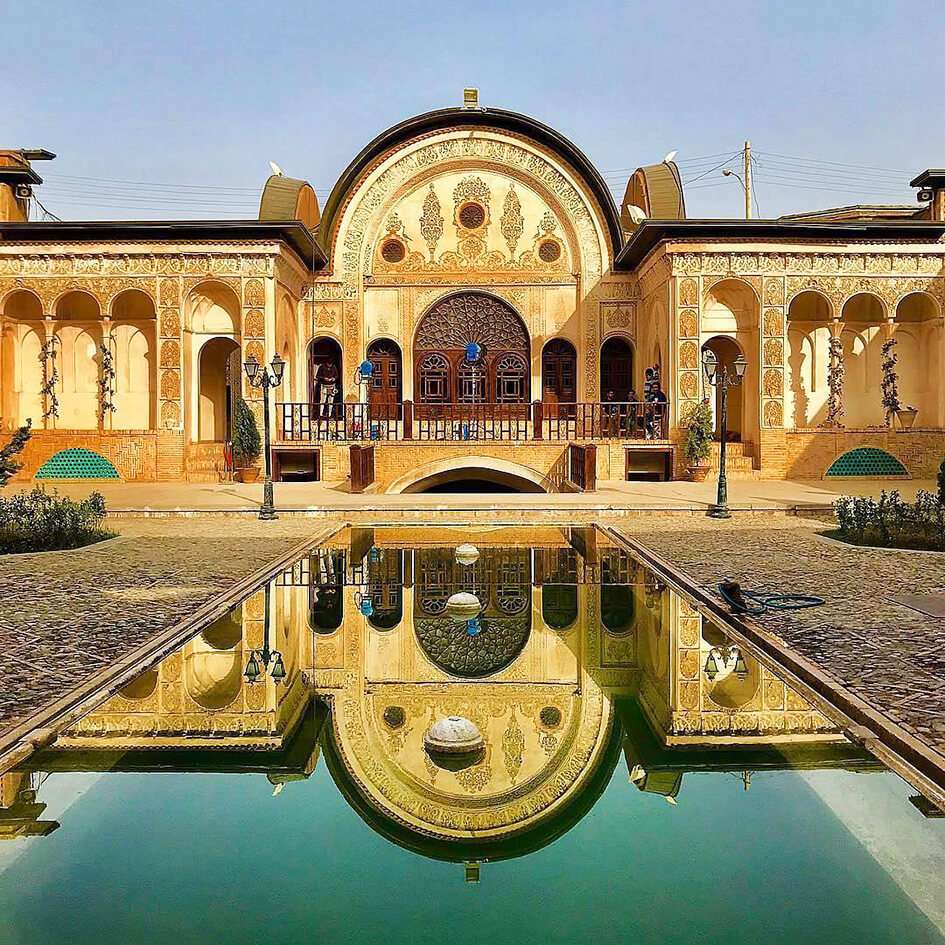 Browsing the Qajarid house built for the wealthy Tabatabaei family in Kashan.

Photos of the Tabatabaei House 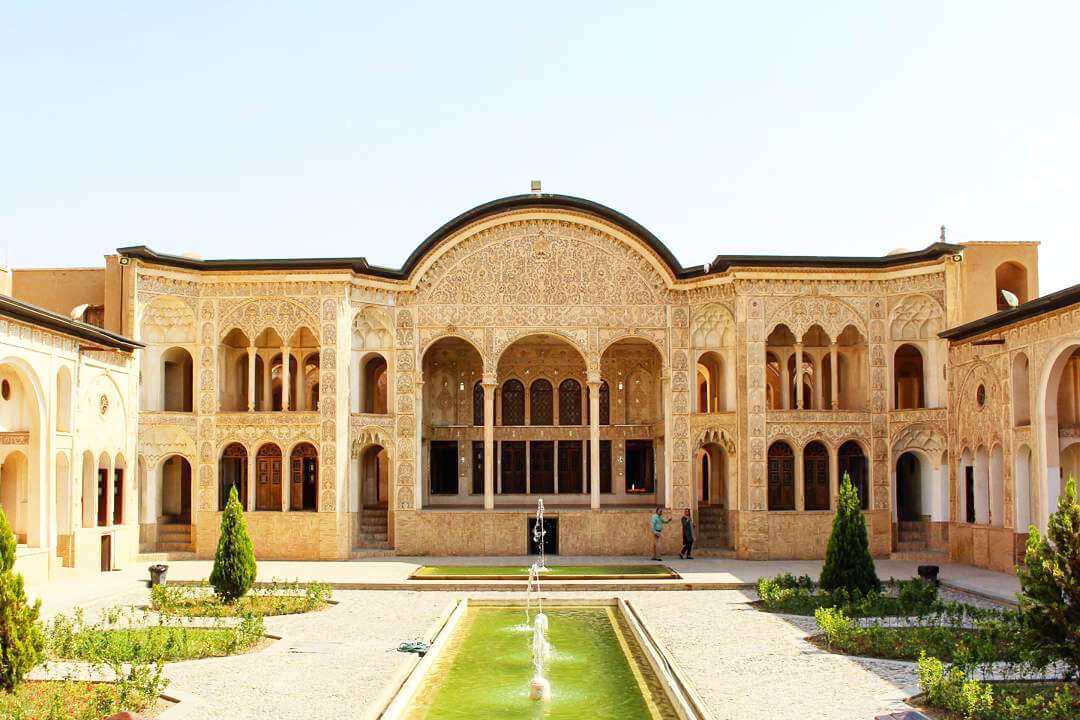 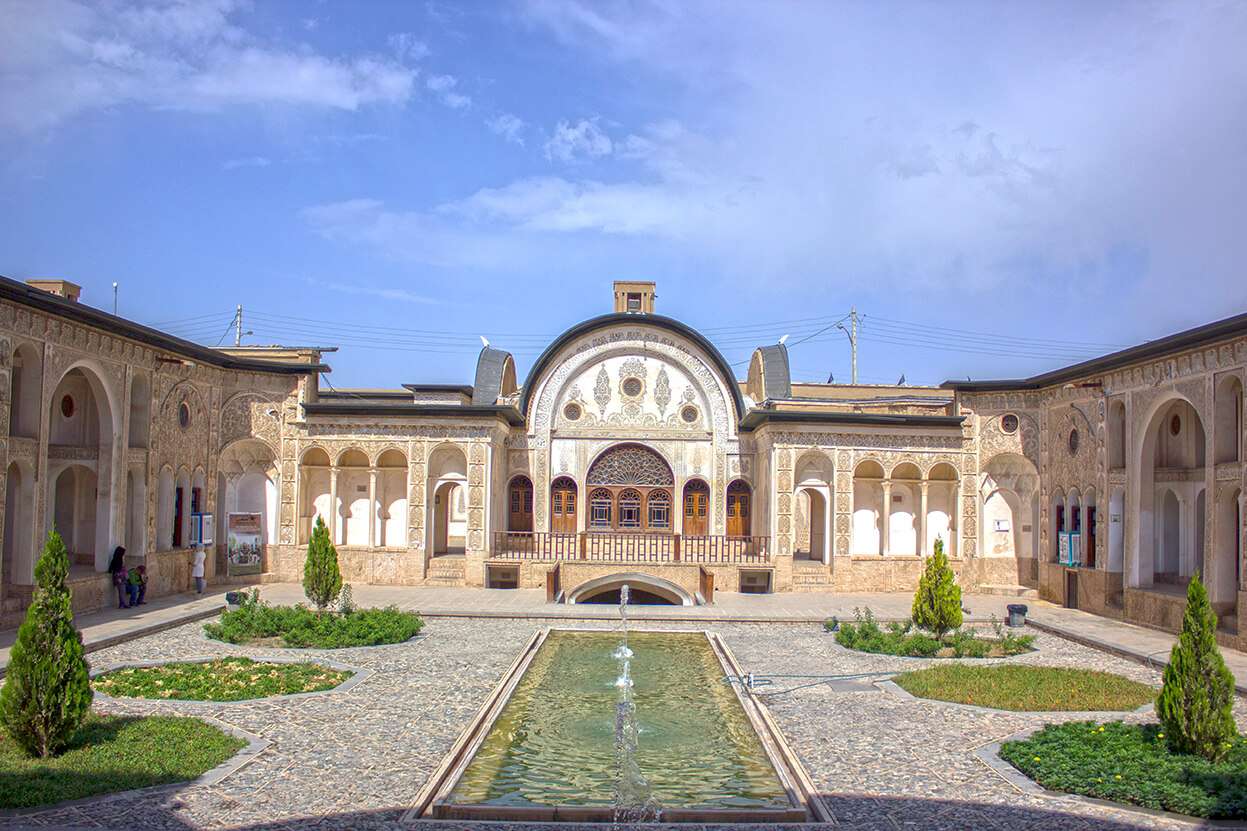 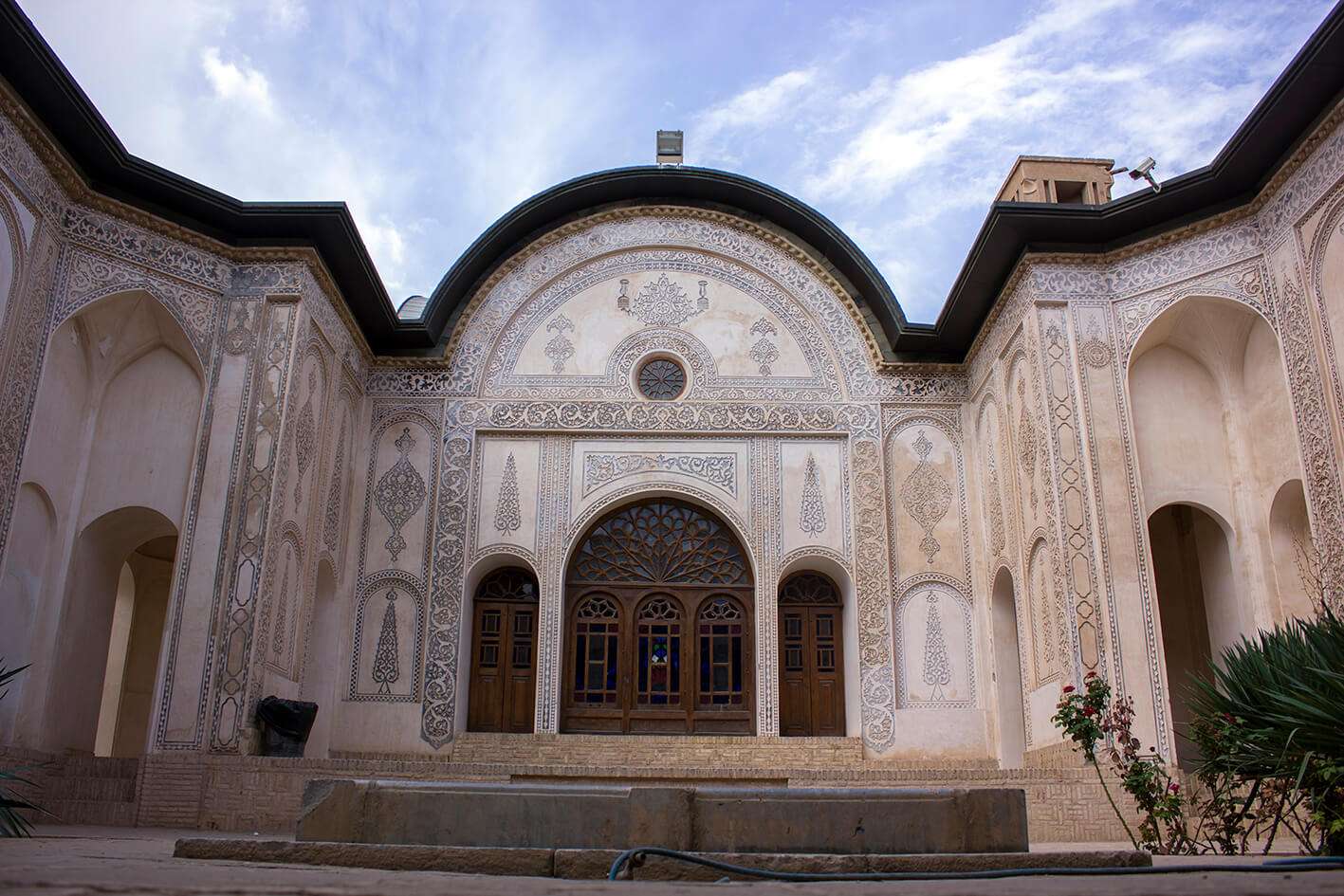 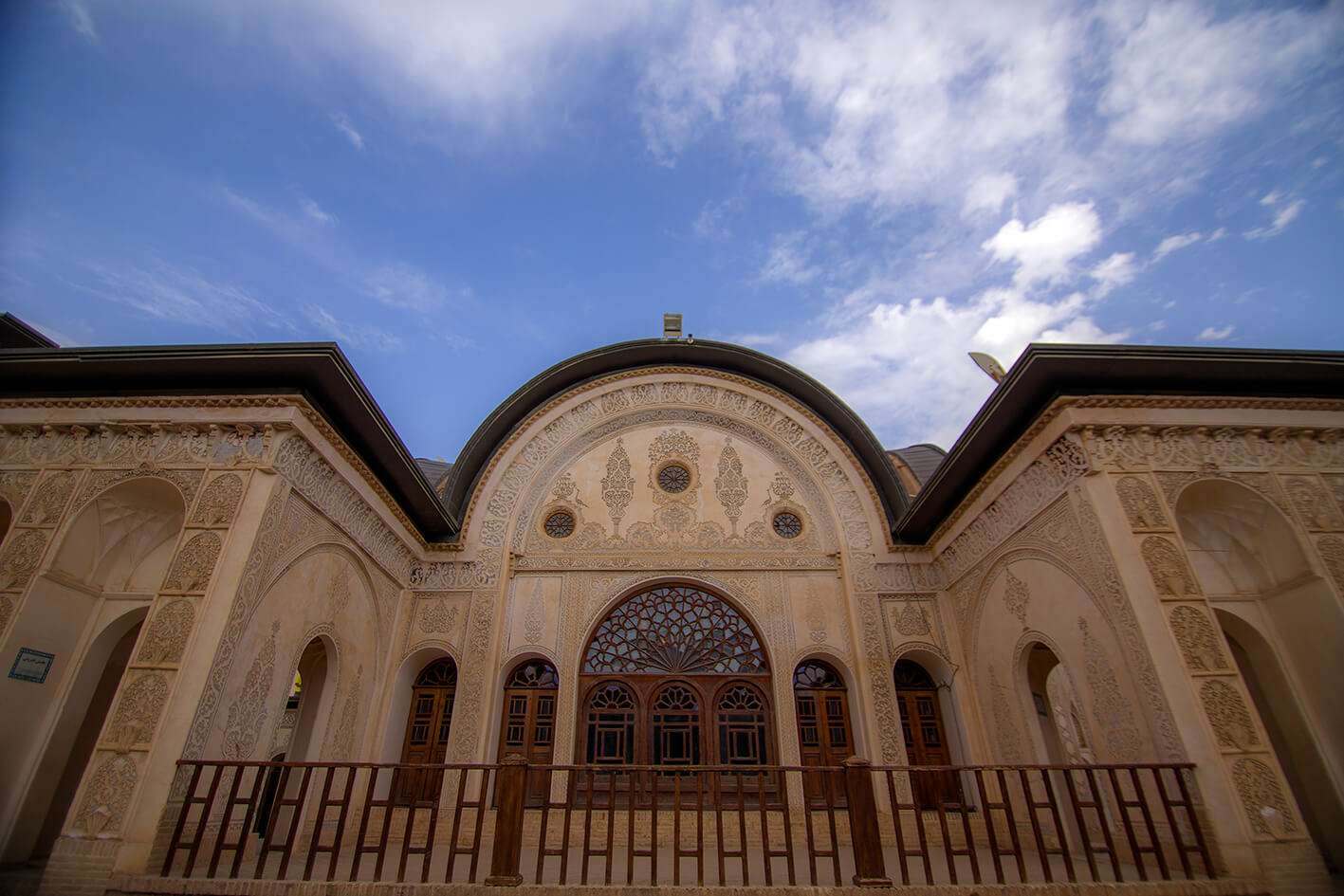 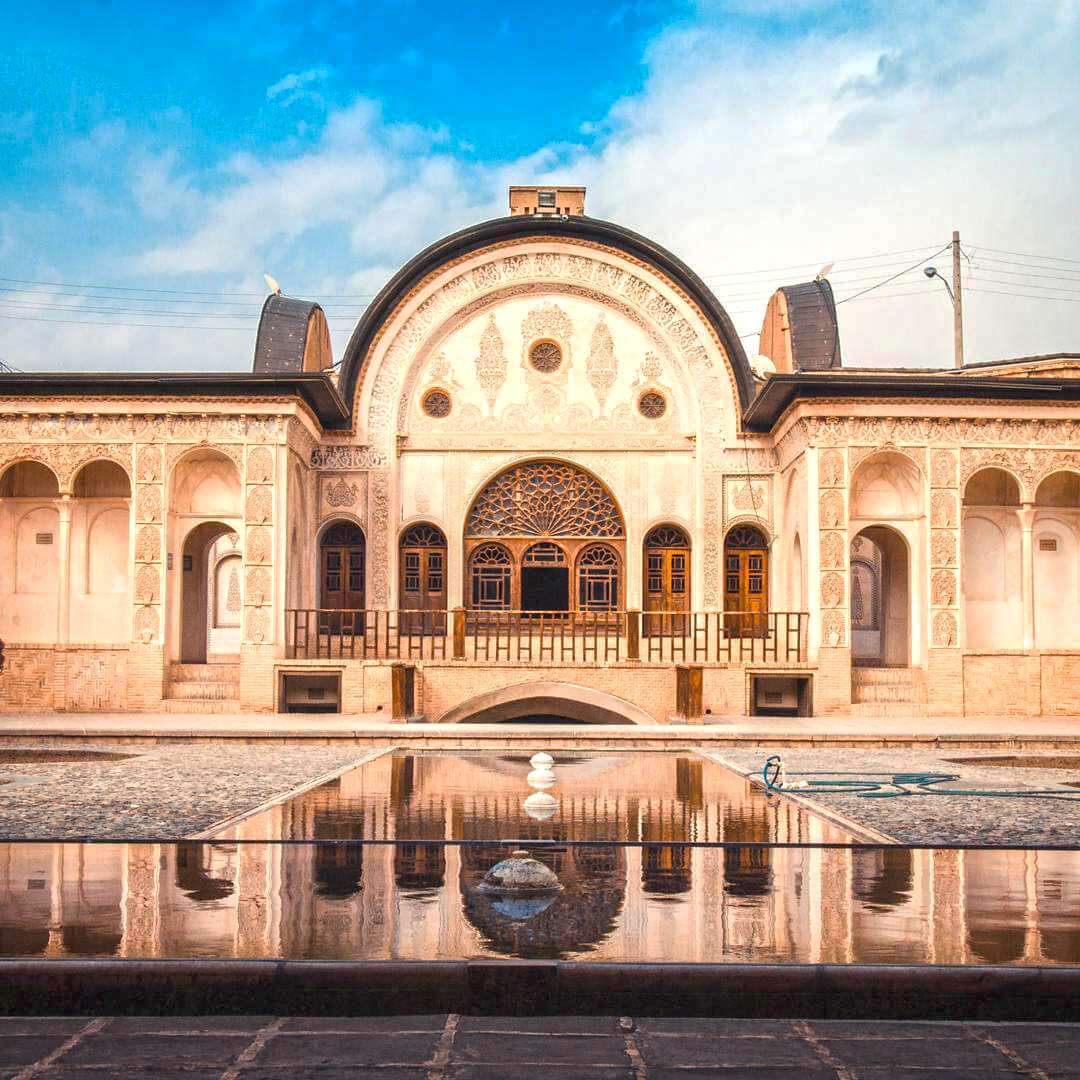 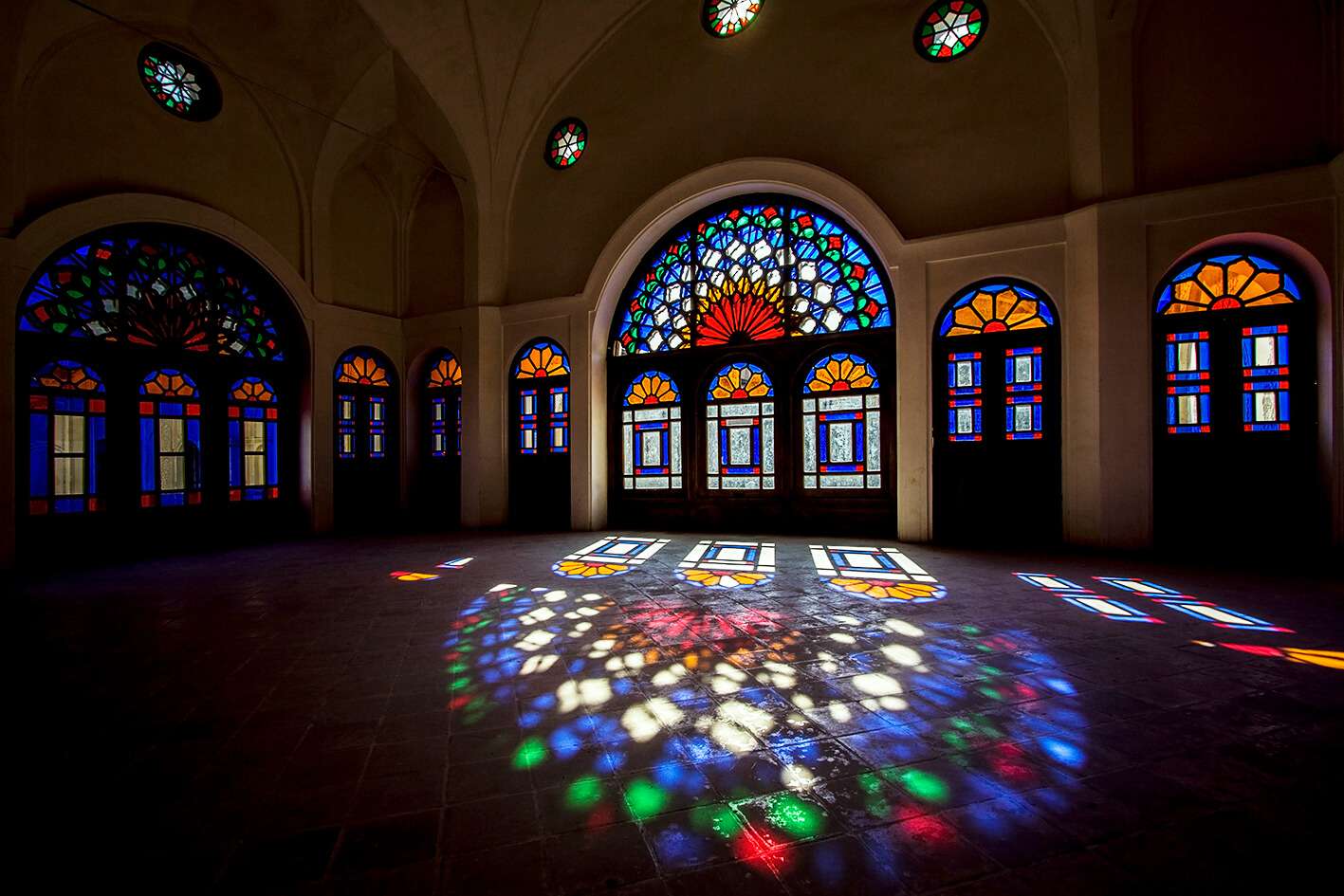 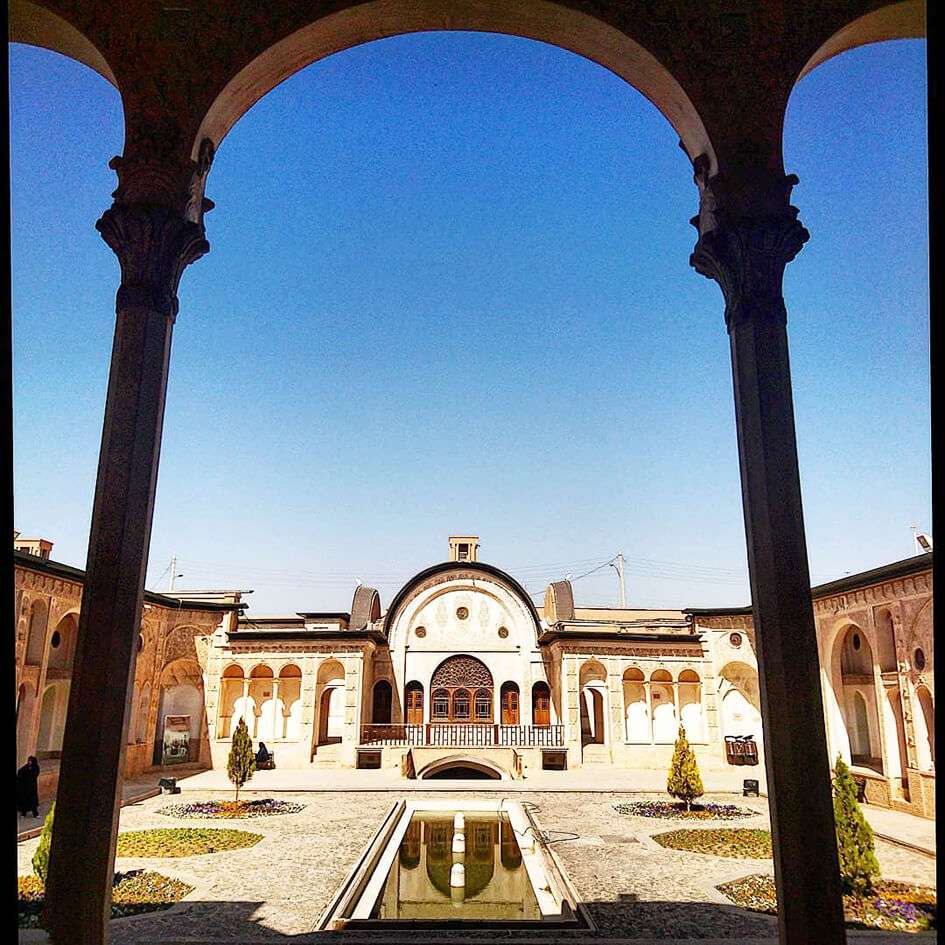 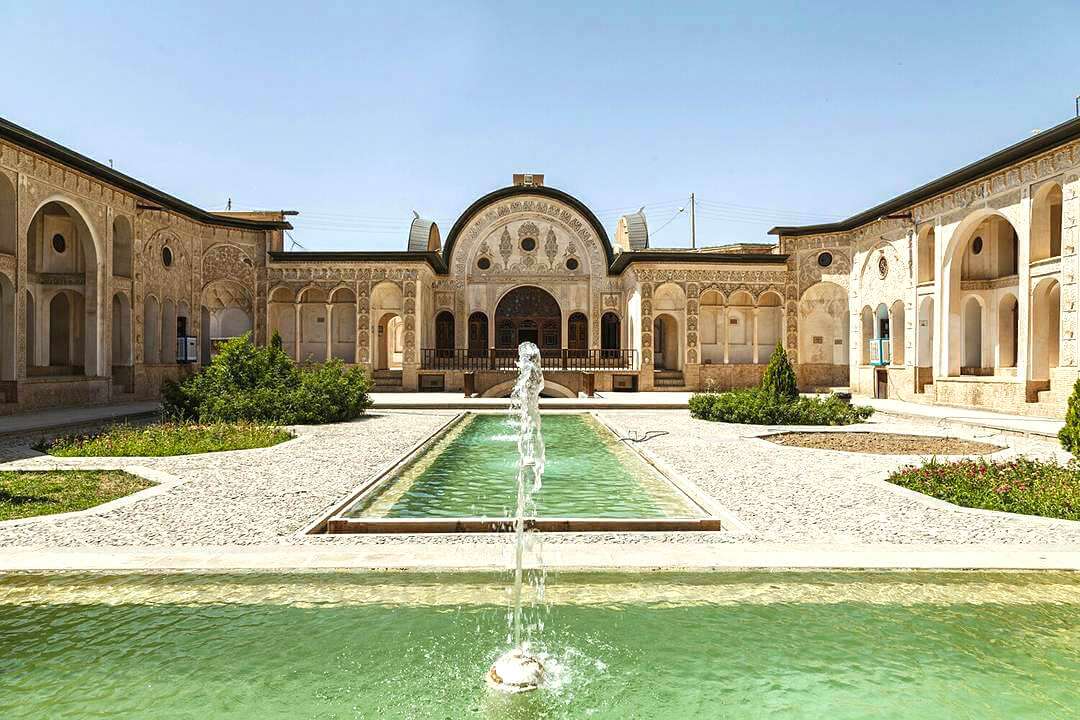 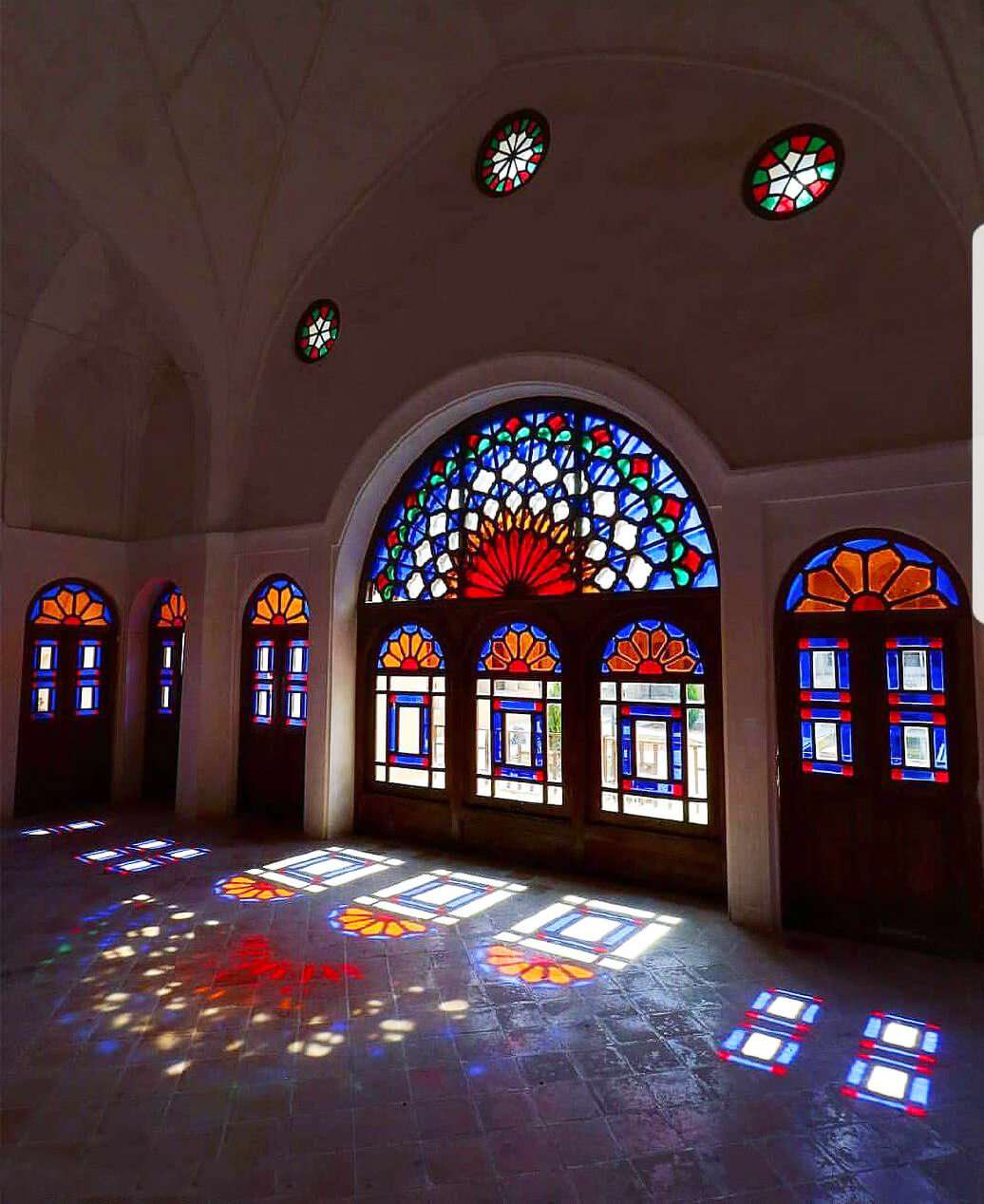 Going past the humble façade of the houses in Kashan promises a contrast as the inside is filled with a vibrant and welcoming space. This introvert architecture insists on privacy, seclusion, and secrecy of the house. One of the great houses resembling this style of architecture is Tabatabaei House (Tabātabāeī's house) which was a private property of a famous carpet merchant, bearing the same name. The house was constructed in 1881 by the great Qajarid architect Ali Maryam Kashani, who also built Borujerdiha House in Kashan.

This exquisite house is almost 5000 sqm and contains 40 rooms, four courtyards, three wind towers, and two water cisterns. The mansion comprises two independent sections, private (andaruni), and public (biruni) sections which are connected to one another. These balanced properties and the clever combination of open and closed spaces are among the architectural features of the house.

The andaruni served as the internal area where family members lived and the biruni acted as an external area used for entertaining and hosting guests. When entering the house through 20 steps at the eastern entrance, you will reach a spacious courtyard which used to be a part of the public area of the house. It is the central yard with a big pool in the middle surrounded by six flower beds. The most prominent part of the house lies in the southeastern wing of this courtyard. This part is marked by a graceful porch supported by brilliantly decorated pillars, boosting colored stuccowork. The plasterwork on the ceiling of the porch echoes the staple pattern of the carpet in Kashan. It is recorded that a carpet with the same pattern used to be spread under this ceiling. A large hall called shah- Neshin was located behind the porch. This iconic room is finely decorated with mirror work, plasterwork and double glazed lattice windows. The two small rooms, adjoining the Shah-Neshin, are called Gushvareh and were used to host guests who were fewer in number. Two yards flanking the shah-Neshin are decorated with exquisite paintings supervised by the great Qajarid painter, Sani al Molk.

On the northwest wing, there is a bigger yard with a spacious sleeping deck (mahtabi) in the middle. It is connected to a hall in another part from its rear, giving access to the courtyard of another house in the same complex. In fact, this is an interconnecting space between private and public spaces.

The private part of the house, comprises a small yard with small porches and blind arcades on the northwest and southeast sections. The rooftop of this part constitutes a useful living area.

There are two sardabs (basements) in the house, one in the public part and one in the private part. This vernacular architecture of sardabs is suitable for the hot climate since it decreases the temperature up to 20 degrees.

Another brilliant architectural feature of the house is the lower level of the garden compared to the basement level. It is called a “garden pit”. This method of architecture enjoys several benefits: the building becomes resistant to earthquake, it facilitates water supplying for plants and uses soil thermal insulation to prevent the sudden warming and cooling of the house.