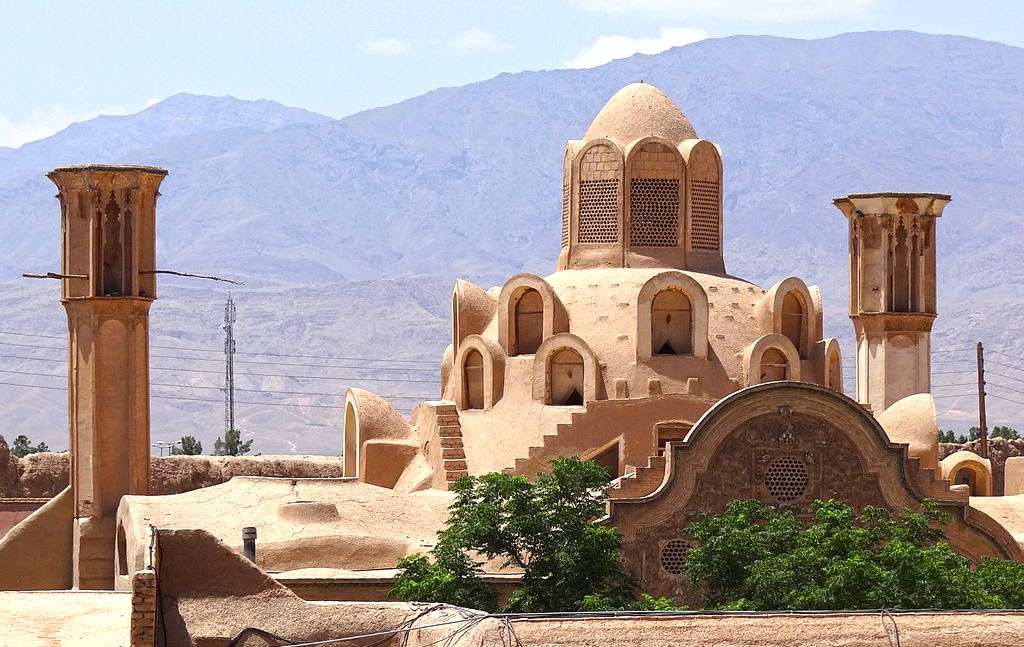 Photos of the Borujerdi House 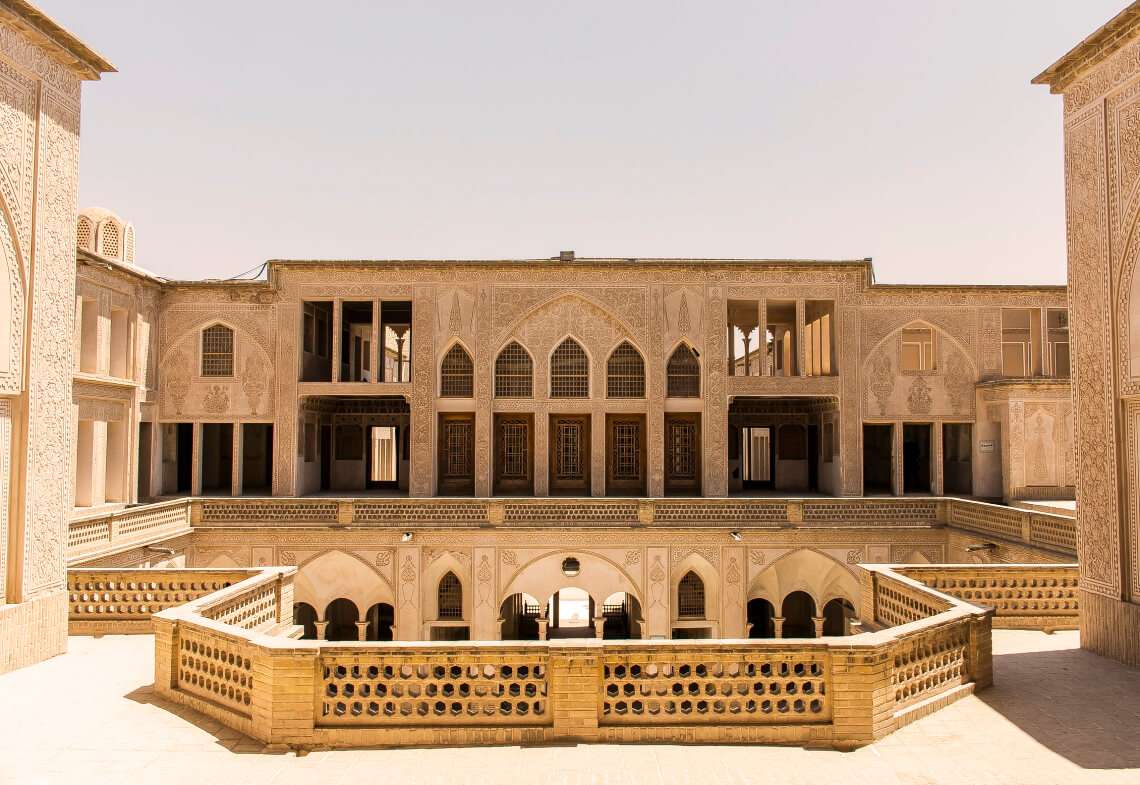 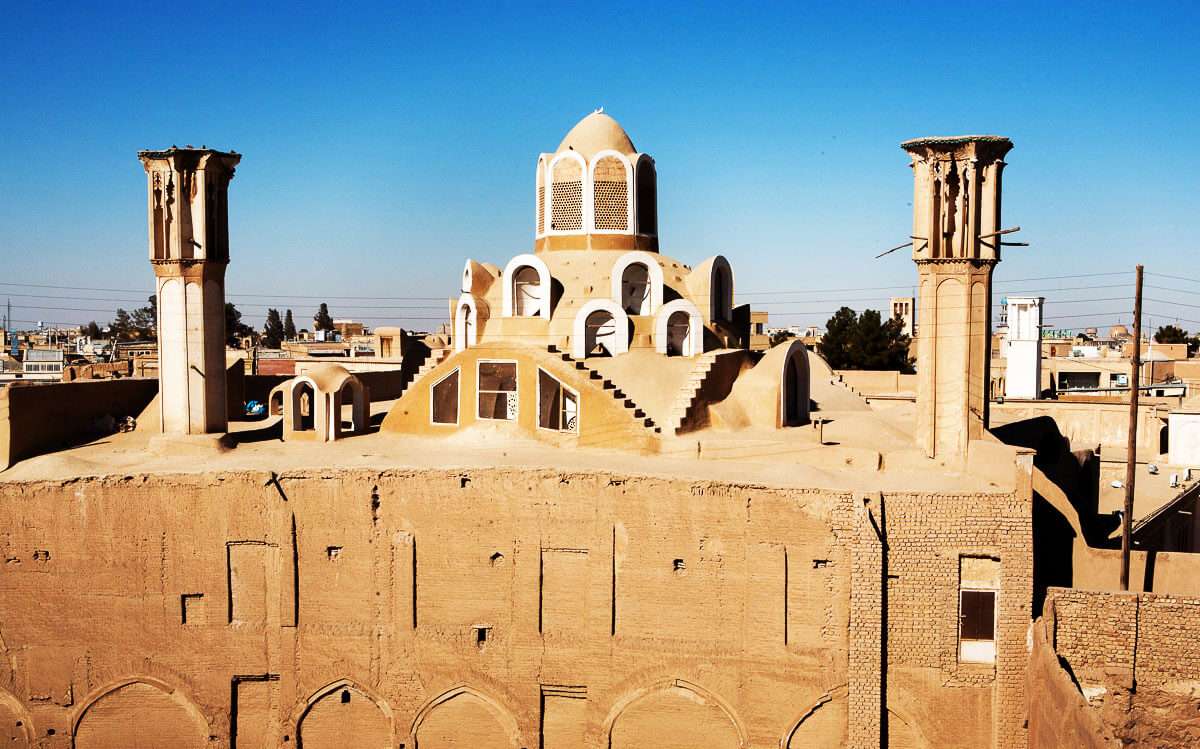 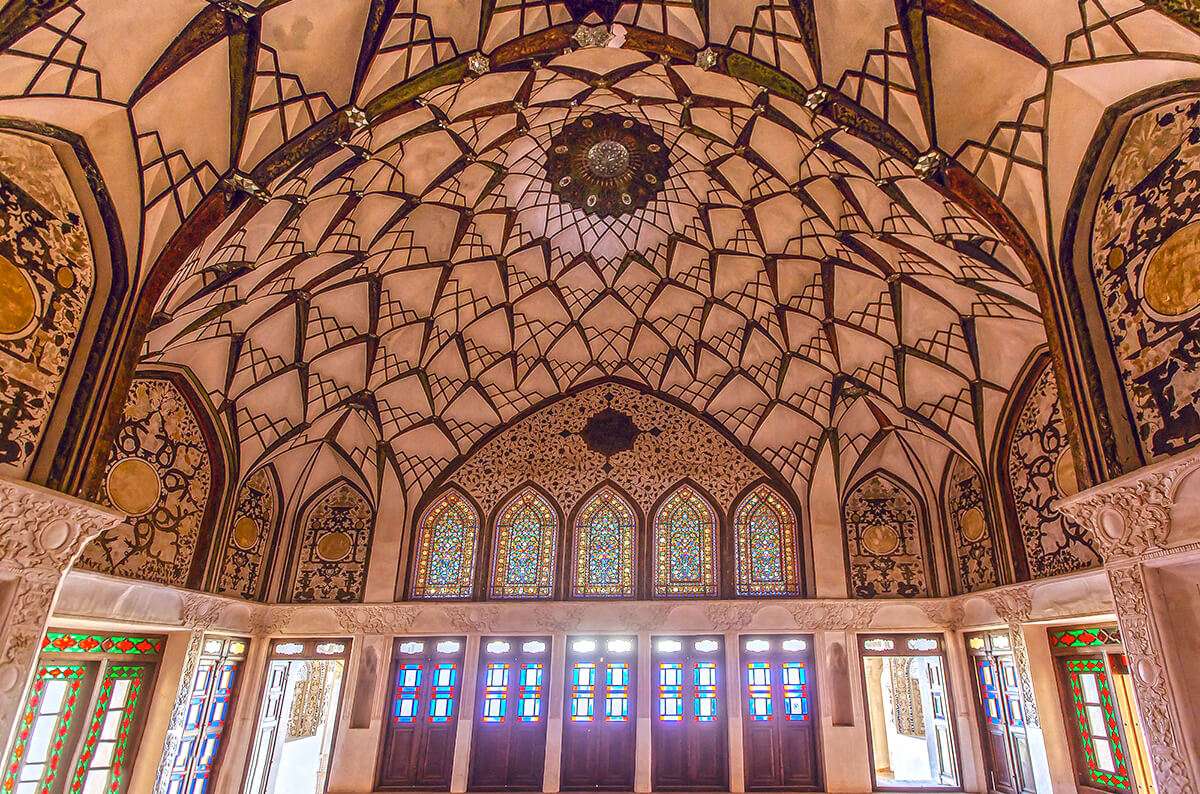 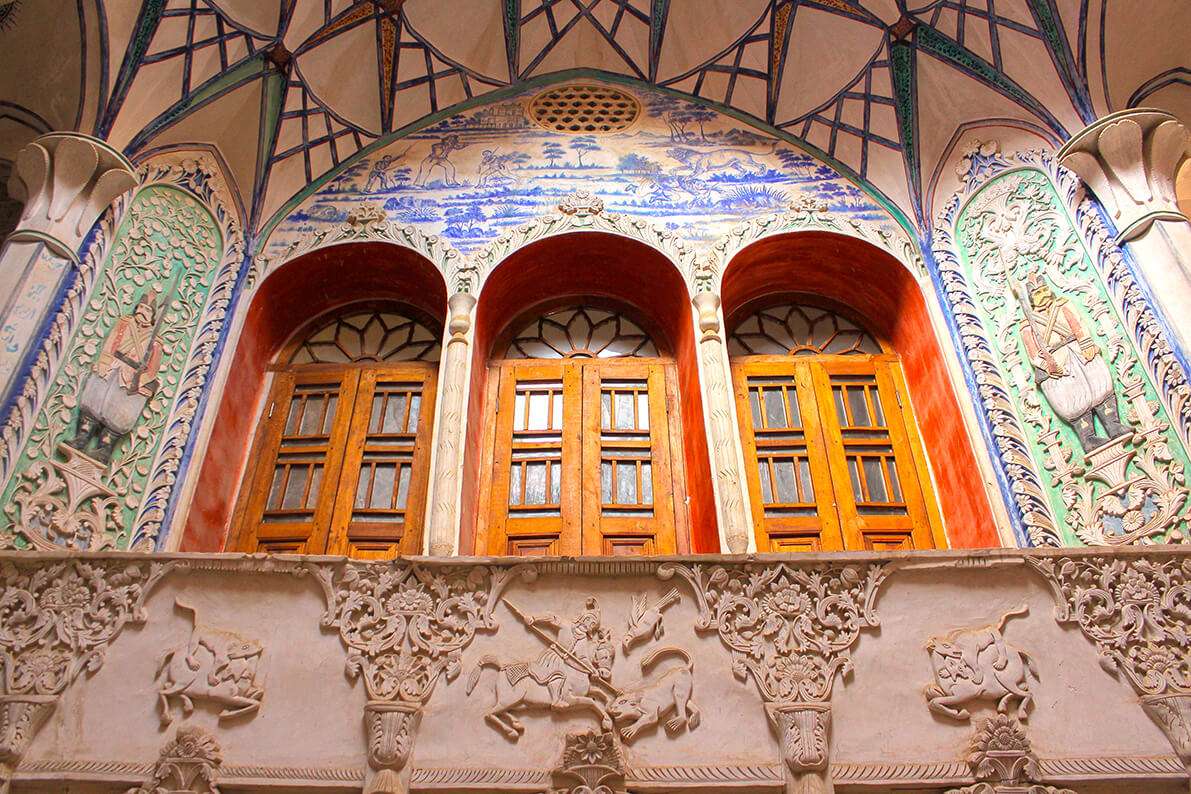 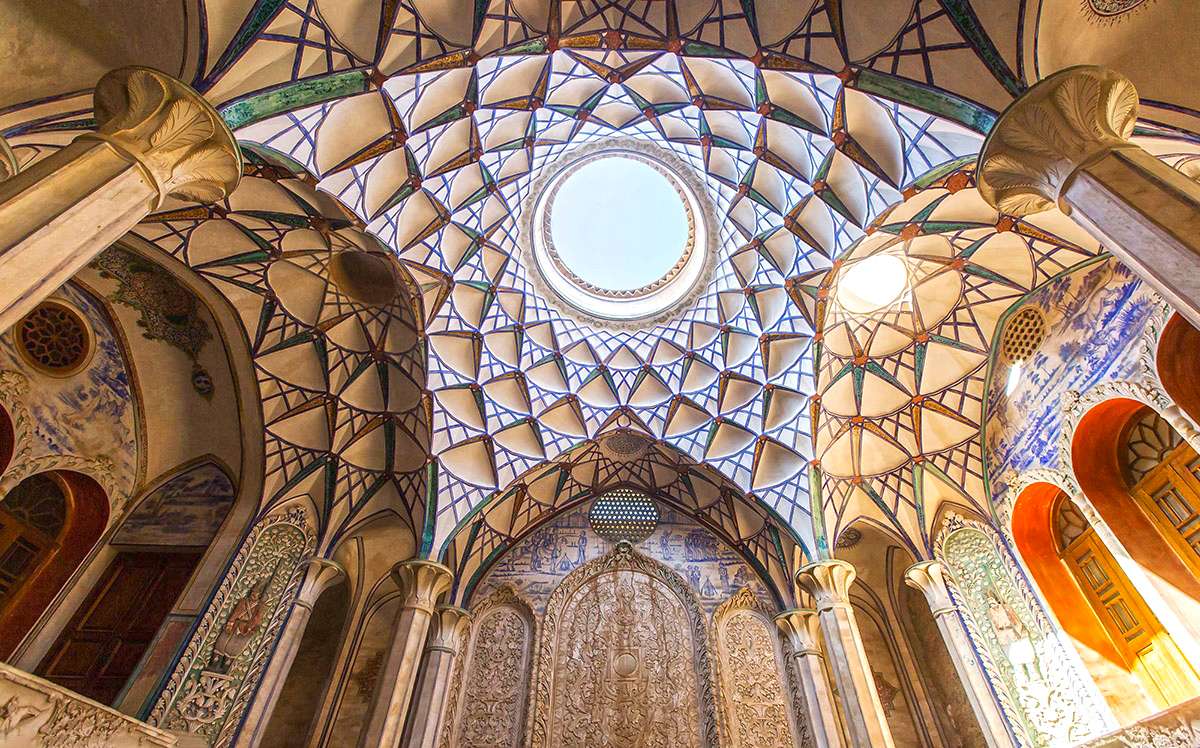 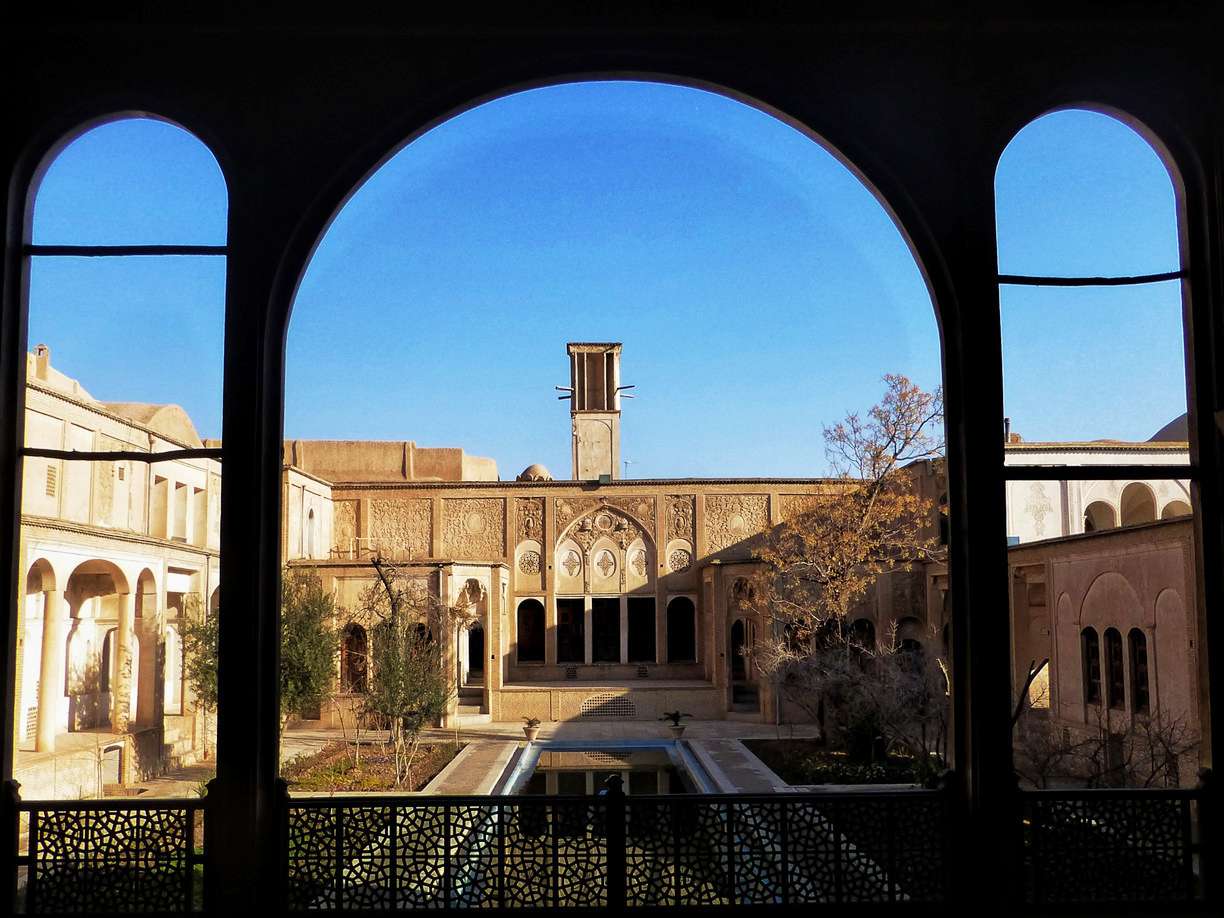 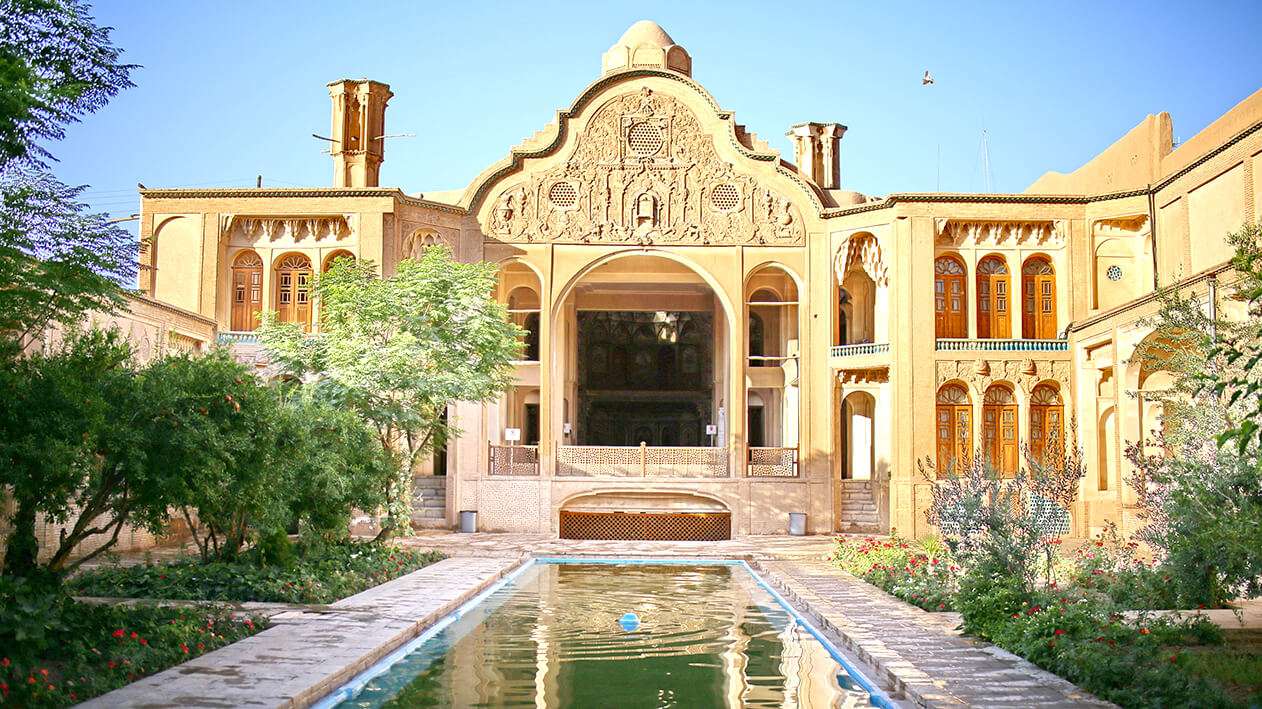 The houses in Kashan exemplify typical Iranian houses touched by Iranian-Islamic architecture. These houses normally featuring a yard, and a small pool in the middle surrounded by a garden, once served as the stage for a wedding reception, mourning, family reunions, and children’s play. All of the mansions in Kashan had spacious courtyards were built for large families, who lived together.

Borūjerdīhā House, probably the most remarkable site in Kashan, was built in 1893 as the condition for a marriage. Haj Seyed Jafar Natanzi, a Kashani merchant known as Borujerdi, asked Tabātabāei's daughter for her hand. Tabatabaei, another well-known merchant, whose house also stands out in the city, set this condition for him to build a similar house for his daughter.  The construction took eighteen-year, headed by the architect Ali Maryam Kashani who also built Tabatabaeis’s House and Amin al Dowleh Timcheh in Kahsan. The house turned out a spectacular architectural work, blending Islamic and Iranian designs. Intricate plaster works carved by the most skilled artisans and elegant frescoes painted by the royal Qajarid artists, Sani al Molk and Kamal al-Molk distinguish the house from its counterparts.

Traditionally, the concept of a house has gone beyond just a building in Persian culture, and Kashan's houses are prime examples of this. The houses were led by the elder member, mostly the father, and the sons had to live in their father’s house after they got married. That's why a traditional Persian house has many rooms. The ancient and magnificent beauty of Iran’s traditional houses showcases the compatibility of this architecture with climatic conditions and cultural values at the same time.

The rooms in these houses are structured in a way that does not permit an outsiders’ view. The house consists of two main sections, called andaruni (the inner section) and biruni (the outer section). The outer section, used for guests and ceremonies, is adorned with exquisite frescoes and plaster works; in contrast, a plain inner part only served as a comfortable house for the family. Only the biruni is open to the public today. Howz-Khaneh (a basement room with a small pool) and badgirs (wind catchers used for ventilating the air inside) were the inseparable parts of the houses in hot places.

This house has three entrances. The main entrance is on the northern side of the house, in the form of an octagonal vestibule. When entering the house from the northern doorway, you pass through a corridor leading to the tranquil courtyard, laid out around a rectangular pool and surrounded by a number of halls and chambers.

The southwestern part of the house is undoubtedly the most important part with a hall (talar) overlooking the main well-ornamented porch (ayvan), with two delicately embellished wind towers on the roof. These 40-meter-high wind towers are made of sunbaked bricks, stones, straws, and mortar ventilating the air of the house. The interior architecture of the main hall contains the most exquisite and impressive frescoes, mirror works, and plaster carvings.

Opposite to the main hall (in the northeast side), there is a hall fronted by a terrace. Compared to the southwestern hall, this is a completely plain structure. Along the west and east walls of the courtyard, there is a columned porch in front of the chambers used as guests’ room.

As such, every single element of Borujerdiha House immerses you in the ambiance of a typical traditional Persian house.

The house is closed on National Holidays (only the religious mourning days).