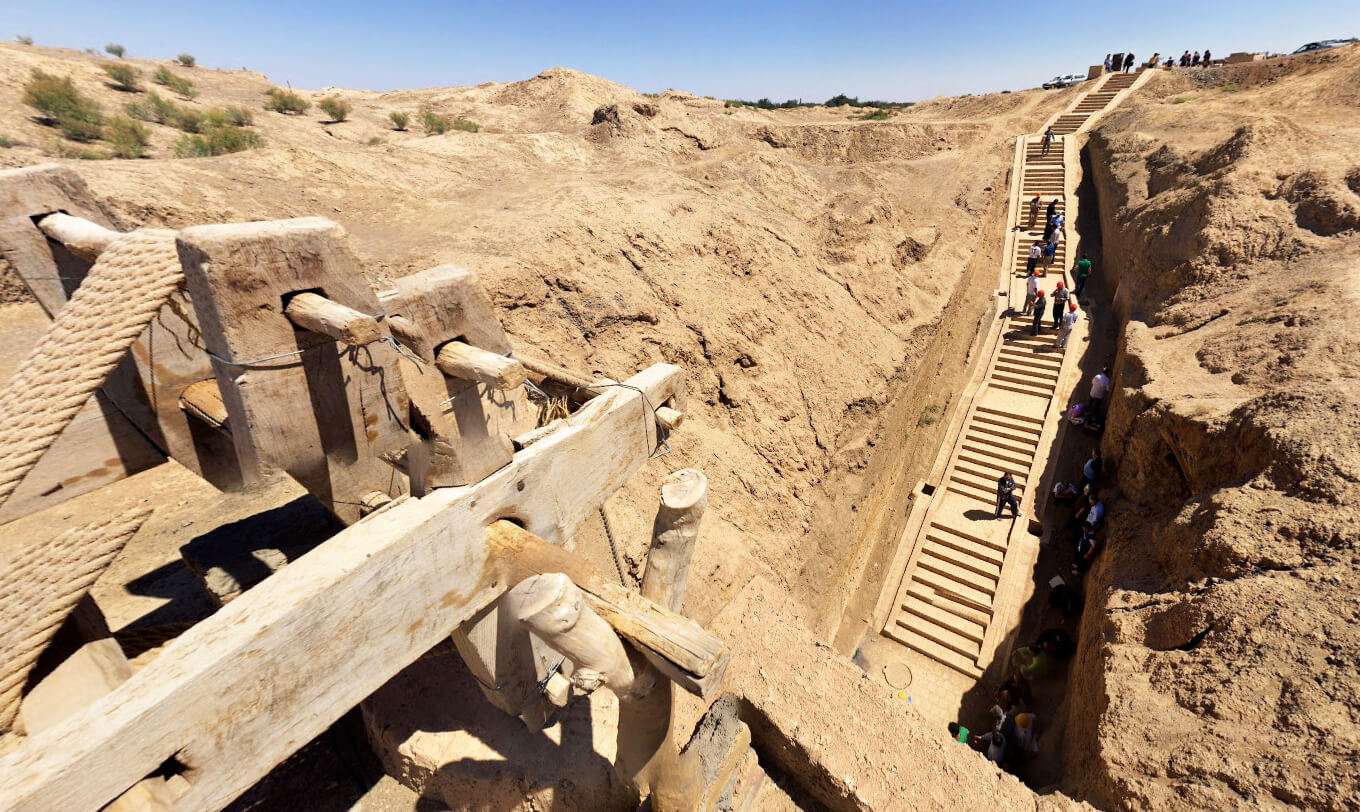 Visiting the ancient Qanat of Qasabeh in Gonabad, dating to the Achaemenid era. It is one of the longest qanats in the world with the length of around 34 km. 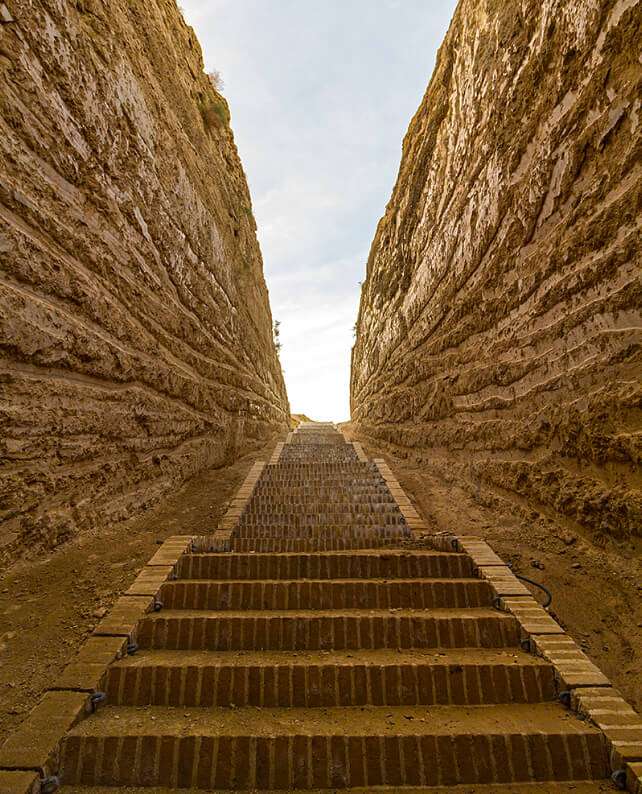 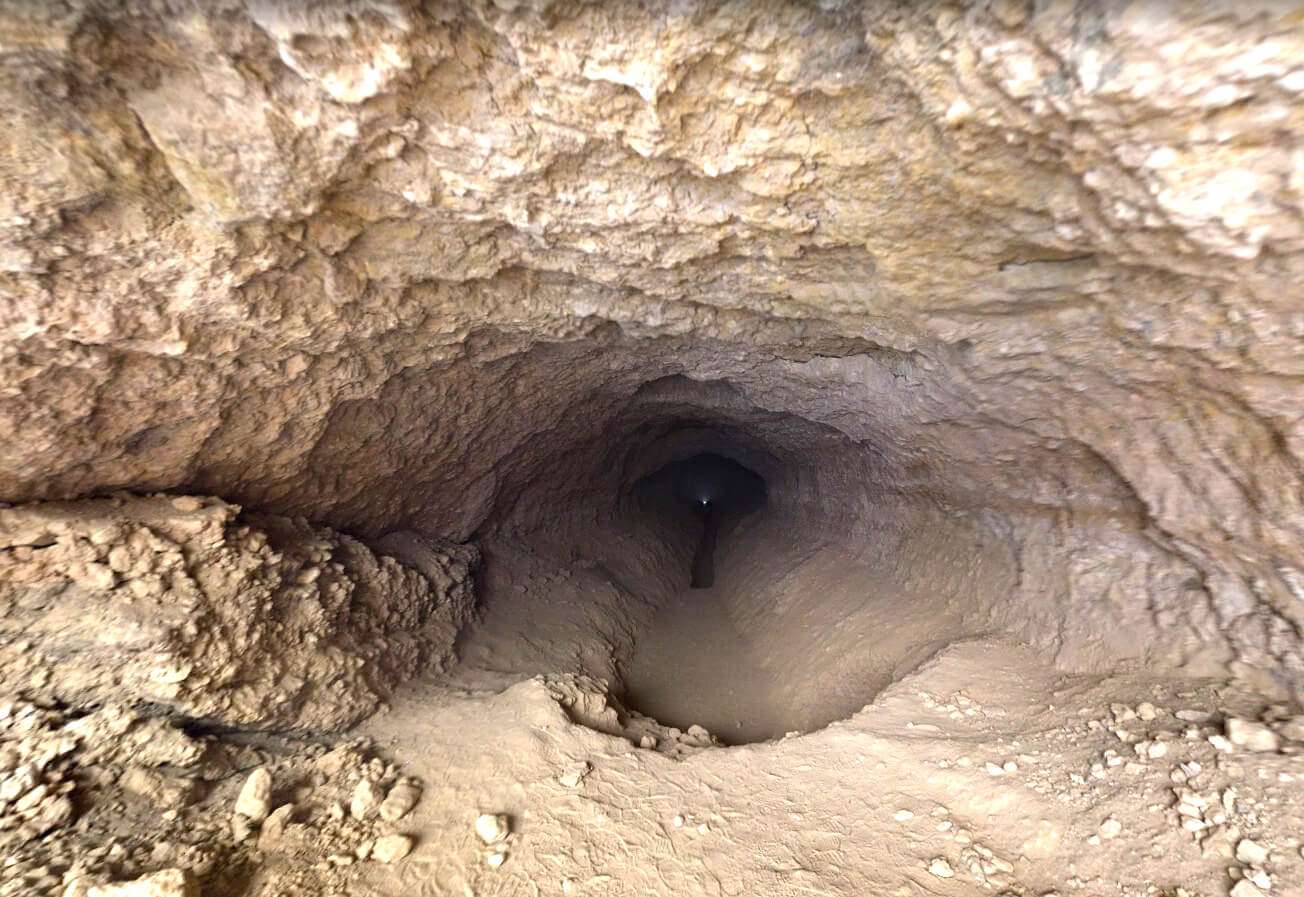 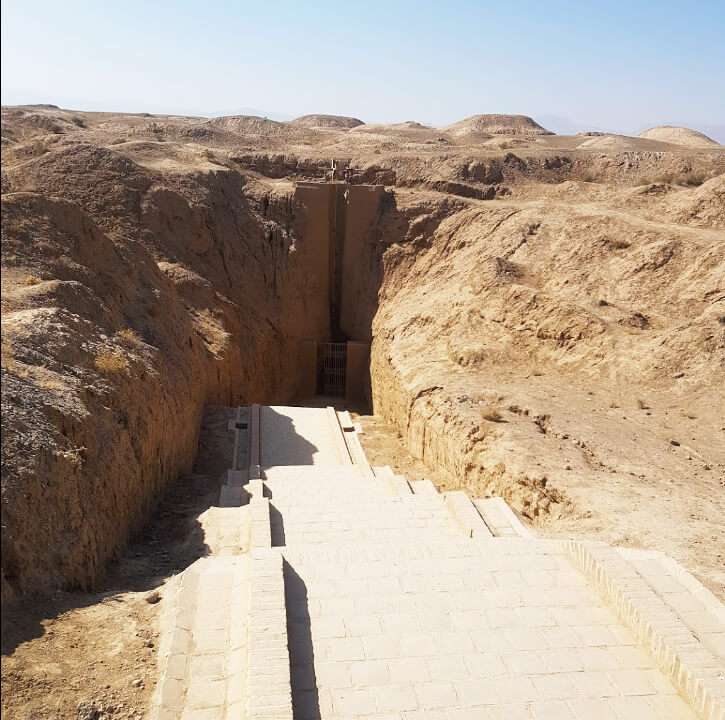 Qanat refers to a water supply system that helps the utilization of the underground water. Widely known as "Kariz" on the east of Iran, Qanats are among the most impressive innovations of Iranians in the world. As the plateau of Iran is mostly a dry piece of land surrounded by mountain ranges, groundwater is the crucial resource of its hydrological cycle. Qanats have been considered as the vessels of the Iranian civilization since the ancient times. It is recorded in some sources that there were signs of the existence and utilization of qanats as early as 1000 BC in the plateau of Iran. Far ahead in the Achaemenid era, the use of qanats became quite prevalent especially in Darius’s time (486-521 BC), in a way that any person who had built a qanat, following the order of the Achaemenid kings, was exempted from paying tax for five generations.

Later, in the Parthian era, due to the prosperity of the Silk Road, qanats played an important role in the trading affluence of the regions. In the Sassanid era, the significance of the qanats was preserved, when an independent court was established to supervise the qanats and the irrigation system in general. This tradition continued in the Islamic era and some books were compiled on the knowledge of constructing qanats. During the reign of the subsequent dynasties, especially in the Seljuk era, several qanats were built in Isfahan, Yazd and Kerman. Whilst roughly at the same time, some qanats were ruined due to wars and the Mongol invasions. Some of these qanats are still used in the arid areas of Iran. The intelligent technique of qanat construction also spread across the world, from southeast Arabia to central Asia and North Africa.

Technically, qanats are dug in arid regions, on the foot of the mountains where there is a slight slope of the land and the groundwater is flowing underneath. A qanat consists of an underground horizontal tunnel, which is connected to the surface through several vertical wells. The horizontal and vertical axes of the qanats facilitate the piping of the water to the surface. They also consist of a mother well, an access shaft, a qanat gallery, the exit part (Mazhar), the ending part (Pishkar) and a network of distributing channels. What is significant about this sustainable method of providing water is that the water comes to the surface with the help of gravity and without any additional power sources. This intelligent use of water could almost permanently transfer water to distant areas by reducing the evaporation loss.

Iran is ranked as the first country with respect to the number of its qanats. Eleven of these are categorized as UNESCO listed sites, each bearing its unique characteristics. These qanats are mostly scattered in the central cities of Iran such as Yazd, Kerman, Esfahan and Markazi; and east of Iran in Khorasan Province. The Following qanats are listed as UNESCO sites: Qasabeh Qanat in Gonabad, Qanat of Baladeh in Ferdows, Qanats of Zarch in Yazd, Hassan Abad-e Moshir Qanat in Yazd, Ebrahiim Abad Qanat in Arak, Mozd Abad Qanat in Isfahan, Qanat of the moon in Ardestan, Qanat of Gowhar-riz in Kerman, Qasem Abad Qanat and Akbar Abad Qanat in Bam, Qanat of Vazvan in Isfahan.

Qasabeh Qanat is located in Gonabad County, 271 km south of Mashhad in Khorasan Razavi province. This qanat consists of two main branches: Qasabeh and Doulab. Qasabeh is 13 km long with 222 wells and Doulab is 29 km long with 153 wells. The wells are also of two types: shallow–vertical wells and deep-stepped wells. The significant feature of this qanat is its deepest mother well which is about 300 m deep.

This qanat houses maze like corridors, a rest house, a cloak room, and a water reservoir dating back to 2700 years ago. The complex of these corridors is referred to as Qasabeh Qanat, or Gonabad Kariz or Keikhosrow Kariz.

It has three spouts; one of them is the exit of qanat (Mazhar), and leads to the qanat after 720 meters. The holes on the walls inside the qanat were used to support the torch lamps used by the Moqani or the Qanat digger.

The Qanat is open from 9:00 AM to 12:00 PM, and from 4:00 PM to 6:00 PM
The historical city of Gonabad boasts a number of historical monuments are worth a visit: the Historical, water and Anthropology Museums
the old Jame Mosque, Emrani Historical Castle, the Old Cedar of Noqab, Khaniki house and so on
Gonabad is famous for its old pottery industry. While visiting the city you can see a number of shops selling exquisite pottery vessels.

Things To Do In Gonabad