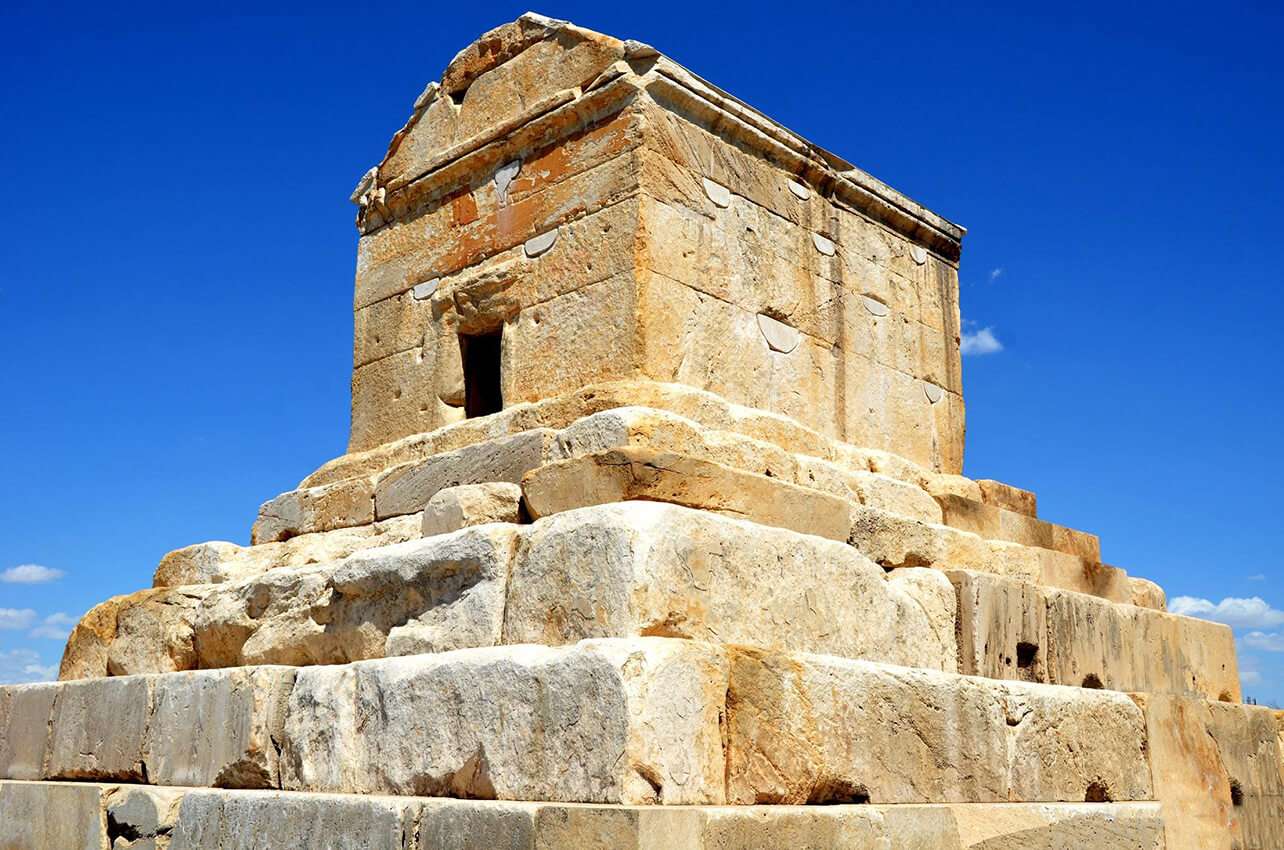 Wandering in the remains from the first capital of Achaemenid Empire founded by Cyrus the Great in the 6th century B.C. Tomb of Cyrus is also located in this world Heritage site.

Photos of the Pasargadae 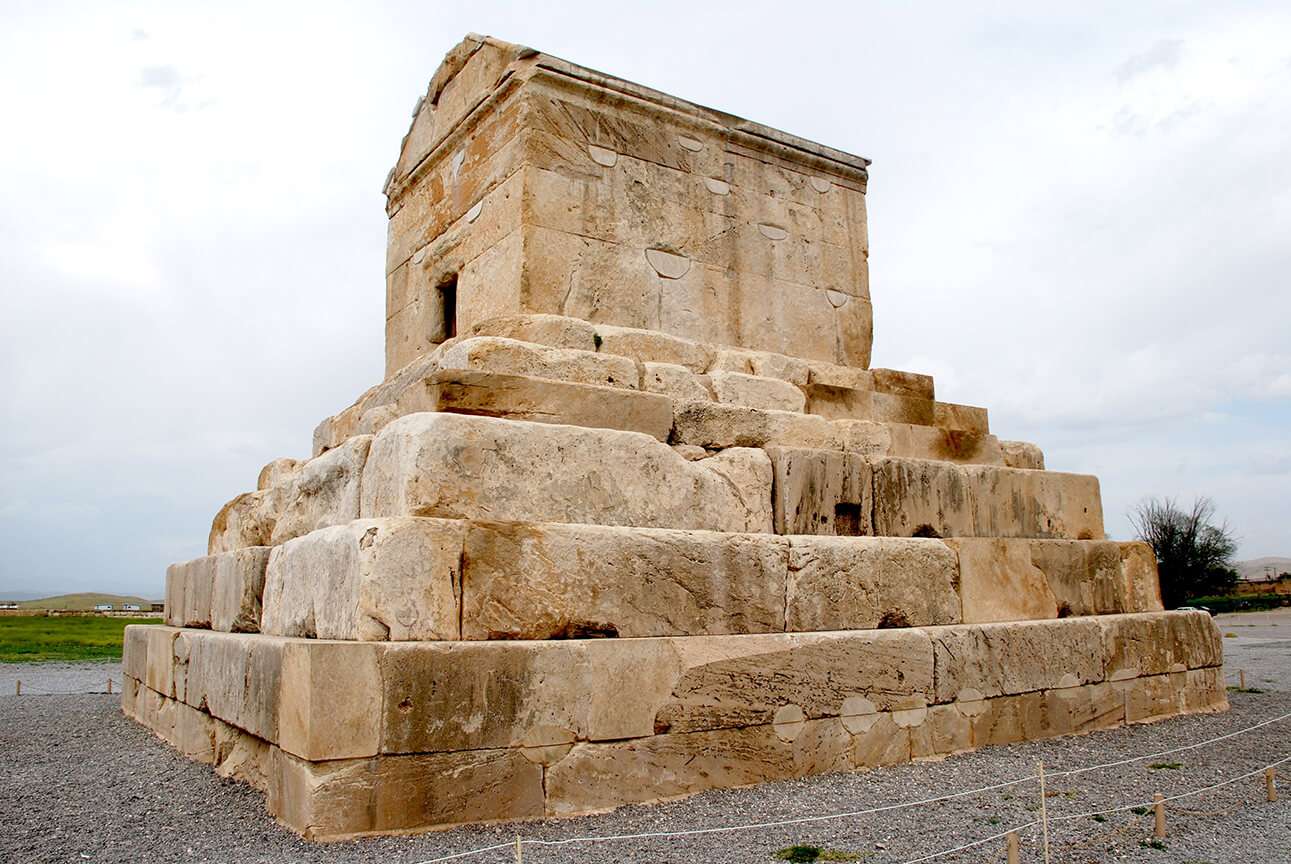 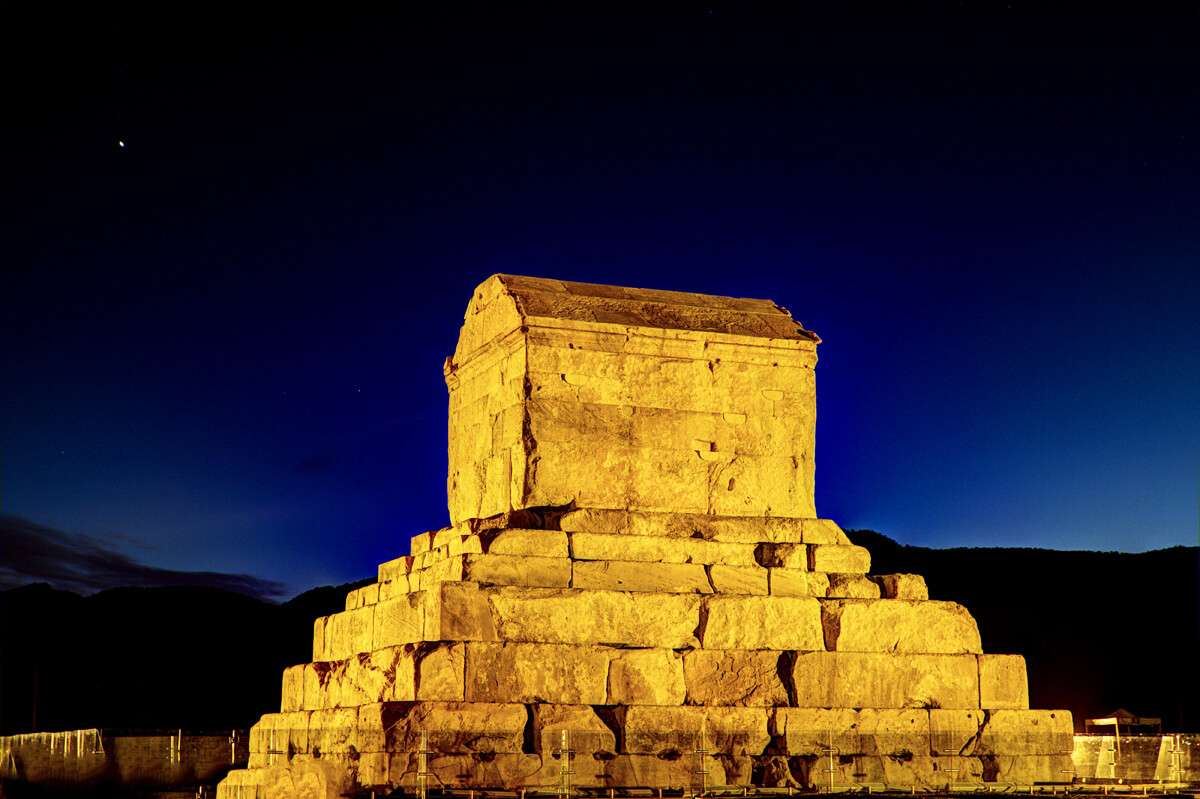 It was Cyrus, the king of all kings, who founded the first capital of the Achaemenids, and also the Persian Empire, in 550 B.C. As Cyrus, the king of Anshan, defeated the Medes and began occupying and adding lands to his kingdom, the Pasargadae was built as the governing center of this newly rising power. It was built not only as an example of architectural innovations, but also as a receptacle of the art and culture of all those nations who were becoming subjected to the power of the Achaemenids.

The Pasargadae, located in a 3000-year old windswept plain called Murghab, included a garden divided into four smaller gardens which served as the first example of what later gained fame as the Persian Garden with its Chahar-Bagh (fourfold gardens) plan. First, it was believed that the Achaemenids followed the design of gardens in Mesopotamia, but recent studies show that although Achaemenids were inspired by them, the garden built in the Pasargadae bears some unique features which makes it more than a simple recreation of the Mesopotamian gardens. These innovations, born in in the 6th century B.C, bore such a weight that became an integral part of Iranian architecture from the period of the Achaemenids onward. Sassanids followed this pattern by incorporating a monument known as Kushk into the gardens they built. This tradition continued through the Islamic period and flourished in the Safavid era. Furthermore, this UNESCO World Heritage site is the prototypical garden design which spread to the Orient, especially to China and India.

Pasargadae consists of the tomb of Cyrus The Great, a complex of palaces (including a fourfold garden, water channels, stone pools, a bridge, ceremonial palaces, the private palace of Cyrus and Pavilion A and B), a building known as Zendan-e Soleiman (Solmon's Prison), Tall-e Takht and the sacred area used for performing religious rituals. Walking through these ruins of the fallen Persian Empire revives the past and makes one feel the grandeur of one of the biggest Empires in the history.

The Tomb of Cyrus

"The very venerable appearance of this ruin instantly awed me. I found that I had no right conception of it. I sat for near an hour on the steps, contemplating it until the moon rose on it – and I began to think that this in reality must be the tomb of the best, the most illustrious, and the most interesting of oriental sovereigns."

The first and foremost point of focus in Pasargadae is the resting place and tomb of Cyrus. This focal point brings to mind not only the memories of a great man and a magestic king, but also the individuality and plurality of the first empire in the world.

The date of its construction is recorded between 540 and 530 B.C. Architecturally, it consists of two parts: a high plinth with six receding steps and a gable-roofed tomb chamber. The stepped plinth is rectangular, measuring 13.35×12.30 at the base, while the height of the monument approaching 11 meters. The tomb chamber is 3.17 m long, 2.11 m wide and 2.11 m wide. The entrance to the tomb chamber is located on its north-western part with a height of 1.39 meters and a width of 78 centimeters. This entrance wass protected by a door which was believed to be made of wood or of some precious metal. Each wall of the tomb chamber is 1.50 m thick and used to house a couch, a table, several drinking cups, a cloak, a rug, a golden coffin and some precious jewellery items. Particularly remarkable is that this humble structure, having lasted for more than 2500 years, was stacked together with metal clasps instead of mortar.

After Cyrus’s death, his body was brought here on a golden throne and was meant to rest here forever, but his sleep was disturbed by Alexander’s invasion.The mausoleum was considered sacred both during the Achaemenid dynasty and the Islamic era. In the Islamic era, this great structure was known as Mashhad-e-Madar Soleiman. It was only in 1820 that the structure was recognized as the tomb of Cyrus. In the vicinity of the mausoleum, a mosque was built in the 12th century from the fragments of the palaces in Pasargadae. However, the stones used for building this mosque were ordered to be returned to their original places in 1972.

Not far from the tomb of Cyrus, one can find the relics of a caravansary built during the reign of Mozaffarid dynasty, 13th century. It is constructed in blocks of stone, brought from the royal palaces located one kilometer away on its northern side. Architecturally, the caravansary includes an irregular rectangular courtyard, measuring 208 square meters, with a 30.3 meters wide iwan holding large and small rooms on its back side. The entrance to the caravansary lays on its eastern side. There also used to be a cemetery which was in use until recently. The valuable tombstones are kept in the Museum of Stones in Shiraz.

The innermost palace of the complex, sometimes called the “Private Palace”, is surmised to be the residential palace of Cyrus. The Private Palace includes a thirty-columned central hall, equipped with narrow doorways in all four walls and fronted with two porticoes at its northwest and southeast ends. The narrow doorways and small columns of this palace, in comparison with the other two palaces at Pasargadae, used to create a space endowed with more intimacy.

However, the long southeastern portico in antis provides a more rigorous suggestion about the main function of the palace. At the center of this portico, there used to stand a stone throne with a commanding of the garden. This arrangement increases the possibility that the king used to sit here, pondering the trees, grasses and streams of the garden.  Like other buildings of the Achaemenid era, the main doorway is adorned with the sculpture of Cyrus. The influence of Greek architecture is evident in the design of columns in this palace. The construction of this palace started during the reign of Cyrus but finished in the time of Darius. However, the inscription was later written by Darius in the name of Cyrus. This claim is backed by the fact that there are not any inscriptions left from Cyrus except the cylinder found in Babylon.

This palace is also known as the “Palace with the column” and “Audience Hall”. This palace was the first headquarter of the United Nations, hosting discussions about human rights 25 centuries ago. The ceremonial palace for Cyrus holds a central columned hall and four porticoes. From the eight columns of the hall, only one column is left, the other columns were used to build a mosque close to the mausoleum. Four pairs of reliefs used to adorn the four entrances of the hypostyle. The northwestern doorway was adorned with human and eagle-footed monster patterns. The south eastern doorway is adorned with human, fish and cow patterns. One of the oldest cuneiform inscriptions was found on the southern wall of this palace. This palace also documents one of the most distinctive stone capitals with a double animal figure.

The main entrance to Pasargadae used to be located in this part which is also known as the Palace with the Relief. It is recorded that this R gate was the tallest structure of Pasargadae. There are two main entrances on the northwest and southeast and two secondary entrances on the northeast and southwest with two rooms for servants. The only almost intact stone relief in Pasargadae is here with the human-headed bull pattern which has four wings symbolizing power and divine protection. This pattern is inspired from Assyrian, Elamite, Egyptian and Babylonian art. This gateway is very similar to the Gate of all Nations in Persepolis.

A fourteen-meter-high enigmatic tower from which the only one of the walls is left. It was one of the masterpieces of architecture with finely cut lime stones. It is believed that this place was the mausoleum of Cambyses, the son, and successor of Cyrus. The mausoleum is similar to Kaʻbeh Zoroaster in Naqsh-e Rostam, but this structure was built earlier. The walls were in white marbles and the blind windows were in black. The reference to Solomon is related to the Arab Conquest.

Tall-e Takht, "Throne hill", is a high hill dominating the plain. It was also known as Takht-e- Madar Soleiman in the Islamic era. Here are the remnants of the structures dating back to four different eras; the fortress walls date back to Darius the great, from 500 to 280 BC. The outer wall and the northeast stairway date back to Cyrus’s era, 540-530 B.C. The mud brick stone structure dates back to the Seleucid (in Antiochus I era), to the Parthian and with some changes to the Sassanid eras. It is also recorded that after the archaeological excavations, some potteries were found in Tall-e Takht dating back to the Elamite era. This stone platform was used as a place for religious and ceremonial events. This never-finished project was on the path of the ancient road to the central part of Iran and it was supposed to be a place like Persepolis. The original height of the façade was 15 m but due to gradual destruction, only 6 meters is left.

The site is open every day except on national holidays (the religious mourning days) from 7:30 AM to 8:00 PM (during spring and summer), and from 8:00 AM to 6:00 PM (during autumn and winter)
Hiring a local guide is absolutely helpful.