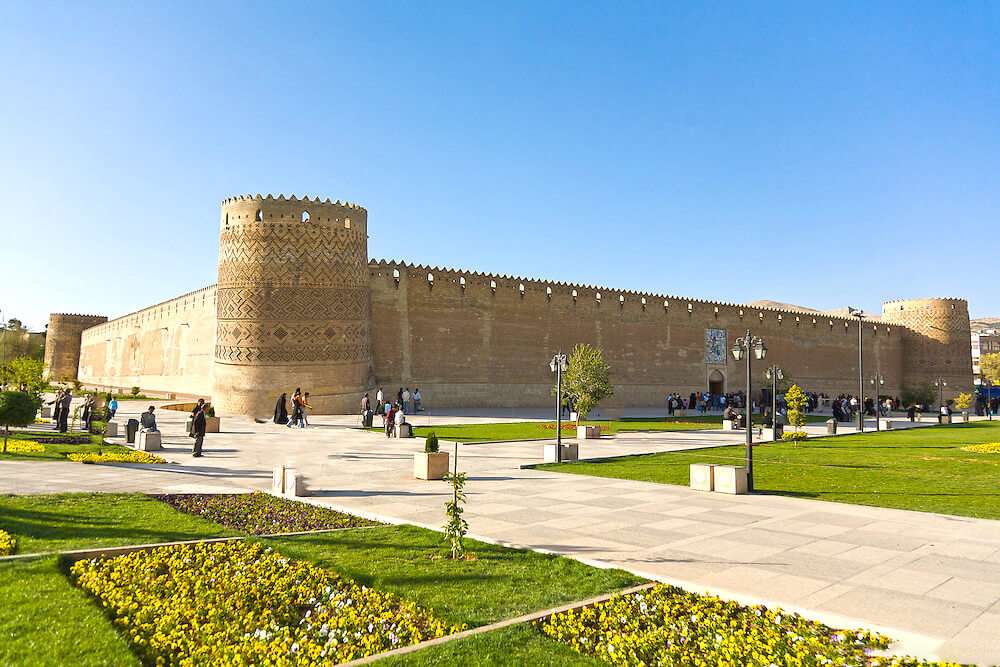 Exploring the stunning citadel dating back to the 18th century in Shiraz city center.

Photos of the Arg of Karim Khan (Karim Khan Citadel) 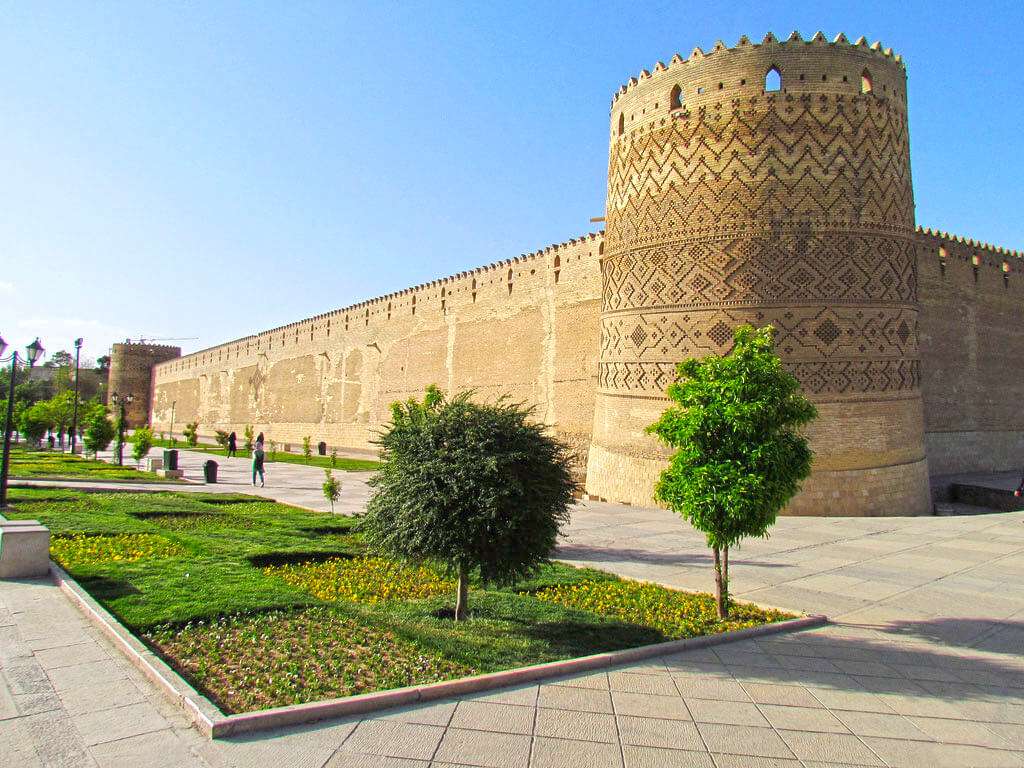 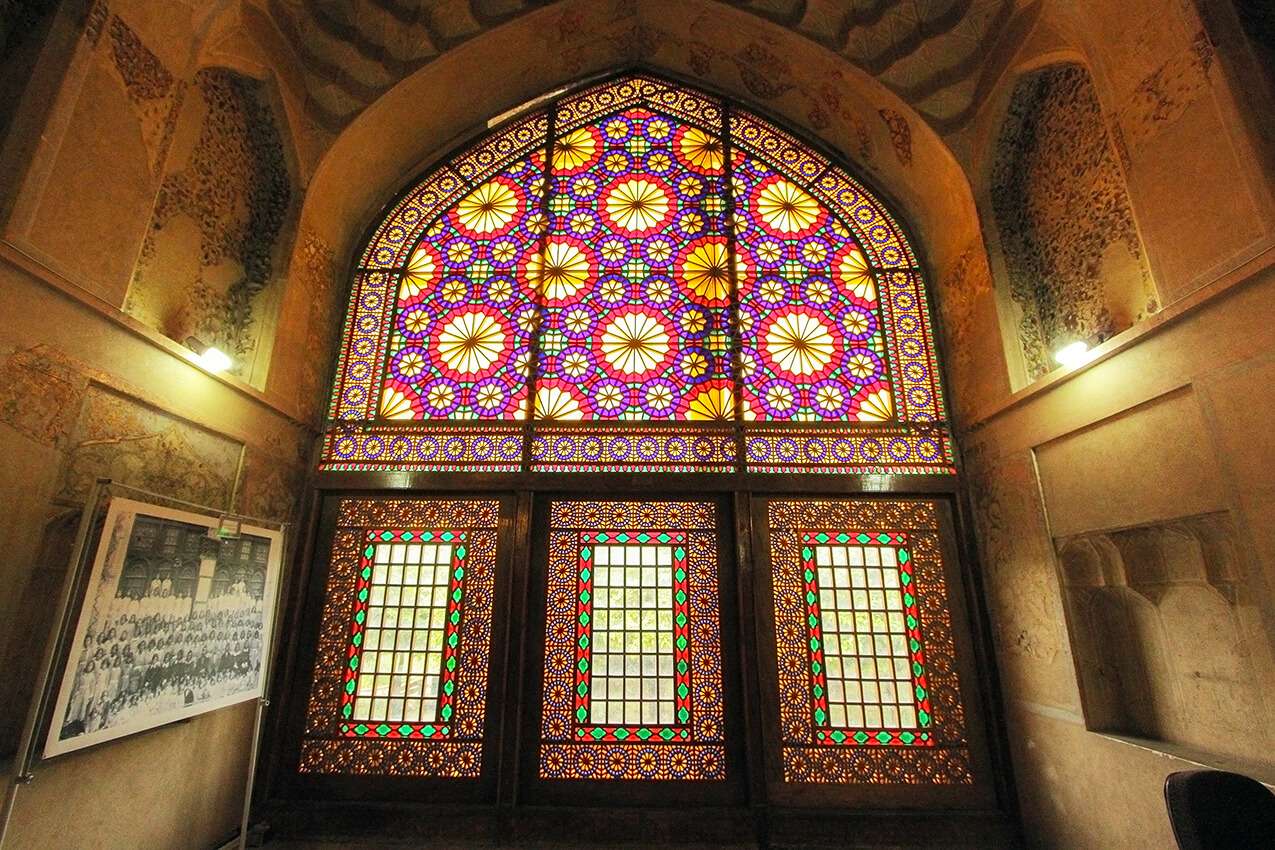 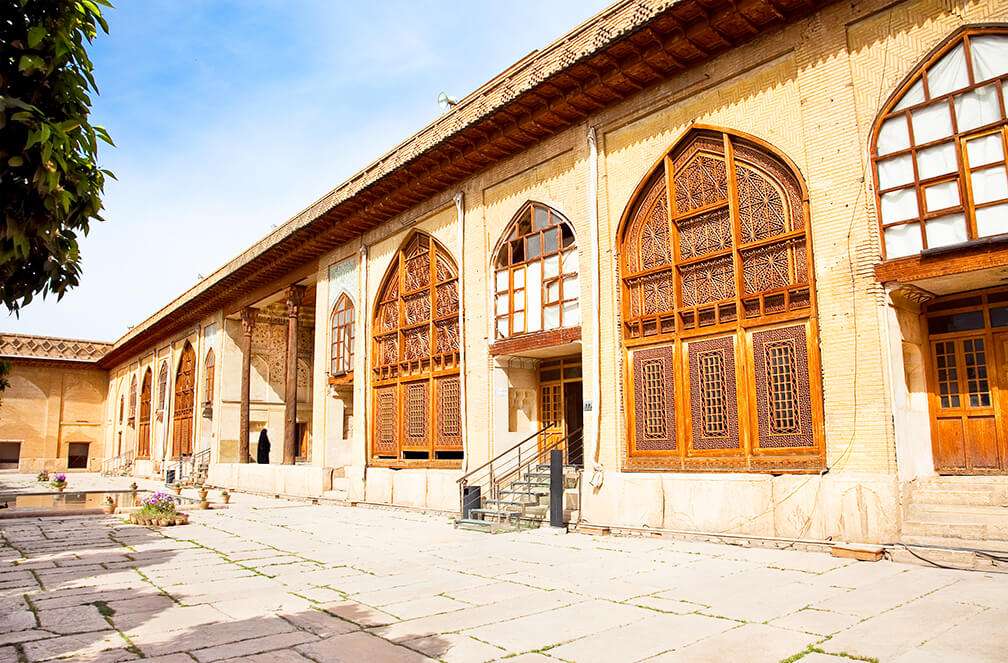 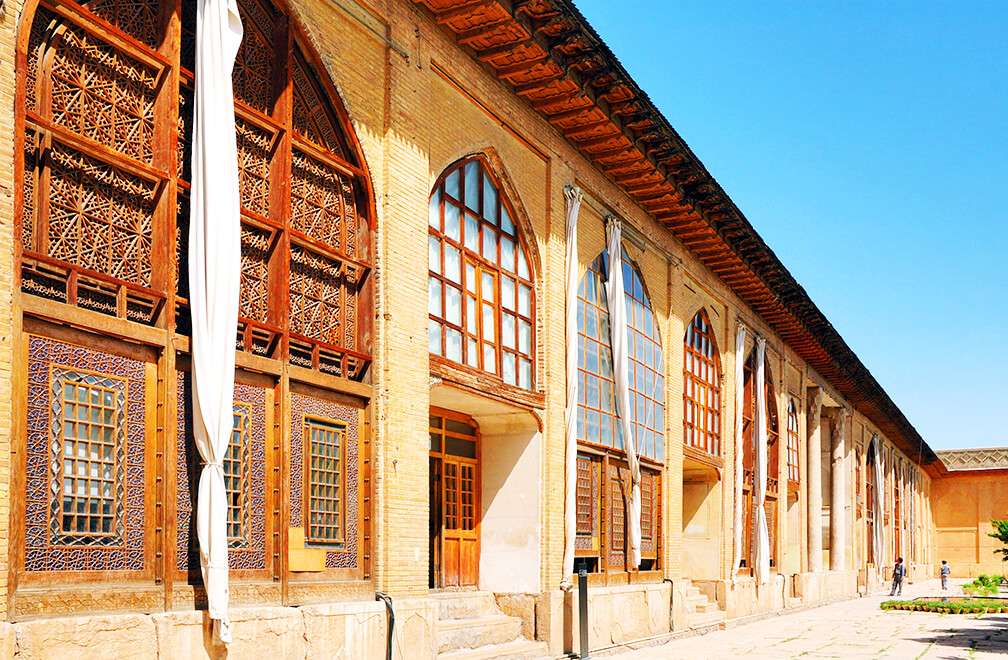 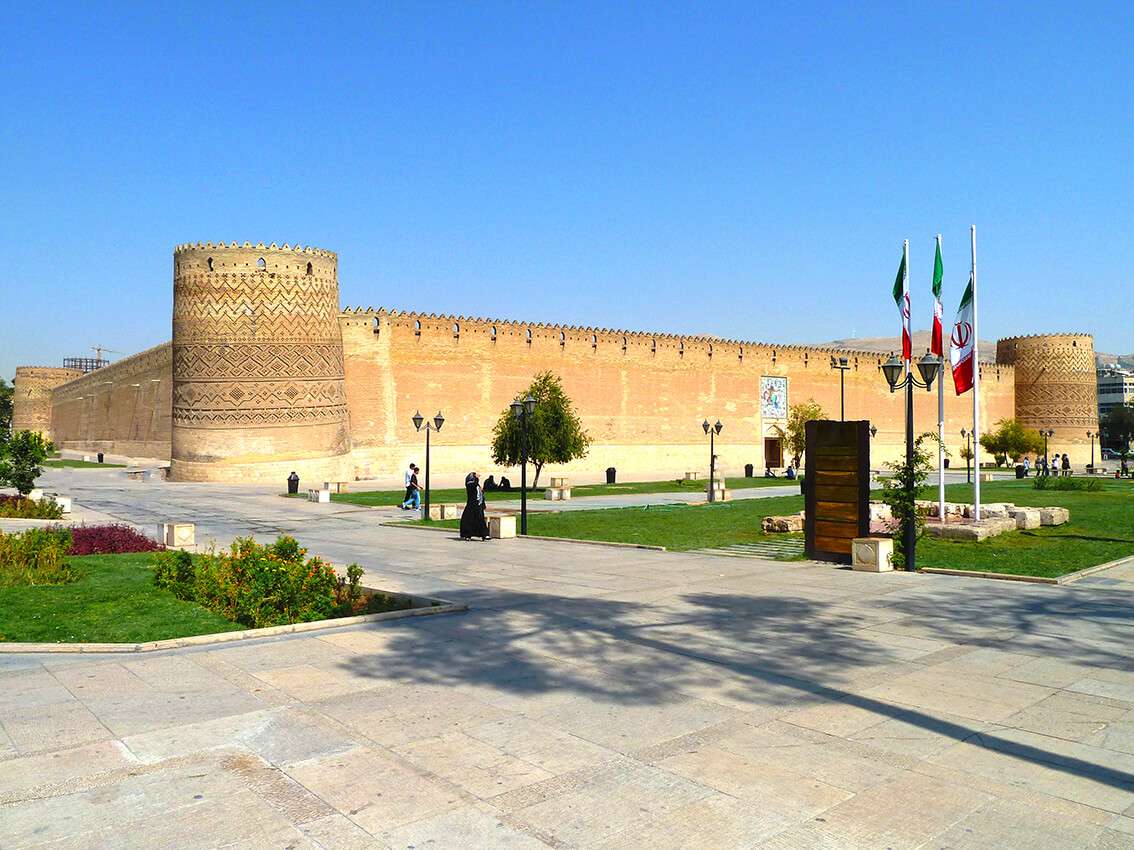 Arg-e Karim Khan is the 18th-century royal castle of the well-known ruler of Zand dynasty, Karim Khan. As Shiraz became the capital of Iran in the Zand era (1751-1794), Karim Khan brought different architects and craftsmen from all over the country and even India to build this fortification in the best part of the city. This citadel was built in 1766 and is one of the earliest buildings constructed in Shiraz under the Zand rule.

The Arg is a large, rectangular building, originally surrounded by a 4-meter deep moat as a means of protection against the threats of enemies. Furthermore, there are four conical watchtowers at each corner of the building, soaring up to 14 meters height. The monument measures 124.8 m from east to west and 93.6 from north to south. The outer walls are 12 m high and the lofty entrance to the citadel is positioned in the middle of the east wall. The Qajarid glazed-tile panel installed above this portal displays Rostam, the mythic hero of Shahnameh (The Book of Kings by Ferdowsi), defeating the white demon. The castle's vestibule, corridors, guardrooms and Hammam (bathroom) are all housed behind the above-mentioned portal. An interesting point to note is that the sewerage system of the bath has caused the southeast tower to shrink, giving it the appearance of the Leaning Tower of Pisa.

The interior court measures 93.6 m by 72.8 m, containing two pools, and a garden full of orange trees and flower rows. There are three big porches (ayvans), each bearing two tall, stone pillars, in the middle of the north, south and west sides of the courtyard. In turn, each Porch contains halls, three-door rooms, and stairways leading to small rooms and porches on the upper floor.

The citadel of Karim Khan is largely made of mud-brick, with wooden doors and rafters. However, the foundations, lower walls, pillars, and pavements of the castle are of stone. As K.Afshar says: "the base of the outer walls and towers are faced with rough-hewn square stone (badbor-e shirazi), while the upper portions of them are faced with interlaced brick ornamentation (heshtogir-e shirazi)."

Interior decorations included arabesque, floral patterns featuring Persian flower, and bird (Gol-o morgh) motifs. These Shirazi-style patterns were painted in vivid colors and gilt on the upper parts of the walls and ceilings. The herbal colors and gold plates were used in the ceiling’s ornaments. The interior used to be abundantly decorated with tiles, marbles, plaster works and gilded paintings. Large carved stone panels used to adorn the lower parts of the courtyard and large mirrors, brought from Russia, Europe, and Ottoman lands were installed here.

The Arg served as the residence of successive Zand rulers, and its towers were occasionally used as a prison during this time. Then, during the Qajar and early Pahlavi periods, it became the seat of governors general of Fars. A hut was built in place of the long wall of the citadel in 1901. Later, when the modern general governor's office (Ostandari) of Fars was established, a new building was built on the eastern edge of the Arg which functioned as the city's police headquarters and prison. In 1977, the monument underwent restoration and some of its damaged decorations were brought back to life.

The citadel is open every day except on national holidays (religious mourning days) from 7:30 AM to 9:00 PM (during spring and summer), and from 8:00 AM to 8:00 PM (during autumn and winter).