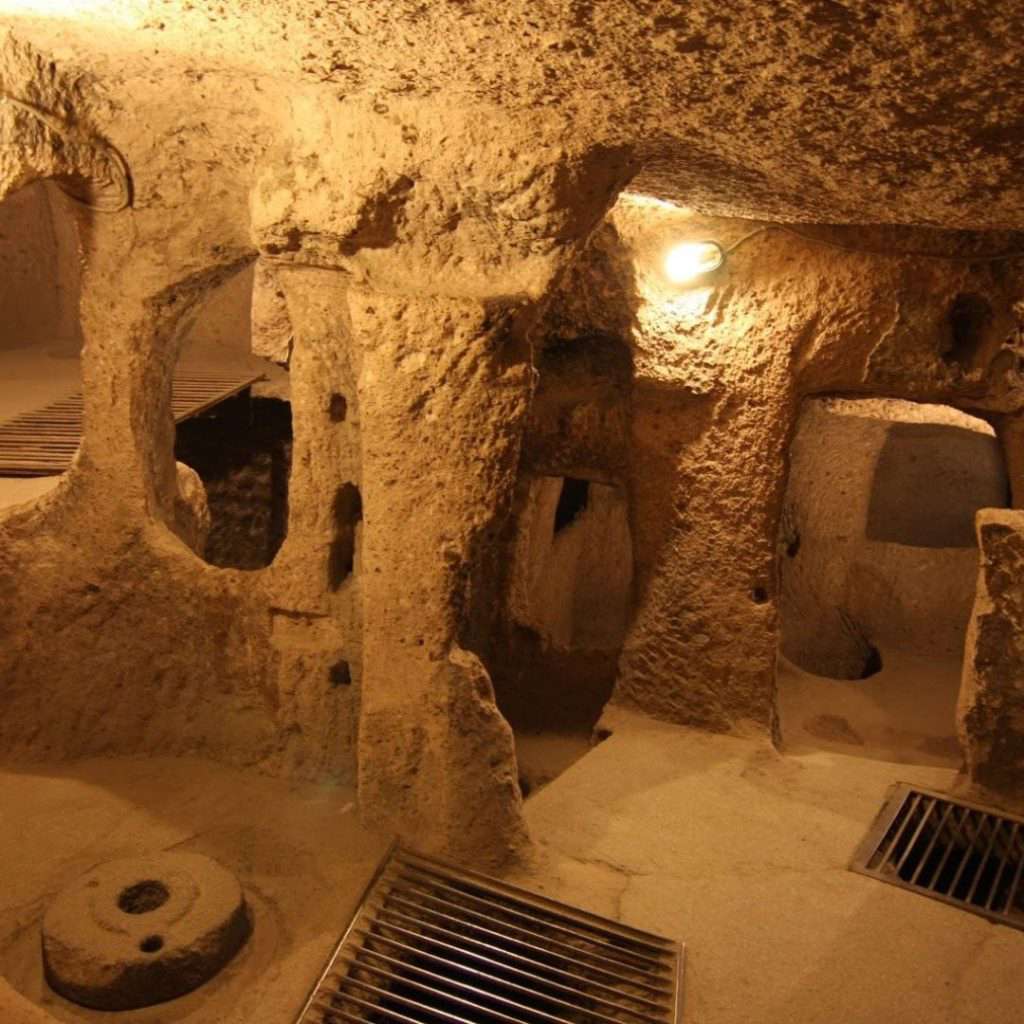 Exploring the underground city of Noushabad dating back to Sassanid era. It is expanded later during the following eras as a shelter for the local people.

Photos of the The Underground City of Nushabad 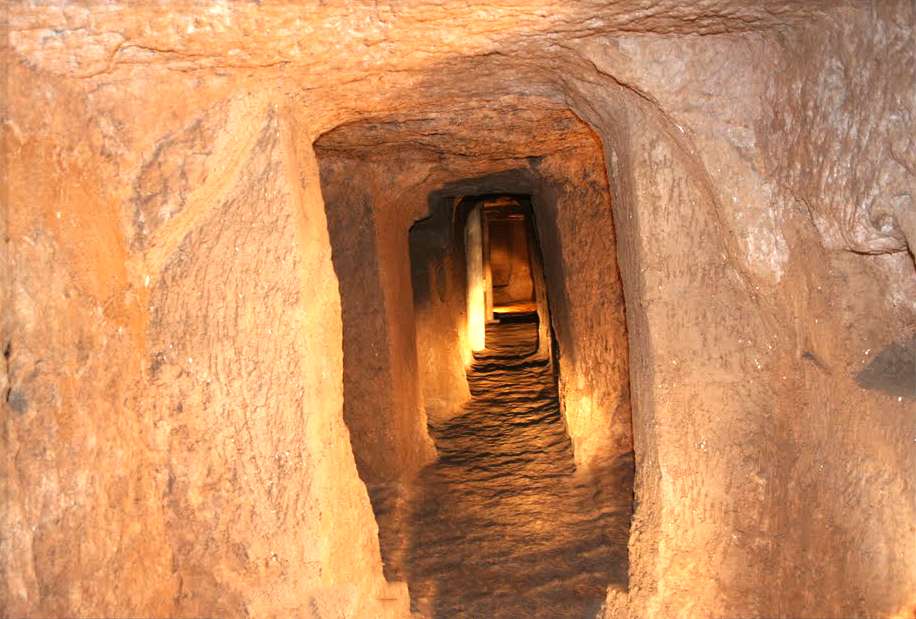 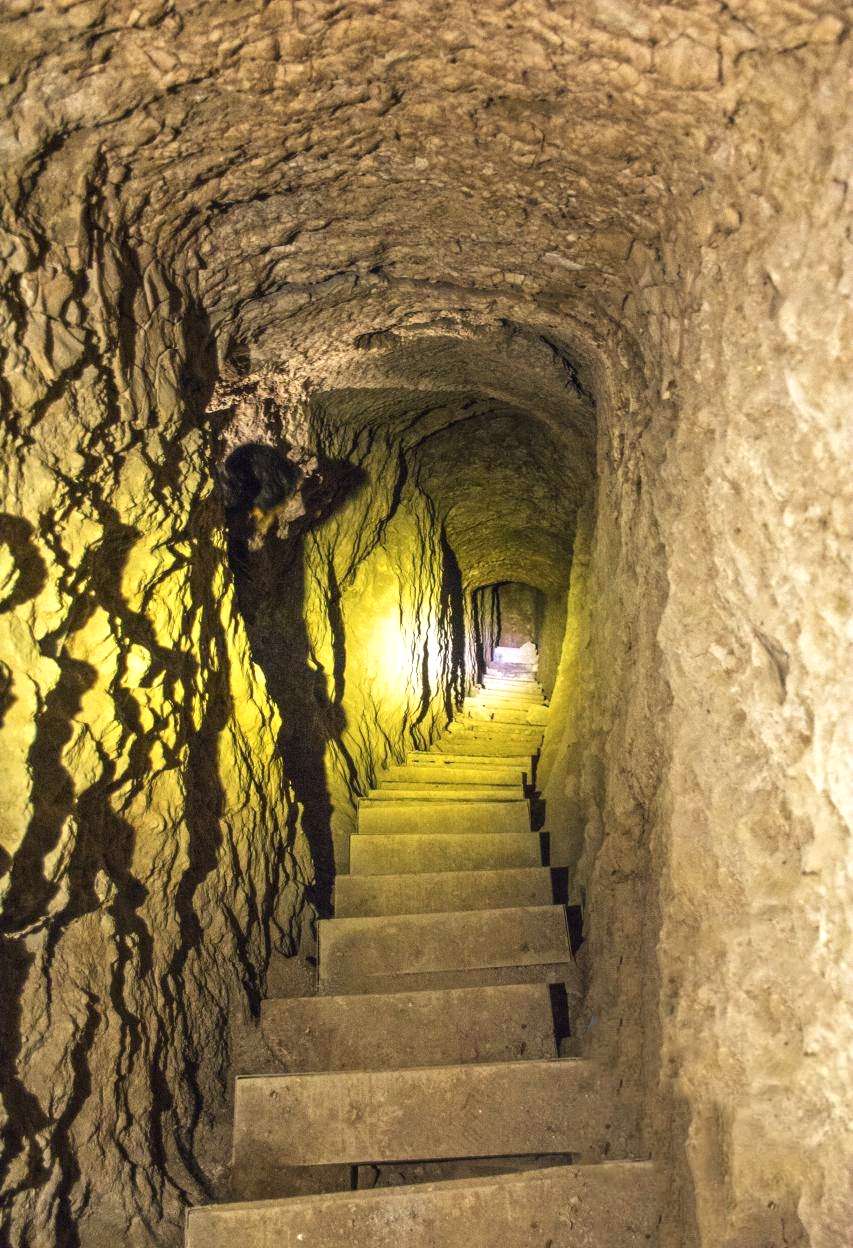 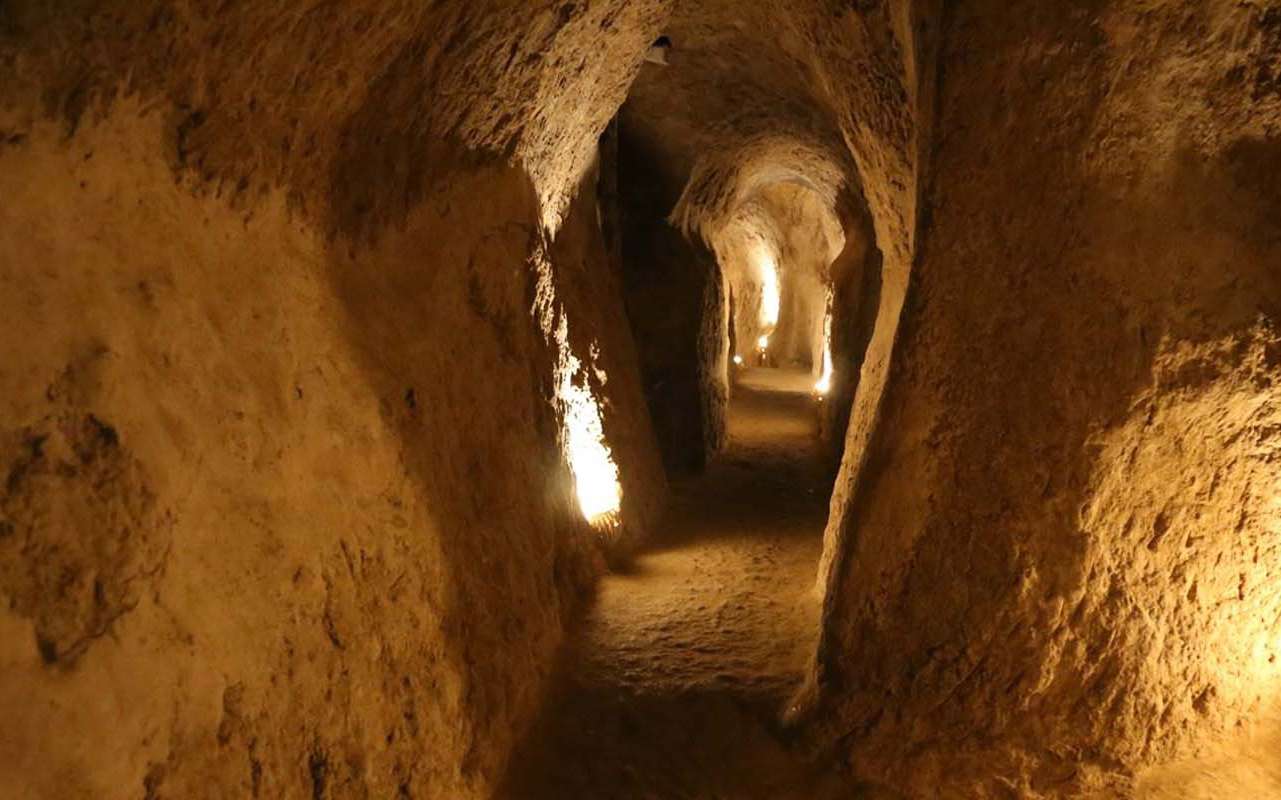 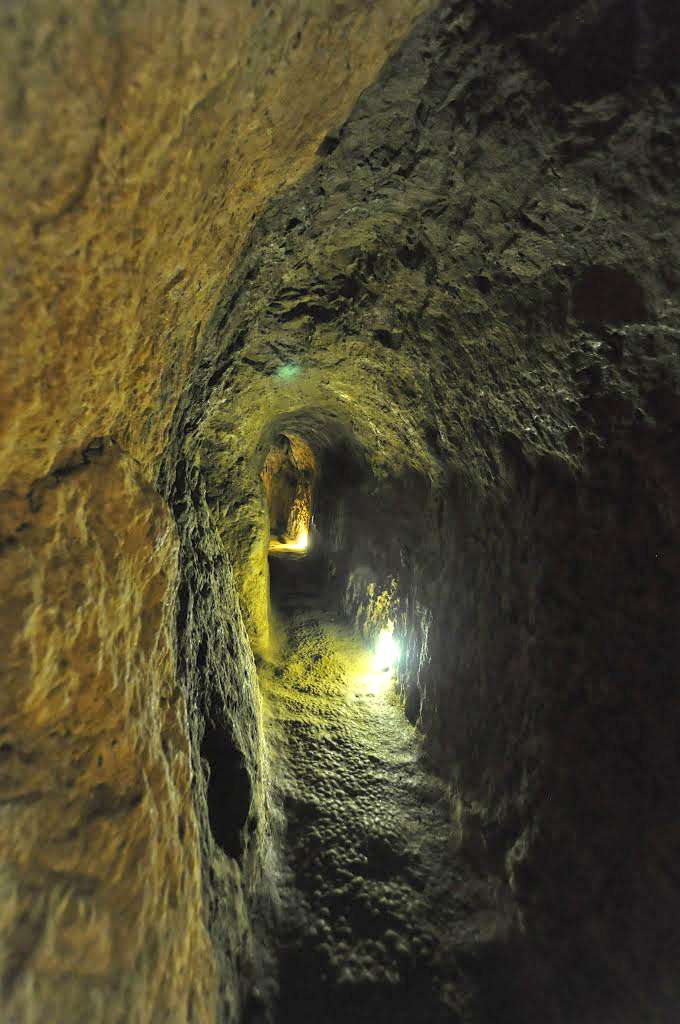 Explore the The Underground City of Nushabad

The ancient desert city of Nūshābād is located some 10 km north of Kashan, and a few km west of Aran va Bidgol. Hosting numerous relics from different periods of Iran's history, Noushabad can be seen as a museum in the scales of a city. In the old times, mud-brick forts and castles used to surround Noushabad to protect the city against its enemies. However, these fortifications were not the only defensive strategy people of Noushabad resorted to. To protect themselves against incessant threats, residents of Noushabad came up with the imaginative solution of melting into earth. Yeah, they sought shelter within the embrace of mother earth! To be able to do this, they had carved a secret, underground city in which they sheltered whenever an overpowering enemy approached their territory. This hidden city, called “Ouyi” in local dialect or “hey!” in English, was discovered by chance in 2004. Concerning the etymology of the name of this city, it should be mentioned that the residents used the injunction Ouyi widely to call each other whenever in the underground city and so it became popular as “Ouyi.”

The city came into existence in the Sassanid era and continued to be extended both horizontally and vertically during the Seljuk, Safavid and even Qajar eras. In the time of danger, the people would access this underground shelter through the wells dug in their houses, but the access was not that straightforward. The labyrinthine structure of the city was meant to make the access to the city difficult and to give its residents full control over the potential intruders. Ouyi must have saved many lives from the unimaginable brutality of the Mongol invaders in the 13th century, or centuries before that, from the Arab invaders. And many innocent lives might have starved here in those horrible days.

Being probably the biggest underground city discovered in the world, its intricate network of corridors spread under the whole city, and even further, in three levels. The lowest level is dug about 20 m under the ground, with chambers and some necessary provisions to make it temporarily inhabitable. Presently, two main entrances have been provided to give the visitors access to the underground city of Noushabad. One of them has been dug through the historical water reservoir in the central part of the city. Each entrance of the city is about 120 centimeters high, and only one person can pass through it. Also, it should be mentioned that only the first level and some parts of the second level are now accessible to the visitors.

Some of the wells which connect the different levels of the city are covered with something like millstone with a hole in the middle in order to let the air pass through. A perfect wonder about the city is the awesome ventilation of this three-level underworld which was made possible through the channels provided in the first level. They let in the fresh air and the wells circulated it in the lower levels. Apparently, fat-burning lights placed in recesses carved in the walls in short distances used to light the dark, tangled corridors and chambers. The oldest fat-burning light discovered in the city dates back to 700 years ago.

Further archaeological projects are in process to explore other parts of the city, and make them accessible to the visitors. And, further excavations may reveal Ouyi much longer than what is estimated so far.

The underground town is closed on national holidays (Only the religious mourning days)
It is open from 9:00 AM to 8:00 PM during the weekend and national holidays
As some of the twisted corridors are significantly narrow, the site is not recommended for people with claustrophobia
Having emerged from the dens of history, you may wish to taste Noushabad traditional drink called “Anūsheh.” A combination of coffee, water, and sugar, scented with cardamom, cinnamon, and rosewater which is brewed in copper pots over gentle fire as long as 5 hours. It would be pleasant to taste! Degree of difficulty: 2 out of 5.

Things To Do In Aran va Bidgol