Visiting the Aqa Bozorg mosque and madrasah in the center of Kashan. This 19th-century structure enjoys a unique spectacular architecture.

Photos of the Agha Bozorg Mosque 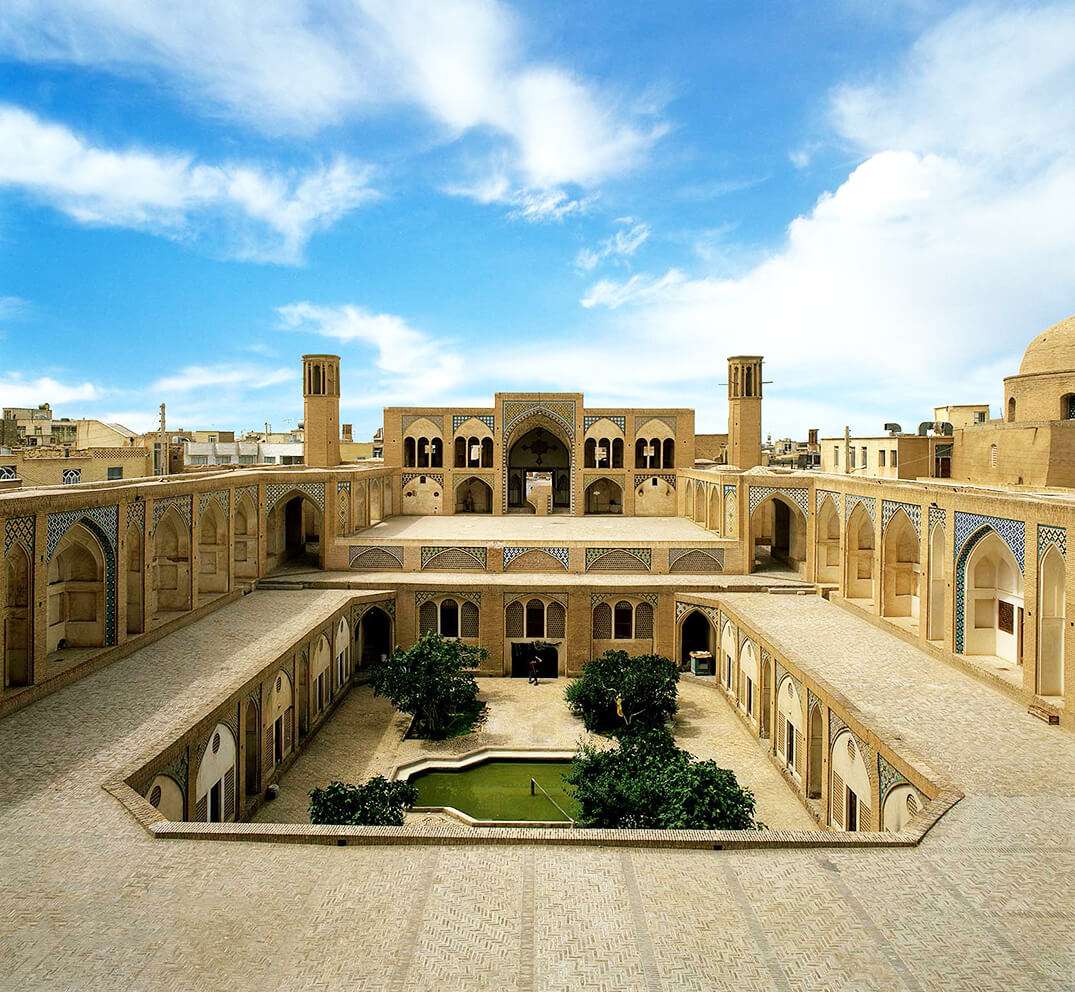 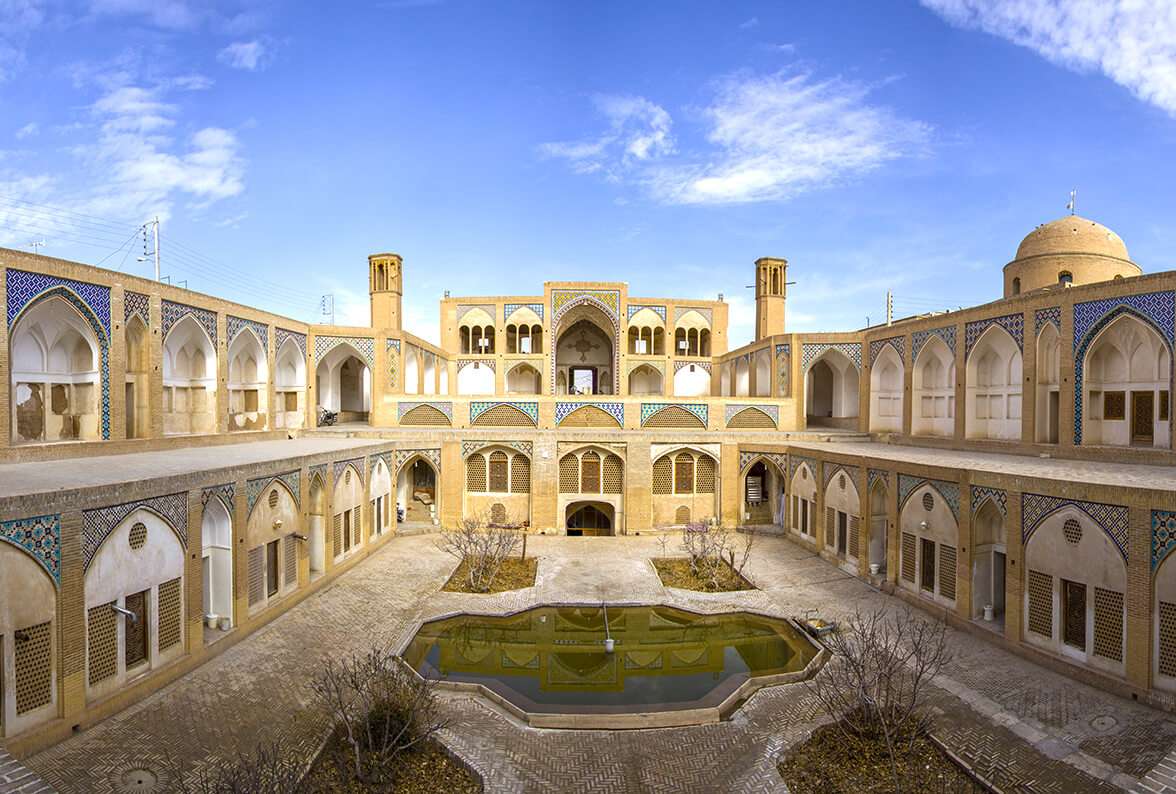 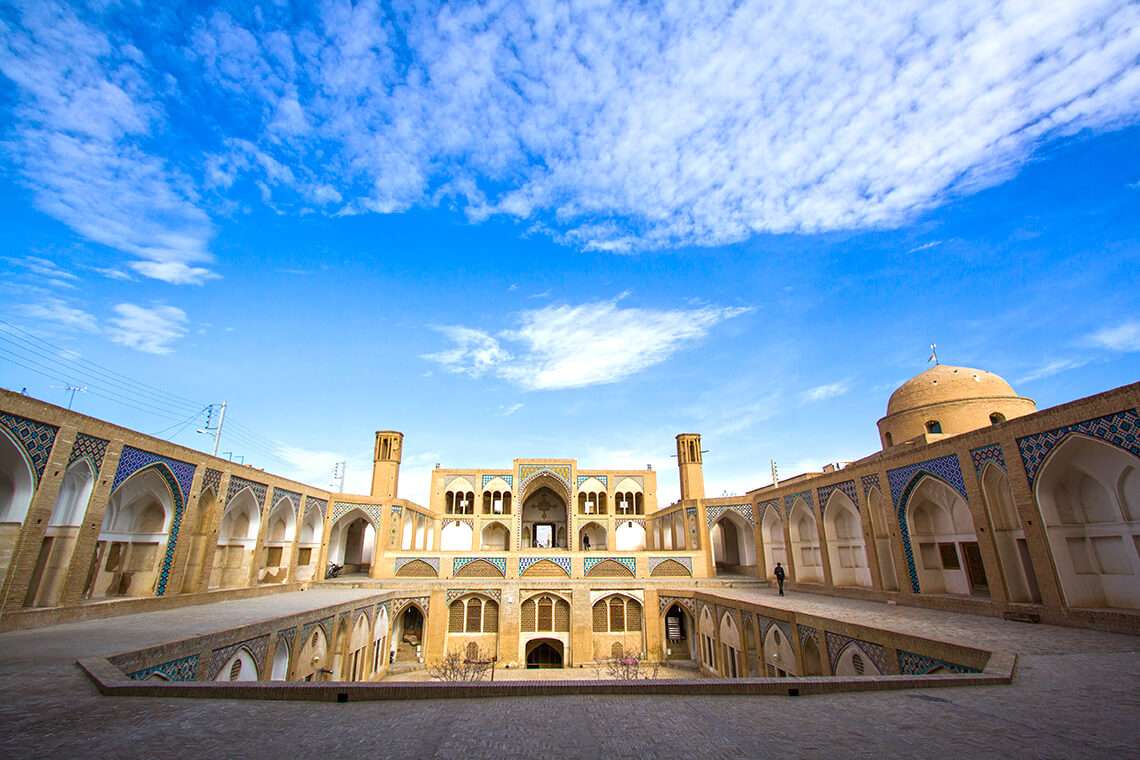 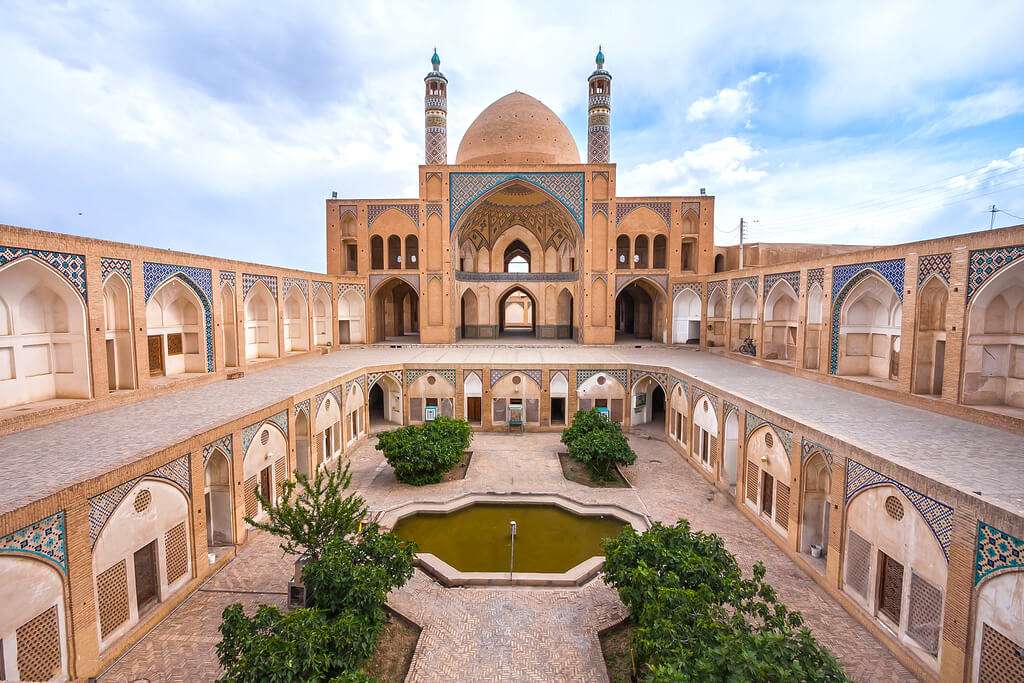 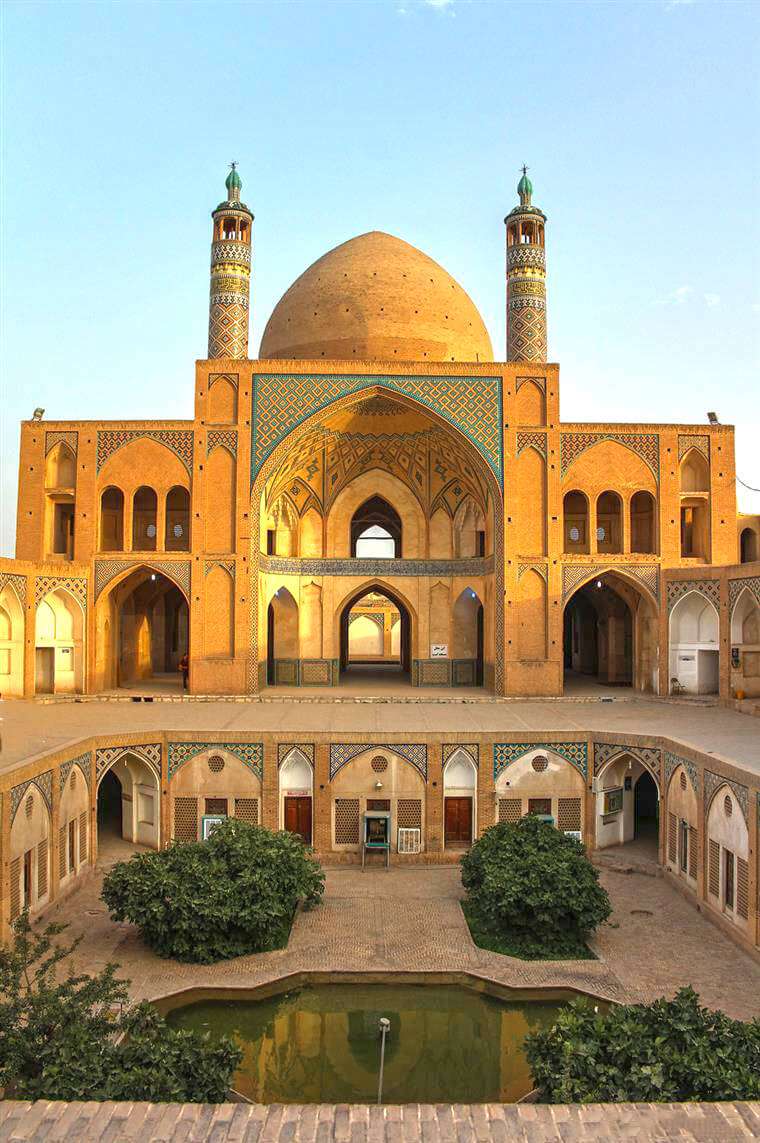 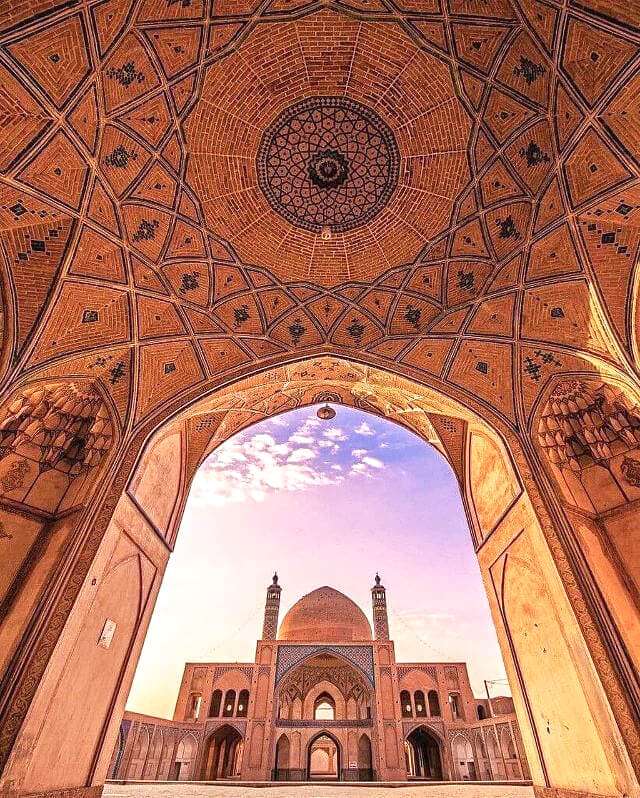 This showcase of Iranian-Islamic art is thought to have been the prototype for symmetric architecture. The portal is accompanied by two stone benches which were used as resting places for passersby. The inscription above the portal points out the tax exemption of the mosque in the order of Mohammad Shah Qajar’s era. The entrance door is nailed by more than 6000 pins, the iron oxide of which prevents the destruction of the wood by termite.

The courtyard is built in two floors. The lower level yard incorporates a pond, a fountain,  a garden, and drawing on a natural cooling system. There are three prayer halls (shabestan) attached to the yard, in harmony with the mosque and the school. The upper level is surrounded by 12 student rooms (hojrah). It is recorded that the northern prayer hall, which has 40 columns, was built over the remains of a 15th-century mosque and the western prayer hall was built in 1868.

Four stone stairways on four corners of the yard, connect the rooms to the higher courtyard. There is another stairway in the middle of the northern wing leading to the sardab (basement). Sardab is also connected to the wind towers, creating a pleasing air flow in the northern prayer hall.

The two tiled minarets and the double layered, 18 meters high brick dome, crowning the octagonal podium, are among the tallest buildings in Kashan. The dome is among the biggest brick domes of Iran; it is decorated with fine brickwork, exquisite Quranic inscriptions, and calligraphies. Particularly remarkable is, unlike other mosques in Iran, the dome installed over 8 free columns. Also, the southern wing, usually a closed area, where the altar is seated, is an open area in this mosque. All these features create a unique open space helping the air ventilation.

The mosque is closed on National Holidays (only the religious mourning days)
Visiting the mosque is free of charge.