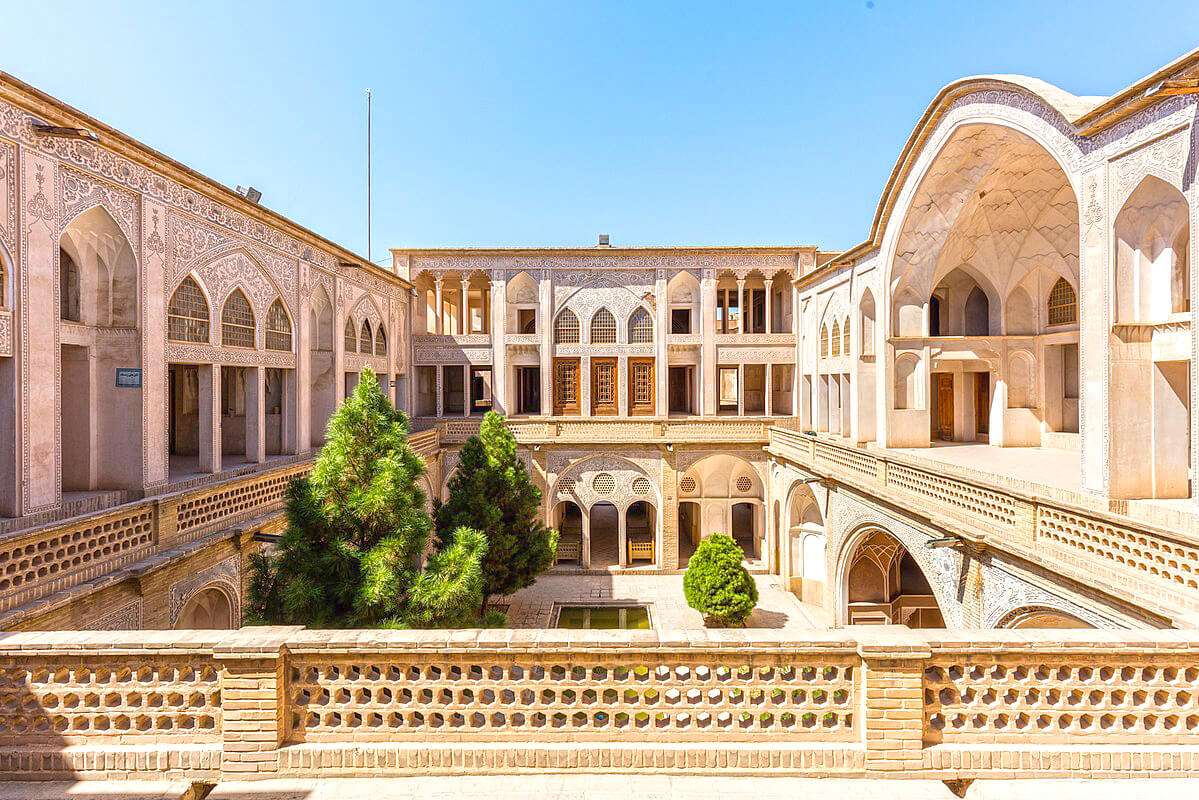 Exploring the magnificent house of Abbasi family built in the 18th century which is known for its unique architecture.

Photos of the Abbasian House 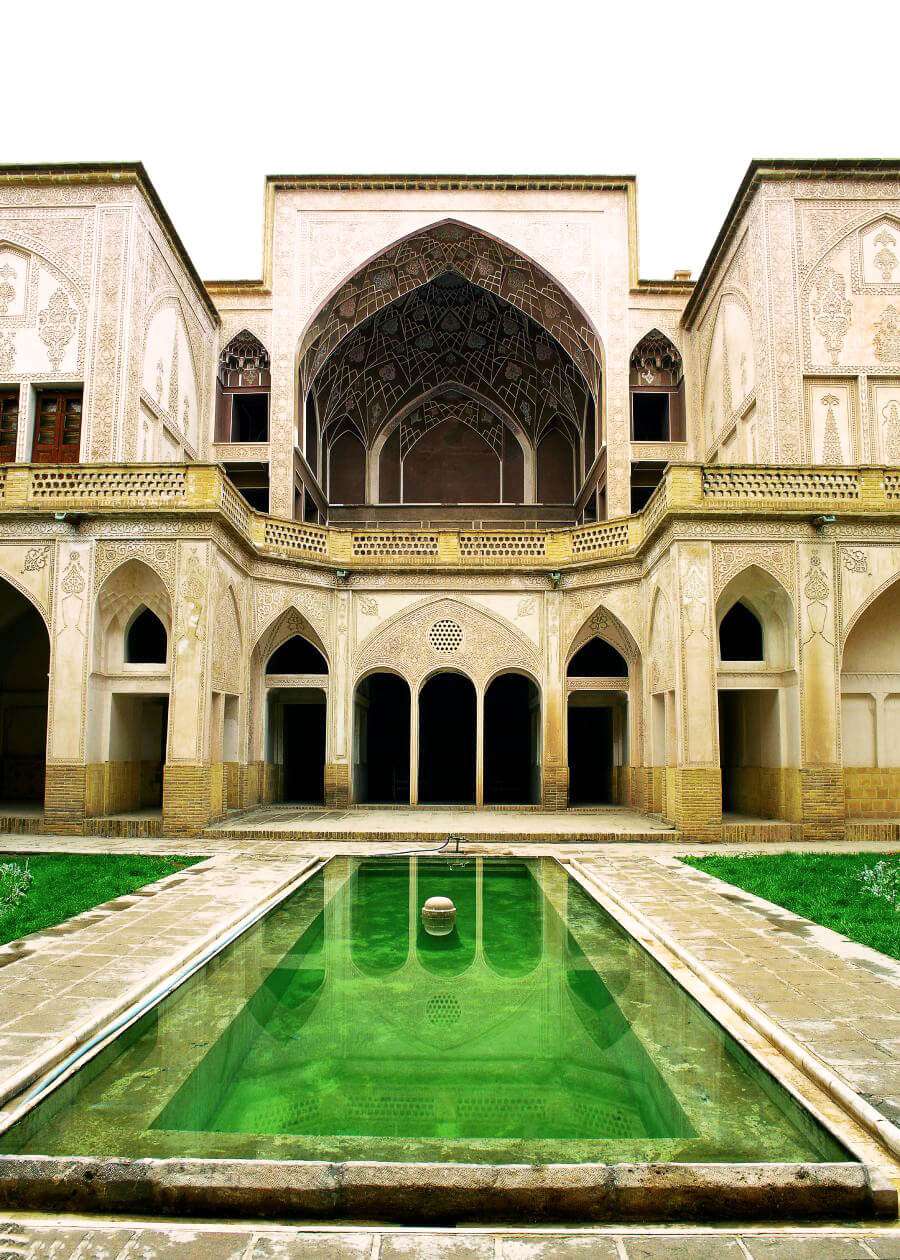 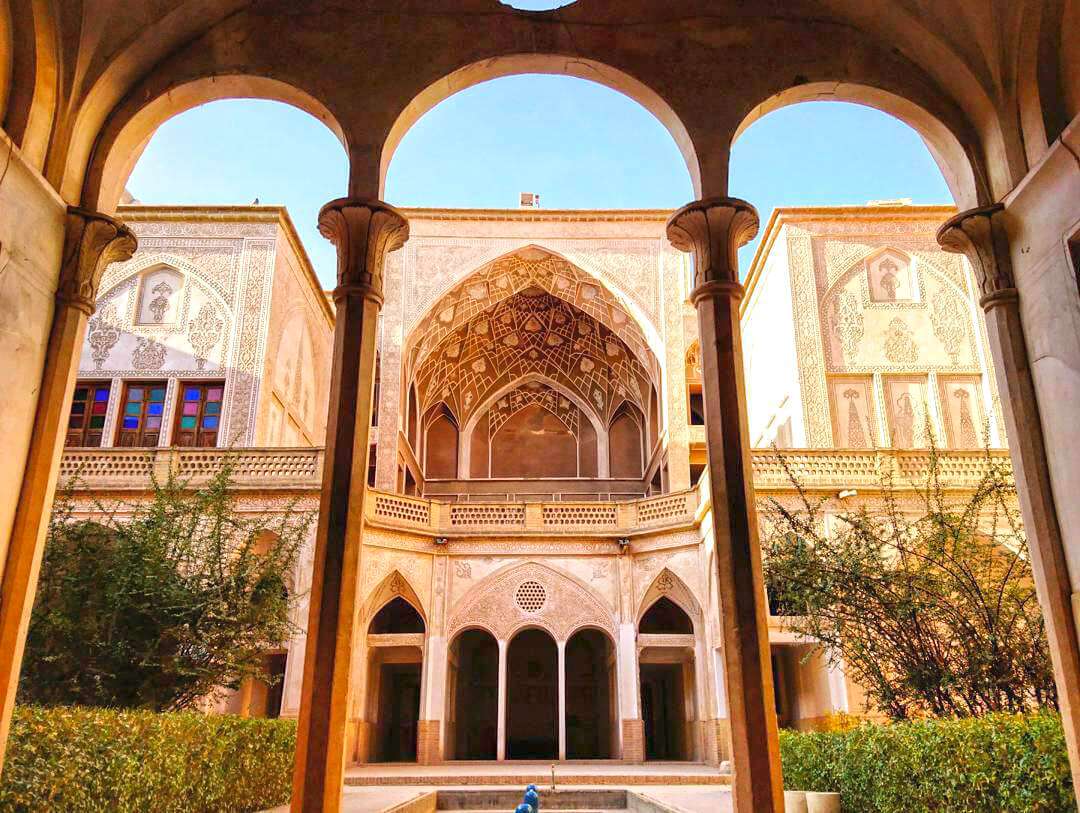 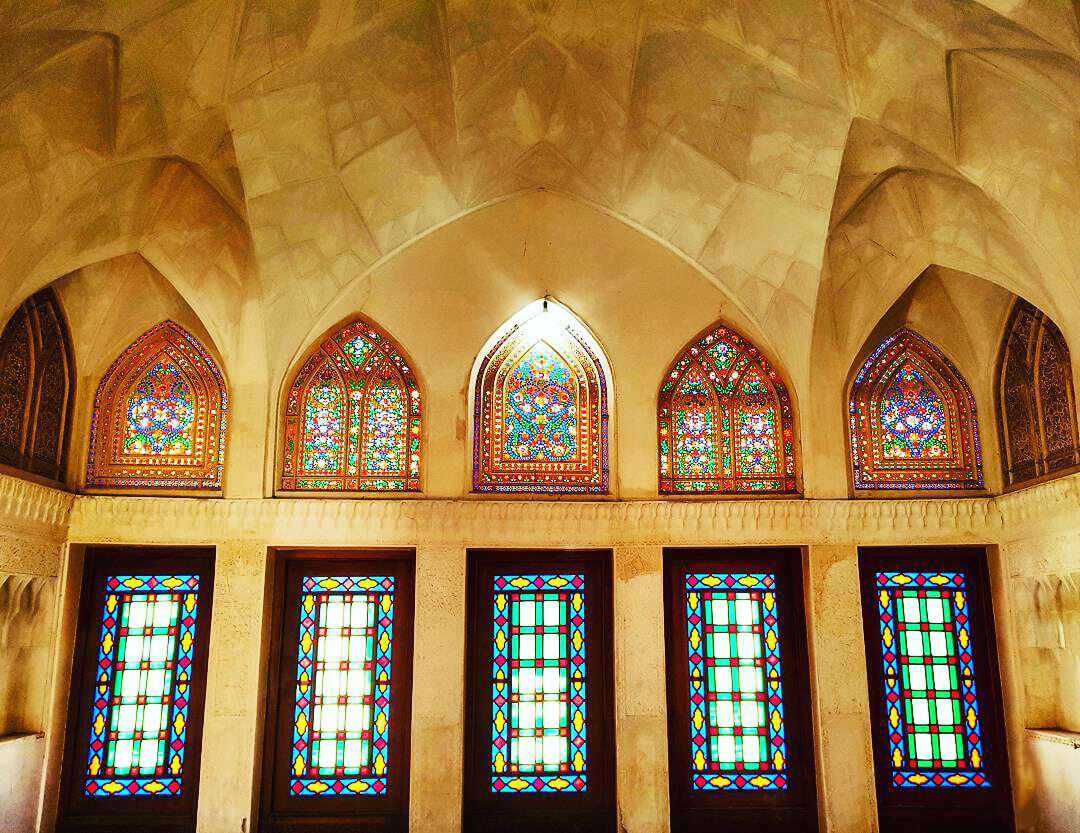 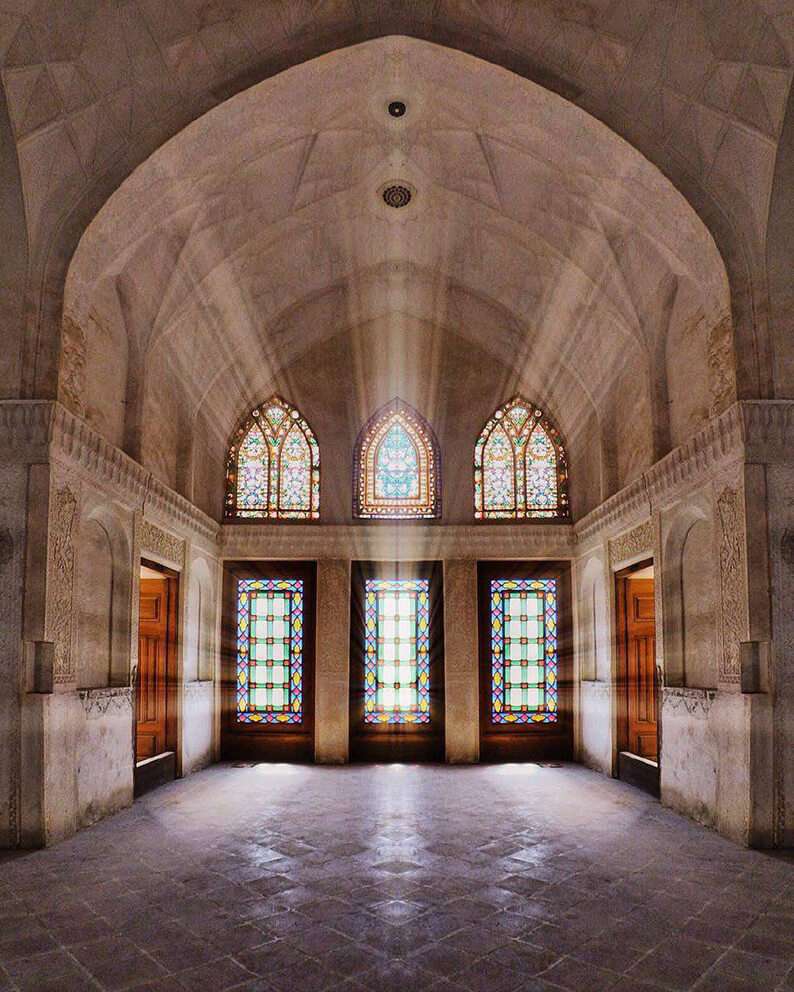 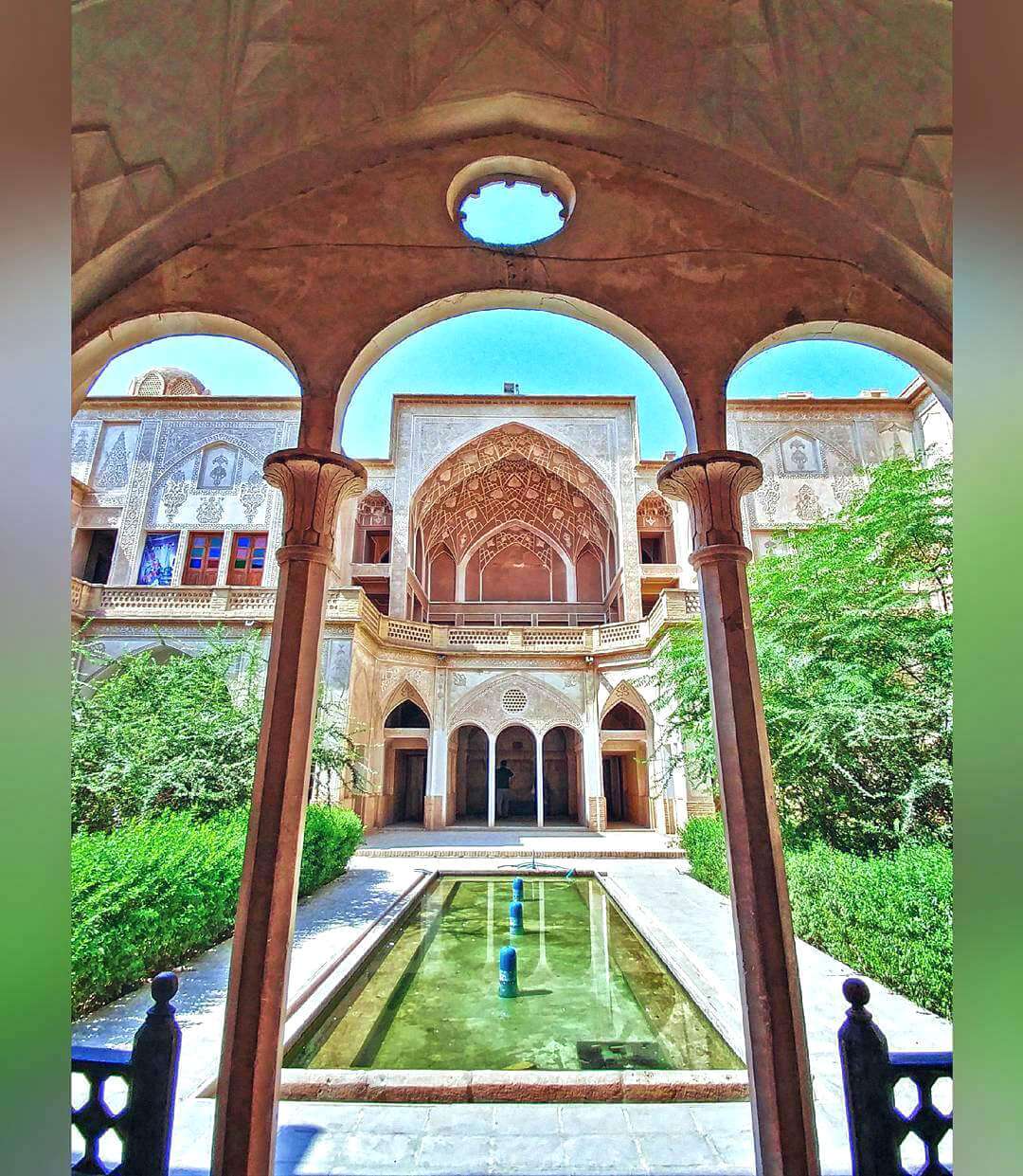 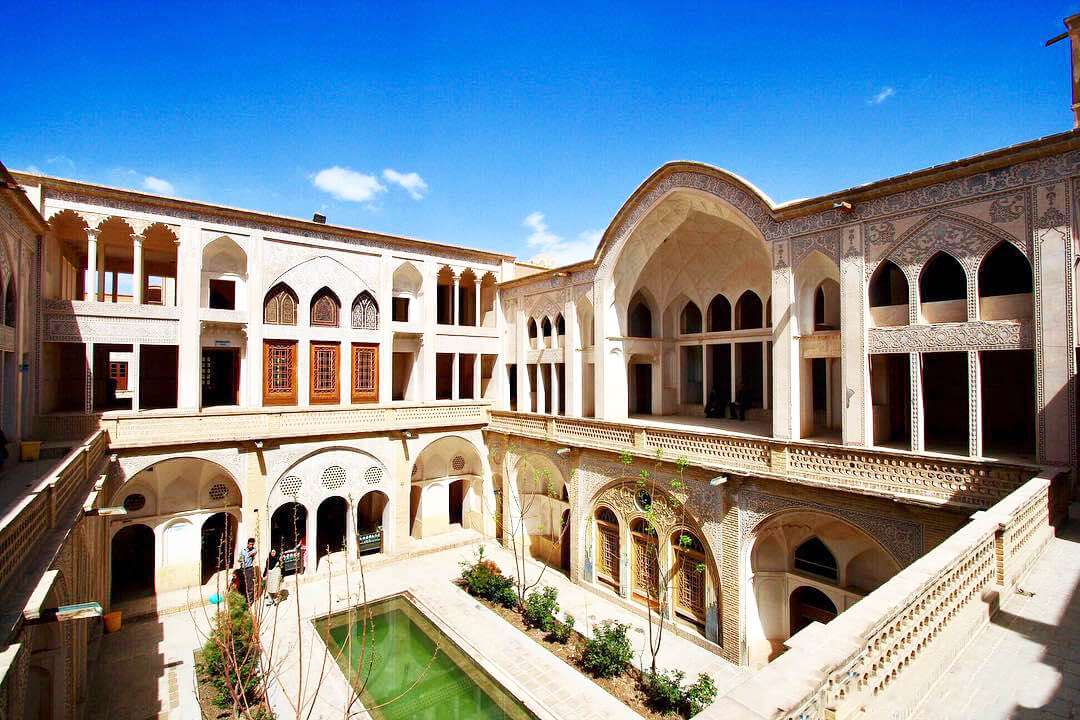 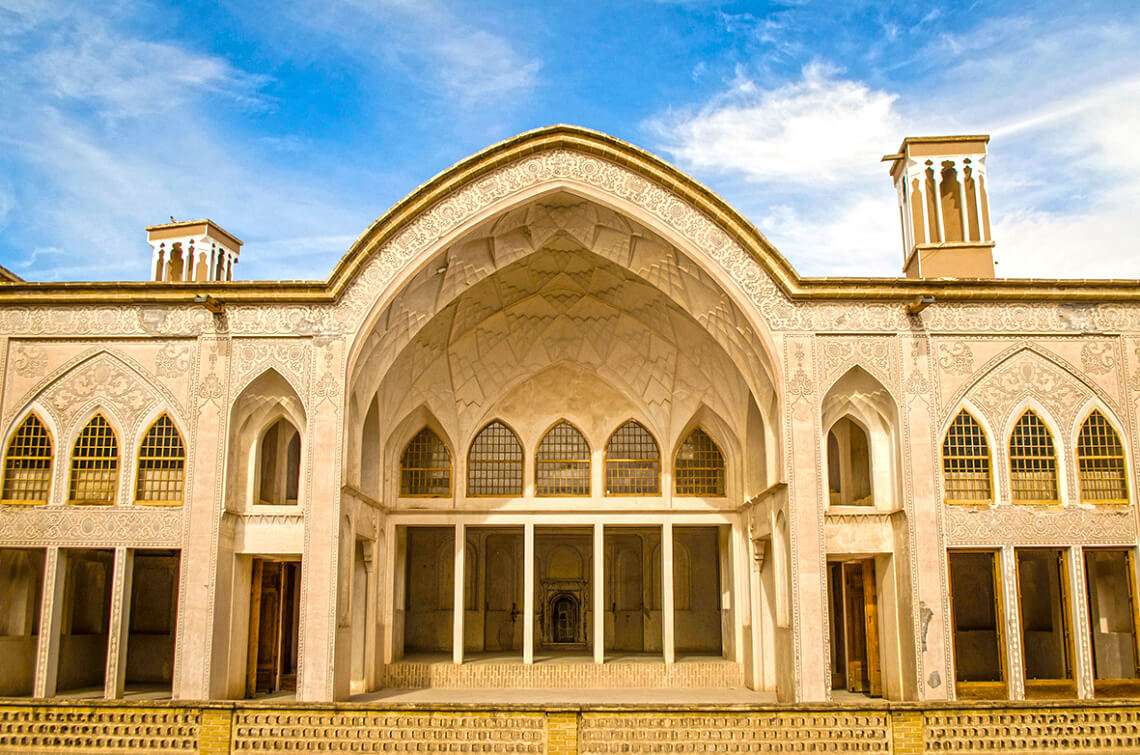 Despite its apparent similarity to the typical design of the houses in Kashan, the Abbasian house is unique in terms of architectural variety and symmetry. Haj Mohammad Ibrahim, a well-known glass merchant, commissioned this house in 1836. It used to comprise an ensemble of five courtyards which were divided into separate houses after the owner’s death. Particularly remarkable are the multiple yards built on various levels of different heights. The gradual increase in the size of courtyards, from the lowest to the upper levels, creates a spacious area in front of the southwest and northeast parts.

The house includes two main entrances; One is situated at the south of the courtyard, comprised of two corridors, a vestibule (hashti) and a yard, which collectively lead the visitors through a number of successive twisting spaces to a corridor ending in various corners of the courtyard. The other one, located on the north and including an open passageway, a vestibule, and a corridor, takes two turns and lead to the northeastern platform in the courtyard.

The house is a complex of nested rooms and spaces called andaruni (private spaces served as the internal area where family members lived) and birouni (public spaces where guests were welcomed) and a separate place for the servants (khadameh). The introvert architectural style of this house insists on privacy, seclusion, and secrecy of the house.

The biruni consists of a small yard encircled by rather high walls. The progressively expanding volume of the courtyard space, the talars on its southwestern and northeastern sides abut a relatively large open space, similar to an elevated, split-level, independent courtyard.

The southeastern part holds a hall (talar) and two rooms (seh-dari) on the first floor connected to each other through sash doors and three rooms, one panj-dari and two seh-daris connected by two small porches (ayvancheh) on the second floor. On the upper mezzanine, there are two elongated spaces above the ayvans, lit from the courtyard through small apertures.

The southwestern part consists of a hall on the first floor, decorated with exquisite mirror-work and yazdi-bandi. Above this room. There is a room (panj-dari), surrounded by two small porches (ayvancheh) which join each other to form a platform (soffeh) in front. The already-mentioned ayvanchehs are topped with other space. Also, the central arch of the panj-dari soars up above the roofline of this part.

The northeastern part echoes its opposite façade on the southwest while the rear rooms are completely different. The ground-floor is located several steps below the courtyard. Above it, a seh-dari room is surrounded by two kafsh-kans. On the mezzanine, there are two neighboring halls (talars).

Howz-khaneh (pool house), with its domed roof and barrel vaults, is located on the western part. You can see one of the elegant domed ceilings with angled skylights smoothing the light and preventing the room from the excessive heat here. On the eastern part, there is a roofed space decorated with rasmi-bandi, opening to its adjacent room through a sash door.

The house also has two wind-towers and two water-wells. The former reduces the temperature of the house during the hot days of the year and the latter provides the necessary water for the residents of the house.

The house is closed on Mondays, and on National holidays (only the religious mourning days)
One of the yards of the house is converted to a traditional restaurant. You can sit on the wooden benches around a fountain pool and enjoy a delicious Iranian dish.