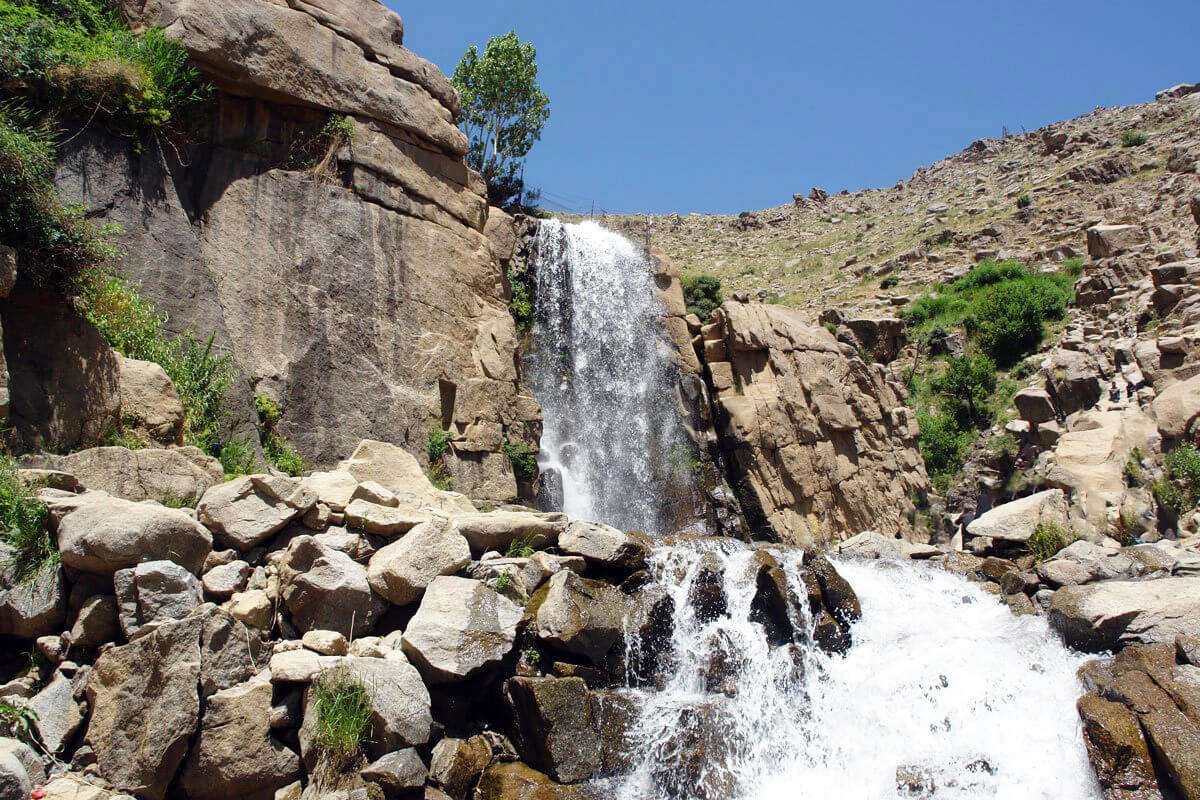 Visiting the site of Ganjnameh in the southwest of Hamadan. There are two trilingual Achaemenid inscriptions carved on the body of a rock. The inscriptions bear the orders of Darius I and Xerxes. There is a waterfall near the inscriptions. 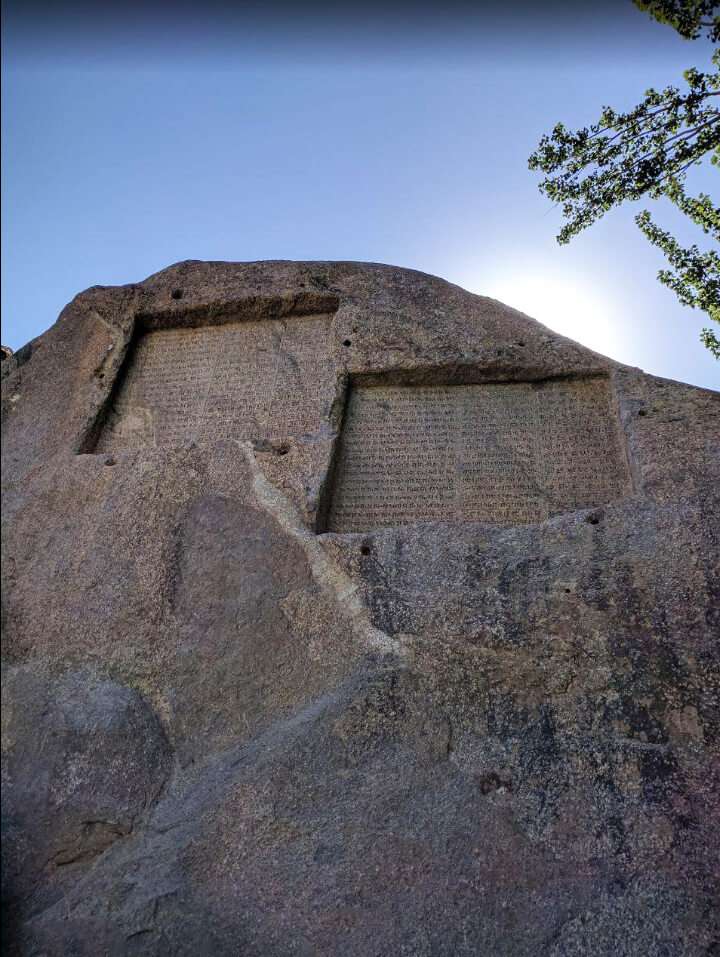 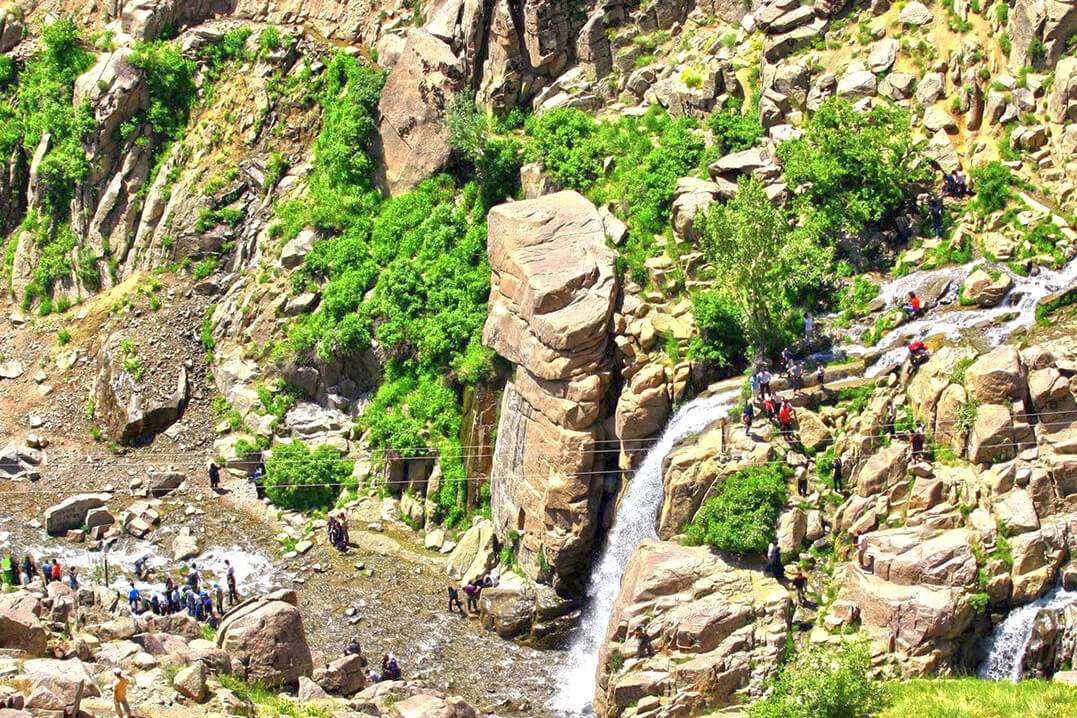 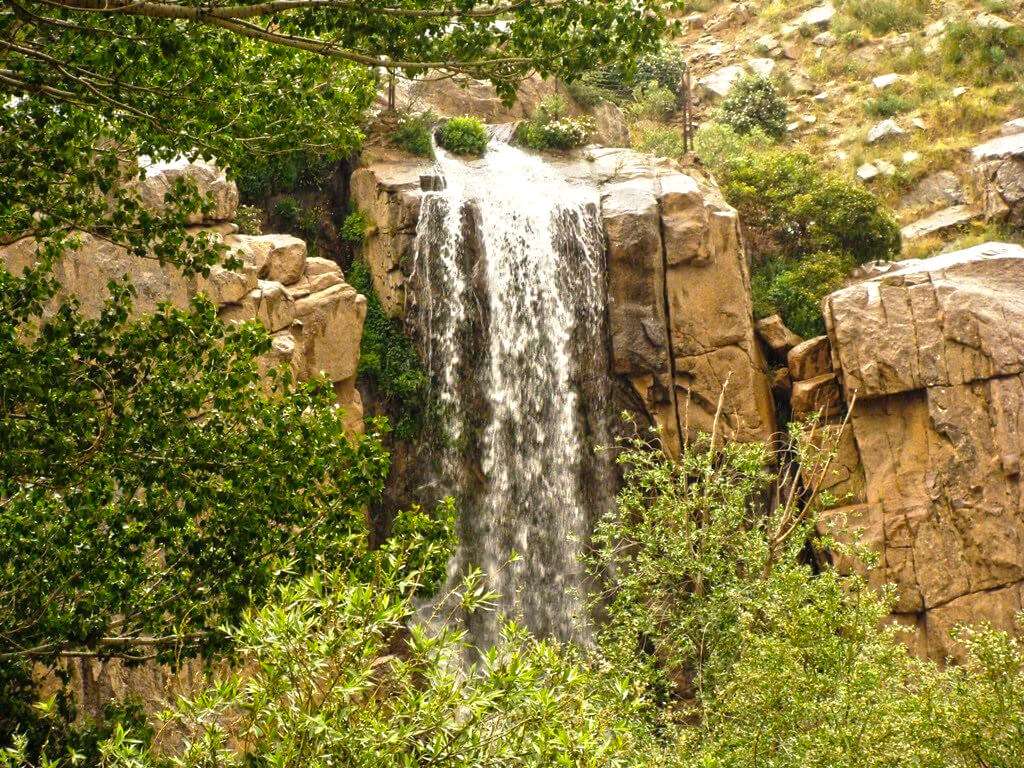 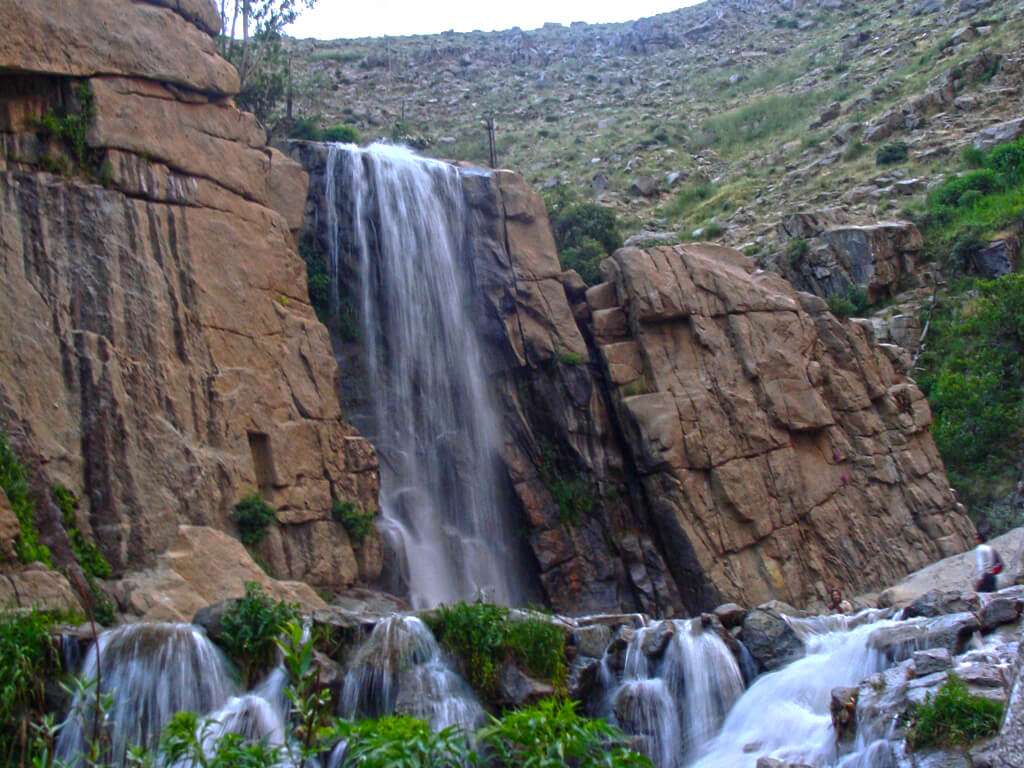 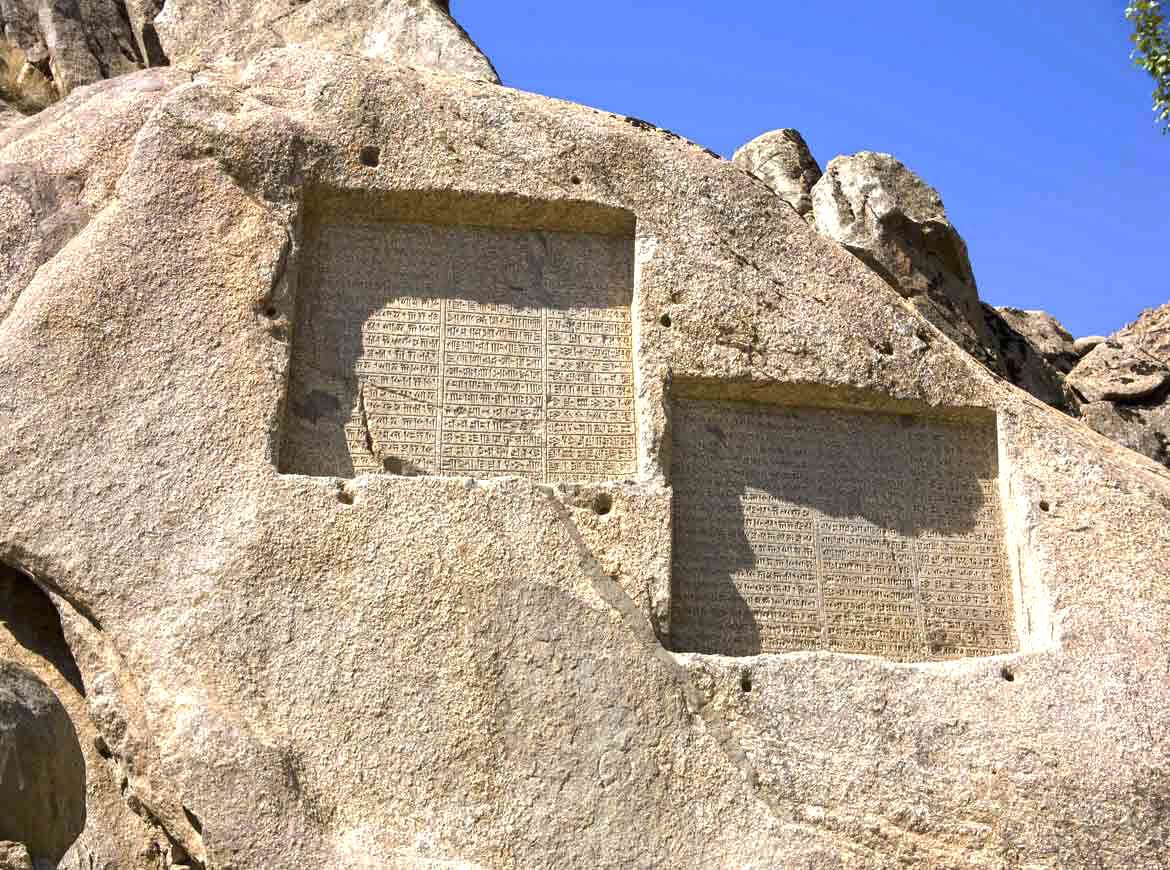 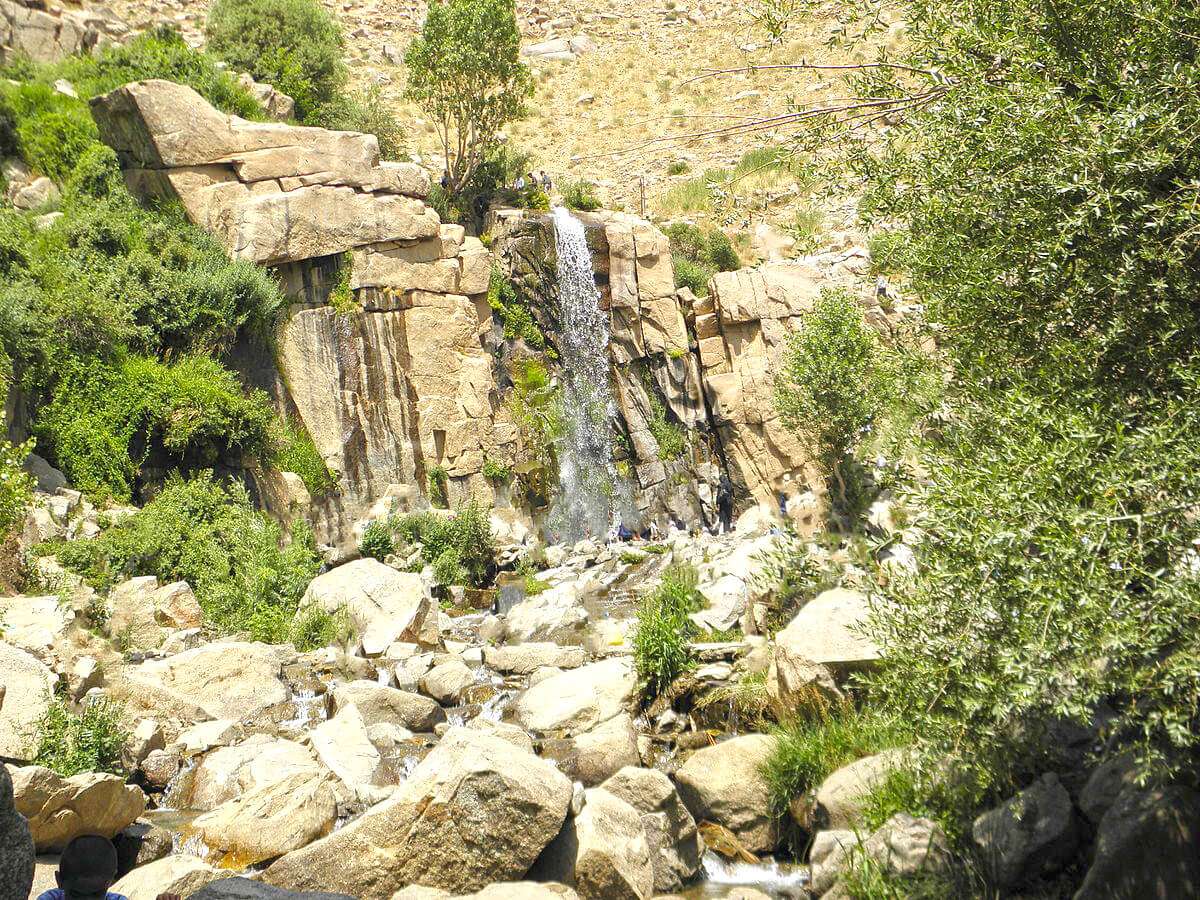 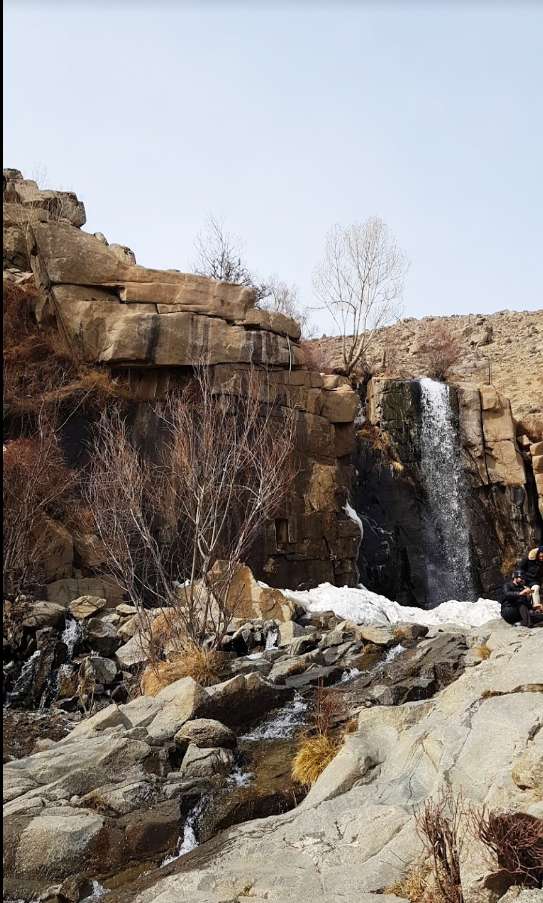 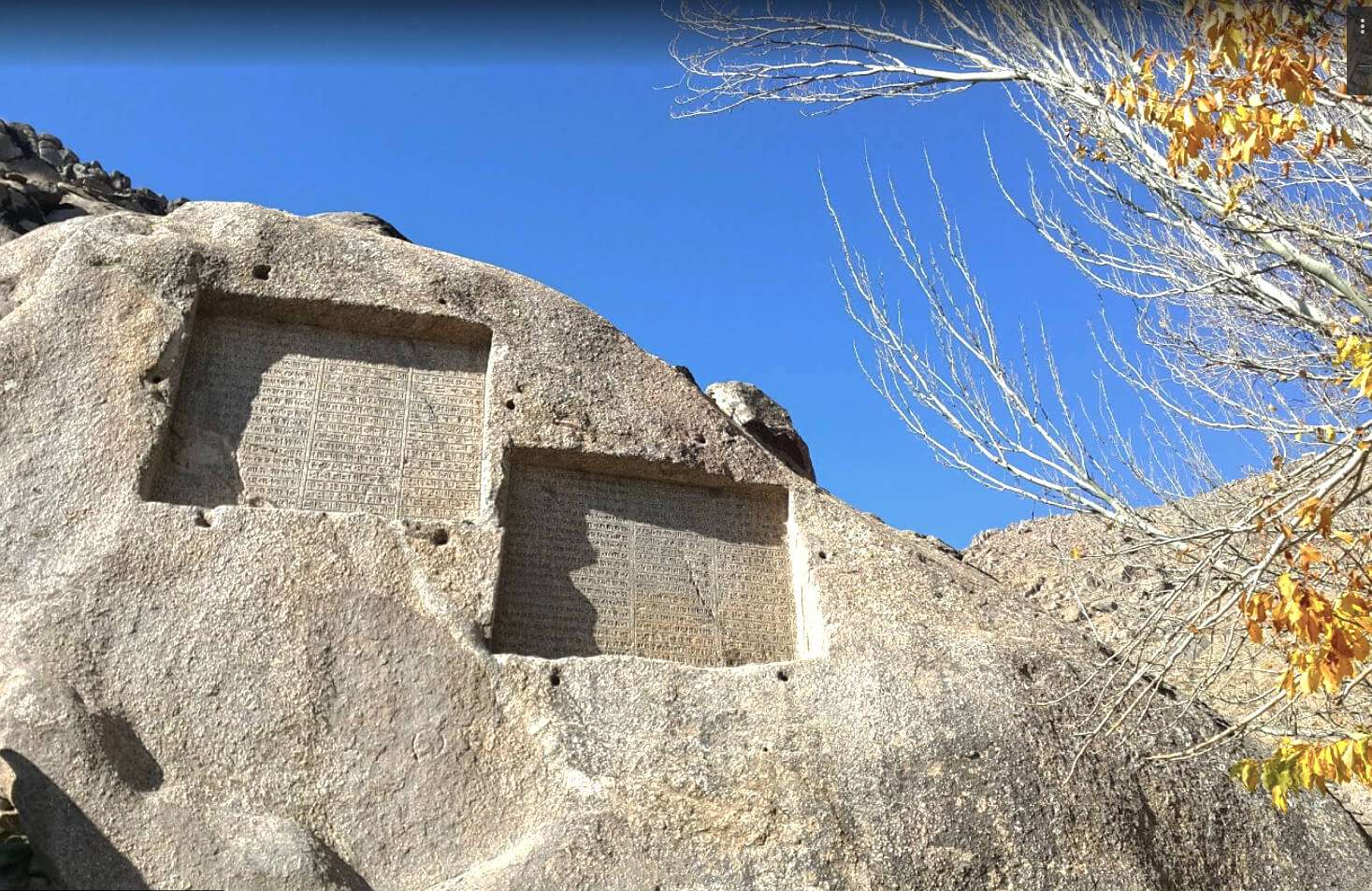 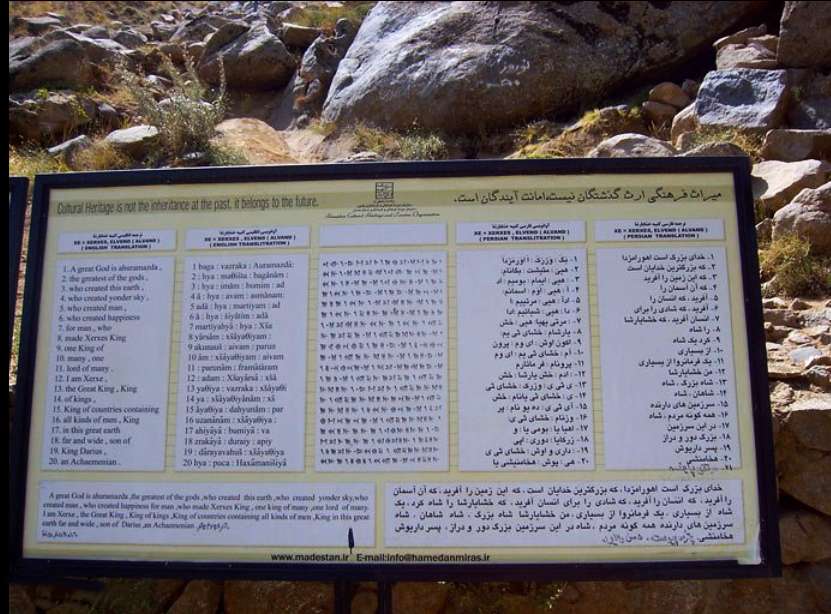 Ganjnameh (Ganjnāmeh), an ancient treasure located five km south-west of Hamadan, sits on the rocky face of Mount Alvand. The glorious imperial road of Achaemenids used to pass through a maze of the mountains, connecting the Achaemenid capital, Ecbatana, to Babylonia. As Ecbatana was the second capital of Achaemenids, Darius (486-522 B.C) ordered a relief to be carved here after Bisotun’s reliefs (515 B.C.) Later, his son, Xerxes (465-486 B.C), commissioned another relief with the same content next to that of his father. Darius's relief is 2.90 meters long and 1.90 meters wide, located on the left, and it is slightly higher than the other one. The inscription on the right belongs to Xerxes with a length of 2.70 meters and a width of 1.90 meters. These nearly identical inscriptions depict the conquests of these two Achaemenid kings written in twenty lines and in three languages (Neo-Babylonian, Neo-Elamite, and Old Persian). The inscription in Old Persian is placed on the left side of each relief, the Babylonian inscription sits in the middle, and the Elamite inscription is located on the right. Both reliefs are written on concave rectangles with a depth of 30 cm, facing east.

The very first record about this place, dating back to 902, was found in Ebn al Faqih Hamadani’s book, under the name of Tabanabar. This historical place is also named Jangname (description of wars), and Ganj-Nameh (the description of treasure). As the language of these reliefs was left unknown for ages, people believed that these are depicting a guide to a treasure or narrating the stories of wars. These inscriptions were first studied by a French archaeologist, Eugene Flandin in the 19th century. Later, Sir Henry Rawlinson, a British archaeologist, managed to decode the ancient Persian language and by that, he understood the cuneiform characters of other reliefs, namely the inscriptions of Darius in Bisotun.

It can be inferred from the holes around the reliefs that there used to be a metal covering protecting the reliefs from destruction.

This historical heritage is located on the western edge of Hamadan in the vicinity of a waterfall, which creates a pleasing area for the visitors.

To see the waterfall, you need to climb a steep path
There are various food stalls and restaurants serving breakfast, lunch and dinner. You can sit on the benches and enjoy the pleasant atmosphere
The site is crowded by the locals on the weekends, especially during the spring and summer.