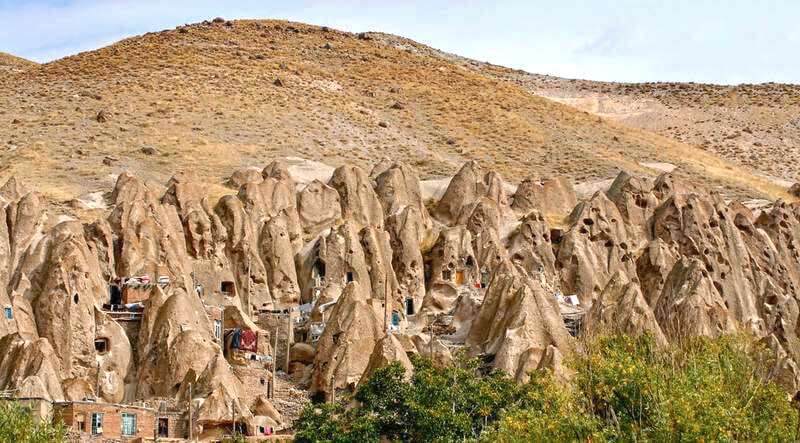 Visiting the hand-curved rocky village in the East Azerbaijan.

Photos of the Kandovan Village 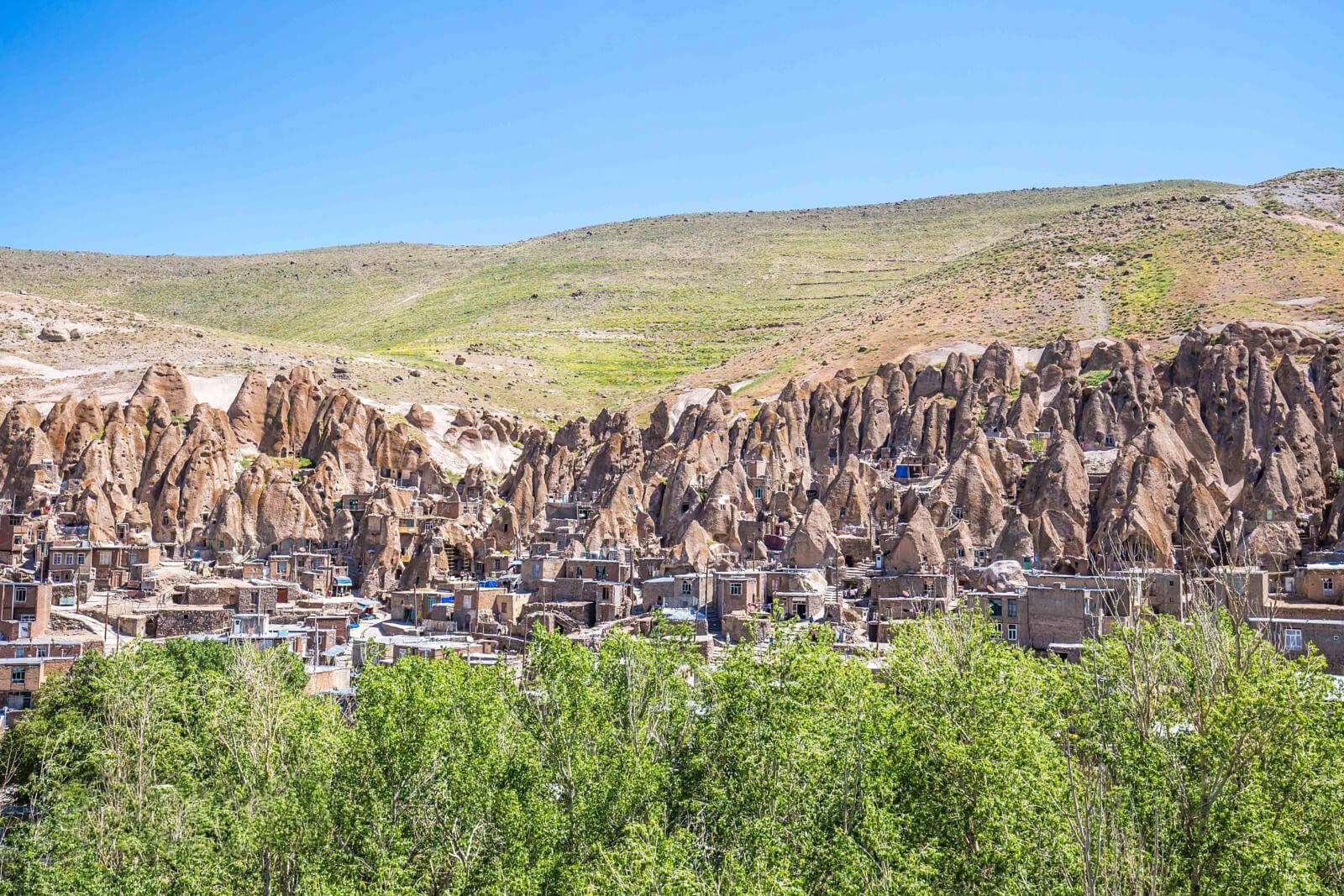 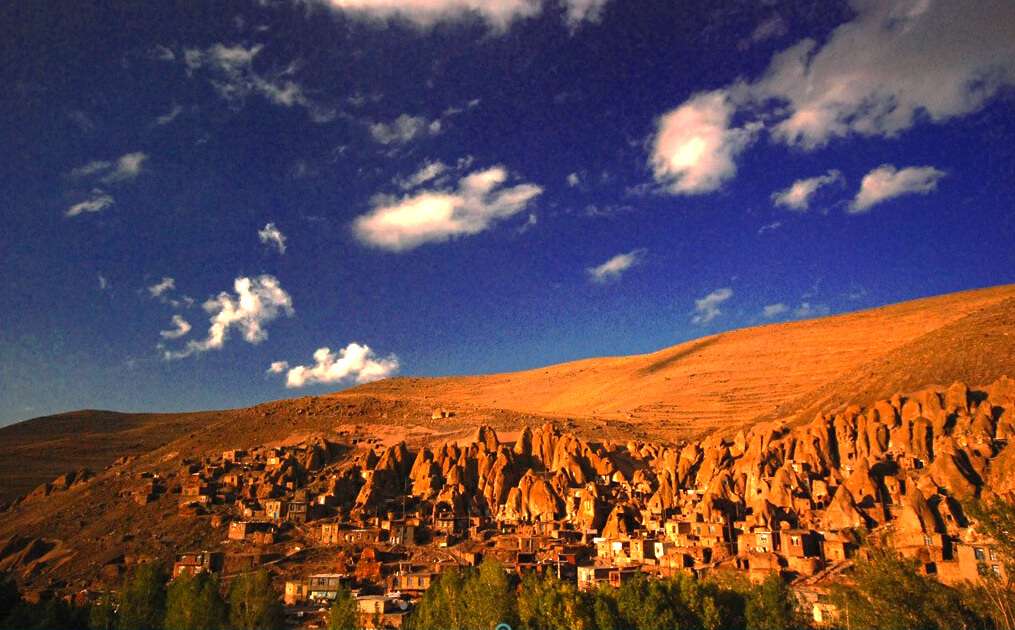 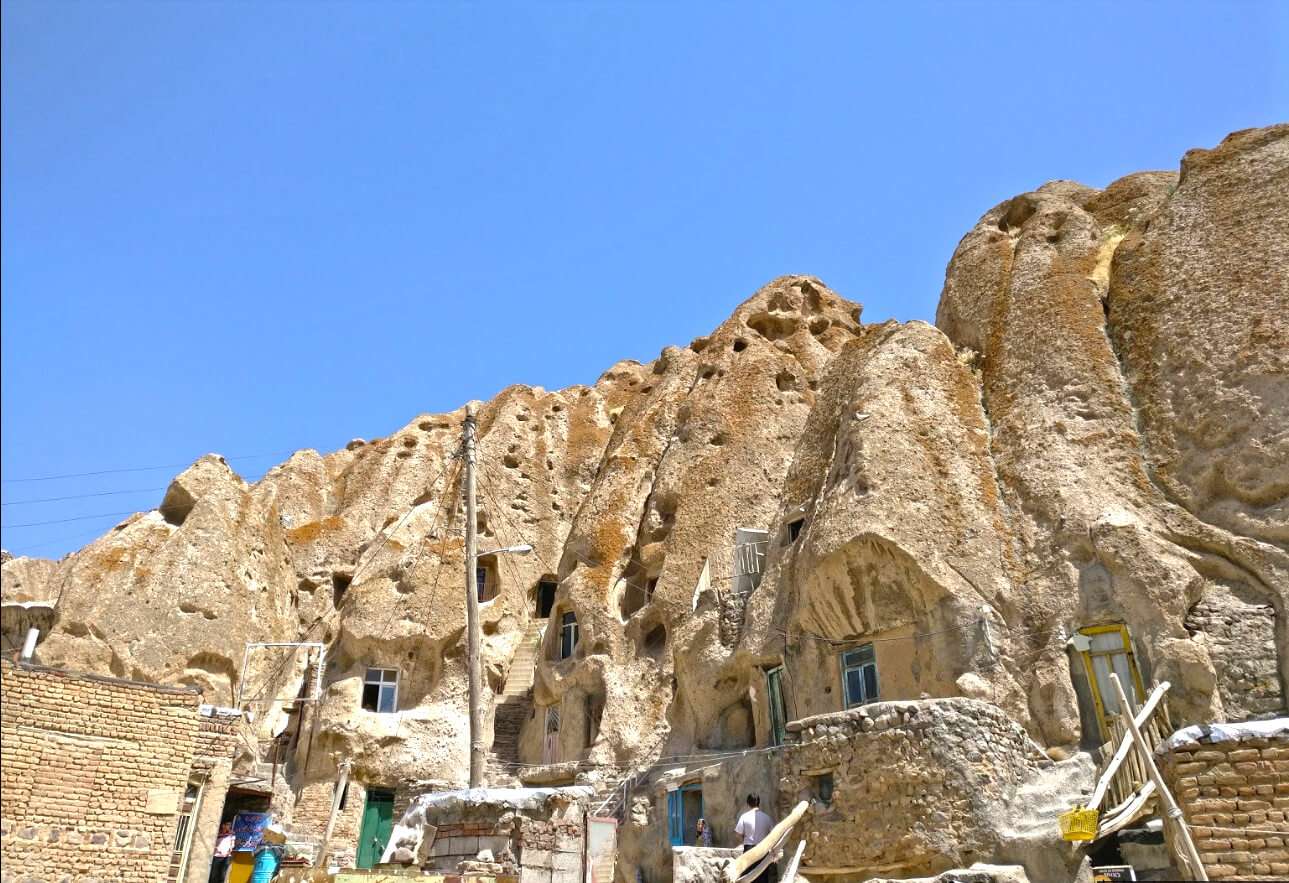 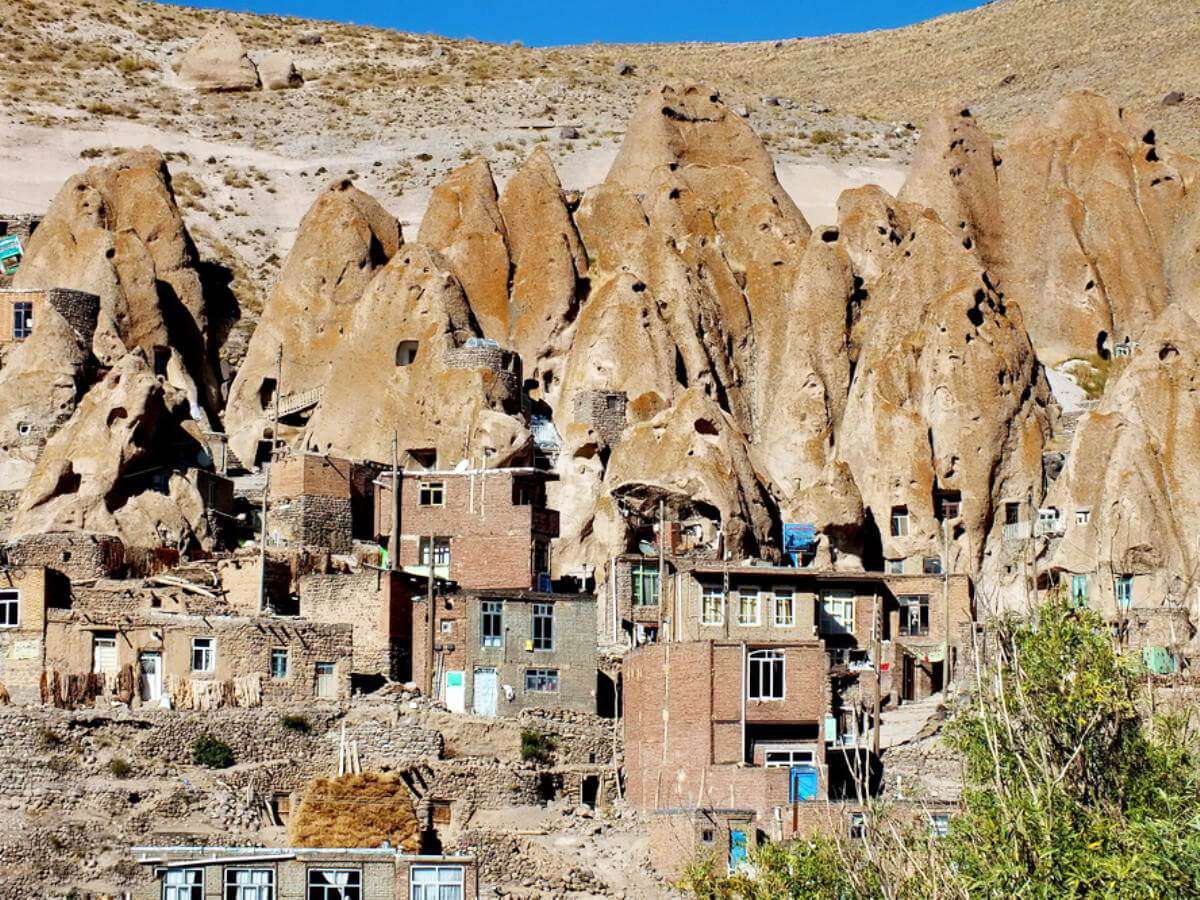 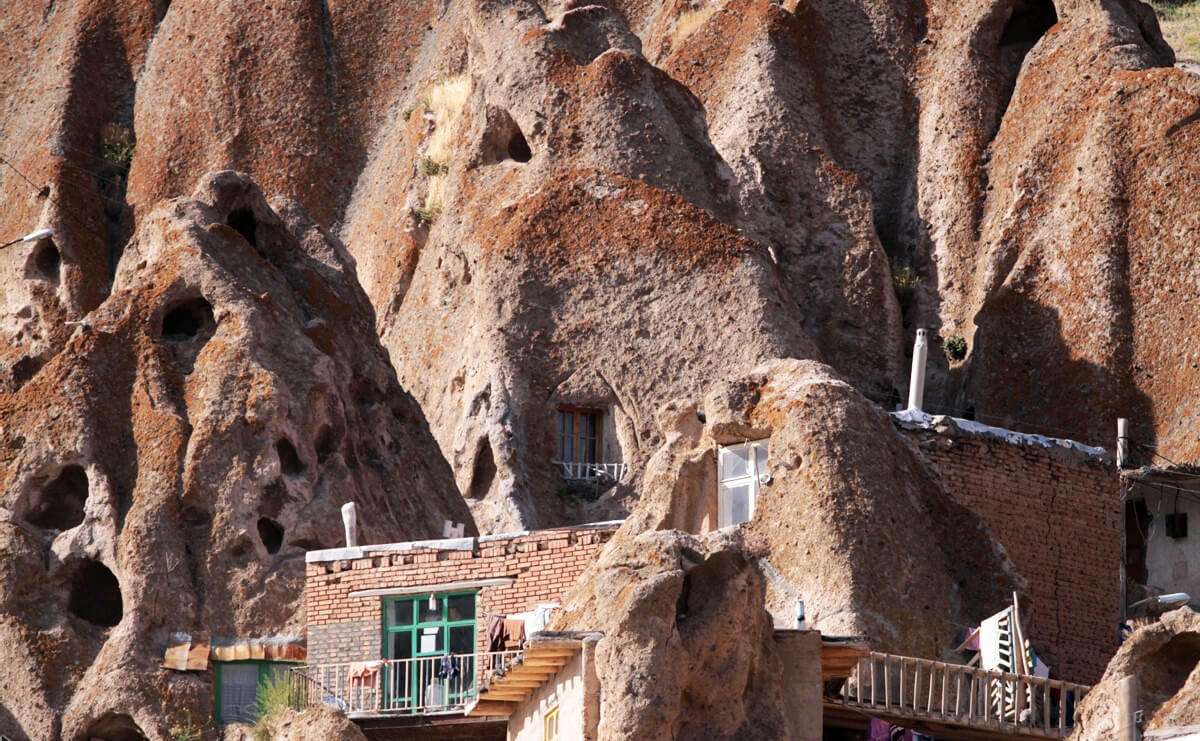 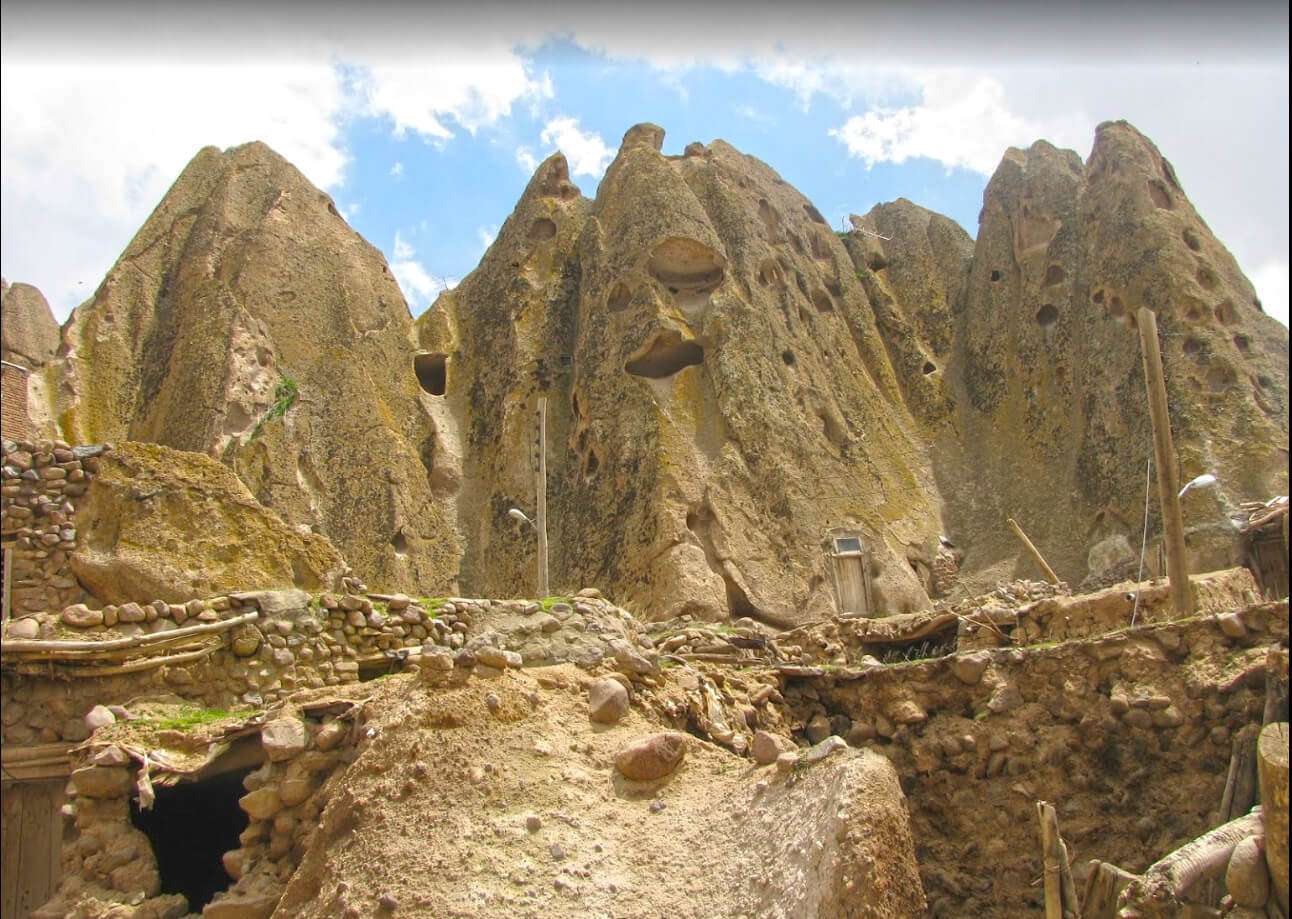 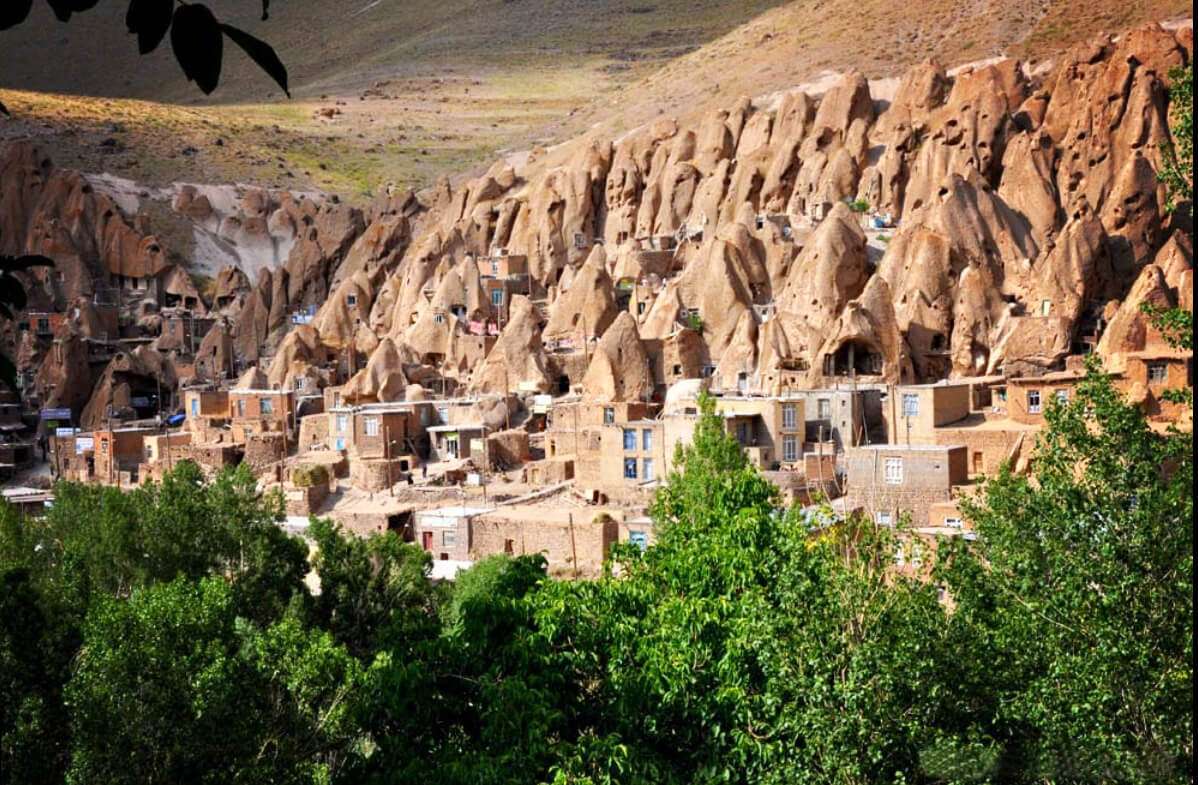 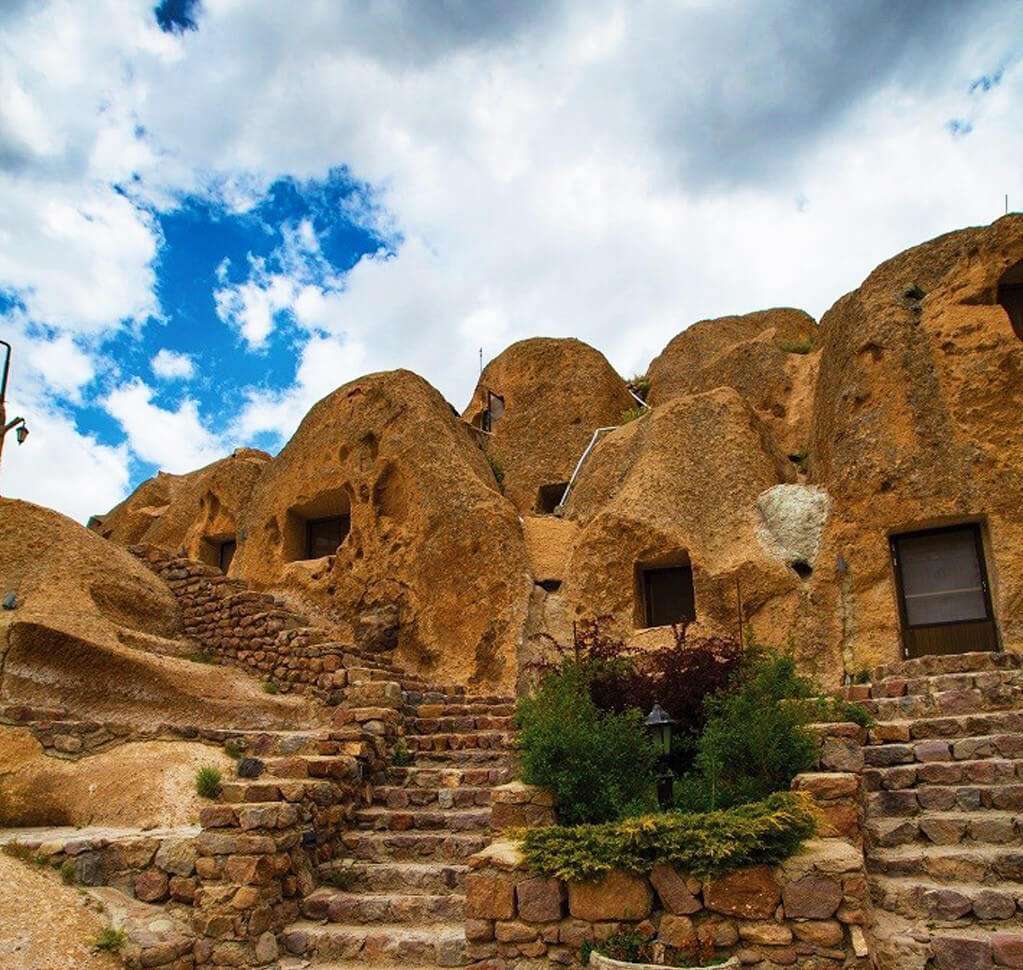 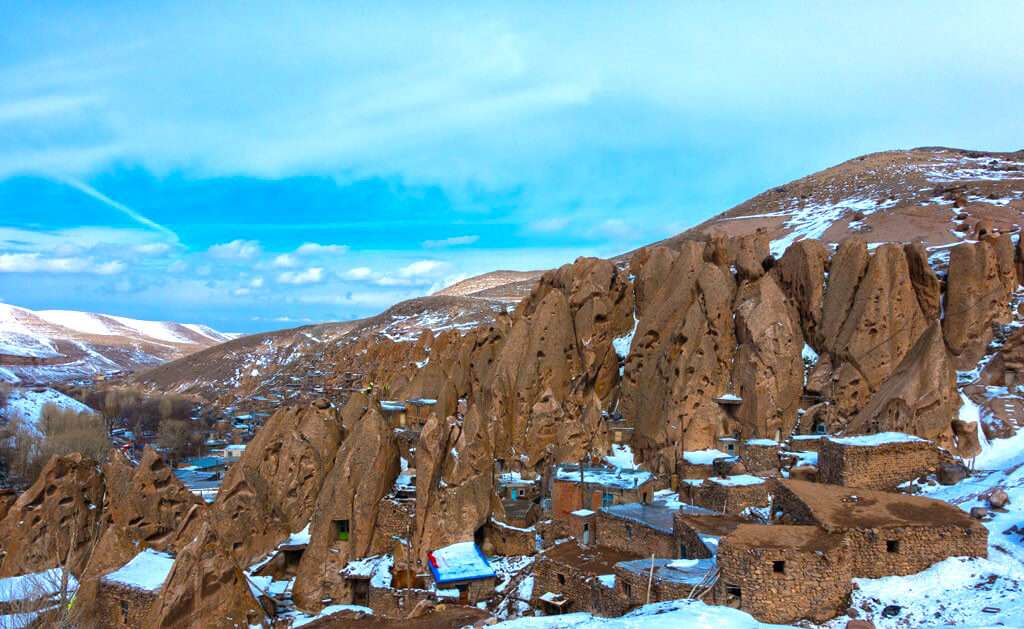 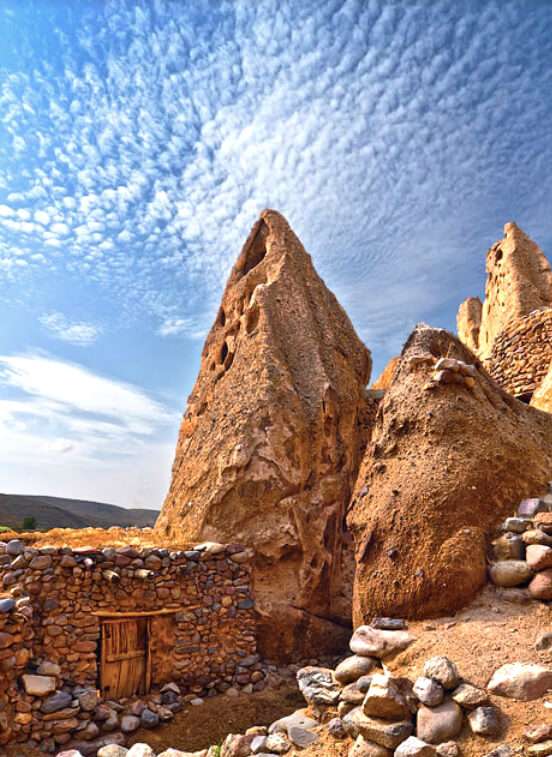 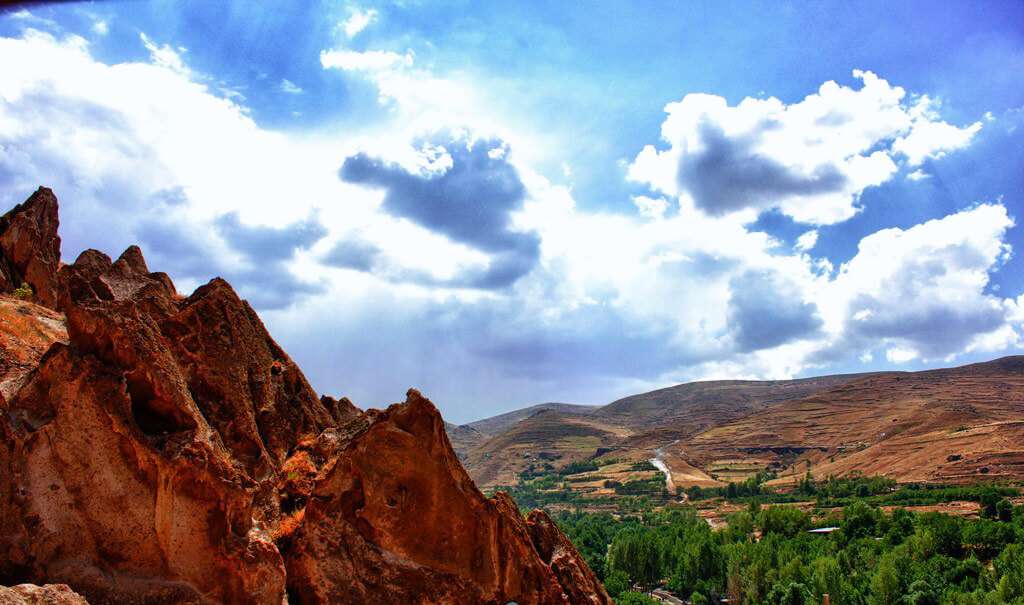 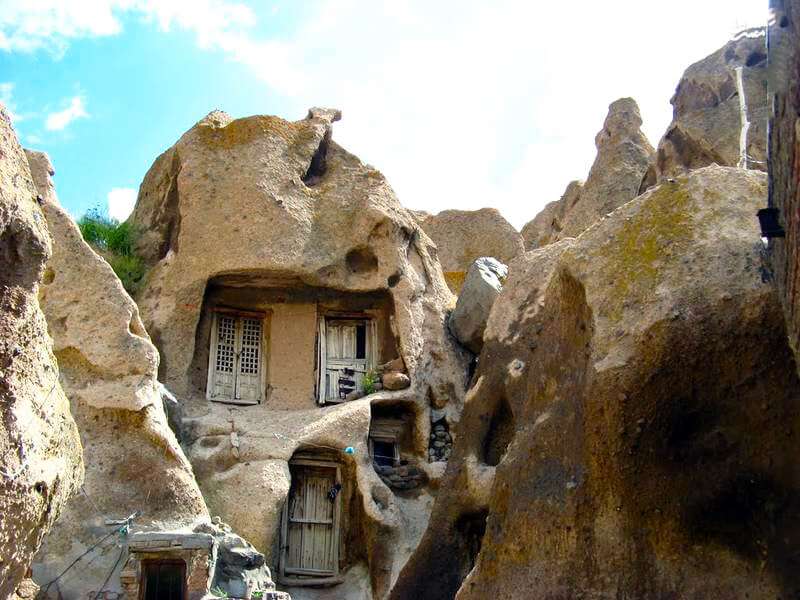 Home is where the heart is. Sometimes it constitutes an urban area, with buildings soaring high in the sky; sometimes it is a mudbrick structure; for some, a tent of leather or cloth is home. Even caves can function as the home of a group; meanwhile, some others dwell in rock formations which in their totality are called rock villages. While the first four kinds of settlements are familiar to many, the last one has been less exposed to the knowledge of travelers, reserving a somewhat peculiar place for itself in the world.

Of the three rock villages in the world, only one is residential today, which is called Kandovan. The village is located in the southwest of Tabriz, on the slopes of Sahand Mountain, in Iran. Kandowan (kandovan) means beehive, the appellation owes much to the form of houses dug in conical rock formations; as a result, the entire structure resembles beehives. The village dates back to the 13th century CE; however, this is not to exclude the fact that some sources assume an earlier date for the village’s origination. Some accounts believe that people fled to the area during the Mongol conquest, about 700 years ago, and took shelter inside the mountains by carving them out.

Over millenniums, a mixture of lava and mud have given rise to these rock formations of ignimbrite and lahar, which rise as high as 60 meters. Despite the fact that the houses have been carved right in the heart of rocks, they have several rooms and are equipped with all the necessary household utilities. The thickness of the walls moderates the heat, keeping the room cool in the summer and warm in the winter. Usually, the first floor of the formation was used as a stable and the above floors served residential purposes. These floors are accessed by steps built beside the rock formations.

Thanks to its unique location and structure, the area is rich with natural blessings, spectacular landscapes, delicate weather, delicious and organic dairy products, and honey. Visitors to the village can enjoy their stay in the third international rock hotel of the world, featured with a treat to the water spring which has been noted especially useful for diseases associated with the kidneys. The villagers make a living by agriculture, animal husbandry, and the business of making and selling handicrafts.

There is a craft shop in the Anthropology Museum of Kandowan, where you can buy local crafts made by the villagers
There is a mineral spring near the village, locals believe in its healing benefits for kidney disease
You may have a unique experience in Kandowan hotels. There are two 5-star hotels in Kandowanwhich are carved into the rocks like the other houses of the village
As the village is located in an area with harsh winters, it is not recommended to visit it during the winter, as most of the times the roads leading to the village are blocked by snow
Dried fruits are the famous souvenir you can buy from the various shops in the village
The passways are slippery and sloppy. So you must have comfortable shoes.

Things To Do In Osku