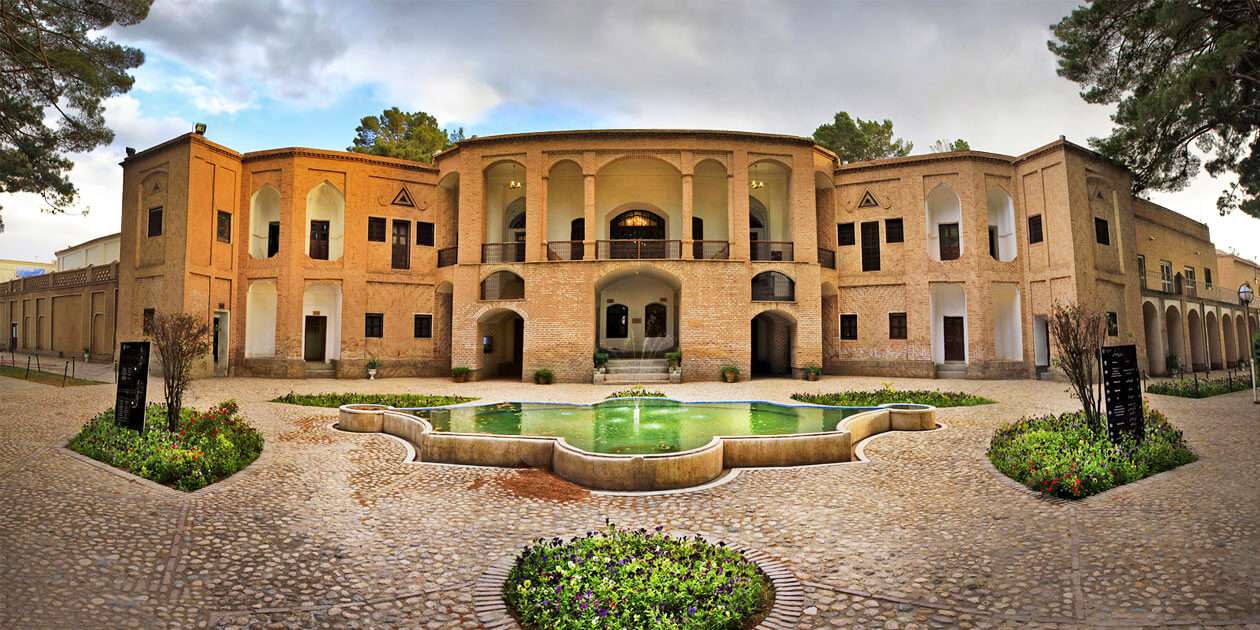 Photos of the Akbariyeh Garden 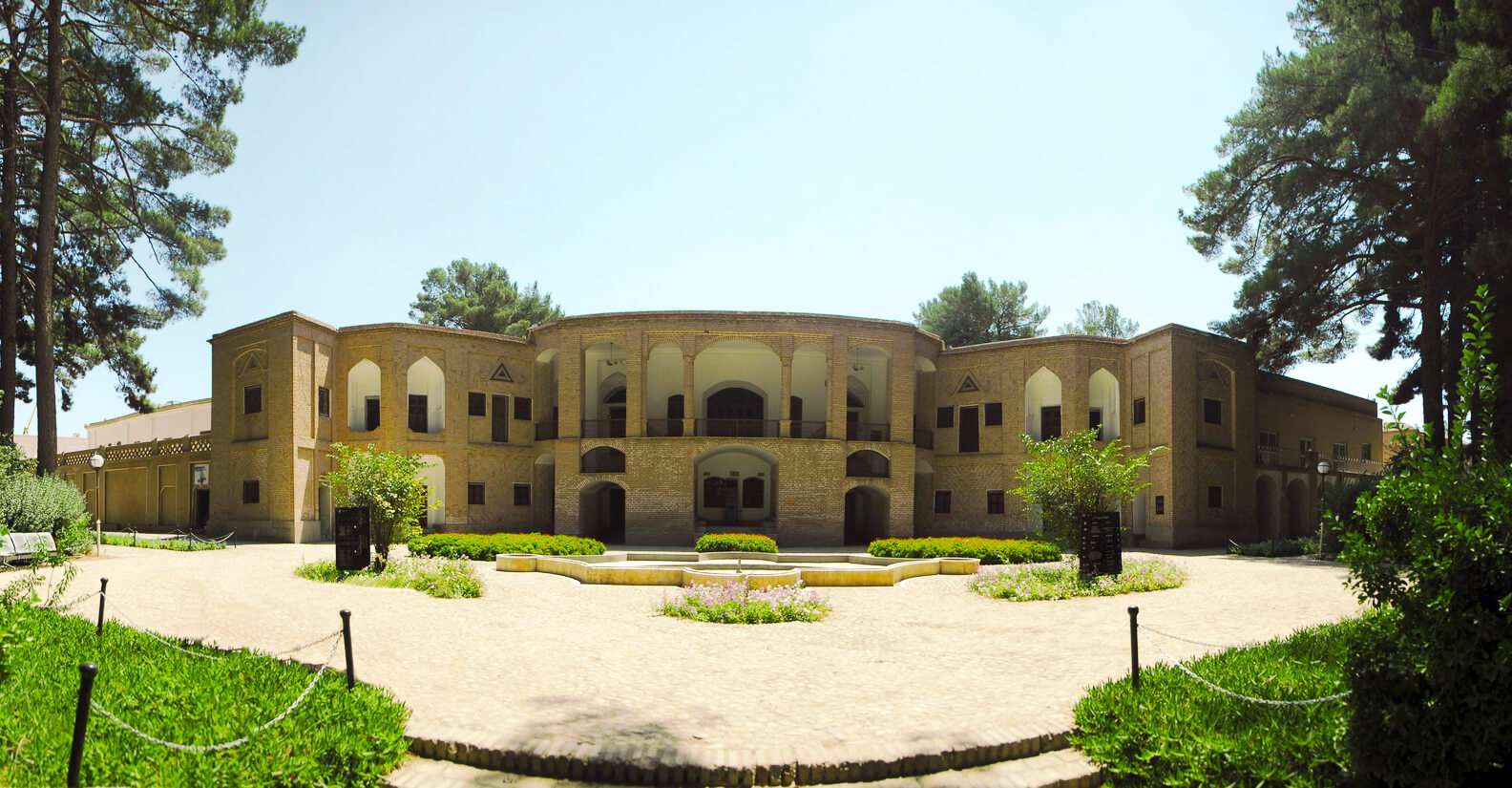 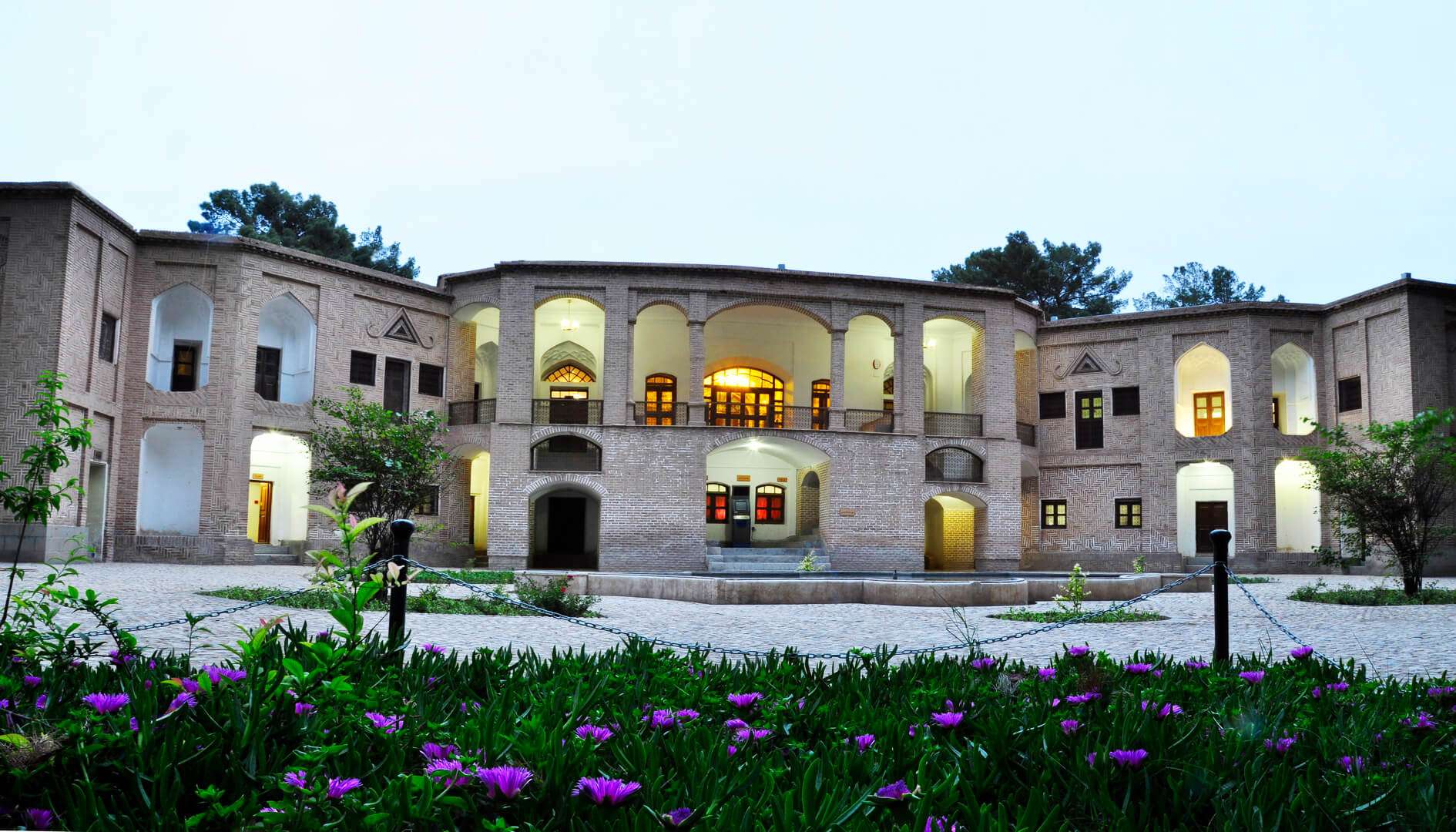 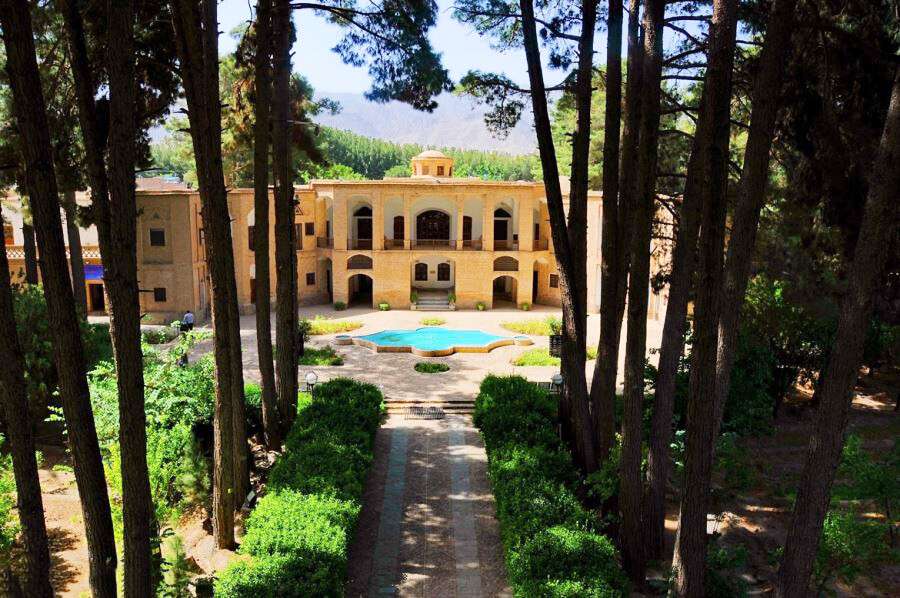 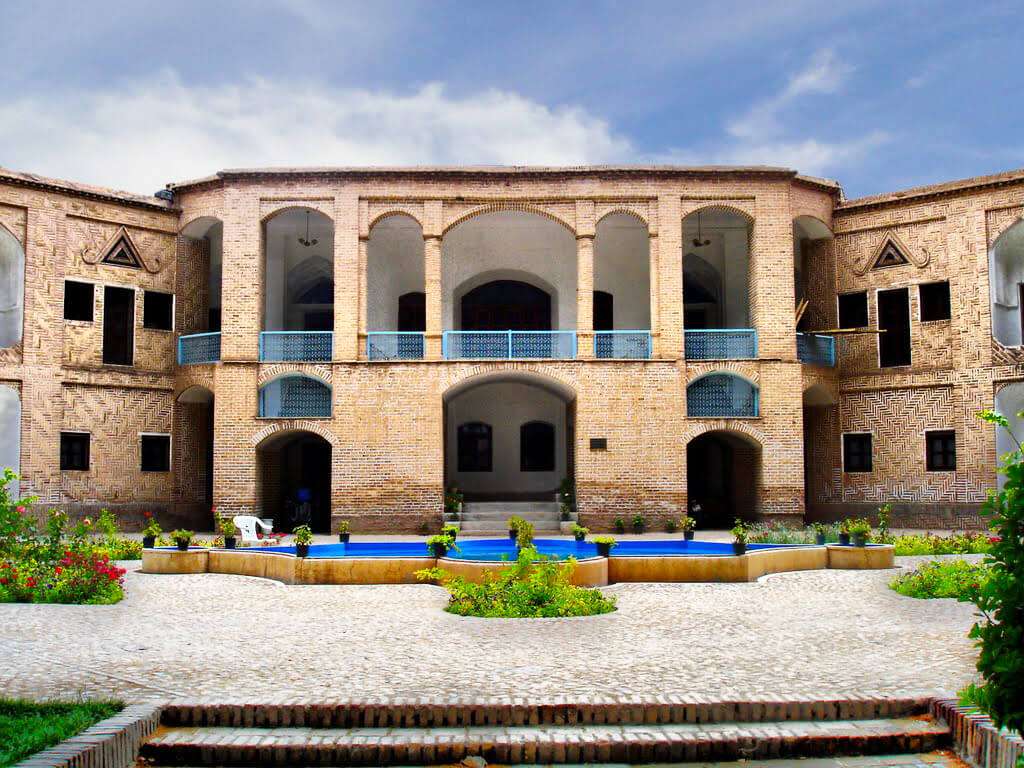 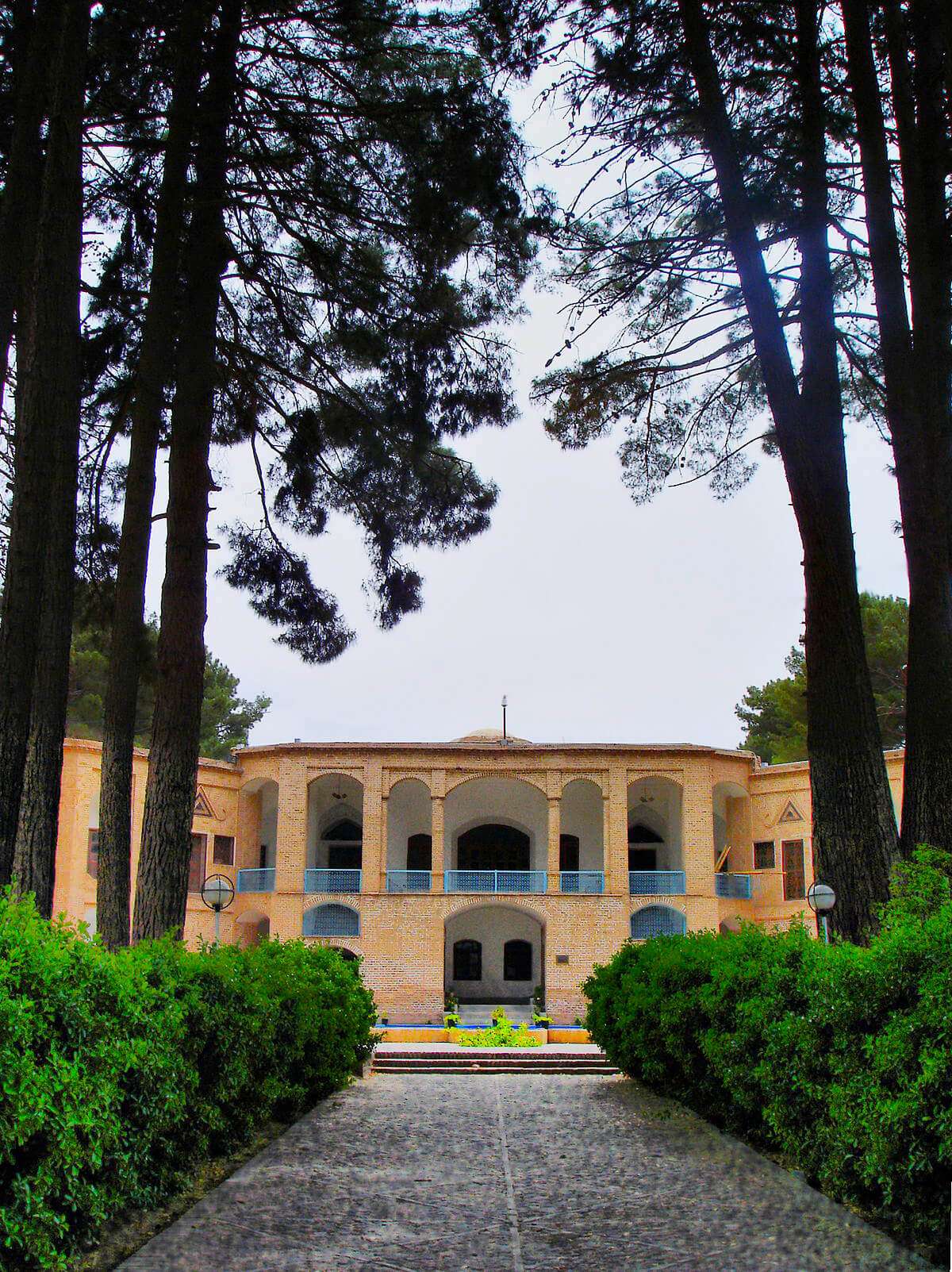 Birjand, or historically Pirchand, located in the Qohestan region, South Khorasan province, is known as one of the most prosperous cities of Iran in many historical texts; a city which also experienced the first modern urban developments in the country. Thanks to its passionate governor in the Qajar era, Shokat al-Molk Mohammad Ibrahim Alam, Birjand enjoyed piped drinking water, a modern school known as the Shokatiyeh School, and an up-to-date system of agriculture in the early 20th century.

Among the prominent remaining monuments built by Shokat al-Molk, there is the Unesco-recognized Akbariyeh garden in Birjand. The garden was built in the late Zand and early Qajar eras and was named after Akbariyeh Village in which the garden was located. Much later, as Birjand developed, the village joined the city and became part of it. Although the oldest building in the garden belongs to Heshmat al-Dowleh (father of Shokat al-Molk), most of its buildings were commissioned by Shokat al-Molk himself. The garden was used as the administrative center of Shokat al-Molk’s government, but it also occasionally housed important guests of the regional court. After Shokat al-Molk’s death, his son, Asadollah Alam (the prime minister in the court of Pahlavi II), used the garden as his summer residence. Later on, Alam bequeathed the garden to the Charitable Foundation of Imam Reza (Astan Qods Razavi) in Mashhad and, finally, Birjand’s Cultural Heritage Organization owned the garden in 1992.

The Akbariyeh Garden, following the traditional four-garden (Chahar Baq) plan of Persian gardens, is registered as one of the nine Persian gardens in the UNESCO World Heritage list. Covering an area of 45069 square meters, it is enclosed by a mud wall from three sides and two portals provide access to the garden. The main entrance is located on the northern side of the garden and the other one on its south-western side. The garden is comprised of two parts in general: the main courtyard or the northern garden which stretches vertically along the north-south axis of the garden, and the southern garden which expands horizontally from the east to the west. The main courtyard of the garden, measuring 94 * 217-meters, is a planted area with a walkway at its center overshadowed by soaring pine trees. The water streams irrigating the garden are fed by the nearby Akbariyeh Qanat.

The southern part of the Akbariyeh garden is occupied by several buildings such as Heshmat al-Molk’s edifice, the central edifice of Arg, stable, etc.

As one passes through the northern garden along the walkway, a magnificent edifice fronted by a pool shows up. Also known as Tashrifat (ceremonial) edifice, it was the building used for the reception of guests and other ceremonial affairs. This edifice was built by Shokat al-Molk at the central part of Akbariyeh garden. The unique plan of this edifice and its distinguished interior decorations make it a gem on the crown of Akbariyeh. This two-storied edifice consists of a central pavilion flanked by two symmetrical buildings. The entrance to the edifice is a short stairway branched into two roofed stairways on both sides. On the first storey, there is a large reception hall. A corridor beside the entrance connects it to a vestibule. In this vestibule, there are two other pass-ways, one leading to the kitchen and the other to the spaces in the back of the edifice.

Since 1992, the first storey hosts the Archeological Museum of Birjand. Being the largest archeological museum in the South Khorasan province, it includes 6 sections: 1) the pottery section including earthenware objects and potteries from the 3rd and 2nd millennia B.C to the Islamic era discovered in the same province; 2) the Metal-ware section in which items like daggers, arrows from the pre-Islamic era, and copper ewers and coffee pots from the Islamic era are on display; 3) the weapon section including old guns, pistols, gunpowder leather pouches and so on; 4) the lighting ware section which consists of pre-Islamic fat-burning lamps and several other beautiful ones from the recent century; 5) the Quran section which is the central part of the building and hosts a number of different manuscripts of Quran. The most exquisite Quran at display in this section is a Qajarid one with its pages ornamented with gilt flowers and bird illuminations; 6) items belonging to the Alam family including silverwares, glassware and so on.

The other museum in the first storey is the Anthropology Museum opened in 1993. In this museum you can learn about traditional occupations, customs and rituals in the South Khorasan province.

The second storey, reached by two symmetrical stairways on the east and west sides of the building, holds a 22-square meter mirror hall with considerable decorations. There is a vestibule on the west side of the mirror hall used for receiving foreign guests.

The back porch of the central edifice opens to a large backyard laid around a large horseshoe-shaped pool. The 3300-meter courtyard with flower beds is encircled with the kitchen and bathhouse on the south, and several rooms and blind arches on its east and west.

In Pahlavi era, some structures were added to the central building. The Pahlavid part hosts the Wildlife Museum of Birjand on the ground floor, representing many rare bird species of the South Khorasan Province. Other parts of the edifice are now converted into the administrative section and a café-restaurant.

As mentioned above, Heshmat al-Molk’s Edifice is the earliest edifice built in the Akbarieh Garden. Located on the eastern side of the garden, it is a two-storey building with 17 rooms which are now used as storerooms. On the ground floor, two long corridors connect the building to the stable, the northern garden and southern garden. The halls and rooms are arranged on both sides of a corridor stretching from the east to the west. On the south-eastern side, there is an 850-meter stable which connects to the both main buildings through two corridors. Probably, the building was used as the residence of the owner.

The garden is open every day except on the Mondays and Friday mornings. It is also closed on national holidays (only the religious mourning days) from 7:30 AM to 2:30 PM and 4:00 PM to 7:00 PM
Visiting the garden is free of charge, but you need to buy tickets to visit the museums inside
The Archeological Museum of Birjand (in the Central edifice) is NOT open to public due to restoration (at the time of writing)
The Anthropology Museum (in the central edifice), Toy Museum and National Figures Museum are open from 9:00 AM to 1:00 PM and from 4:00 PM to 6:00 PM
There is a handicraft market inside the garden, where you can buy local crafts.

Things To Do In Birjand