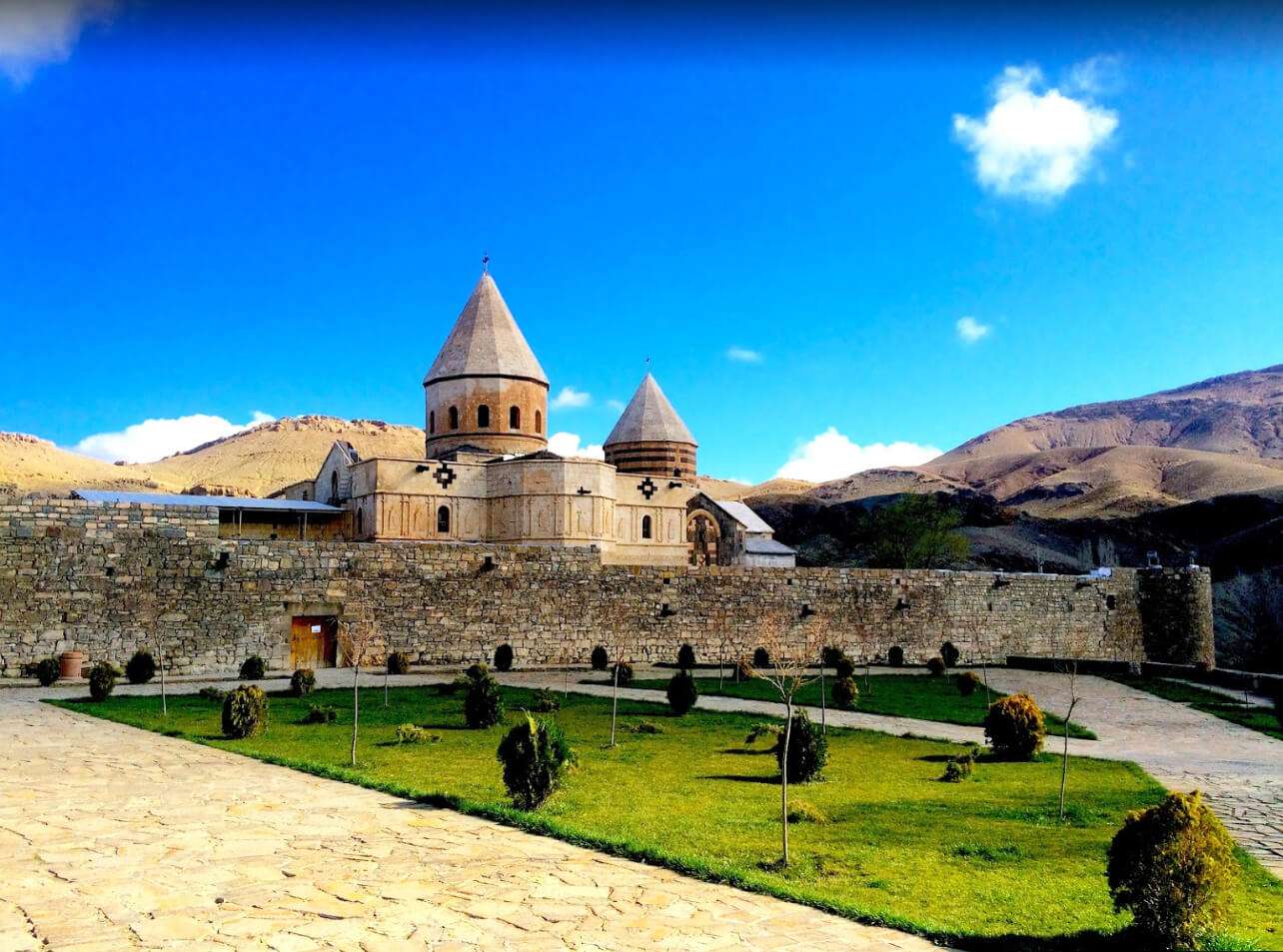 Photos of the Monastery of Saint Thaddeus 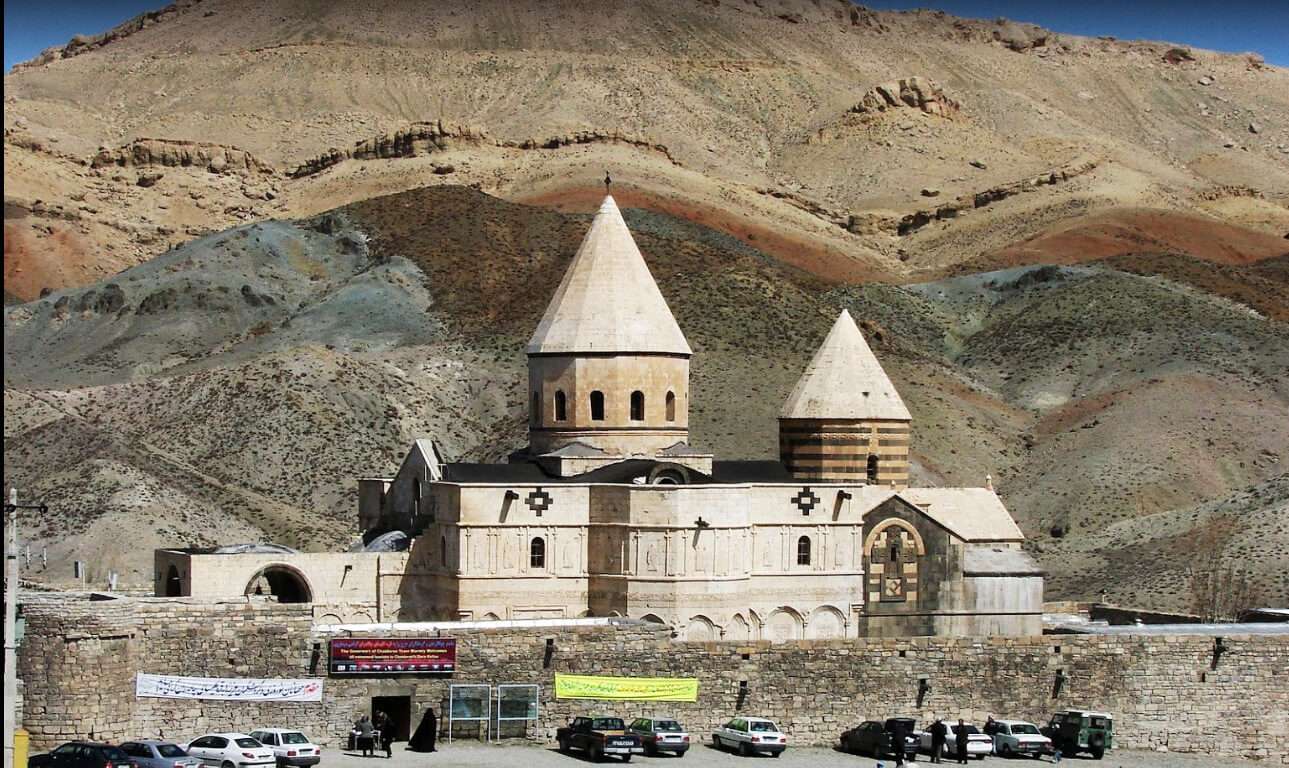 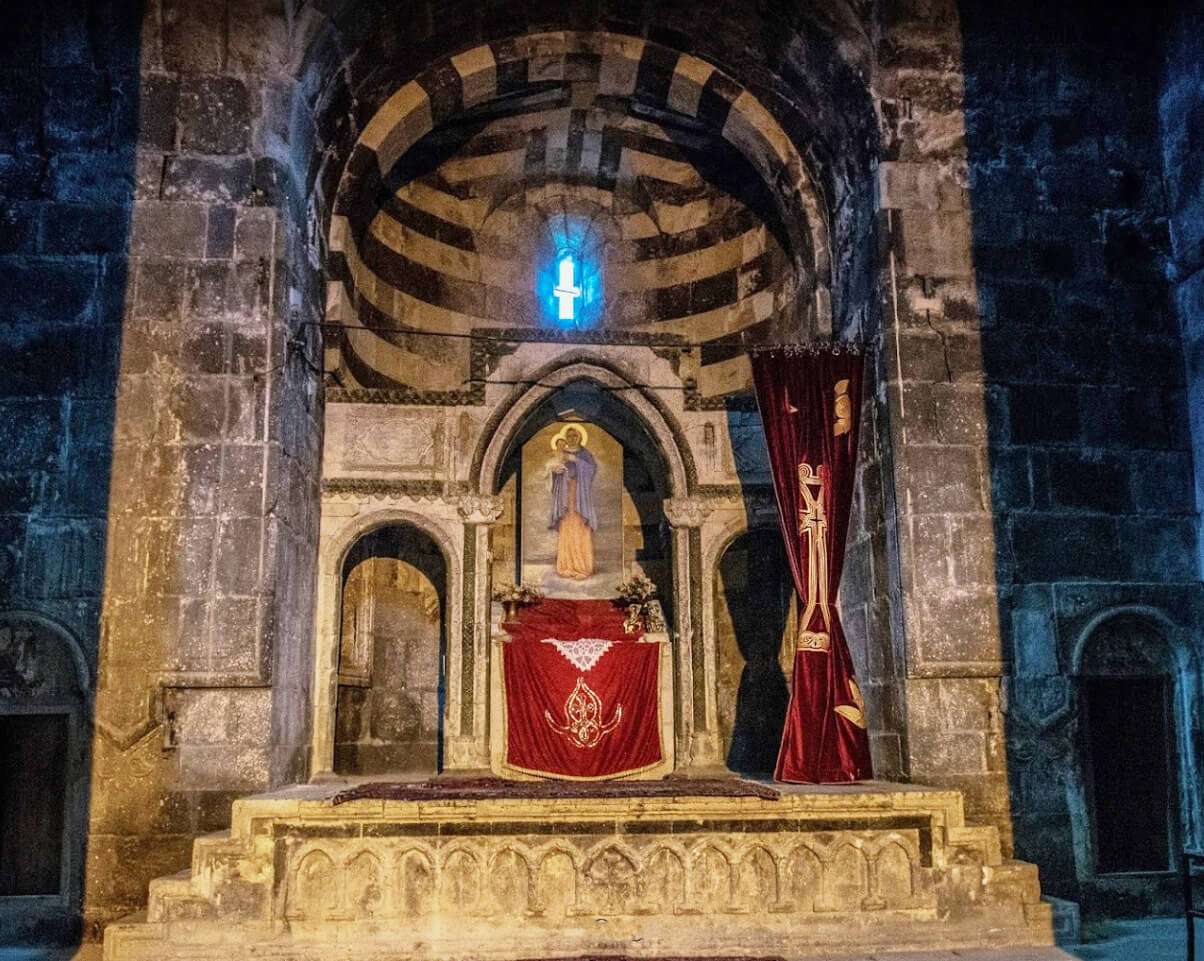 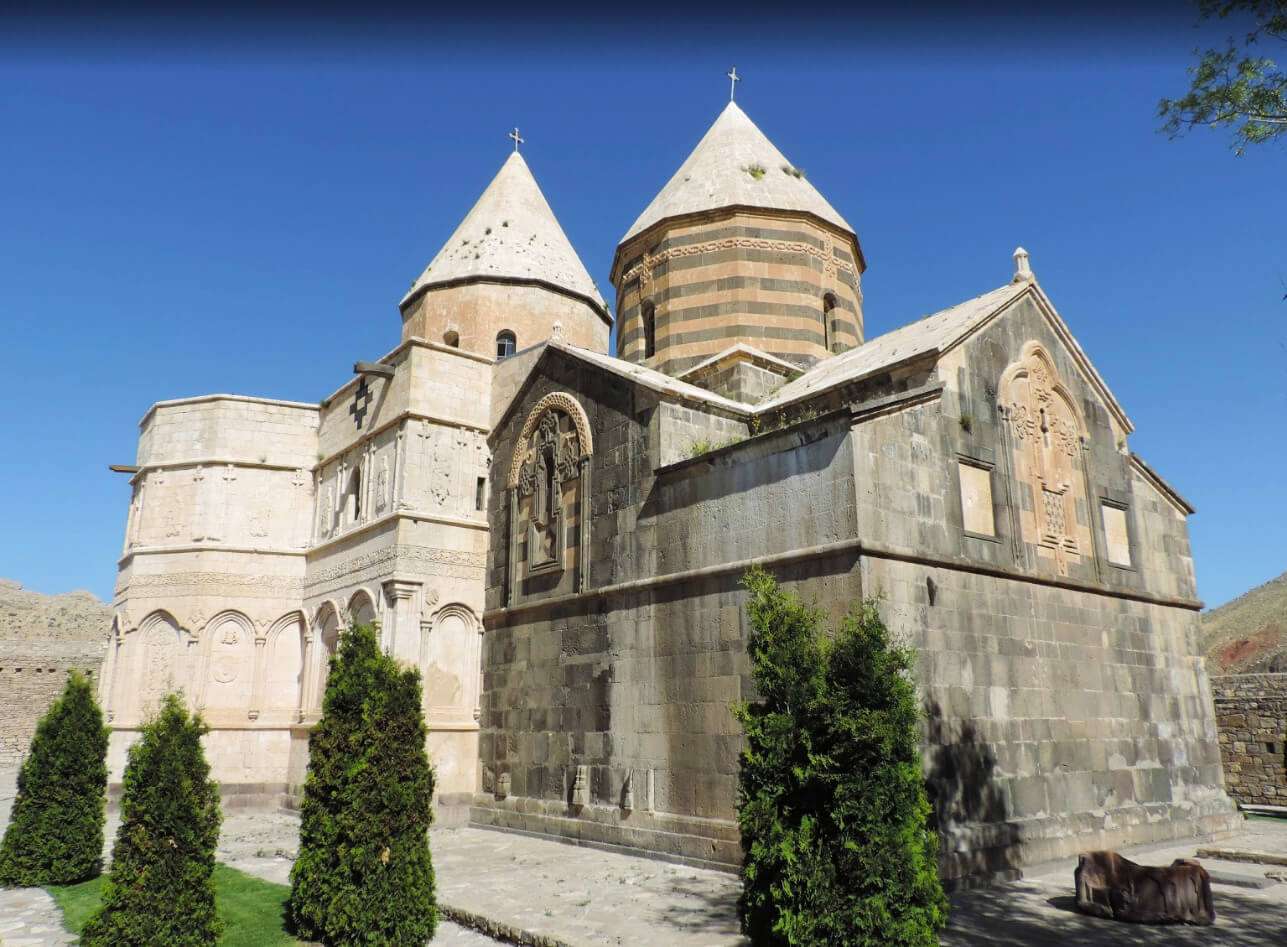 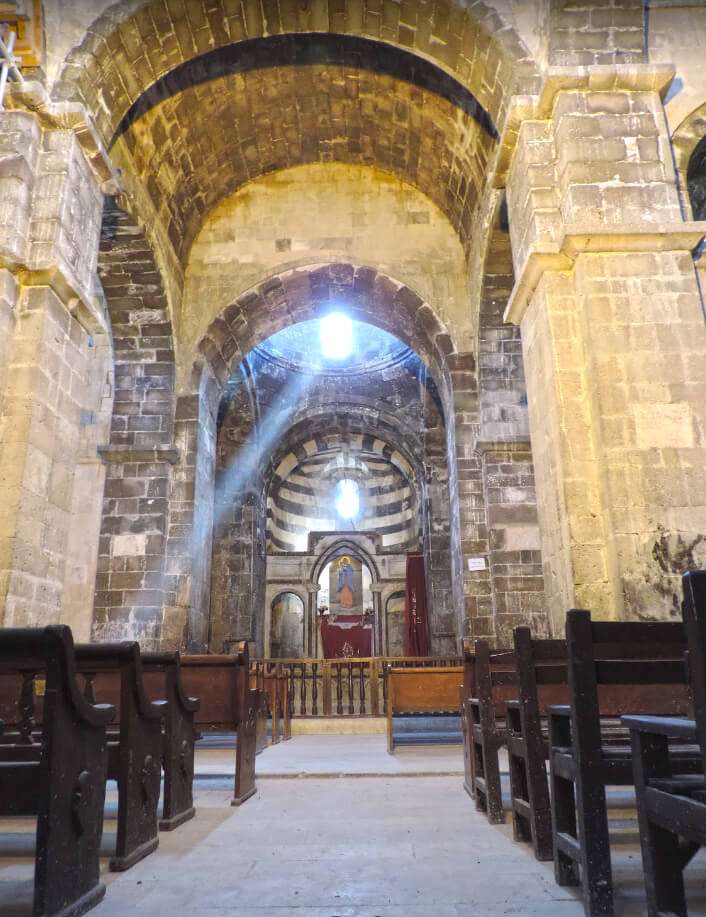 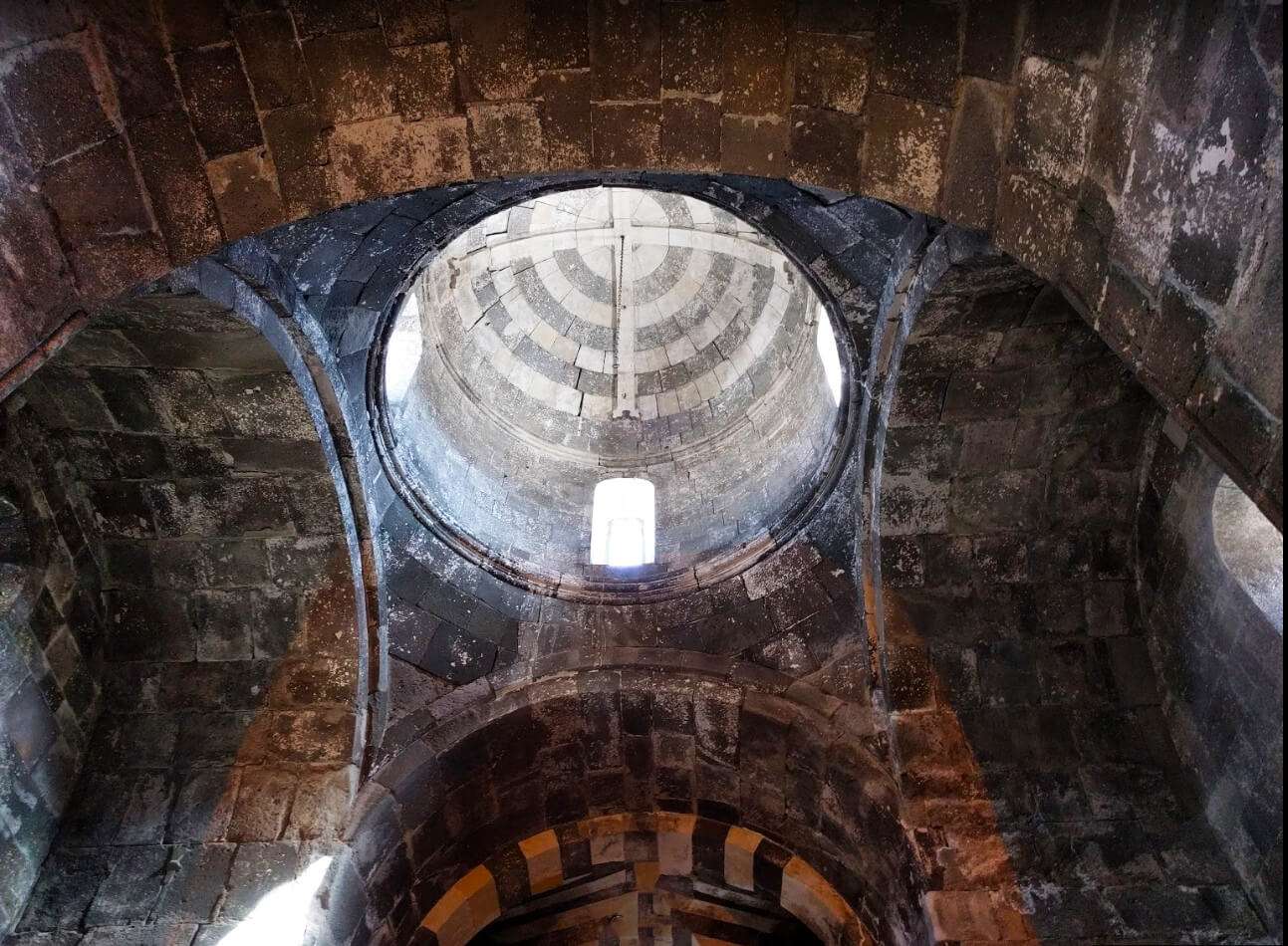 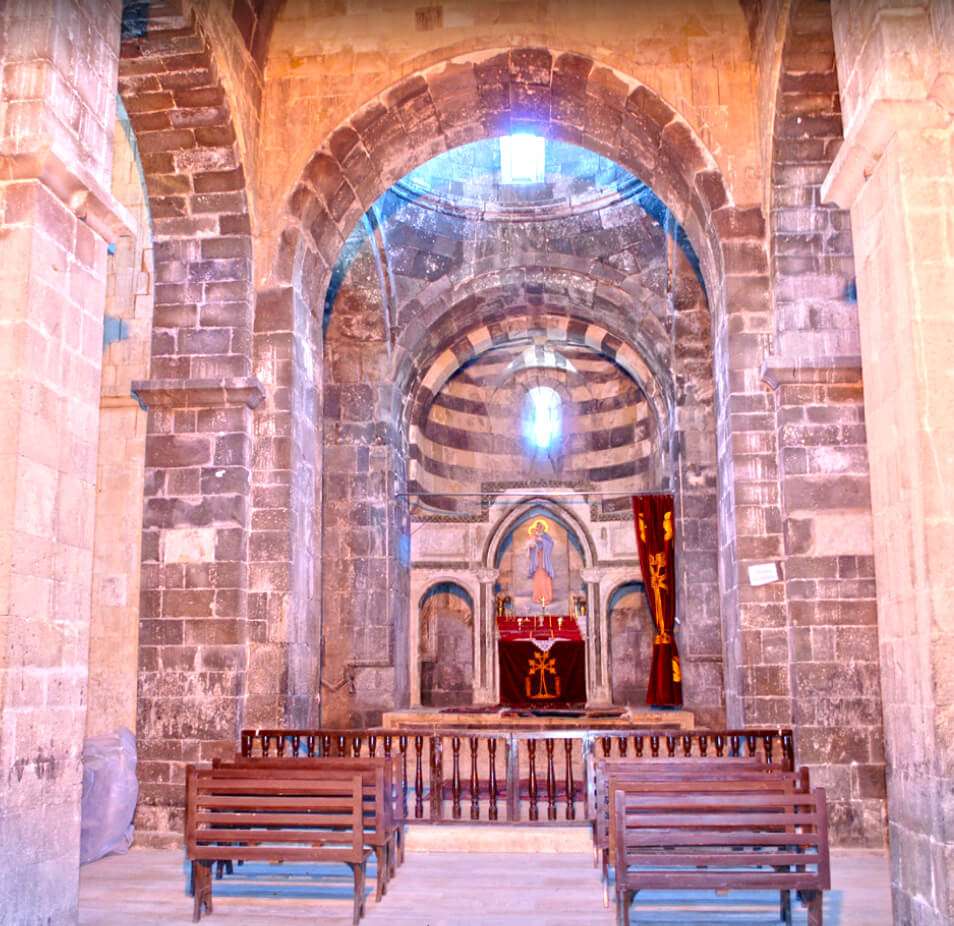 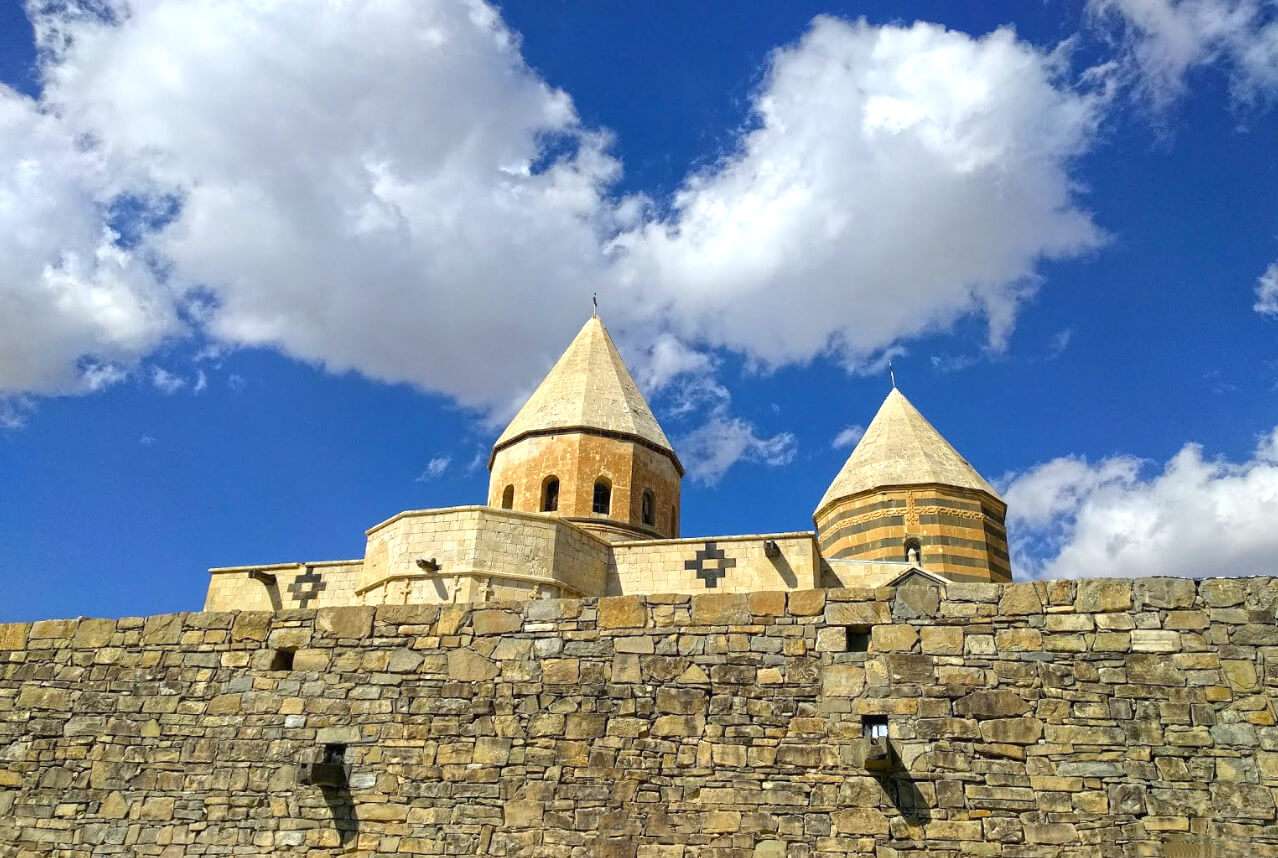 Explore the Monastery of Saint Thaddeus

The vastness of Iran has not only marked a splendid history, but it has also won the country, a strongly felt presence in the history of its neighboring nations. Far from the center of the country, in the Chaldoran region of western Azerbaijan province, you can find one of the unique UNESCO World Heritage sites, the Armenian Apostolic St. Thaddeus Monastery.

Also called Tādeh by the Armenian-Iranians, the monastery bears testimony to events taken place deep in the history of Armenia. St. Thaddeus, also known as Jude, was one of the Jesus Christ’s apostles who, along with St. Bartholomew, undertook the mission of introducing Christianity to a number of countries, including Armenia, in the first century AD. But, as every change of great magnitude takes victims, St. Thaddeus was martyred along with a number of his followers and his body was returned to the Earth at the place where the monastery was built later on, in the 7th century. The Monastery is also called Qare Kilisa by the locals of this region. There are two assumptions about this appellation. Some say ""qare"" means black in Turkish and it is attributed to the building since it used to be of dark color which is still visible in some parts of the church. Meanwhile, others say the word also means big, acknowledging the size of the church as a big one.

The location of the monastery, at the Chaldoran historical region attracts many tourists and visitors to this place. However, in addition to being a site of historical and religious significance, St. Thaddeus Monastery is also one of the main pilgrimage sites for the Armenians living in Iran. The monastery and its environs host Armenians who come here every year to participate in the commemoration ceremony of St. Thaddeus’s martyrdom. The pilgrimage usually takes about four days, hence the pilgrims set up tents around the cathedral. Many parents also choose to hold the baptism ceremonies of their children during these days.

The monastery is entered through a two-panel door, installed in a small recess in the southern rampart. There is a monolithic piece of red colored stone installed above the door. The upper section of the stone is holds an inscription with the carved patterns of two lions on its either side. Unfortunately, these patterns have been slightly washed away over time. On both sides of this inscription, a small pointed arch is built, with a cross carved in the middle.

A number of 47 rooms and halls were built around the monastery for the clergy, the religious scholars, scientists, intellectuals and writers allowing them to hold classes, do their research, write or take a rest.  The lodgings of the Archbishop residing in the monastery are located on the cathedral’s north eastern side. Residence in the monastery was made more comfortable thanks to another set of 16 rooms in the south west, used for cooking, baking bread, storing food, dining, keeping books and manuscripts as well as grinding grains. Later, some of the rooms in the western side of the monastery were torn down in order to make space for the bell tower.

The earthquakes and wars which took place in the mountainous area of Chaldoran, has caused a lot of damage to the structure. The building has been reconstructed partially or completely several times. The present church is a masterful incorporation of black and white stones, indicating the coming together of the old (black color) and the new (white color) in the structure of this church.  The eastern section is the only section that resisted the earthquake of 1319. Since the remnants of the old church boast features specific to ancient temples, such as carved patterns of six angular stars, some accounts point out that the old building of the church was built over a temple in the first century B.C.E.

Every detail in the structure of St. Thaddeus Monastery manifests symbols and emblems peculiar to Armenian culture and religion. A band of carved patterns of grape leaves and pomegranates, symbolizing the Armenian culture, as well as patterns of religious motifs go all around the building over the white stones, on the outside. Carved patterns of crosses and carved pictures of the apostles together with Saint Mary can also be seen on different parts of the outer wall. The black side of the structure is simpler in contrast. The walls at the eastern section are empty of carved patterns or paintings up to four meters. At four meters, a cornice runs around the three walls of the eastern section. Above this cornice, carved on each wall, there is an ornate cross encircled by an elaborate frame. The carved patterns of the cross on the southern and western walls are symmetrical but the one carved behind the altar has a different pattern. The hollow centers of the crosses allow light inside the church.

Inscriptions inside and outside the building manifest the history of the monastery, dates of its reconstructions as well as the memories of its visitors. The building features two dodecagon domes, which seen from afar remind one of the Ararat Mountains in the historical Western Armenia. The dome over the eastern wing was reconstructed after the earthquake, hence the intermission of twelve rows of white and black stones.

The entrance of the old church was located on its eastern side, giving the church an entirely different structure. Reconstructions imposed major changes, including the tearing down of a part of the remaining old structure in order to make the new structure fit in the entire building. In the new building, the entrance has been moved to the western side, making the eastern (older) side the end point of the church. It also has an entrance on its southern wall. Three sides of the latter door are decorated with arabesque patterns. On top of the door, there is a carved and framed picture of an angel holding a cross in his right hand while its left hand is holding a scale. The scale seems to be measuring the weight of a sheep against that of three devils who are desperately trying to cheat in weighing more than the sheep, but to no avail. The frame is surmounted with a pointed arch containing the picture of a woman sitting with her knees crossed and her arms stretched to the sides.

On the inside, the church is comprised of two sections; the eastern and the western. The eastern side is, as mentioned, built by the remnants of the original building of the church and has a black color. The altar together with its two adjoining rooms and three vaults are nestled in this section of the church. The altar can be reached by two sets of small steps on its left and right sides. The edge of the altar facing the nave bears thirteen small decorated reliefs. A stone table is installed in the center while three vaults rise over the end of the altar. The vault in the center forms the small dome of the church on the eastern wing, while four windows have been installed on equal distances from one another around its dome.

The central and western areas of the church comprise four stone columns rising into two high vaults. Their indented surfaces give the columns the shape of a dodecagon. These vaults ultimately support the large dome of the church. Thus, the weight of the dome is mainly supported by the columns inside the church. The walls, vaults, columns, domes and the roof of the church are all made of hewn stones, bearing little to no decorations. The walls inside the church hold the entire structure solemnly together while the ceiling culminates in a pointed arch. Besides the nave, the church also houses a baptism font and a bell tower.

In that part of the church made with white stones, a wide band of decorations runs around the section above the arches of the northern and western walls of the church. The upper section of this band consists of carved patterns depicting elements of the nature, the animals, everyday life, and most importantly, the interaction of man with his kind as well as the nature. The lower section contains arabesque patterns which are repeated throughout the band. The patterns on the two walls have a symmetrical relation to one another.

Things To Do In Chaldoran