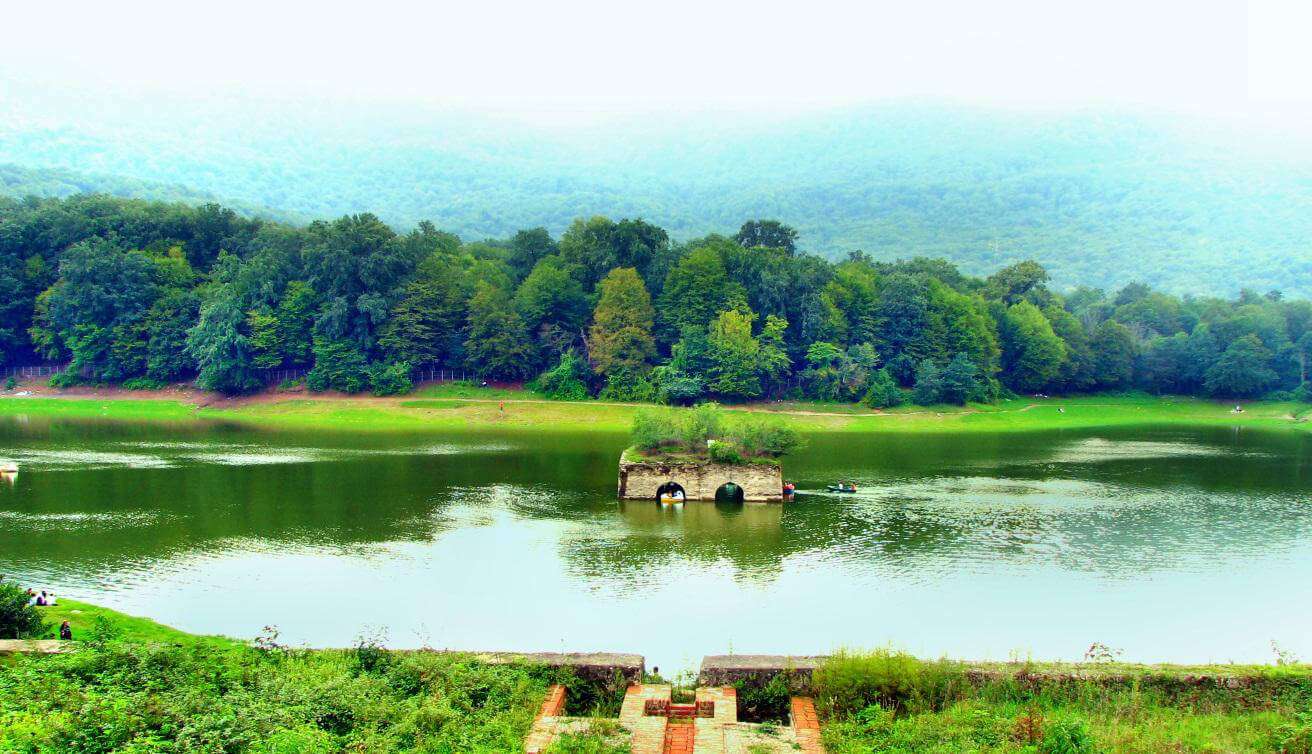 Wandering around the 17th century Safavid Garden near Behshahr, built on the order of Shah Abbas I as his summer palace.

Photos of the Abbas Abad Garden 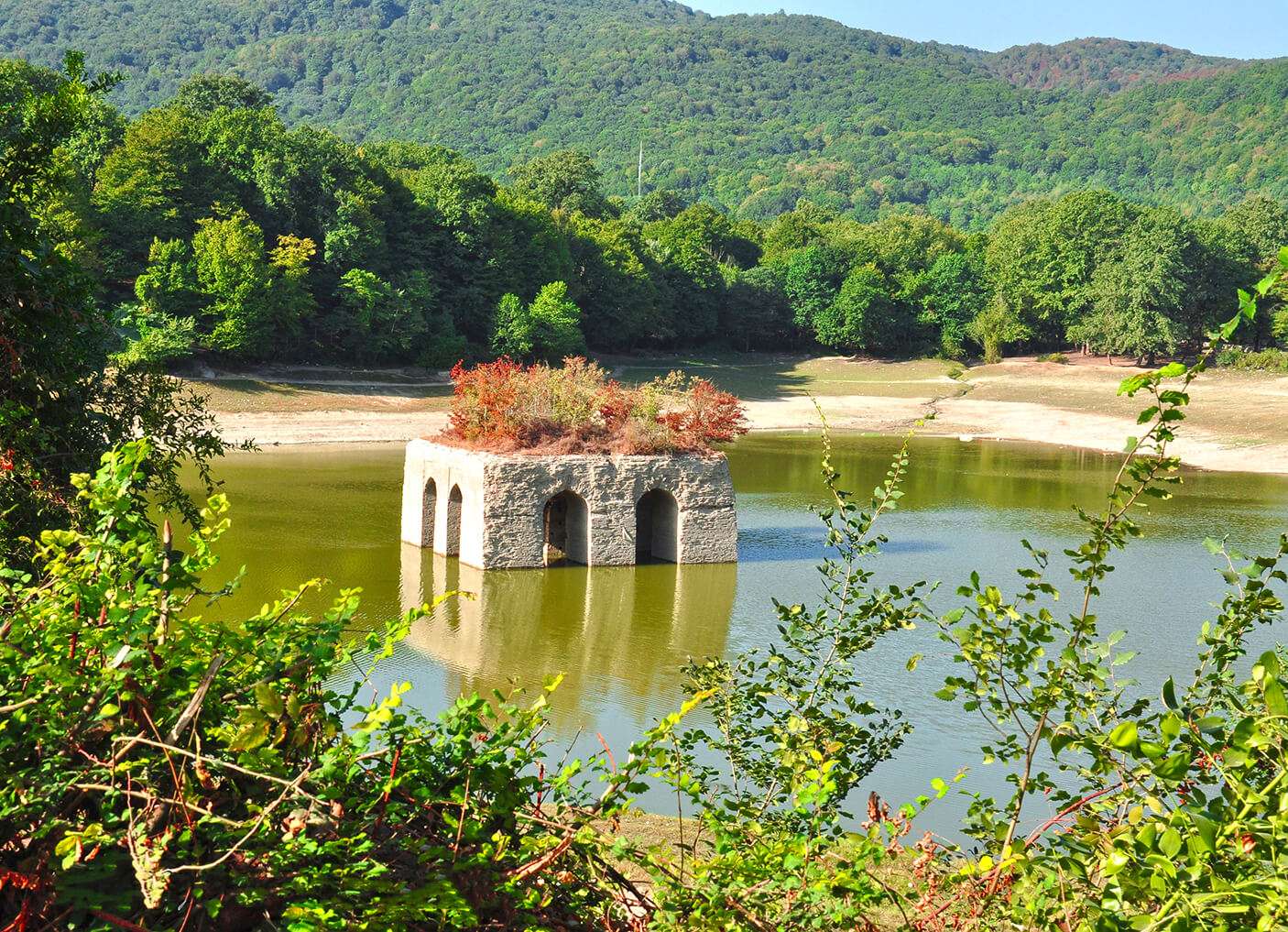 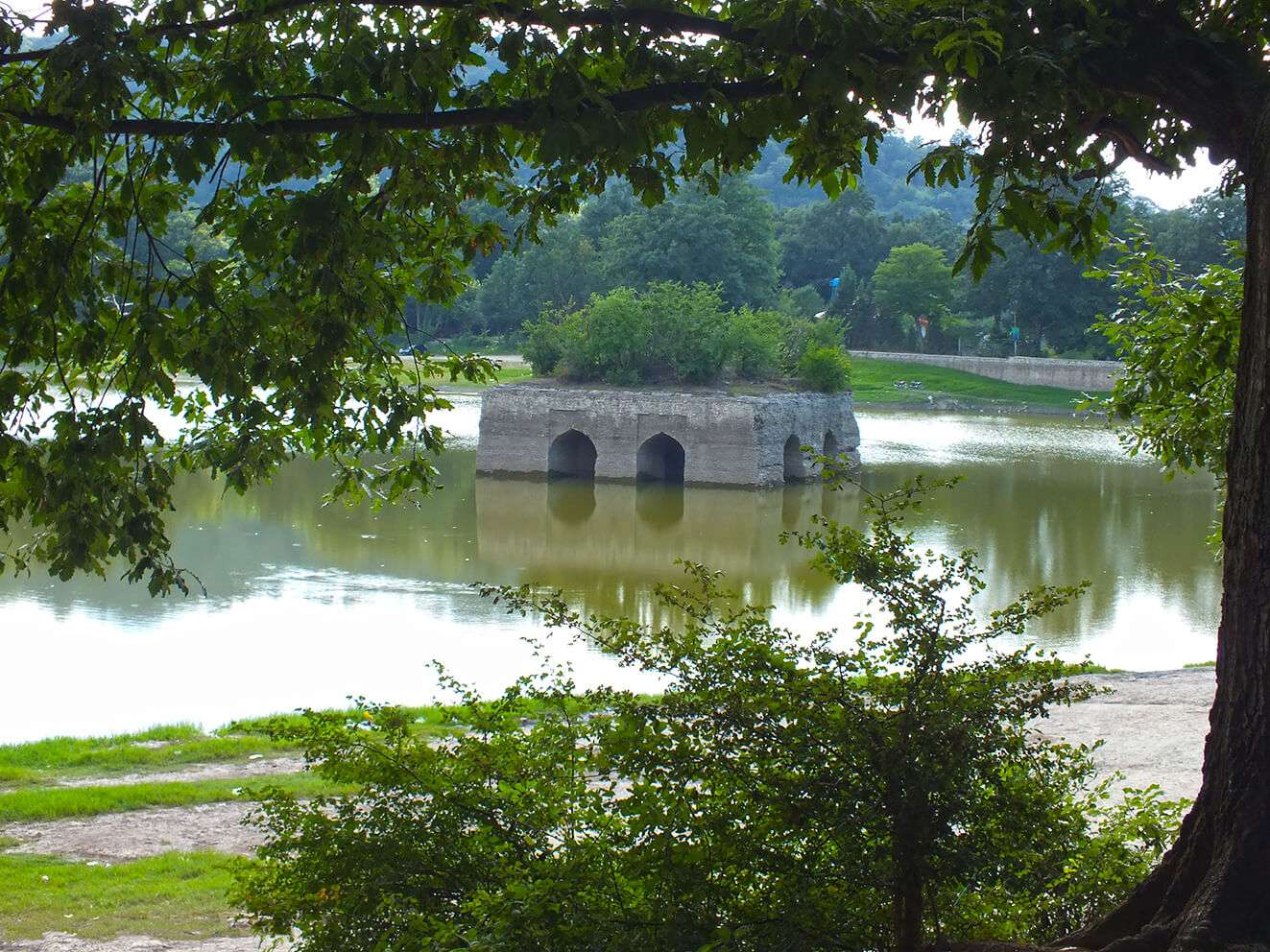 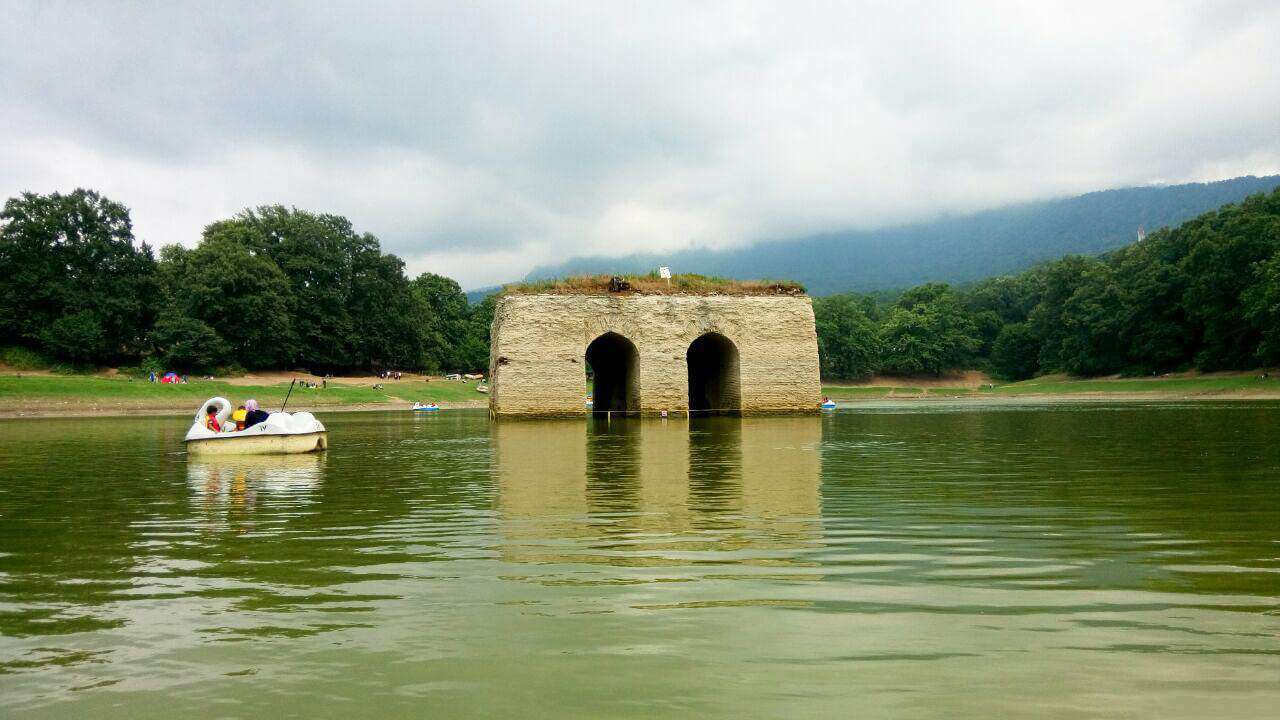 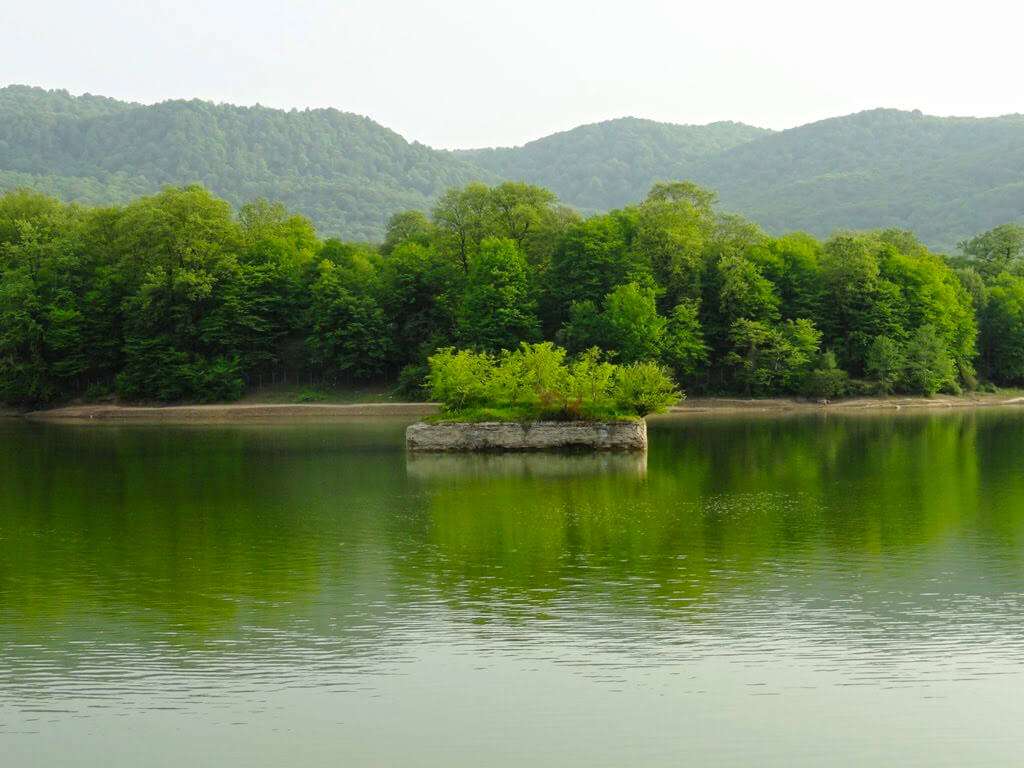 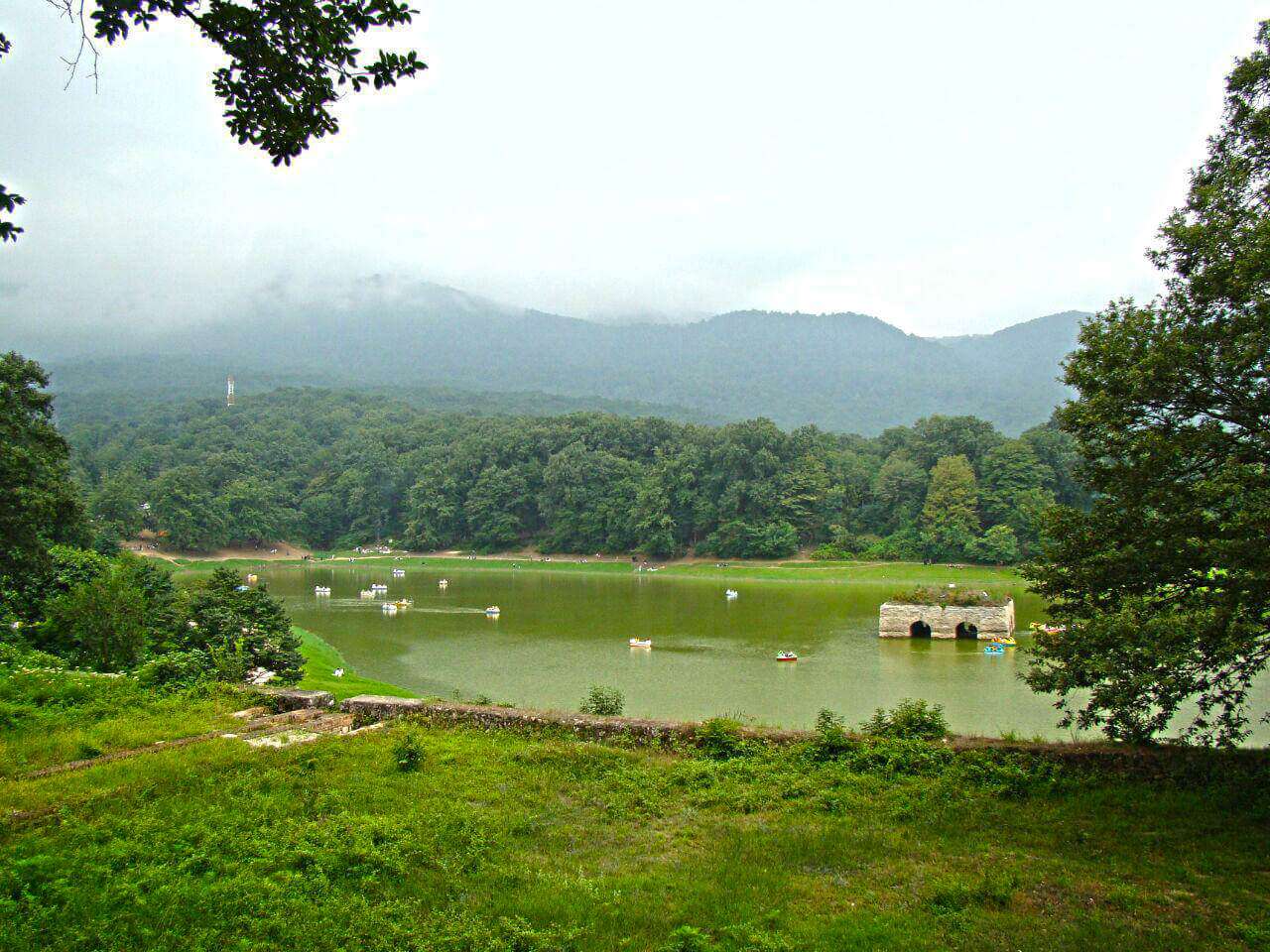 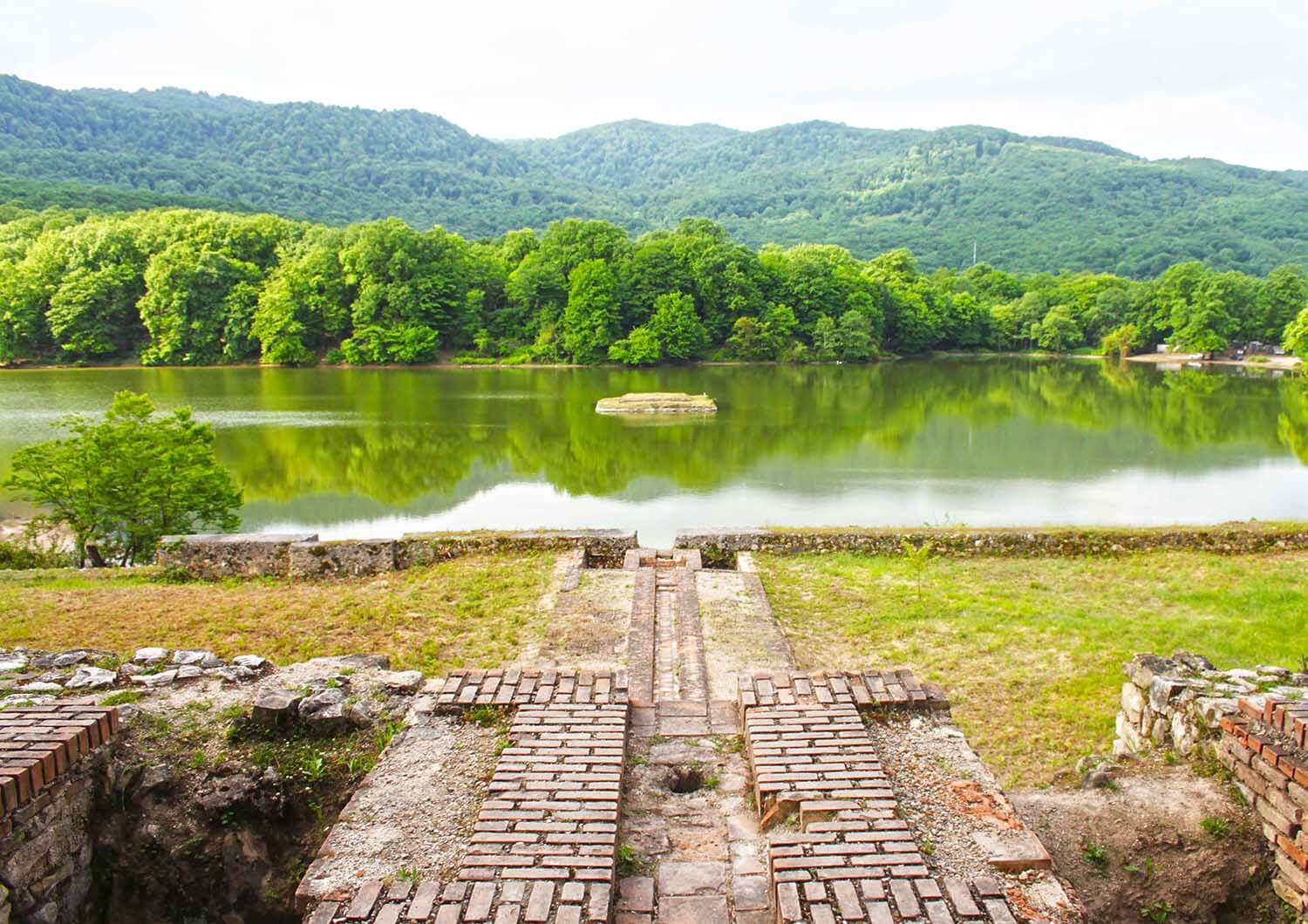 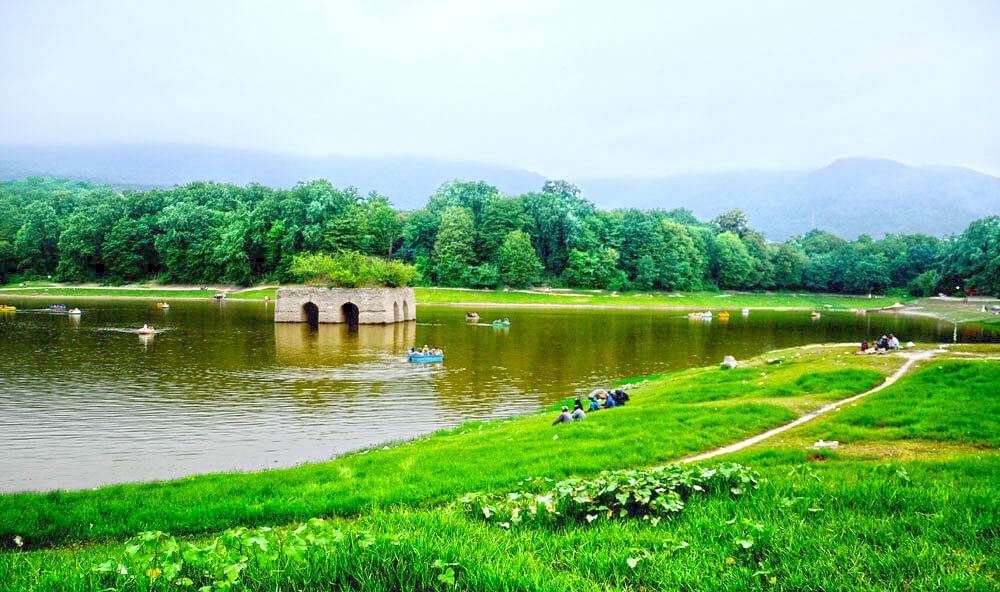 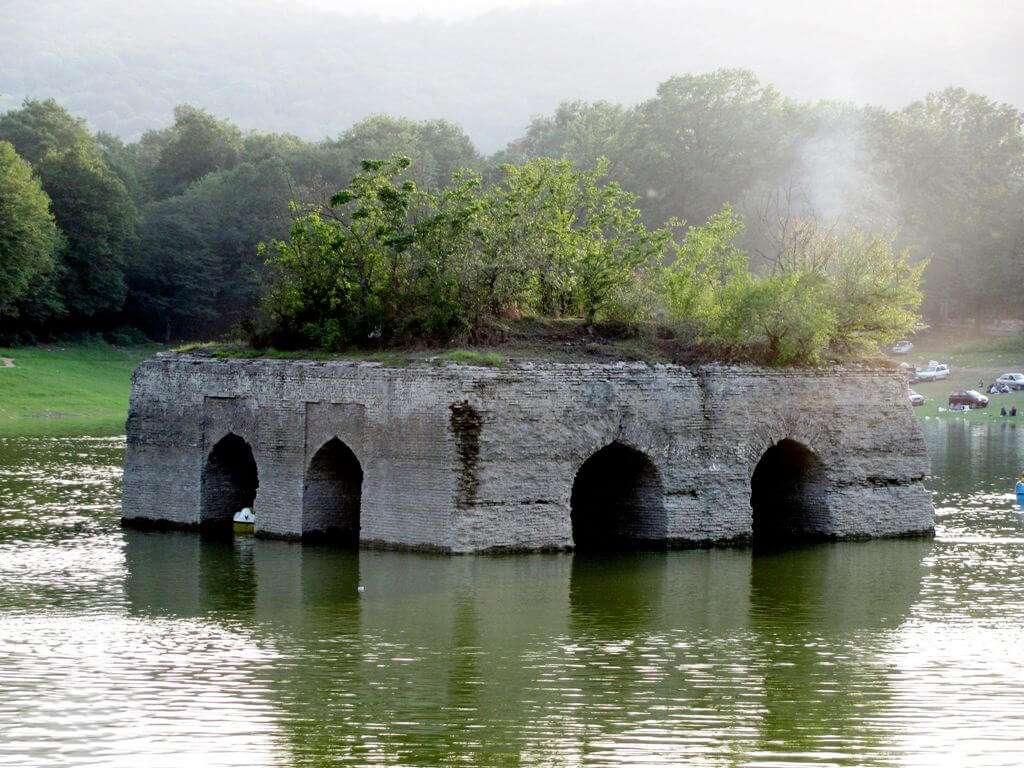 Despite the vast arid area covering the central part of Iranian plateau, the northern edge of the country, a narrow line in the vicinity of the Caspian Sea, is occupied by fertile and green lands. The eastern side of the shore, Mazandaran Province, covered with forest-cladded hills, and rich in water resources always attracted the attention of kings and royals as a place of residence during hot, dry summer days.

Most notably, Mazandaran formed a favorite summer spot for many of the Safavid kings, especially Shah Abbas the Great. This fact is reflected in the writings of Jonas Hanway, an English traveler who visited Iran in the 18th century, which mentioned the southern shore of the Caspian Sea, particularly Mazandaran, as much favored by Shah Abbas.

Shah Abbas commissioned a lengthy cobblestone road (over 500 Km) across the province to facilitate traveling from one city to another. Moreover, several smaller residences were built along this route for the King to rest on his way to the main palaces. One of the main royal gardens built by Shah Abbas in Mazandaran is the Abbas Abad garden, located 9 km away from Behshahr (on the east of the province), on the foot of the Alborz Mountain range. When Shah Abbas founded the old city of Ashraf (the current city of Behshahr) in the early 17th century, Abbas Abad garden was built near Ashraf. This magnificent garden includes a palace, a lake, a dam, a bathhouse, two brick towers, a watermill, and a Gol-Bagh (a series of interrelated ponds to distribute water in the garden), which bears testimony to the engineering skills of the Safavid architects. As Thomas Herbert, the English traveler and historian who visited the garden after its completion (about 300 years ago), testifies the palace of Abbas Abad was beyond just a summer residence. Overlooking picturesque views of the lake and forest, the palace, according to Herbert, boasted exquisite interior decorations including statues and paintings.

The Abbas Abad garden is the only Unesco-listed Persian Garden outside the desert of Iran. This exquisite garden, built on a hill in the vicinity of Behshahr, was considered as one of the architectural masterpieces of the Safavid era. To have the garden built, the hill was cut and a flat platform to house the palace, and a stairway leading to the lake at the bottom of the hill were carved out of it. This symmetrically planned garden, as said before, was comprised of several parts, but unfortunately, not much of it has survived due to the civil wars which took place after the overthrow of the Safavid dynasty.

As the water flowed down from the top of the hill, it formed a large pool surrounded by smaller ones in the middle of the stairs over which it passed on its way to the bottom of the hill. The clay water conduits were used to lead the water from the top hill to these pools and create a relaxing music water garden. This unique system was initiated from Gol-Bagh on the 600 meters distance from the garden. Gol-Bagh covering an area of 3500 meters was a kind of water distribution station.

On the top of the hill, 1.5 km to the north of the garden, you can see the ruins of the Abbas Abad Palace. It was a 40 * 50 meters structure, accessed through a cobblestone road from the garden. Some glazed roof tiles were discovered during the excavations which show that the magnificent royal palace of Shah Abbas was located here.

The other relics in the complex are as follows:

The 10 hectare natural lake, fed by the nearby water springs, has the highest level of water during the spring. It is centered by a Chahartaqi, with no stairs or entrance. Probably, it was used for recreational purposes and, at the same time, as a structure to prevent the high pressure of water and the subsequent destruction of the dam. In the past, there was a wooden bridge connected to the north side of the building. During the winter, the rain water is led into the lake through the canals which are used to irrigate the nearby paddy fields in the summer.

The fortified dam, set amid a deep valley, is built of stone, brick and special mortar (saruj) in the Safavid era. It has a water reservoir with a capacity of 600,000 cubic meters and three valves. It is said that some parts of the reservoir's walls were built by lime mortar to prevent the growth of common cattail on these parts. All in all, this dam may be considered as a civil engineering masterpiece of the 17th century.

In the western wing of the garden, there was a 160-square-meter bathhouse. It used to be decorated with tiles and, interestingly, it was equipped with both cold and hot water distribution systems.

A Garm-Khaneh, on its south-eastern side, was a place with a number of pools where they used to bath. The investigations showed that the interior walls of the Garm-Khaneh were decorated with tiles.

Among the survived Safavid structures in the complex, there is a pair of brick towers, both of them having the same sizes: 14 meters in height and 7 meters in diameter. Since these two towers are located on the water distribution path, it can be surmised that they were erected not only for watching purposes, but also for preventing the water hammer effect (the water hammer effect is a kind of pressure caused when the water in motion is forced to stop or change direction suddenly).

About 5 km to the south of the garden, between the two rivers, there is a water mill built of mud bricks and stones. The water passed through a brick canal and then flowing on a steep slope to spin the water wheel.

There are a restaurant and a teahouse near the lake.

Things To Do In Behshahr