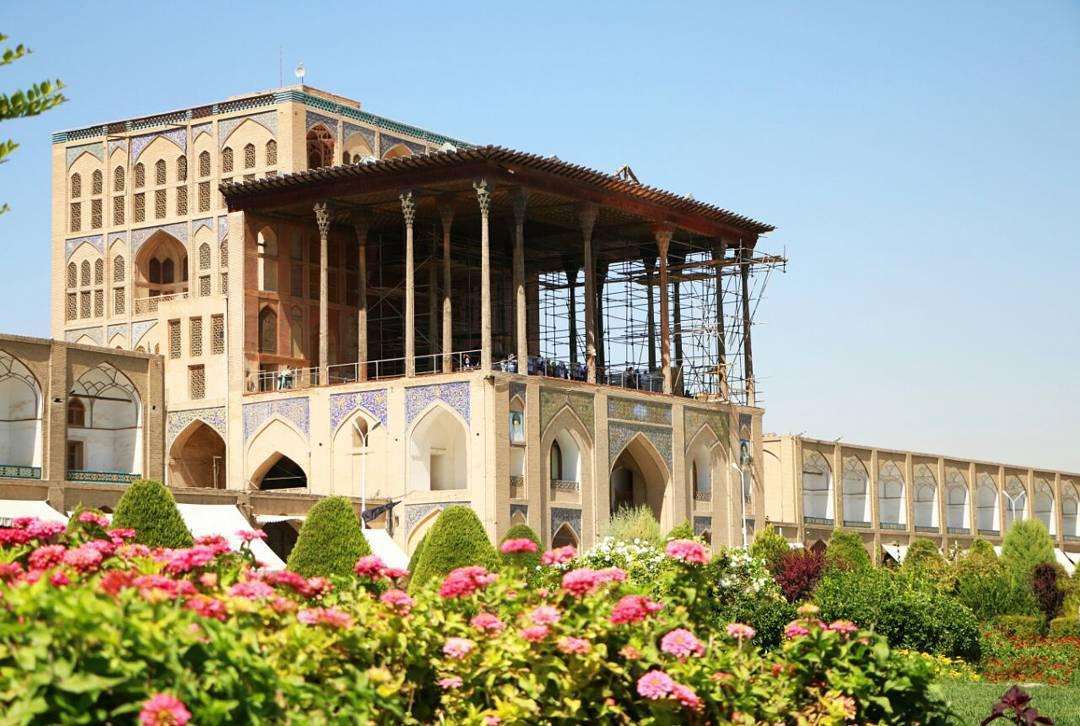 What To Expect
Exploring the 17th-century grand palace on the western side of the square;
Browsing the royal palace of Shah Abbas I, boasting the spectacular wall painting and interior decorations.
Visiting Time
* Best Time

Photos of the Ali-Qapu Palace 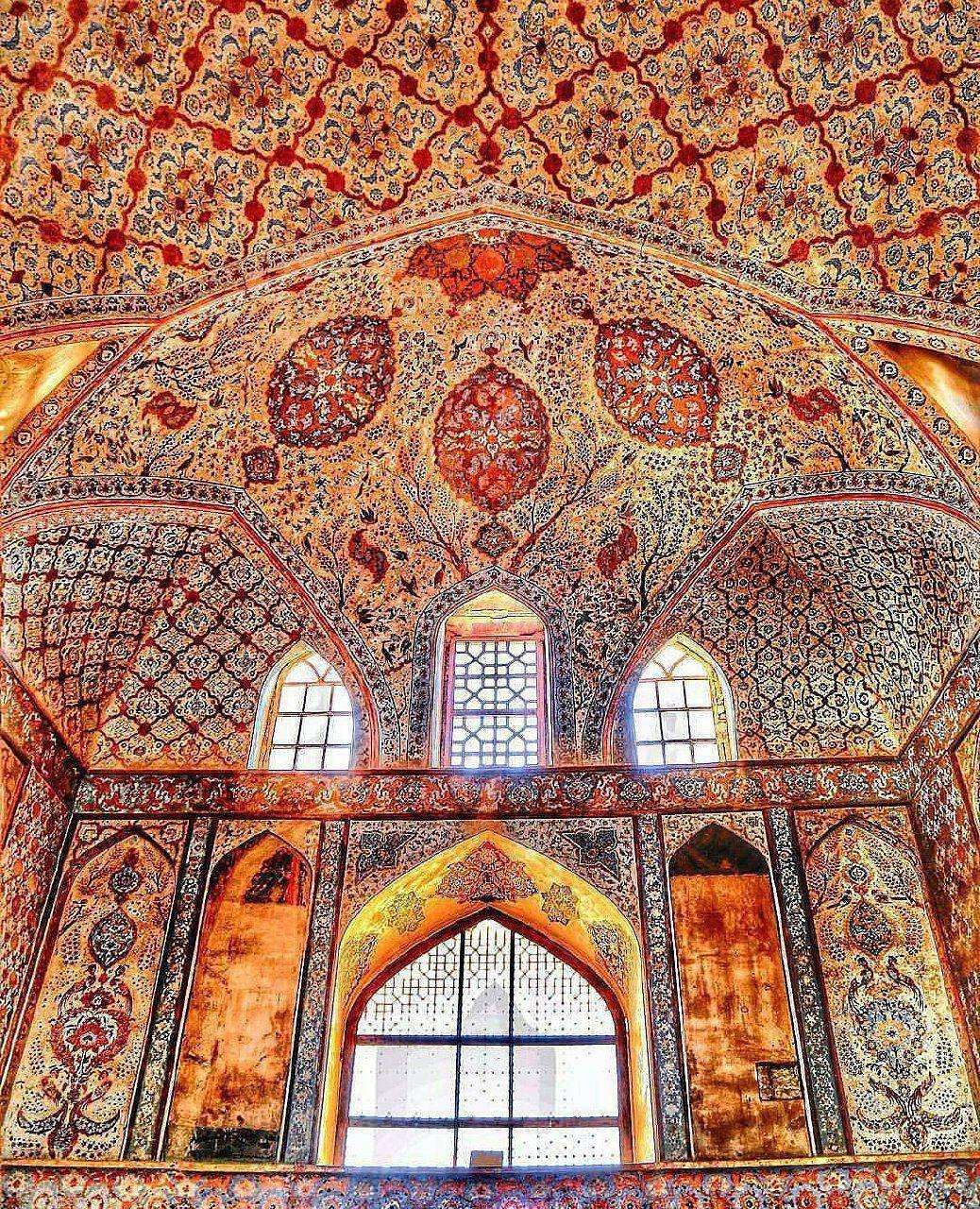 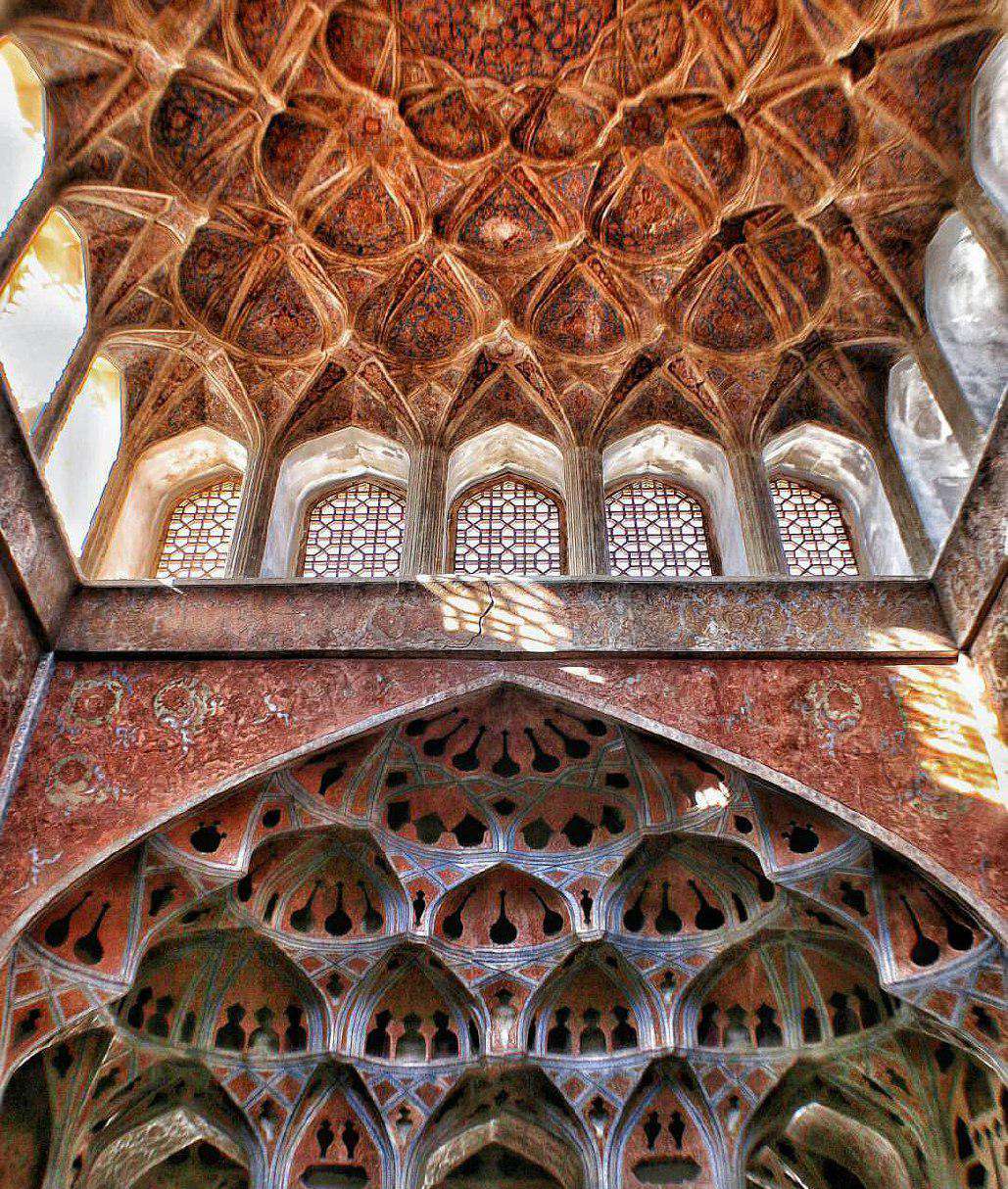 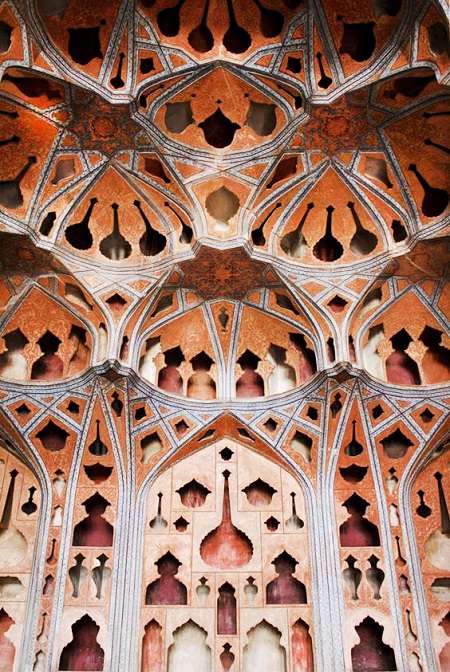 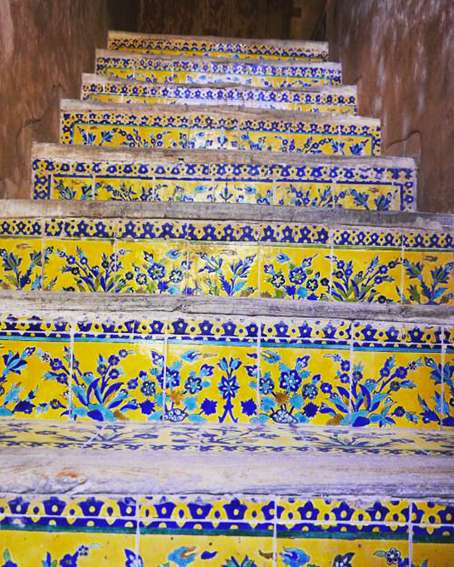 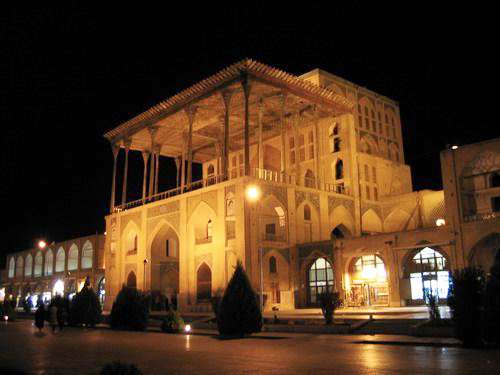 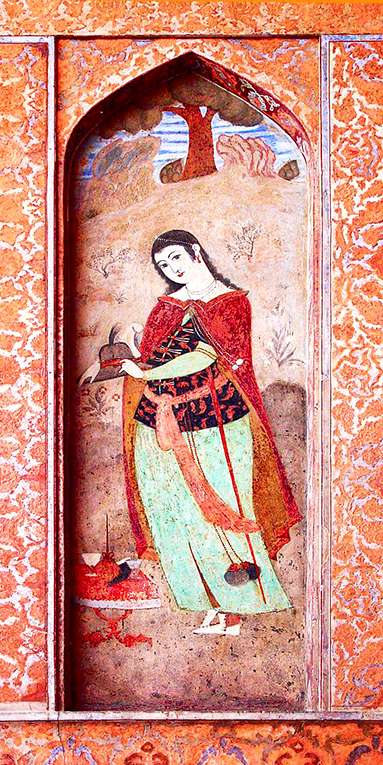 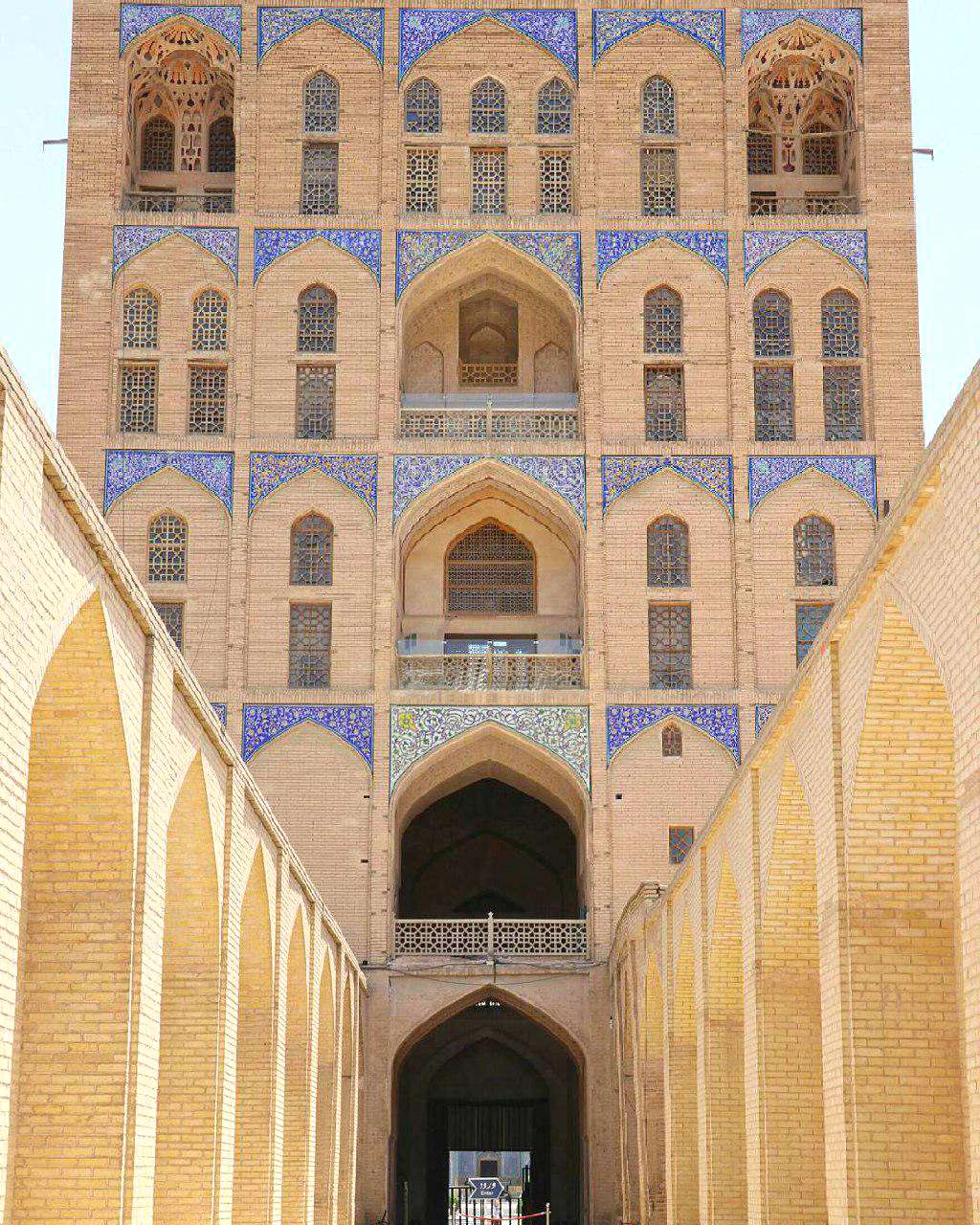 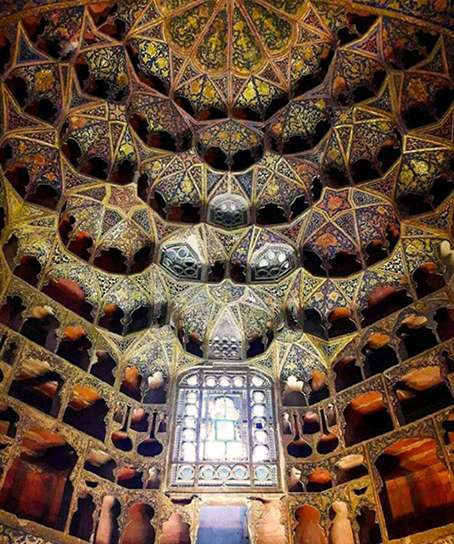 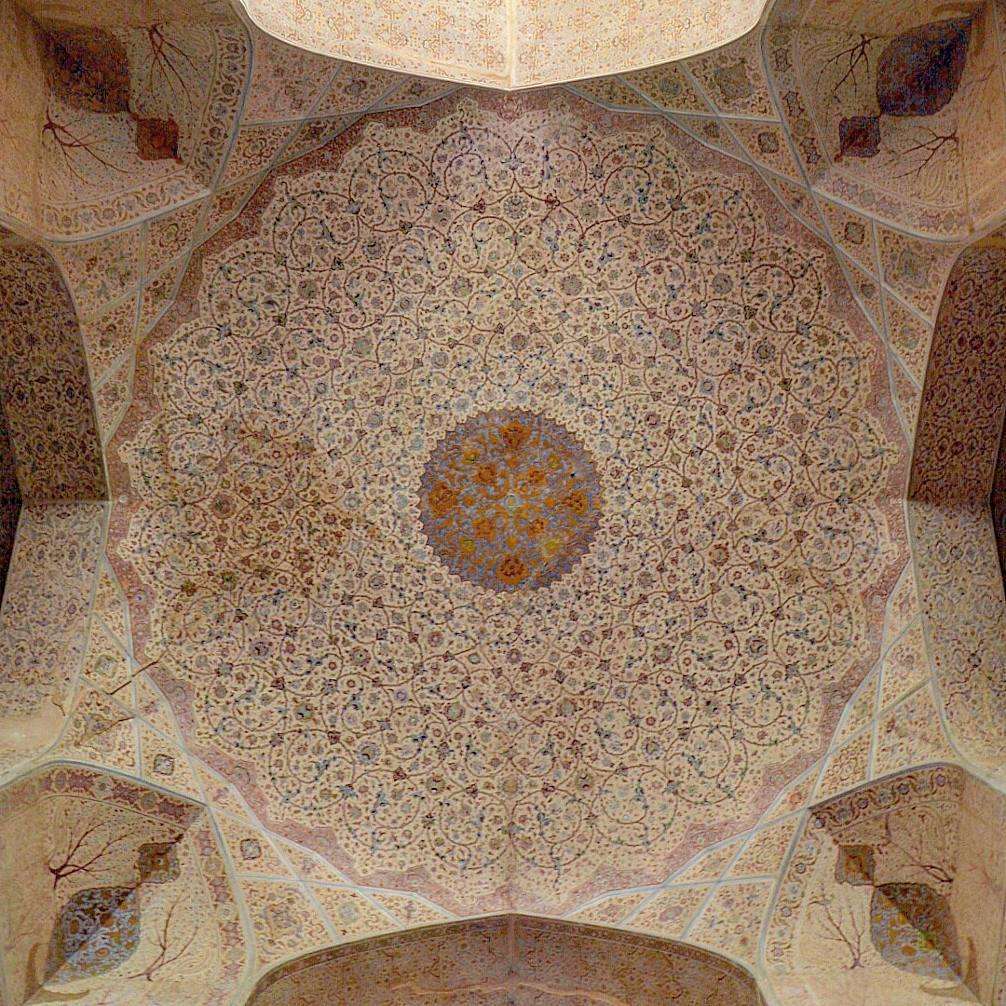 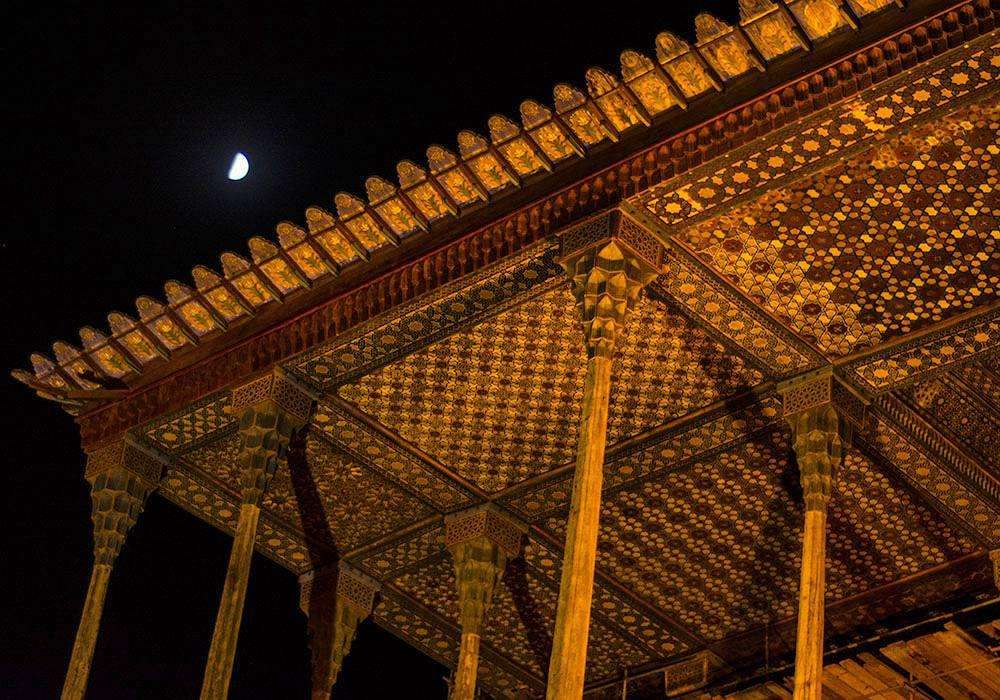 Ali-Qapu Palace  The main administrative center of the Safavids, in the west of the square, is Ali-Qapu palace. The existent building is a splendid six-floor monument; however, the history of its construction is a bit more complex and divided as expansion and restorations took more than one century. At the same time as modifications in the design of the square, when another floor level was built above the shops, the height of Ali-Qapu was also doubled. The Safavids started constructing high-rise buildings in competition to Ottomans. At the site of a 14th century Timurid Palace, Shah Abbas built a four-floor palace between 1592, and 1598. Later, the architect masterfully added a half floor to this four-storied building which is not visible from the outside. Now it turned to the ceremonial edifice to host the official guests. On the later phases, in 1648, Shah Abbas II added the columned balcony and music room to the building to make a five-story building. The veranda was the ideal place for watching games played in the square. It contains 18 columns, added in the last step which were made by the plane trees and used to be decorated in gold and blue color making it a suitable place for the king to receive his guests. Chardin described it as the most beautiful hall in the entire world. The records show that there was a silver-golden curtain around the veranda that was pulled down on special occasions. The last addition was the stairways in the south with an interesting feature that lessens the pressure of climbing with the help of rooms in intervals. Although it was built in several stages, mostly between 1597-1668, the alteration is not recognizable due to the proper integrity and harmony in architectural styles during the time.  This magnificent edifice looks like a two-floor building from the square, a four-floor building from the sides and a six-floor one from the rear view.  Of note is the name of the palace which means “lofty door” in Turkish. According to Pietro Della Valle, a well-known Italian traveler, and also an honorary guest of Shah Abbas I, the door of the palace was brought from the holy mausoleum of Imam Ali in Najaf and installed in the palace entrance. The door was considered so holy that the members of the court, and whoever with the intention to enter the court, was obliged to kiss the door. As Chardin depicts, this sacred door was the haven for people, and no one could take out the refugee except the king and still not in a direct way but by stop feeding them. On your way to the entrance and in front of the ticket budget, you can try the acoustic effect of the hallway; two people against two opposite corners can hear each other even in a low voice.  This Safavid palace served as the entrance to the royal palace laid behind it. Serving these two functions, the palace was highly decorated by the finest artists living in that period. To visit the palace, you need to take the fairly steep steps, but if you make the effort, you will be awarded a unique experience. You will pass through the halls where used to lodge the king, the foreign ambassadors and other high-ranking officials participating in the ceremonies held with different purposes. Once you are at the columned hall, you can have a panoramic view of the square, and you can imagine yourself seating beside the king, as an honorary guest, watching a game of Polo being played in the square. Then, after enjoying this imaginary feast, it is time to go one floor up and have a look at the well-engineered music room demonstrating the awareness of Physics and the rules of sound reflection in that time. Empty vase-shaped stucco work, attached together like a puzzle, has beneficial acoustic properties providing the best ambiance for playing and listening to music. In the music room, the king, his court, and his guests caressed their souls with high-quality music.

You can take an audio guide at the entrance
You can only visit the third floor (the columned terrace), and the music hall in the sixth floor
The narrow and twisted stairs are not accessible for wheelchairs
It may be difficult for elderlies and people with claustrophobia to pass through the steep narrow stairs