The 3-star Mehr Traditional Hotel is located in a 250 year-old building, dating back to the Qajar era. It belonged to the famous Zargar-e Yazdi merchant family. It is the first and the only Iranian hotel which is awarded an honorary prize by UNESCO and the second hotel which has received a quality certificate from SGS. This hotel has 3-floors and 23 rooms including single rooms, double rooms, twin rooms, triple rooms, and four-bed rooms. All the rooms are equipped with free Wi-Fi, a flat-screen TV, satellite channels, a telephone, air conditioning system, a safety deposit box, a minibar and private bathroom and toilet. Breakfast is also daily served in this hotel. The Mehr Traditional hotel has a restaurant serving traditional and international food in the central courtyard and a coffee shop convenient for holding weddings, birthday parties and seminars. Other facilities of the hotel are prayer room, barbershop, private parking, taxi service, laundry service, green space, library, facilities for disabled guests, smoking room, fax and photocopying, concierge service and ATM. By staying at Mehr Traditional Hotel, travelers have easy access to tourist attractions such as Alexander’s Prison, the Jame Mosque, the Water Museum, Amir Chakmaq Complex, and numerous bazaars including the Zargarha, Khan, Panje Ali and Shahzadefazel. 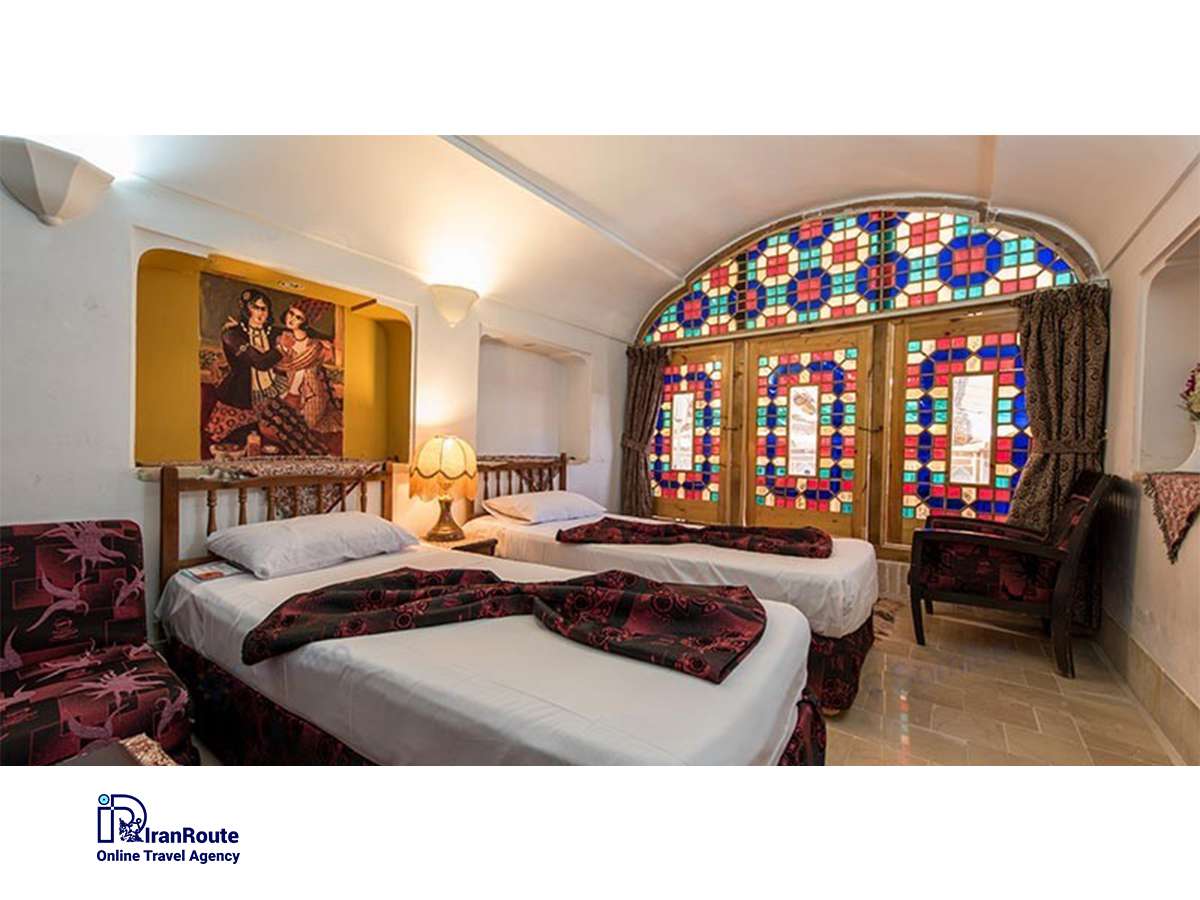 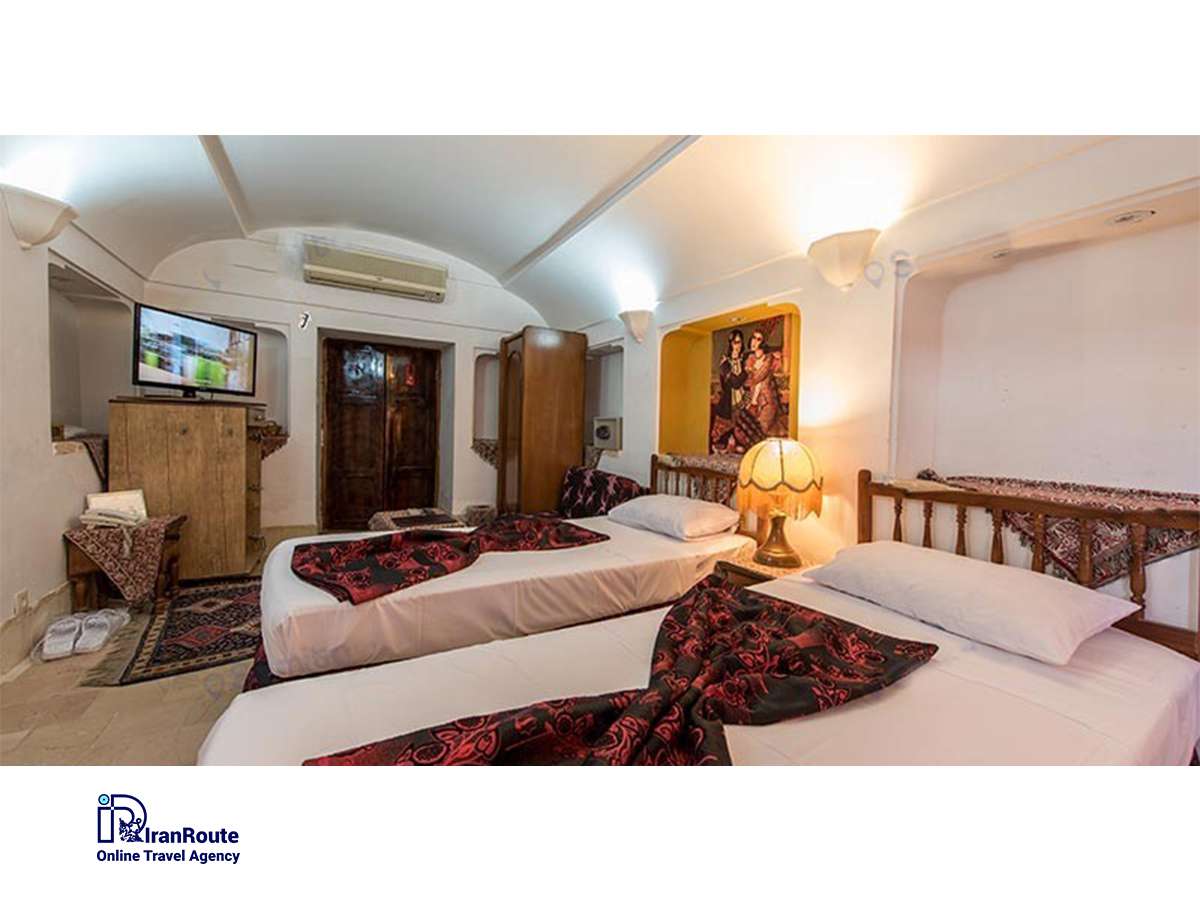 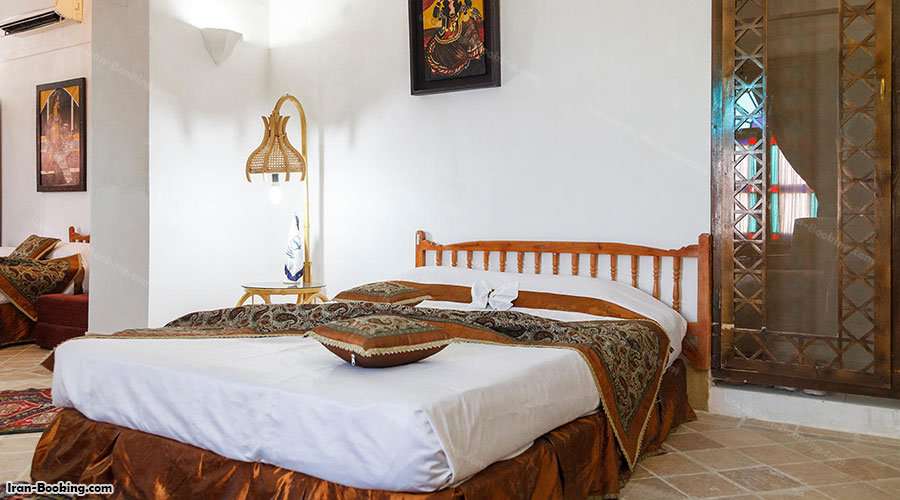 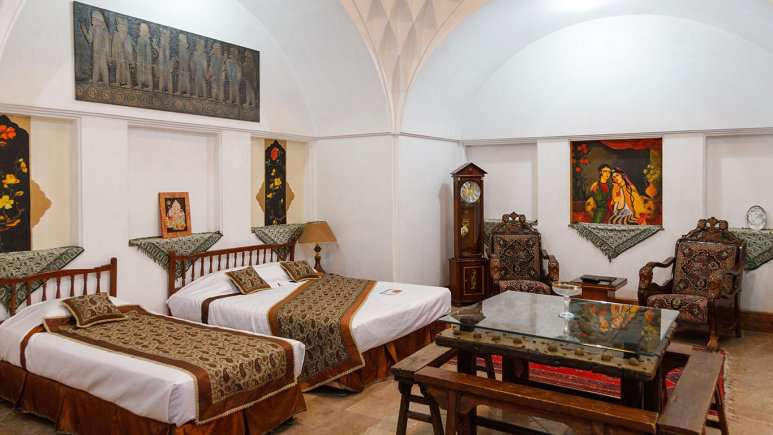 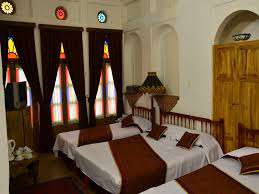